It had rained overnight and was still overcast this morning. We grabbed coffee and yogurt from the continental breakfast nook and headed straight out the door. After a stop to refuel and get some McDonald's breakfast items, we were rolling northbound at 8:00 AM. The $2.65 per gallon gasoline price hurt compared to $1.95 in Tennessee, but not nearly as much as the Ontario price will when we get home.

There were a lot of Pennsylvania's finest out patrolling this morning. Some were driving very creative unmarked vehicles. I wish some of them would look into some of the more obnoxious LED headlights, the ones that are mis-aligned so that they burn holes in your retinas.

We lade our final US gas stop at the Angola Service Center on the New York Thruway near Buffalo. I always like to cram as much of the relatively cheaper US gas as I can into the tank before crossing the border.

The Peace Bridge was back to three lanes and two of them were our direction this morning. There were a few vehicles in the NEXUS lane but it moved quickly. Three questions and we were on our way. We crossed the centre of the bridge at 11:09 and cleared Customs at 11:16. Can't do much better than that. 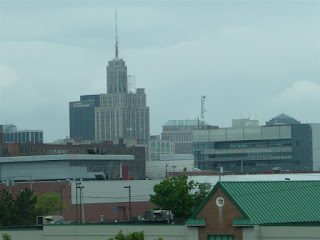 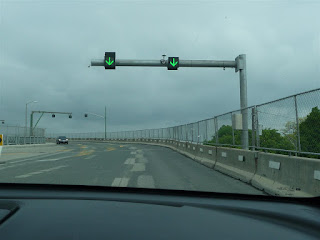 Peace Bridge has all lanes back in service 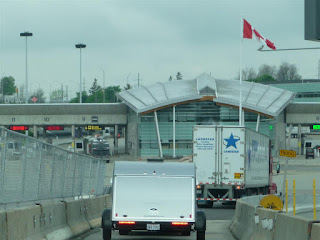 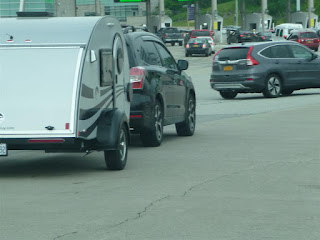 We liked this trailer 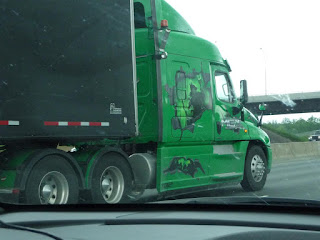 Apparently this is MGX Trucking's only truck

I debated whether to take the 407 Express Toll Road or take a chance on the QEW/401 since it was noon Saturday. The electronic signboard warned of slow traffic through Oakville on the QEW (pretty much a sad and normal state of affairs), so I opted to pay the toll.

We stopped at a McDonald's on Major Mackenzie Drive near Canada's Wonderland. All went well until we tried to exit the lot. Westbound Major Mac traffic was heavy and would be held up by the next traffic light which turned red before ours turned green to let us turn right. So when we had the light to leave, we couldn't because the roadway was blocked with stopped through traffic. After several cycles, I pulled into the left lane and then out into the intersection where I stopped and blocked everyone until the westbound cars moved and let us get lined up. That pissed off some of the main traffic, but such is life. I don't know what dumbass traffic engineer designed that, but he should not be practicing anywhere.

The rest of the trip home was uneventful. It rained off and on and I am sure the construction crews at the Highway 400/11 split will be working on that one project for their entire careers. The fuel warning light came on just as we reached the PetroCan at Horseshoe Lake Road. 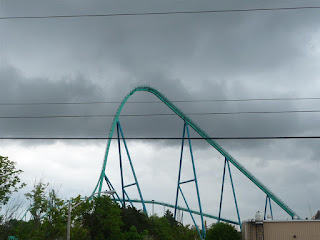 Canada's Wonderland was in full swing 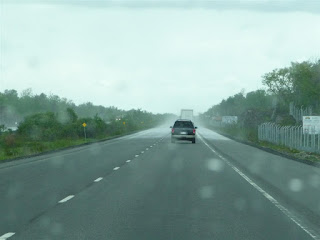 Is that a wall of water before me? 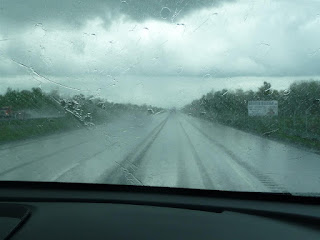 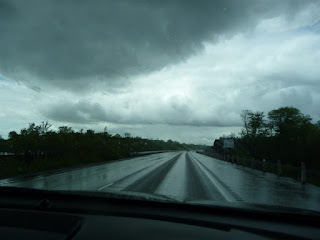 But it was soon over 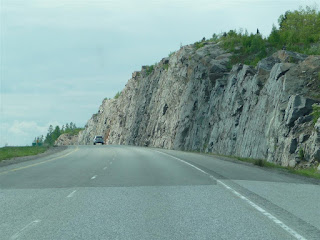 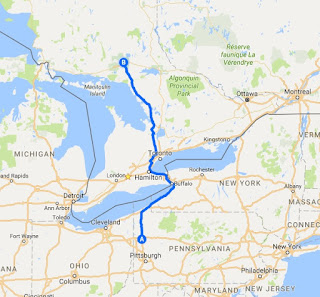