Action Sudbury is a local group I belong to that is dedicated to educating the public about the perils of drinking and driving. Today, we put on a display as a part of an Emergency Preparedness show at the Lionel Lalonde Centre in Azilda. I didn't get there until after noon because I had to donate blood, so I missed the high school students who were bussed in for the morning. I was there to help with the public school kids during the early afternoon. We had them wear our Fatal Vision goggles, which distort the eyesight to varying degrees to simulate impairment, while they tried to play that old standard games, Operation. They also tried putting with the goggles and I learned two things. Normie is really good with little kids and some of them can putt better 'impaired' than I can sober.

It was unfortunate that when the gym opened to the general public at 3:00 PM, about the only people who showed up were a few politicians. Still, carrying the message to the kids is a very important part of our mandate. 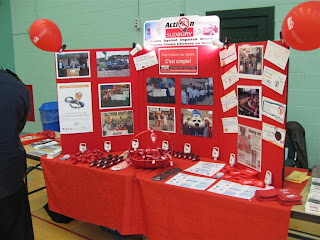 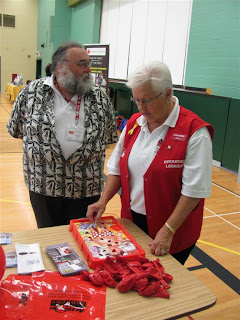 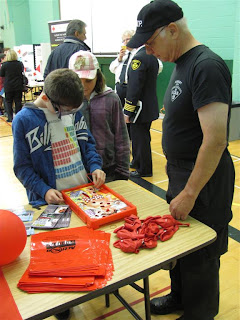