It was a fine but cool Sunday morning. Last night when we went out for supper, Leo and I decided to go for a ride today, weather permitting. And it was. He came over at the crack of 10:00, when things had warmed some, and we set out. Our last minute destination was Cartier, a small railroad town about 60 kilometers north of Sudbury on Highway 144.

Highway 144 is the road north to Timmins and extends almost 200 miles through pretty much the middle of nowhere. It is narrower than most Ontario highways. It also has a lot of twists and winds and not much traffic, making it one of the better choices for a day ride.

We enjoyed the haul up to Cartier where we stopped at the gas station/restaurant for lunch. Which one, you ask? In Cartier, there is only one. Not far north of here lies the Arctic Watershed, the dividing line north of which all water flows to the Arctic Ocean. It's great to be a northerner. Lunch was a bowl of beef/barley soup and a toasted western sandwich washed down with a glass of milk. Outside, we talked to a gentleman with a new (to him) Suzuki C50 Boulevard. He was enjoying his new ride immensely. We gave him information on the Freedom Riders and hoped we'd see him again.

Riding back towards town, we stopped at A.Y. Jackson Lookout, a small park overlooking the picturesque Onaping Falls. I often bring visitors to Sudbury up here to see the falls and the geological and mining exhibits that dot the park. The leaves were only starting to change but there were a few colourful trees to be found. 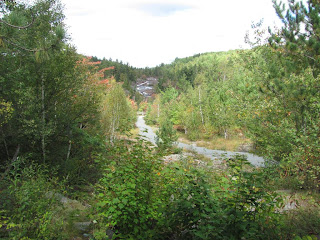 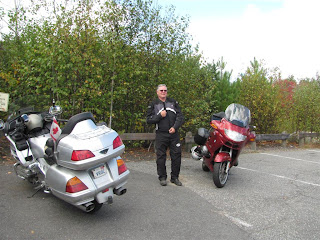 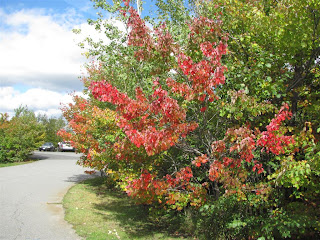 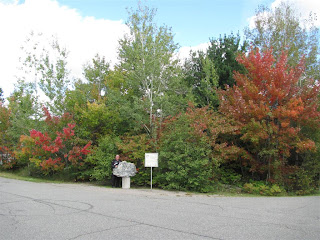 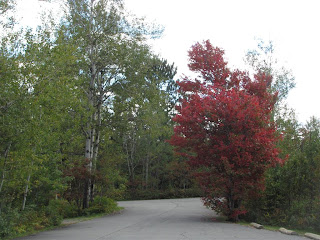 Some foliage starting to change
Riding back into town, I decided to take a detour across The Valley and take a look at a Class A motor home that we saw last night. 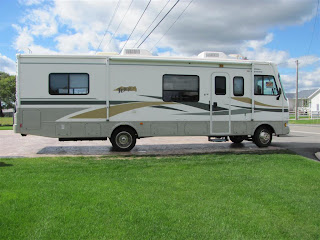 Class A motor home for sale 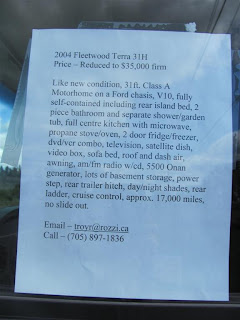 The details
I was surprised they were only looking for $35,000 for it, which put it smack dab into our price range. After talking to the owner, we rode home and got the ladies and came back out for a test drive. All was doing well (although it rode like a truck) as the owner drove it towards Highway 144. I took over and, just before Chelmsford at about 80 KPH, I discovered something I later learned was the Ford F53 Death Wobble. I hit a bump and it started to shake just like one of those belt vibrator exercise things. Being a motorcyclist, I tried to power through it but Leo was quick to explain that, unlike a bike, the only way to get out of this with a truck was to slow down. About 40 KPH, it settled down but I was somewhat unnerved.

Back at the house, we said we would think about it. I learned later on the net that there are mods that can be done to correct the wobble problem, which seems to be a characteristic of some Ford F53 chassis'. It isn't that common and it was just my luck to find it the first mile I drove it. After consideration, despite the fact that this was an immaculate low mileage unit, we decided to pass.

The real accomplishment today is that the search for a motor home has gotten underway.