It was another sunny morning in Massena. We weren't in a hurry so I caught up a little on the blogging. It is difficult to stay current while on the road but I can't let myself fall too far behind. We decided to skip the meager continental breakfast offering and go down the road to see what we could find.

I decided to avoid the 37C route we took last time through Mennonite/Amish country and stayed on Highway 37. The downside was that it took us through the extended reduced speed zone of the Akwesasne Reserve. Except for the casino, where there is major new construction going on, I find this area to be quite depressing.

Approaching Chateauguay, we found even more wind turbines have been added south of the road. I tried to look up some details on this operation but everything I could find said the wind farm was complete back in 2009 and wasn't as efficient as had been hoped. For some reason, there seems to be a shroud of secrecy around what is going on these days. I also marked the location adjacent to the windmills where someone always has rebuilt VW Beetles in the yard. 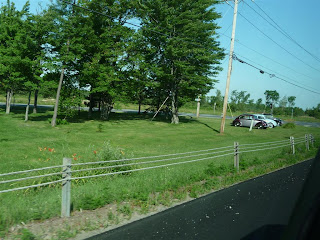 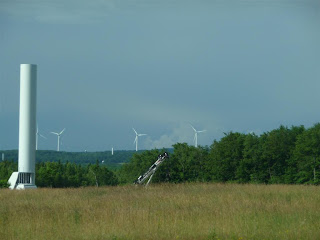 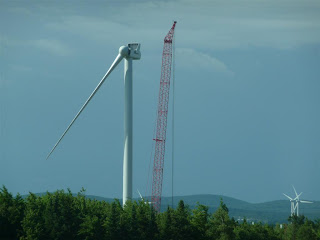 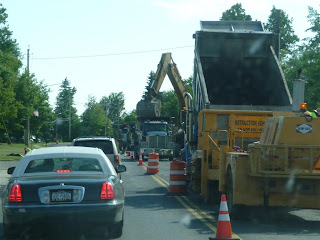 Past Chateauguay, we reached Champlain and stopped at McDonald's. Unfortunately, we were right behind a busload of seniors who were on their way to Saratoga for a ballet and wanted their senior coffee and muffin right now. I will give the counter staff credit for dealing with the influx quickly and cheerfully. Although I will be sixty years old in two months, the ballet fans made me feel like a youngster and yet they were still out and enjoying the world. More power to them.

The McDonald's breakfast steak on a bagel (or whatever it is called) hasn't made it to Canada yet and I forgot how much I like it. Meanwhile, the posted gas prices at the I-87 exit were $3.83 per gallon compared to $3.53 near Ogdensburg. Same state, big difference. I am not sure why unless they are getting Quebec traffic coming down for fuel. Compared to Canuck prices, this is still a real deal.

We continued on to Rouse's Point and over the bridge (still one lane due to construction) into Vermont. At the Rouse's Point border crossing, we could see a backscatter radar truck examining two cars. Haven't seen one of these since we were part of a test a couple of years ago. 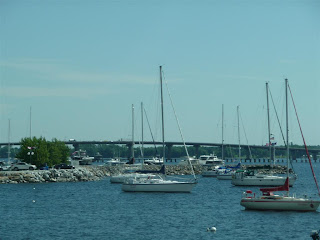 Boats at Rouse's Point and bridge to Vermont 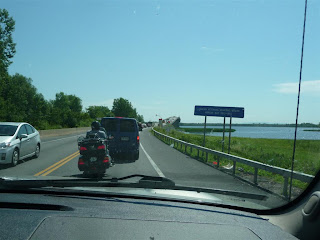 In Vermont, we went straight over to I-89 and stopped in St. Albans for fuel. The pump stopped just short of $100.00 so I didn't need a second transaction. Calculation showed we averaged 19.0 MP(US)G.

As we cruised down I-89, I noted that we passed Milton and Swanton. These are the names of the towns in New Hampshire and Ohio where we are heading on this trip and it made me think again of how many place names get re-used throughout the USA. In Canada, with the exception of Aylmer and a couple of other places, each name is discrete. I guess we don't have as many places.

Near Burlington, we again saw a sculpture of two whale tails. This time, I looked it up and found out it is called Reverence but is know locally, of all things, as Whale Tails. It is meant to "symbolize the fragility of the planet".  Sounds pretty hippy to me but this is Vermont. 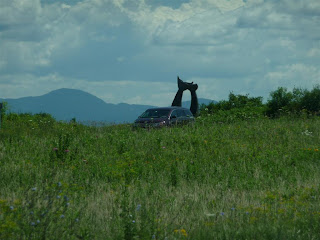 A ways down the road, we saw a "Bear Crossing" sign. I have seen crossing signs for many things including ducks and turtles, but this was a first. Entering New Hampshire was a but hectic due to road construction but  it cleared up and the rest of the drive to Concord was peaceful. We stopped and picked up a Subway ham and cheese sandwich to go where I discovered, despite NH not having a general sales tax, they charge 9% on restaurant and hotel purchases. Satellite radio still sucks along here due to rock cliffs and trees. 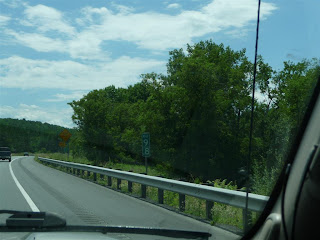 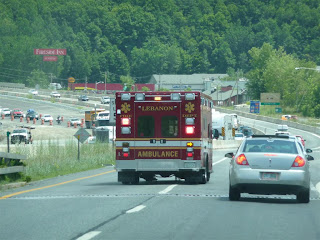 At the end of I-89, we turned north on I-93 and then followed US 202 to Sanford, Maine. The Super 8 was on the far side of town across from the airport. We got checked in and then took a drive to Kennebunk and Kennebunkport, made famous by the Bush family. The coast was much warmer than when we were in York a few weeks ago.

The Kennebunkport property values have to be way up there because a number of real estate signs listed Sotheby's as the agent. Sandy was amused when one of the roads we took was named Cat Mousam Lane. That would look nice on a return address. 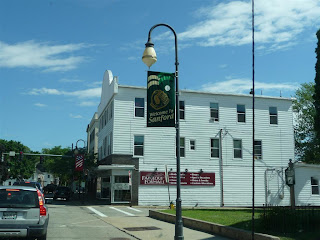 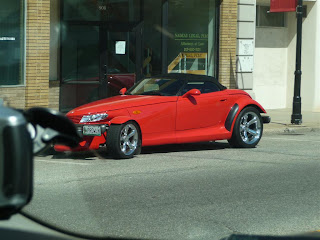 Haven't seen one of these in a while 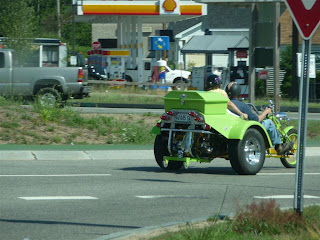 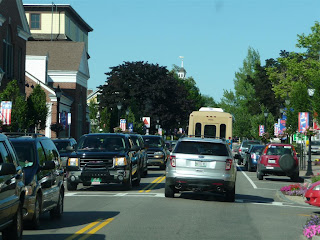 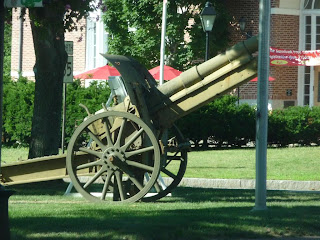 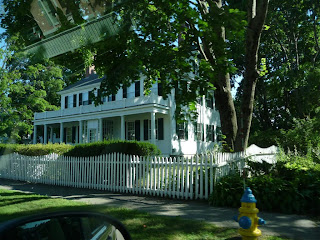 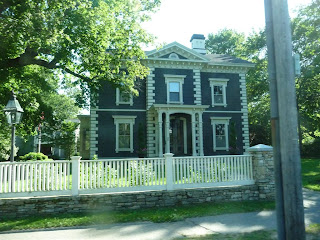 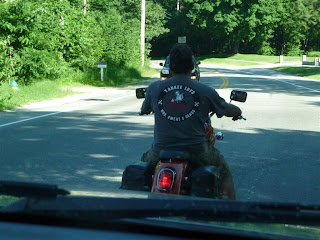 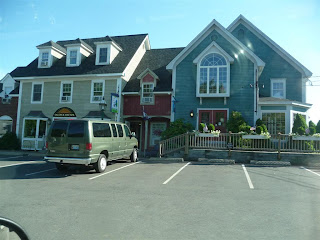 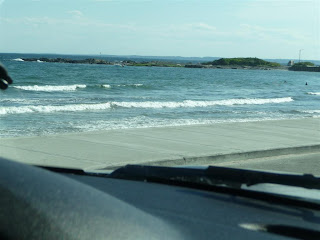 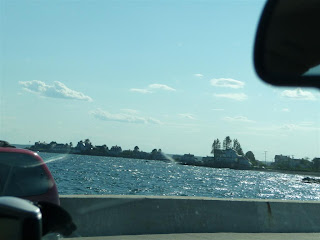 These houses must be fun in a Nor' Easter 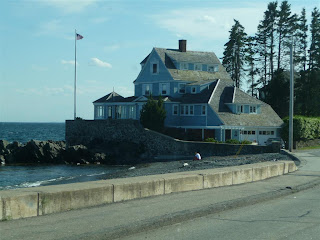 Can't imagine the price of this place

We returned to Sanford and headed for the Home Plate Restaurant which had excellent ratings on the web. Unfortunately, when we got to the location it had been replaced by a Thai place. A very nice Thai place from the look of it but Sandy and I are not into it. Instead, we went back to The Weathervane, home of some "wicked cheap" food. It wasn't really that cheap but we had clam chowdah and salads and they were pretty good. 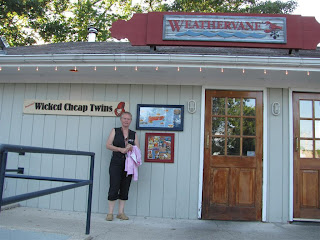 On the way back to the hotel, we stopped at Walmart and picked up some water and single flavoured coffee creamers. Sandy really likes these and they are nowhere to be found north of the border. We were back in the room by 7:30 where I worked on blogs and bills for a while and then read until I fell asleep.