I got up slowly today. The big urn of coffee was on in the garage, although Boomer had to go through some gyrations to get the power working very early this morning. But he got 'er done and it was good stuff. He made some huge waffles using an iron like those you find in the breakfast nook of a budget motel. I admire those who can use them because my only attempt ended up with waffle pieces seemingly permanently stuck to the surface and the attendant glaring at me as if to suggest I should leave the cooking to others. Ryan's creation suffered no such fate and was an excellent start to the day.

As others gathered for breakfast, I did a little blog work while Flattop, an experienced Android phone user, gave Sandy some pointers on using her Samsung Galaxy Tablet. Scotty and Marlene, who had gone home for the night, rolled in again while Heather Emailed to say she and Tom were on their way from Woodstock. 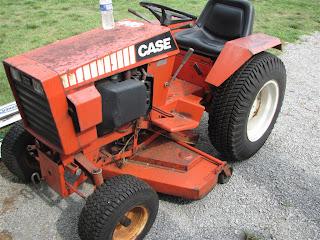 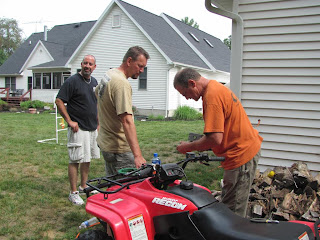 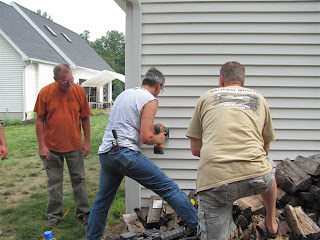 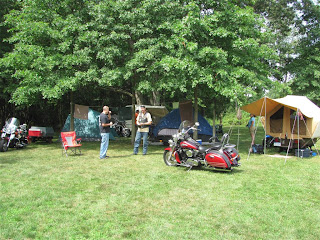 Camping in the pastoral setting of Boomer's side yard

With the power for the 5th wheel established (and it is a very nice RV), most of those with bikes decided that a group ride  to Defiance was in order. Scotty and Mar opted to stay behind as did we and our host/hostess. Good thing we did because more friends rolled in all afternoon.  Lonnie and Gail arrived by car because he wasn't feeling well. Gearman had a change of plans and was able to make it after all. The elusive Snubs arrived from the Chicago area and, surprisingly, suffered no disasters along the way. Finally, Heather and Tom arrived by car, having gotten away late because Tom needed to get home from working in Pennsylvania first. 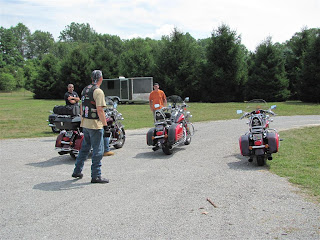 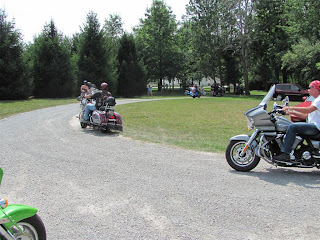 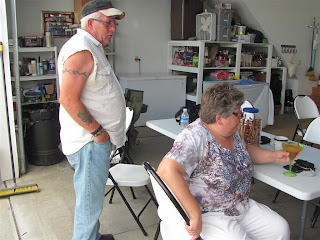 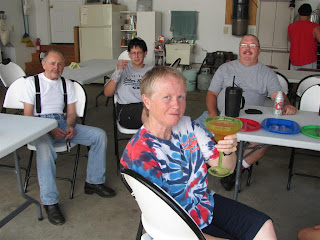 Sandy is into the margaritas while Scotty, Steph and Kevin look on 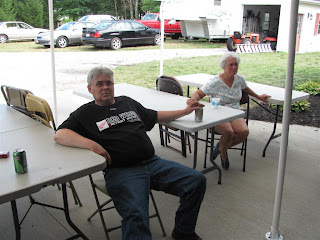 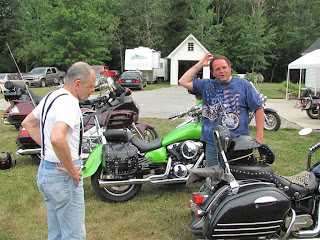 Snubs makes it in one piece

The Defiance crew started to wander back a few at a time and joined the socializing already in progress. Shannon has kept samples of the plates and cutlery used over the last four years showing steady progress. The current sort of disposable plates and metal knives and forks are splendid. Maybe next year we will get fine china:-) 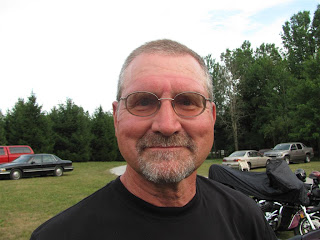 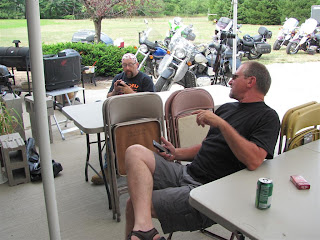 The Killbuckkid and Skyking smart phoning 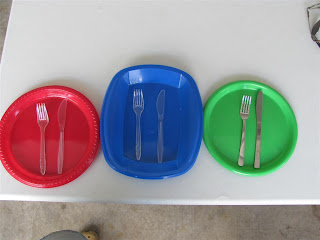 The progression of place settings over the years

As suppertime approached, the grills were fired up and the humongous potatoes were set to baking. The more than ample steaks were set to grilling, although grill master Roseman wasn't able to make it due to illness. (We missed you, Rosie.) This was an awesome meal. Simple yet perfect. The steak I pulled out of the pan would not fit on the part of the plate not occupied by the mutant spud so it was kind of propped up over the side. And tender/juicy? Awesome. 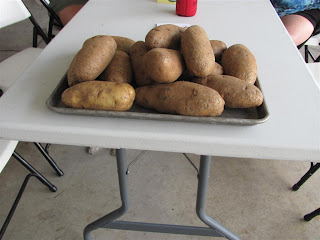 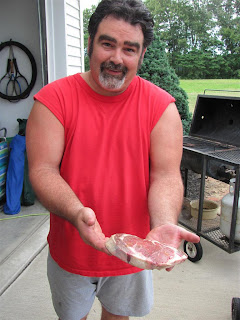 Boomer breaks out the steaks 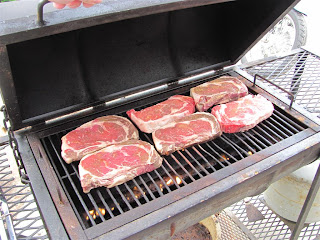 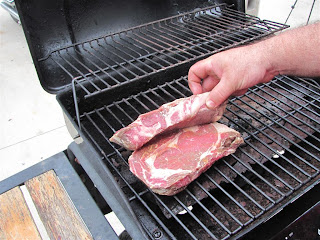 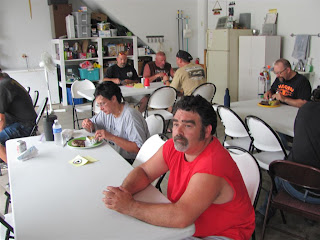 Boomer ponders as his guests enjoy 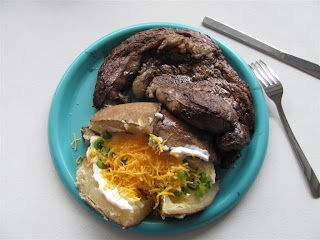 I have no idea what my steak weighed

After supper, they broke out a Ladder Ball set, aka Hillbilly Golf. We saw this being played at Bristol back in March. The bolos each have a golf ball on each end which means they can pack a wallop if they hit you but the point is to wrap it around the ladder and not your opponent. After watching a couple of games, I gave it a try and learned that it is just one more thing with golf balls that I'm not very good at. Still, I think we will probably try building a set since the instructions are pretty easy. BTW, never let Snubs keep score. Of anything. 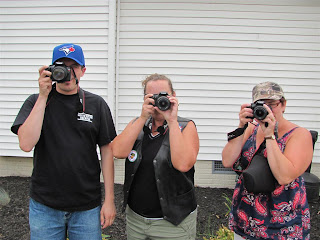 Look at all those DSLR's 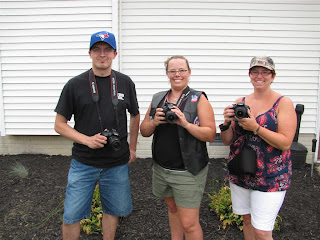 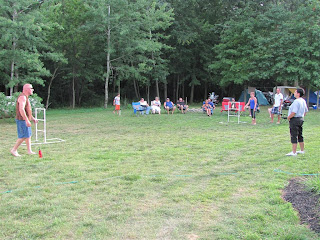 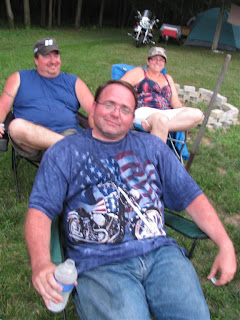 Games done, the crew set up around the fire pit and swapped storied until rain (the first rain in weeks) started falling. Some retired while a few of us adjourned to the garage. I ended up talking snowmobiles and trailers with avid sled head Flattop. About 1:00 AM, we called it quits and I watched Boomer set up the big coffee urn. Then it was off to bed.
Posted by Jim "Skid" Robinson on 7/14/2012