I didn't mention yesterday that I filled up at the Travel Center of America here for $3.159. That was a pleasant experience.

We started another morning slowly. I finished and posted yesterday's blog entry before we went over for breakfast. I have been enjoying Raisin Bran and whole wheat toast recently while Sandy skips the toast and has yogurt. We filled the travel mugs with coffee and loaded the truck. Enough cars had left to allow me to get out. Next time, I won't assume the lot will stay empty and will spend a bit more time getting parked with an escape route.

I got a surprise when I checked the bike before pulling out. The right front strap had slipped sometime in the last 100 miles and the bike was leaned to the left, while the rear tire had slid to the right. Fortunately, nothing was touching anywhere. I had to drop the ramp, remove the straps and redo everything from scratch. The left front strap had gotten tangled in a manner that looked impossible, but I was able to unsnarl it after studying it carefully. 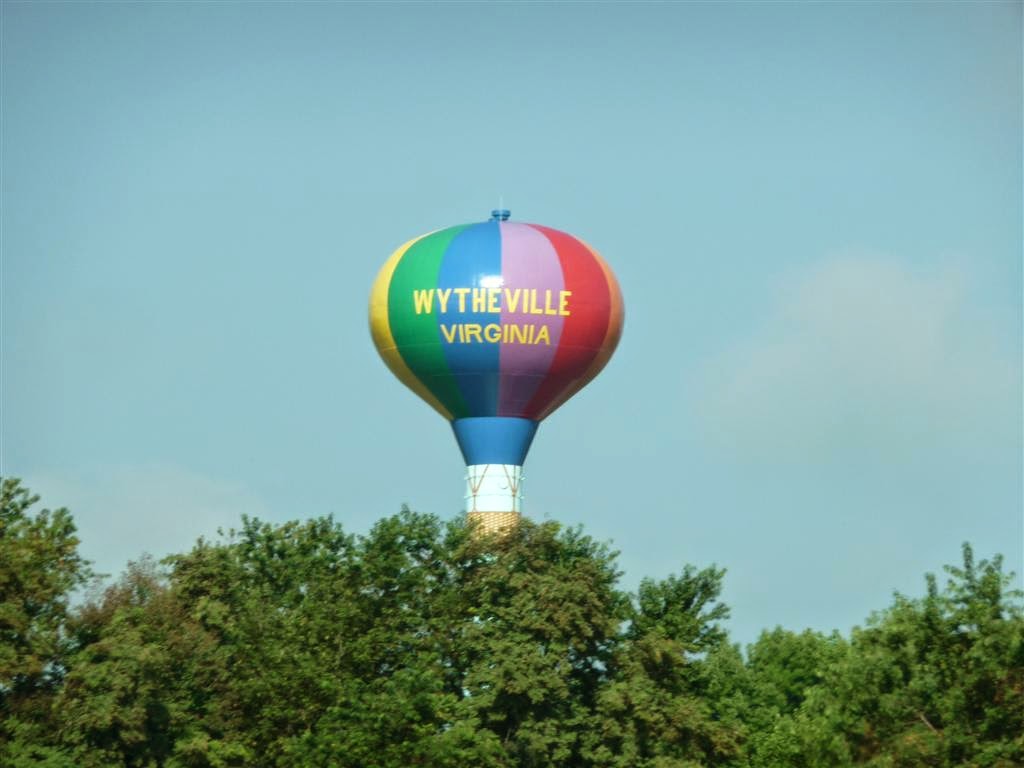 We finally hit the road at 9:30. Traffic on I-81 was unusually light, probably attributable to the fact that it was Sunday morning. A quick stop at the first rest area we encountered confirmed that the tie-down straps were secure. We passed Exit 17, the usual back route we take with the bike. A sign directed the Virginia Highland Games traffic to get off there. Instead, we followed I-81 into Tennessee and exited at I-26 East. 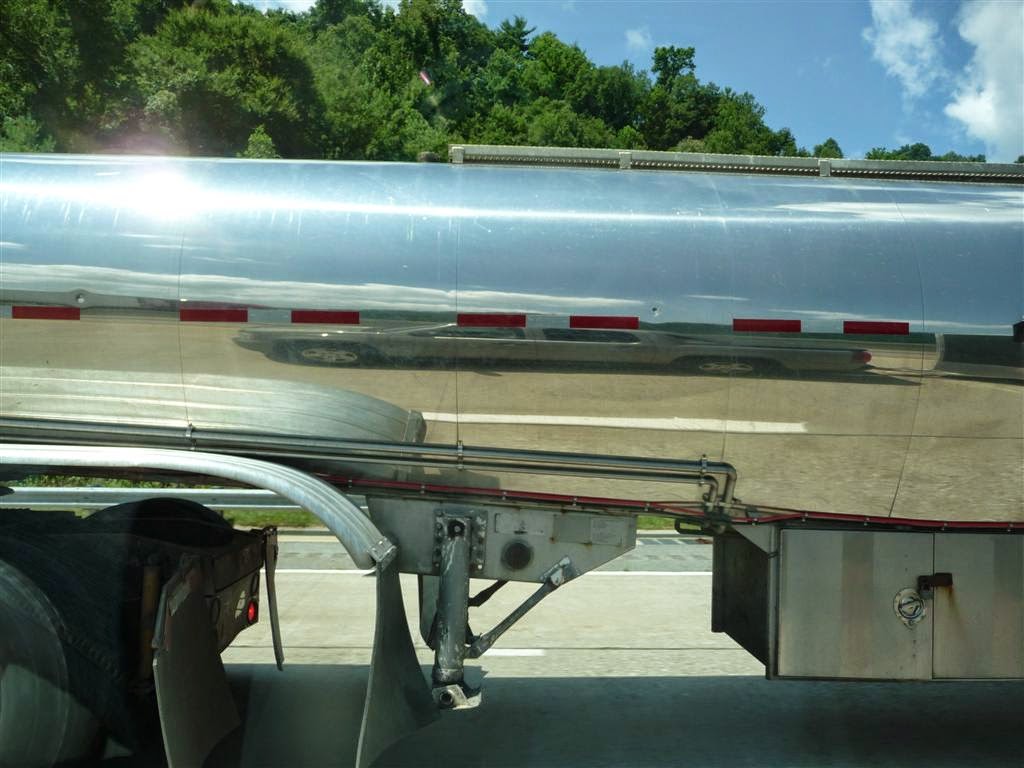 Reflections in a silver tanker

Passing through Johnson City, we stopped at the WalMart in Unicoi. I got some microfiber clothes and towels just in case I should feel the urge to clean something. Like a motorcycle, perhaps. Not likely, but not impossible either.


We drove on south up the hill to the North Carolina state line at Sam's Gap, and then on further up to Buckner Gap. At almost 5,000 feet, this is the highest point on any Interstate in North Carolina. I have been managing the mileage by setting the cruise at 65 MPH and manually downshifting before we hit a grade. If I can keep the torque converter from unlocking, the transmission temperature stays cooler. When it unlocks in 3rd, I shut off the cruise control and start working the throttle myself. This has, in addition to keeping the tranny cooler, noticeably improved the fuel mileage.

Descending I-26 towards Asheville, we encountered more traffic. I always maintained that the fast drivers don't cause trouble on multi-lane highways. I now also posit that slow drivers aren't a real issue, either. The real problem on busy roads is due to twits who aren't sure what speed they want to run and keep speeding up and slowing down. We had a bunch of these on this stretch.

Driving around Asheville on I-240, we caught I-40 West  and stopped at McDonald's in Canton because Sandy felt the urge for a blueberry/pomegranate smoothie. This McD was almost beside the Burger King where Biker unhooked the garbage bag he had snagged back in June. Then we caught the Great Smoky Mountains Expressway (aka US 74) and followed it to the Whittier exit and Two Rivers Lodge.

When we pulled into the lodge, we found Southern Draw and Southern Charm, our organizers, stringing banners and pennants. We lent a bit of a hand. 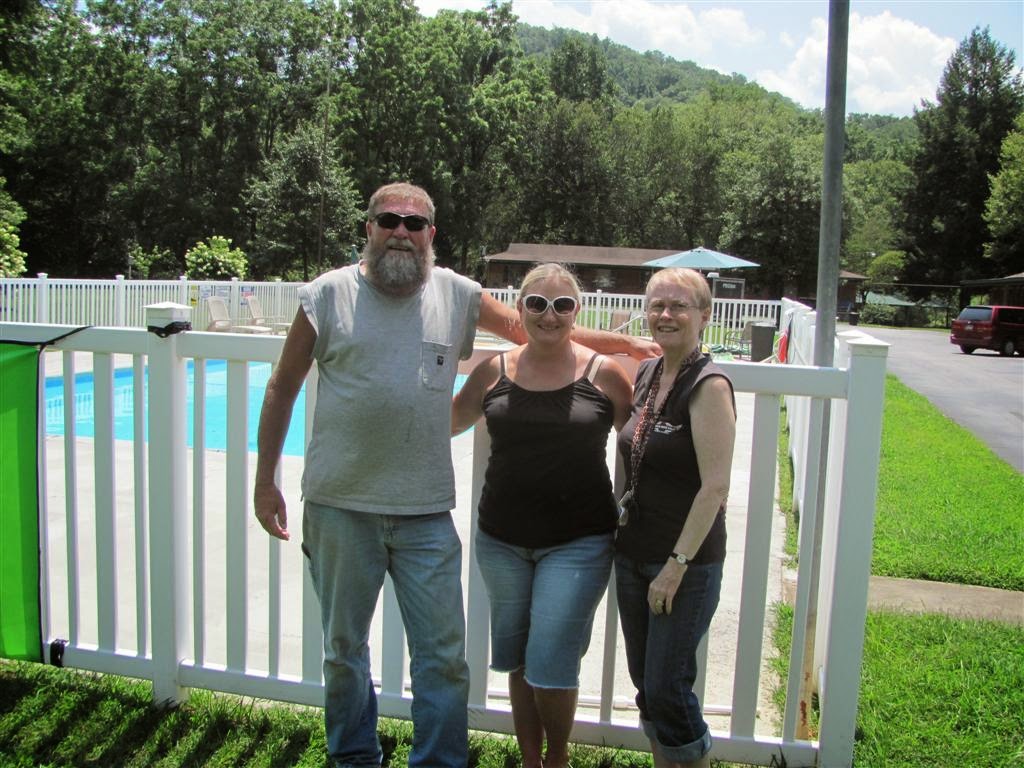 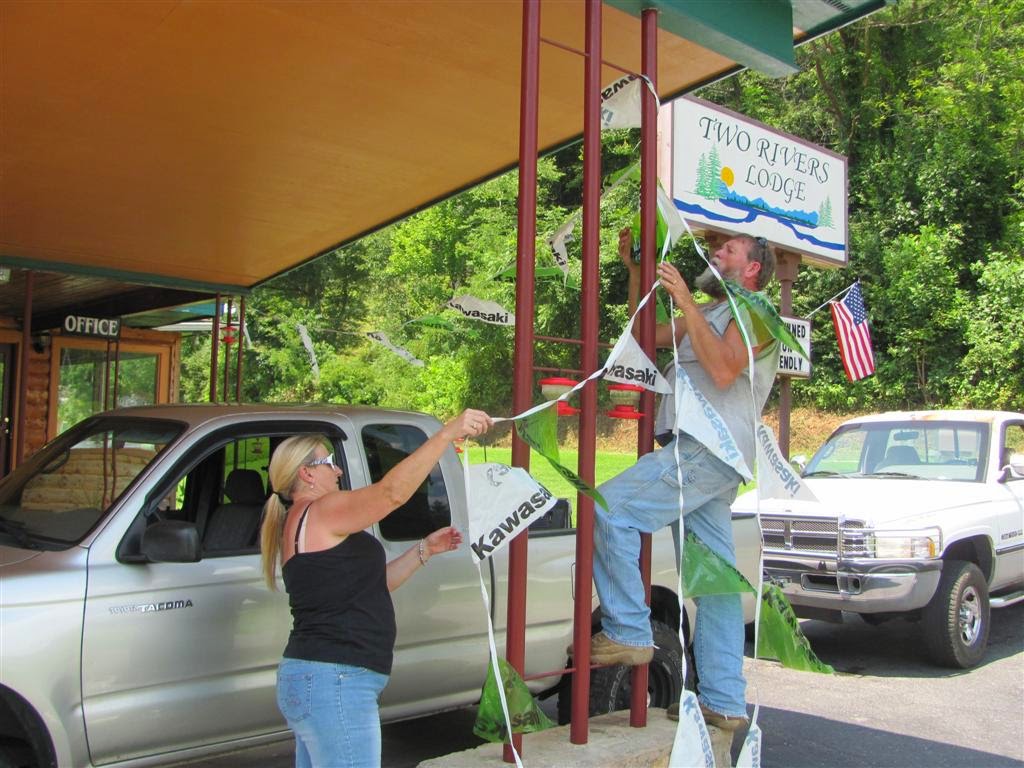 It was a miracle he didn't hang himself

Kathy checked us in to the Lodge for seven nights. After the bike was unloaded and the trailer parked, I started to haul all our "stuff" into the room. While doing this, I wondered how we had ever been able to travel with just what we could carry on the bike.

I called Lucky Al at 3:00 PM and he said he was about an hour out. Sure enough, he arrived just after 4:00. He is staying at Lloyd's On The River, almost right next door, because Two Rivers is booked up.
We talked for a while about his new acting career. Some day, when he is famous, we will be able to say we knew him back when. 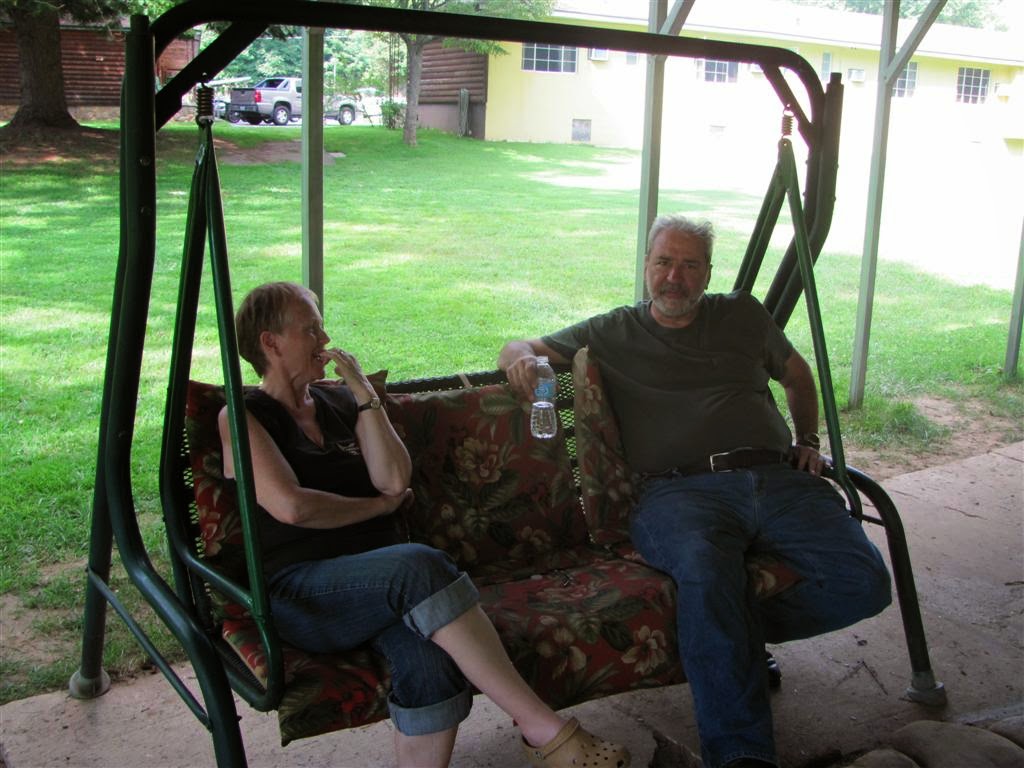 As time went on, we started thinking about supper. We jumped into the truck and went to the Iron Skillet in Bryson City. Closed on Sunday. So we went instead to Jimmy Mac's, located on the main drag. Excellent service and interesting food. Even though they were out of clam chowder, I would eat there again.

After supper, I fueled the truck while Al found that you can't buy beer in this county after 6:00 PM on a Sunday. Bummer. Then we stopped at the IGA just before it closed for bread and milk. When I got out of the truck, I didn't notice that the GPS had fallen out (it had been in its case on the floor). It was lucky that Lucky Al found it because the Zumo 550 is virtually irreplaceable.

Back at the Lodge, we talked with Al, Blain and a fellow from the GL1800riders forum who posts under the handle Georgia Cracker. He stopped by to tell us about a Wing gathering here in mid-October. Then, before too long, we called it a night and headed off to bed. 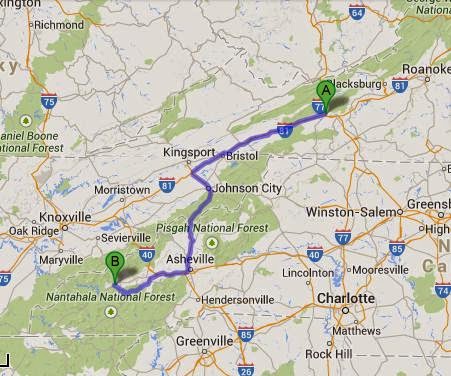