It was the last day of the last road trip of the year, and the first day of Fall to boot. Talk about a depressing confluence of circumstances. Still, things are what they are. It was dark when we departed Auburn at 7:00 AM, and the temperature was a not so balmy 8C (or about 47F for the Celsius challenged). The wind was, of course, out of the north. Shortly after sun-up, the thermometer readout dropped to 6C or 43F. This Fall was taking its job seriously. 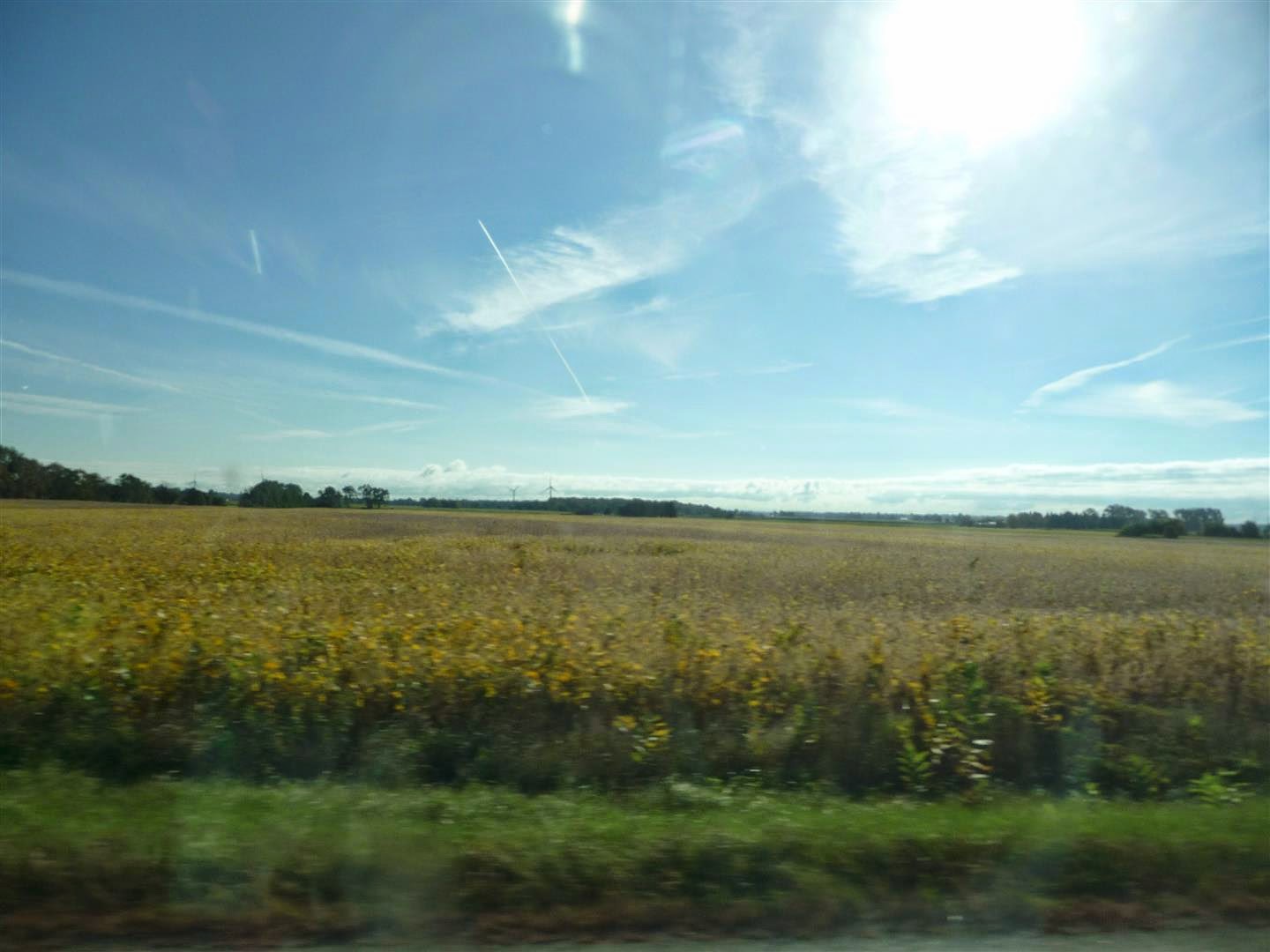 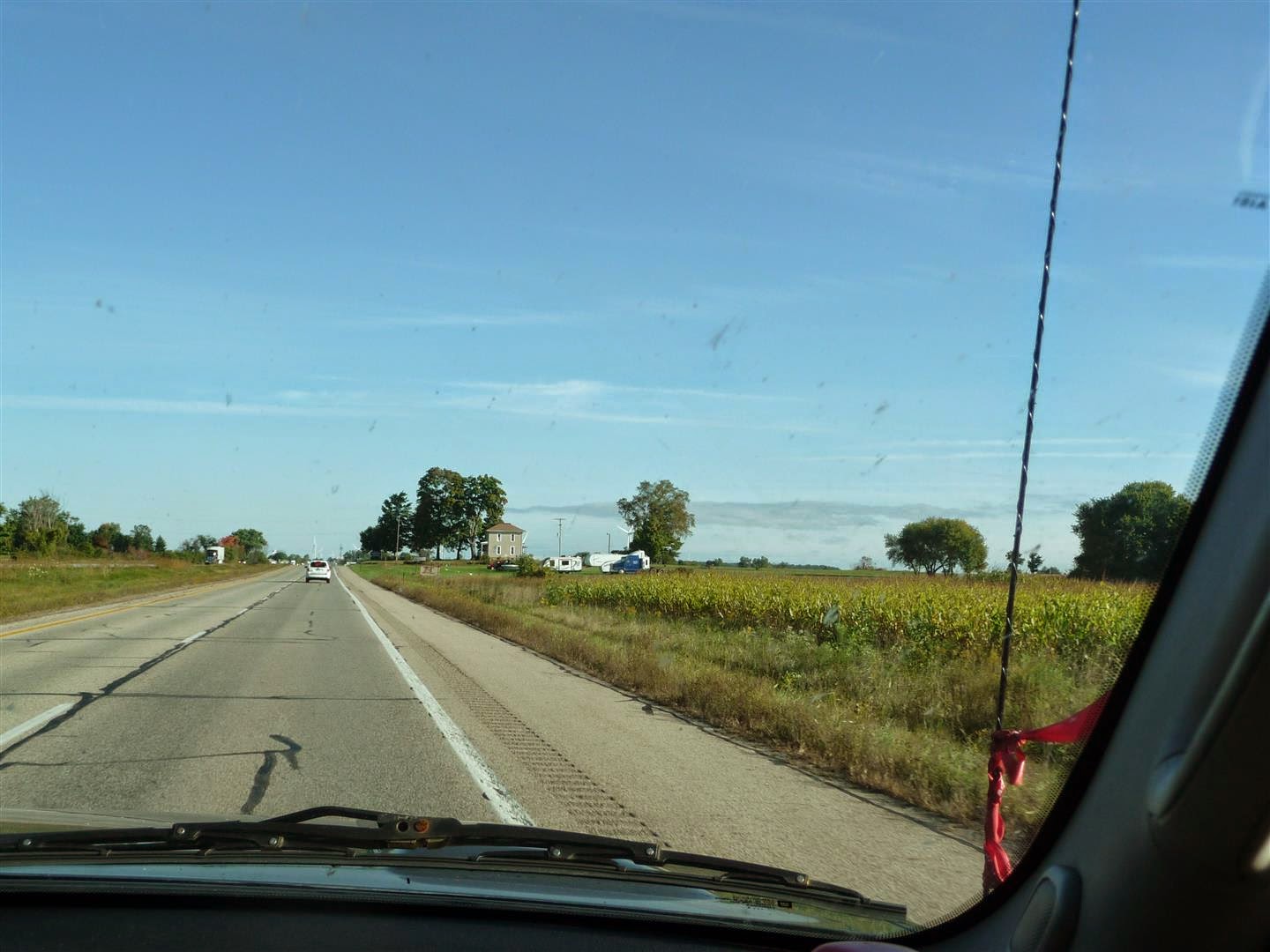 Set the cruise control and go to sleep Chunk once said that not enough people look at the sky

We got off on Old Highway 27 in Lansing for fuel. The Speedway on the south side was small (never saw one like that before) and all the pumps were blocked by people in buying stuff on the way to work. OK, I don't know for sure that was what they were doing but it seemed probable. The Speedway on the north side was bigger and I fueled up for $3.12 per gallon. That wasn't a bad price for Michigan.

Before continuing, we crossed the road to McDonald's to get some food. The lady who served us said her family came from Arkansas when she was little. I'm not sure how Arkansas came up but it must have been something I said. They tell me I am always saying something, frequently to strangers.

Rather than get back on I-69, we turned north on Old 27 and followed it up and around to an interchange directly onto 127 North. Have I said before that I really my GPS in certain circumstances? As we moved north, more colour appeared in the trees. 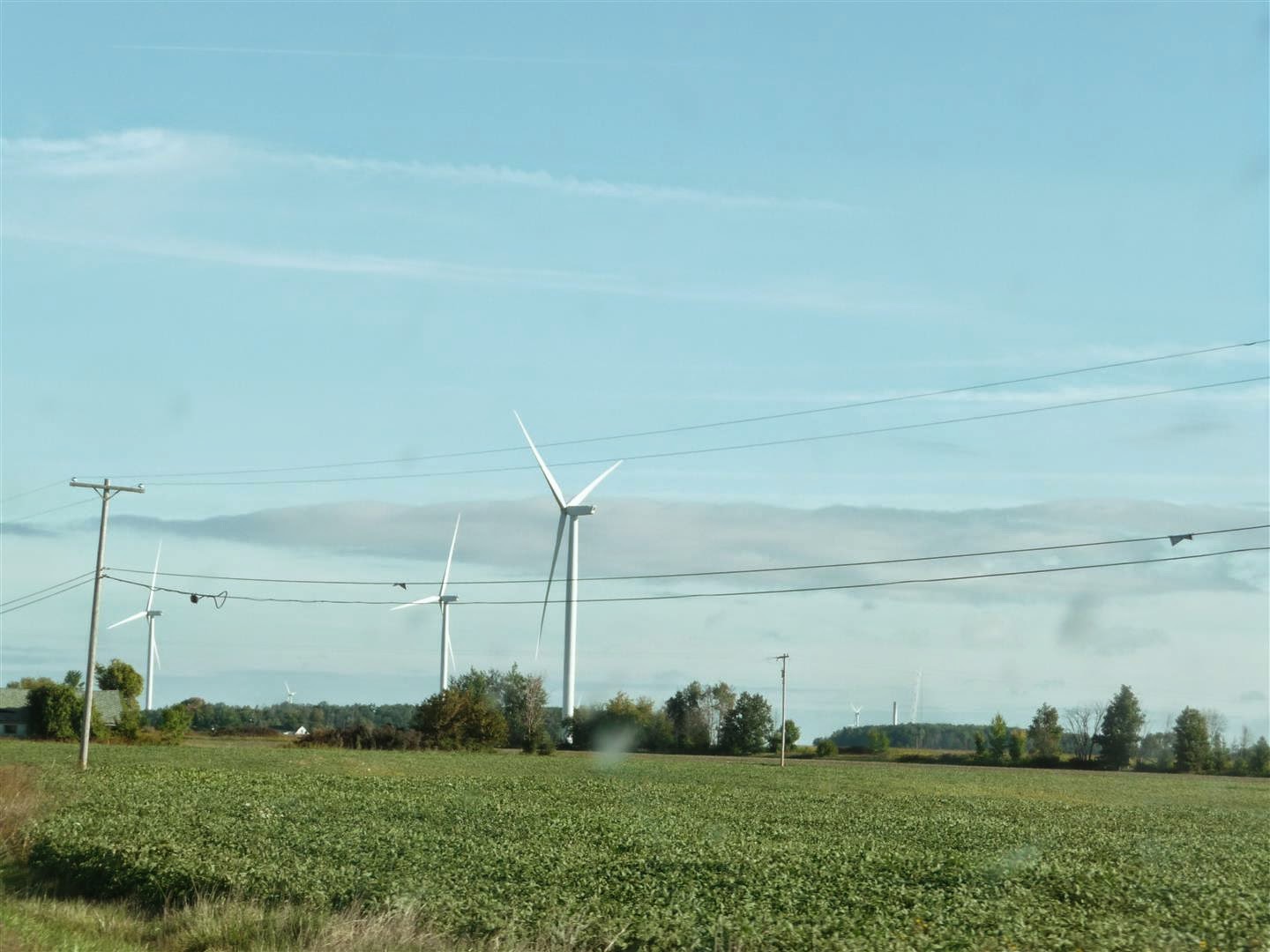 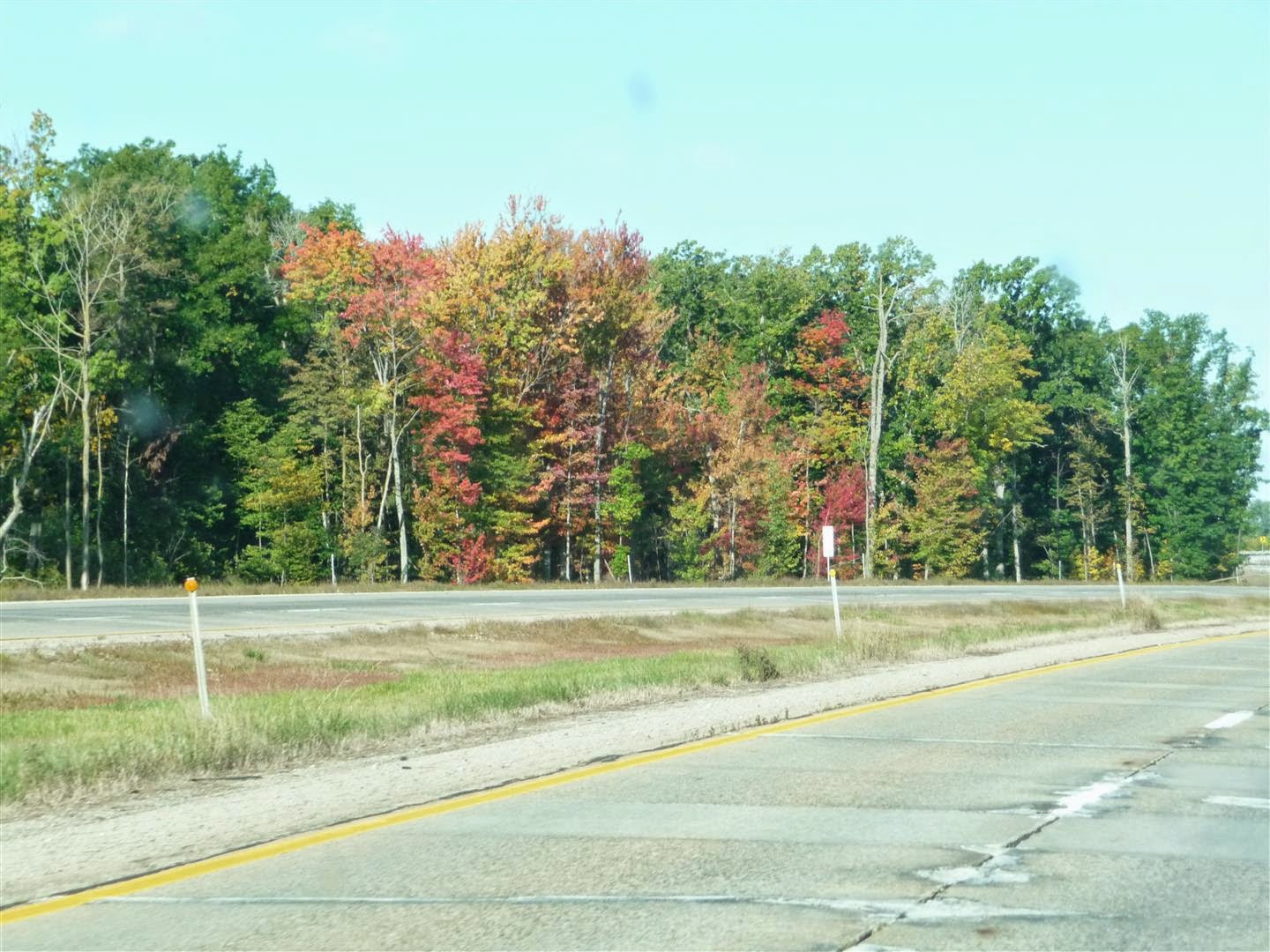 The splashes of colour begin 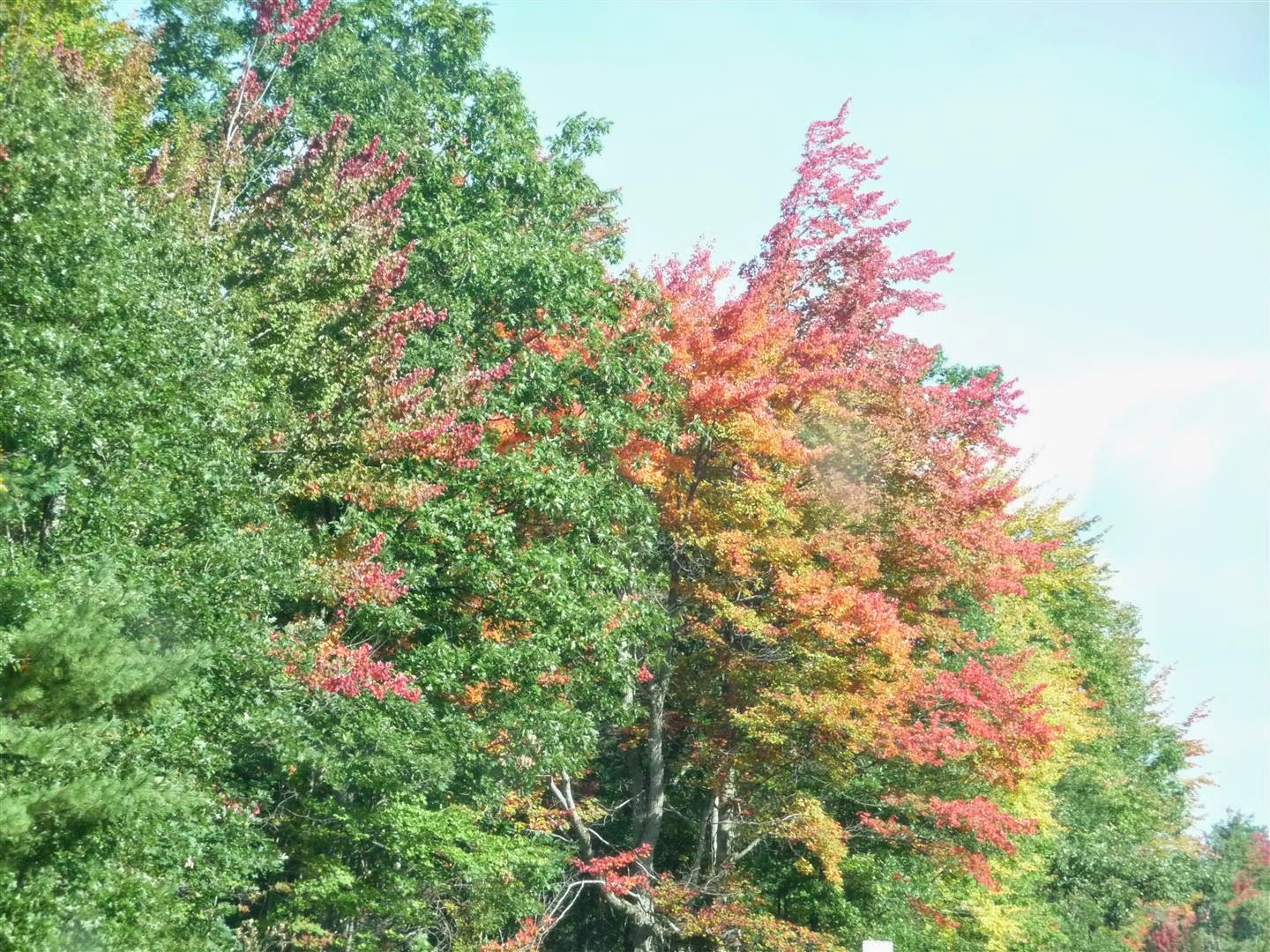 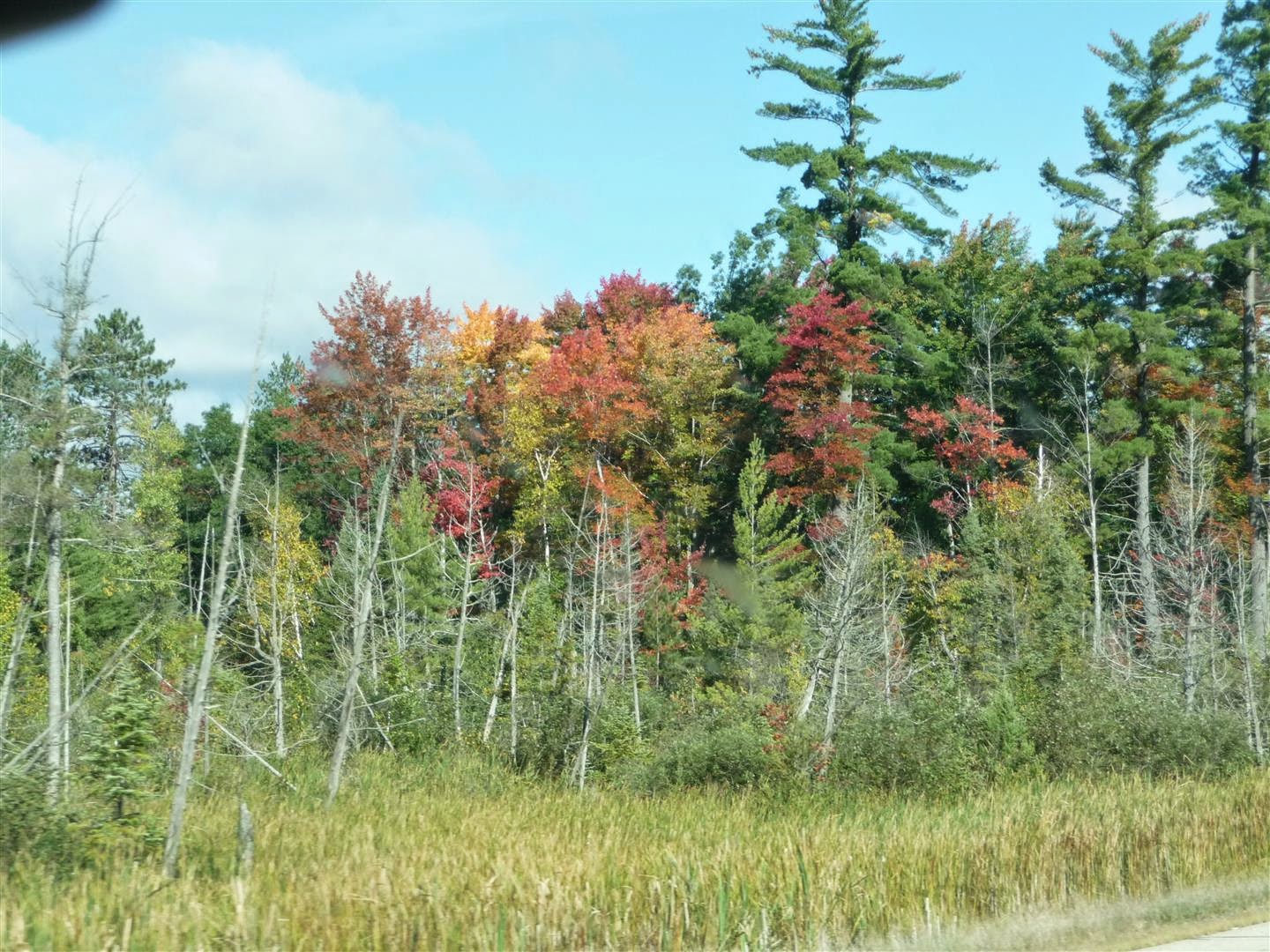 The best thing about Fall

We stopped at a rest area for a bathroom break right behind a busload of what appeared to be middle school kids. The teacher told them to let adults use the facilities first. Very thoughtful and a great example. They had a memorial to road construction workers who had lost their lives on the job. I've remarked on this spot before but include it again because I have never seen one anywhere else. 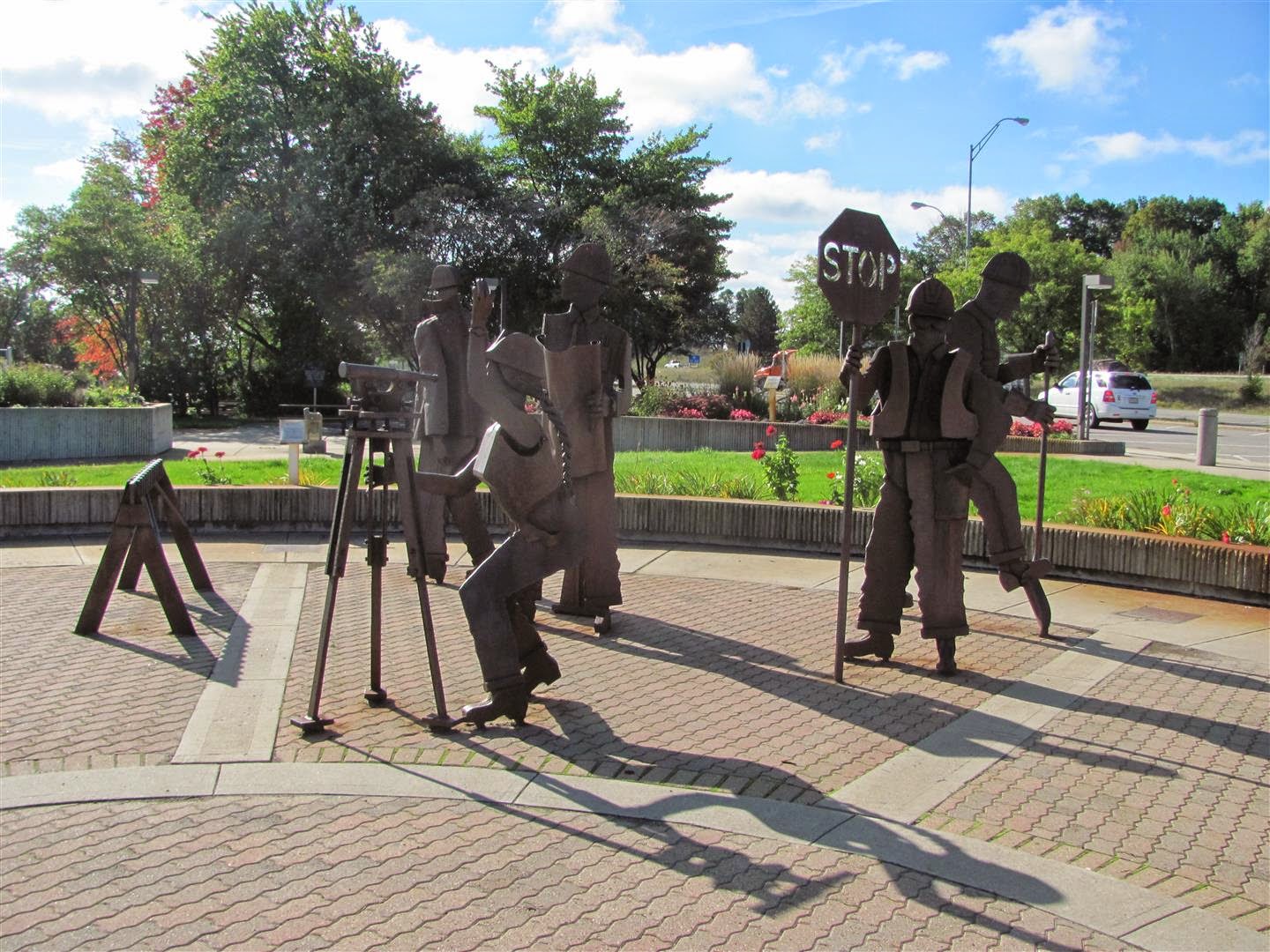 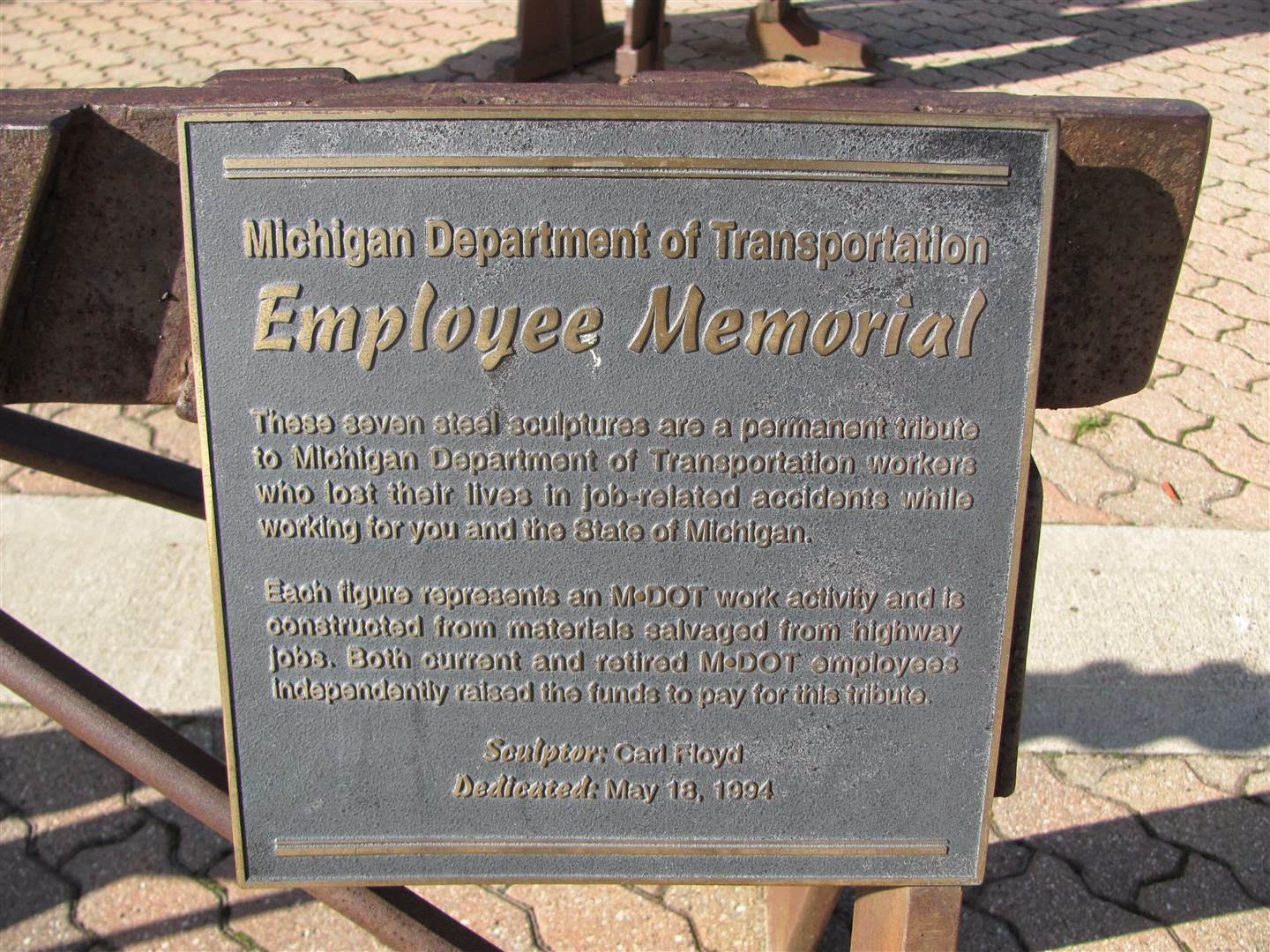 Please slow down in construction zones 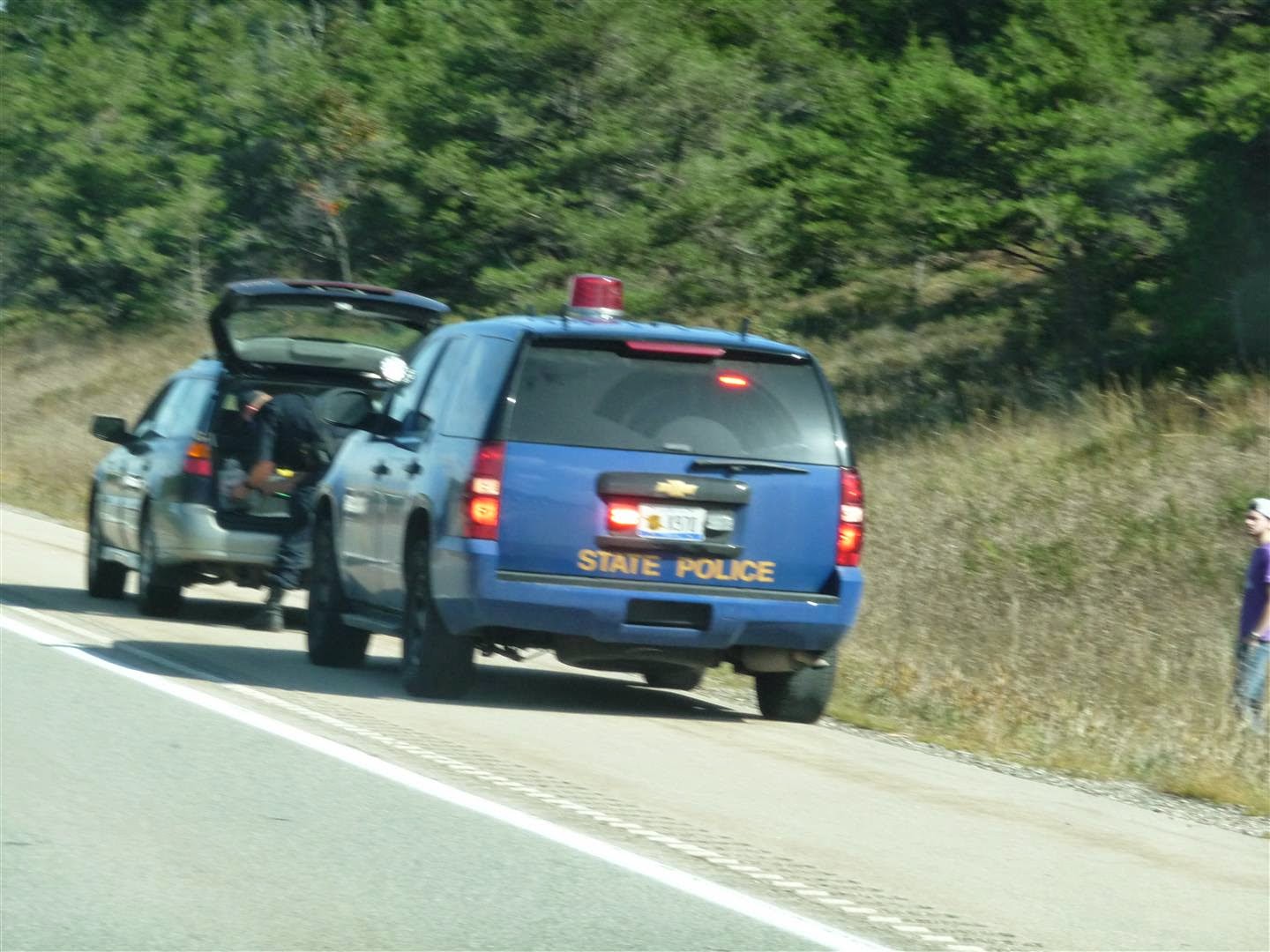 We found the Mackinac Bridge was still being constructed upon. The traffic wasn't too heavy and the winds were out of the north instead of the west, so it was a good crossing. 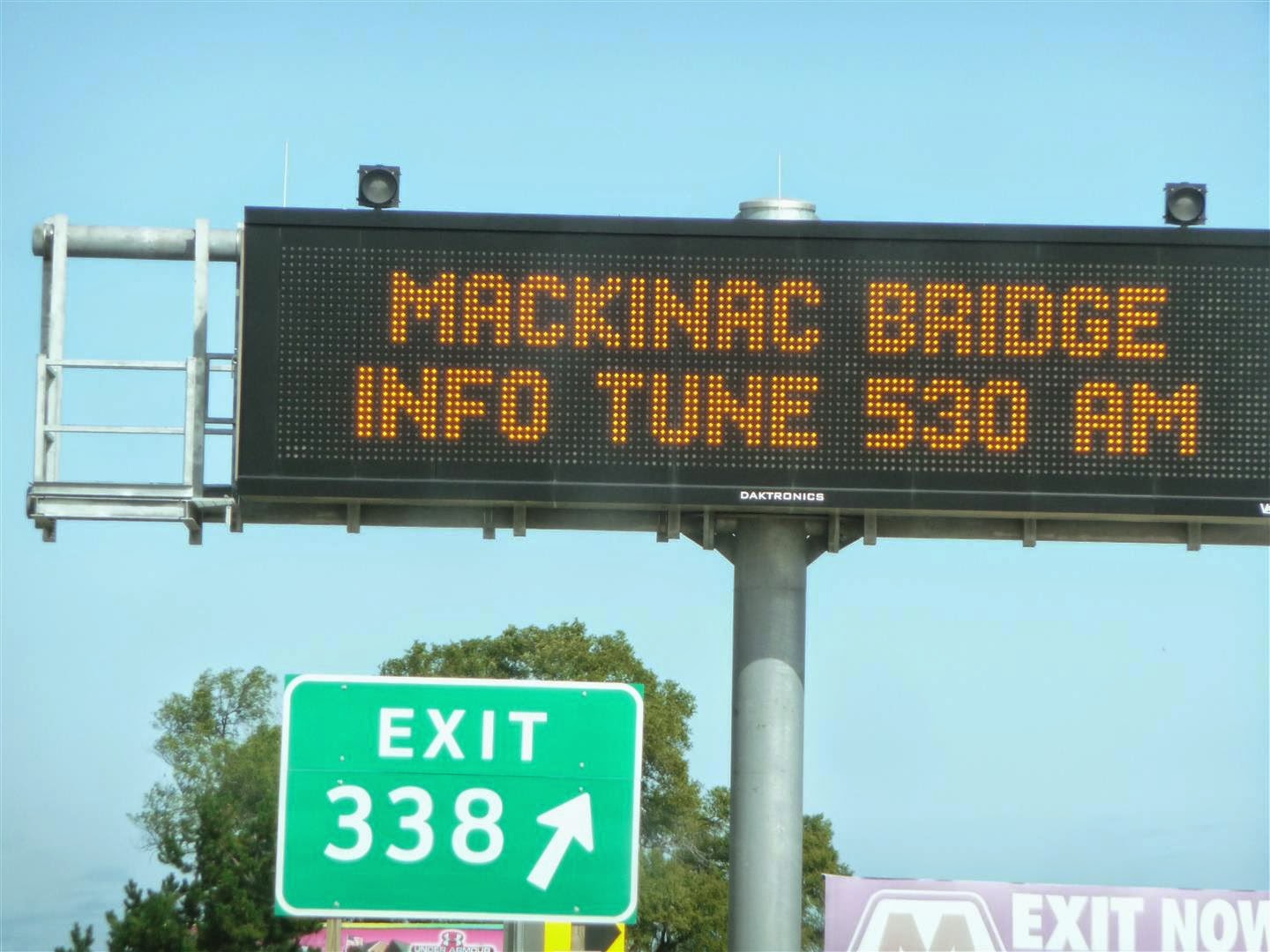 I have never tuned in for info 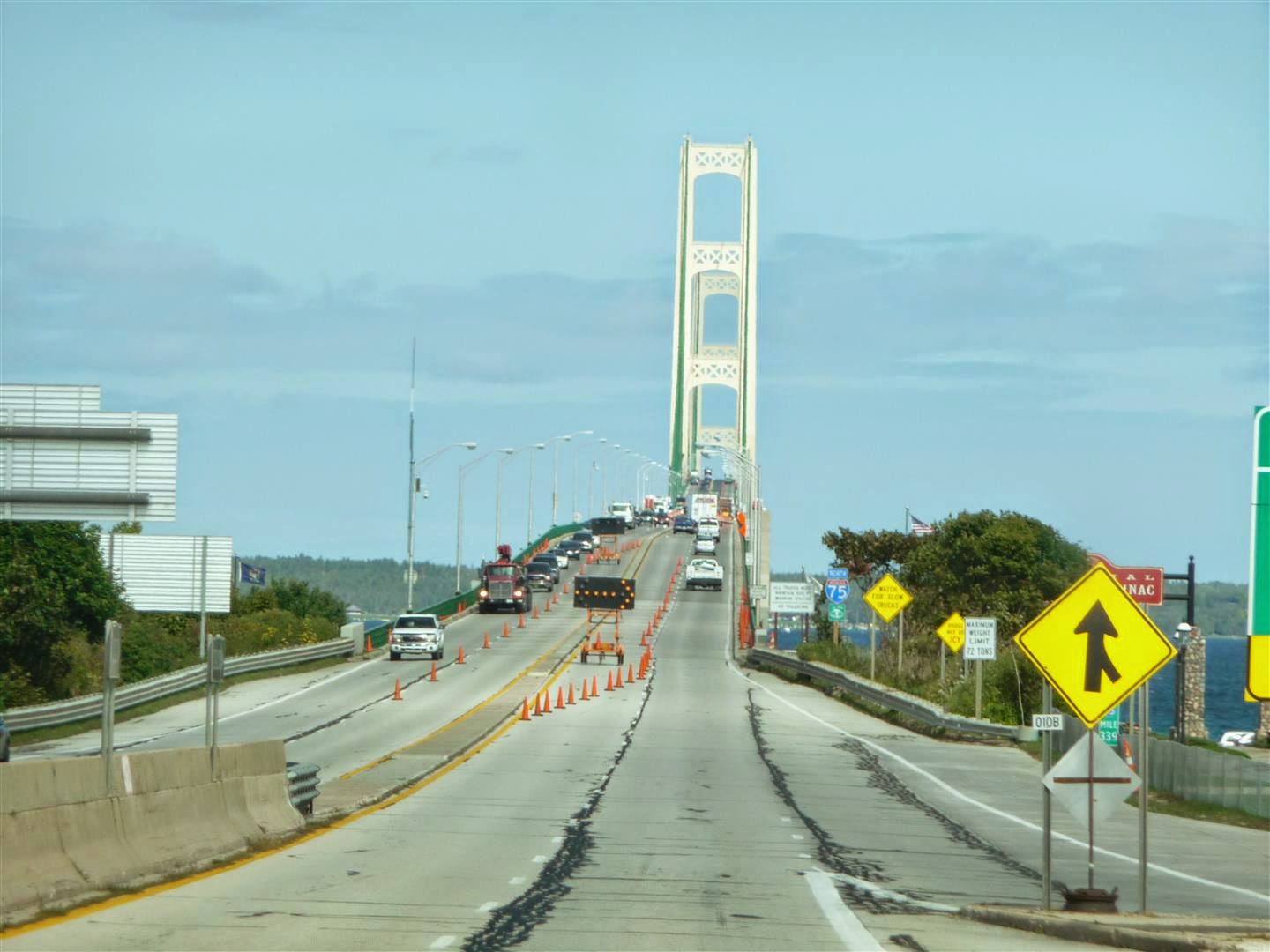 One lane as usual 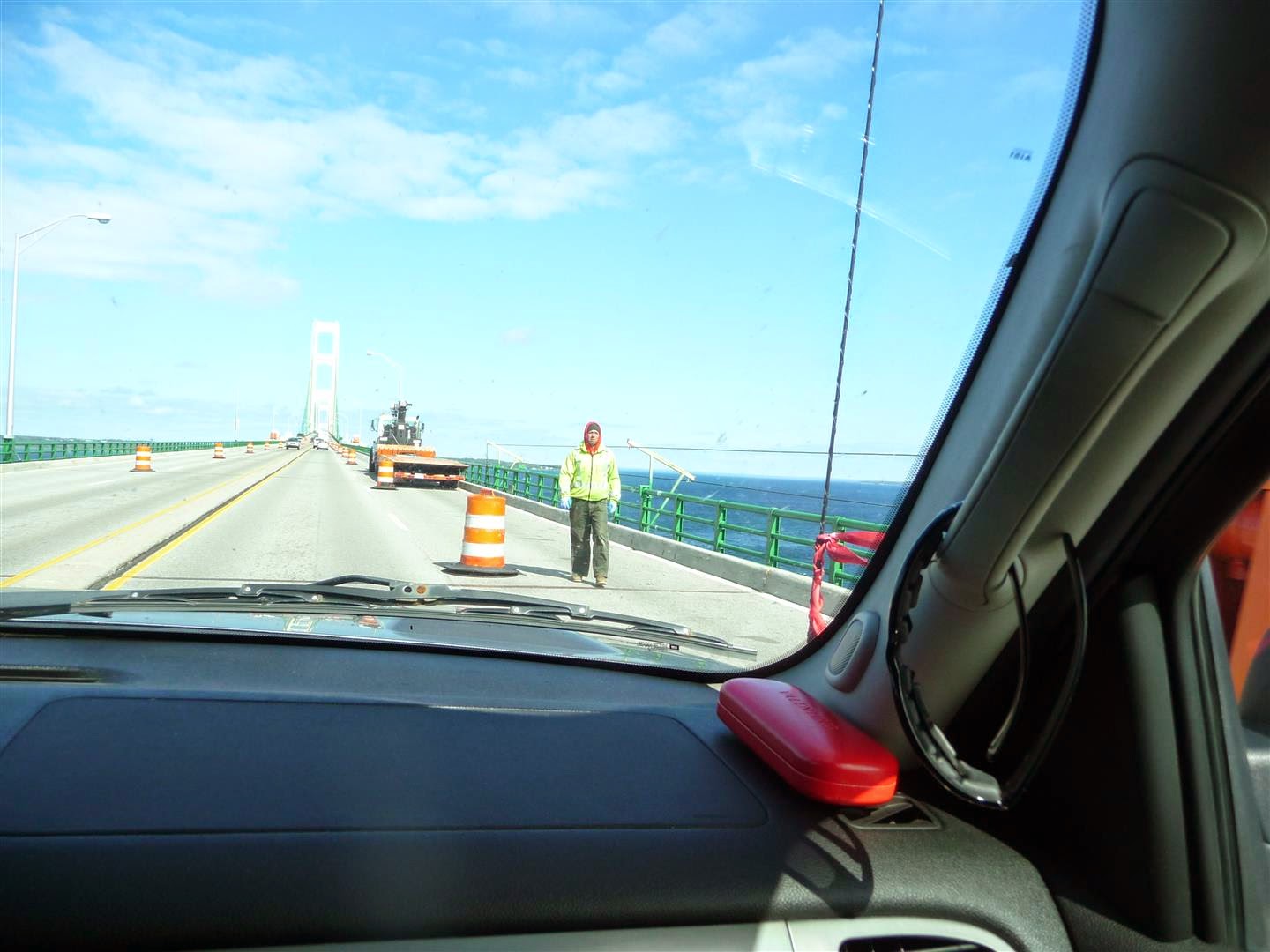 At least somebody was working 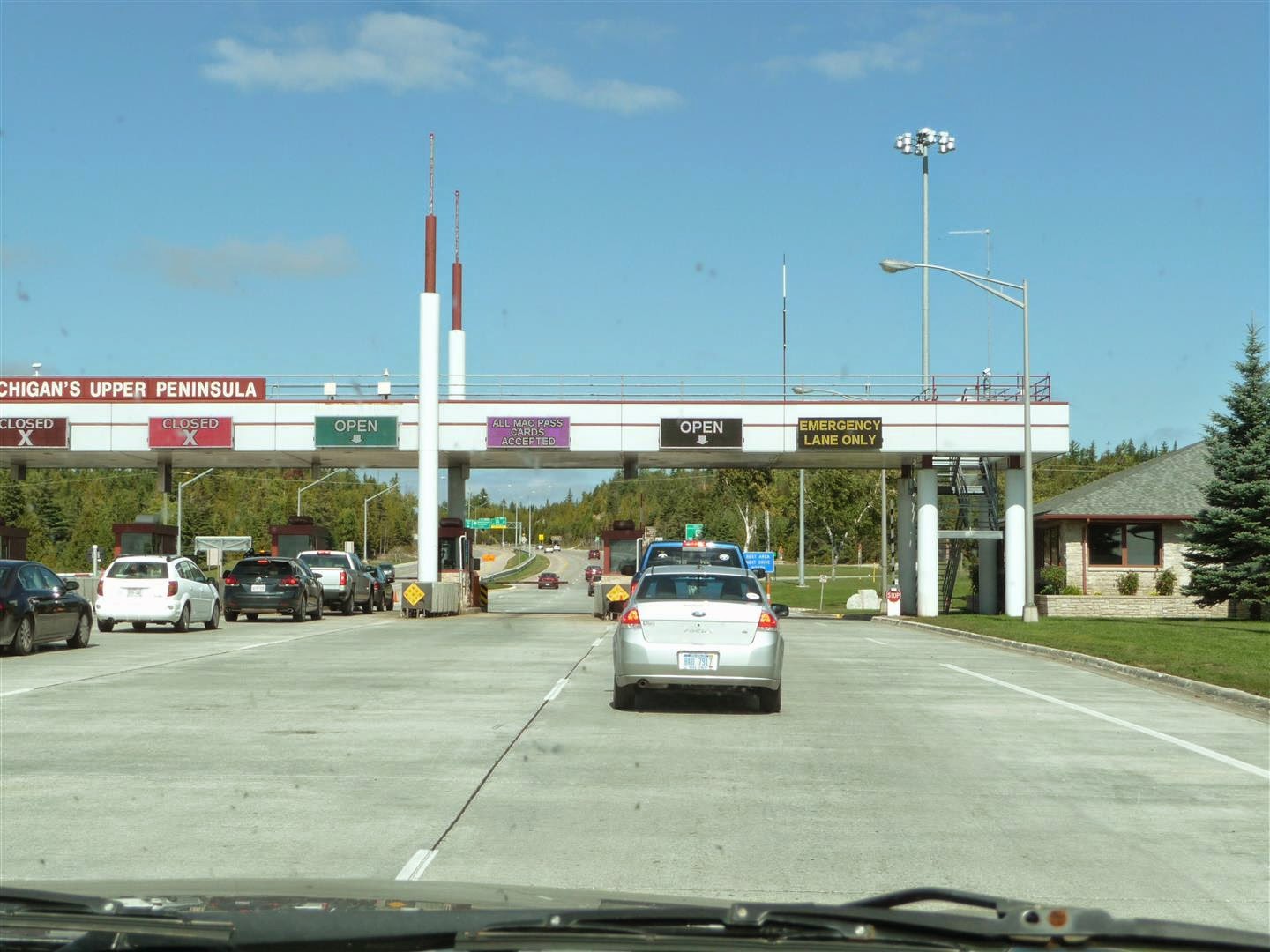 Short line at the toll plaza

There was more of a quartering headwind as we made our way up the UP to the Soo, causing some buffeting. We stopped at the Krist station (formerly Citgo) to top up with relatively cheaper US gas, although I don't know how they justify $3.53 when we paid $3.12 in Lansing. It is, after all, the same state and the same taxes.

On the International Bridge, we noted that there was no line-up to speak of heading to the USA. We crossed the border at 2:10 and descended to an empty Customs plaza. The agent took our NEXUS cards, asked where we were going (home to Sudbury) and asked the value of things we had acquired in the USA ($200). That was it. Through in under a minute, the fastest border crossing I've ever had. 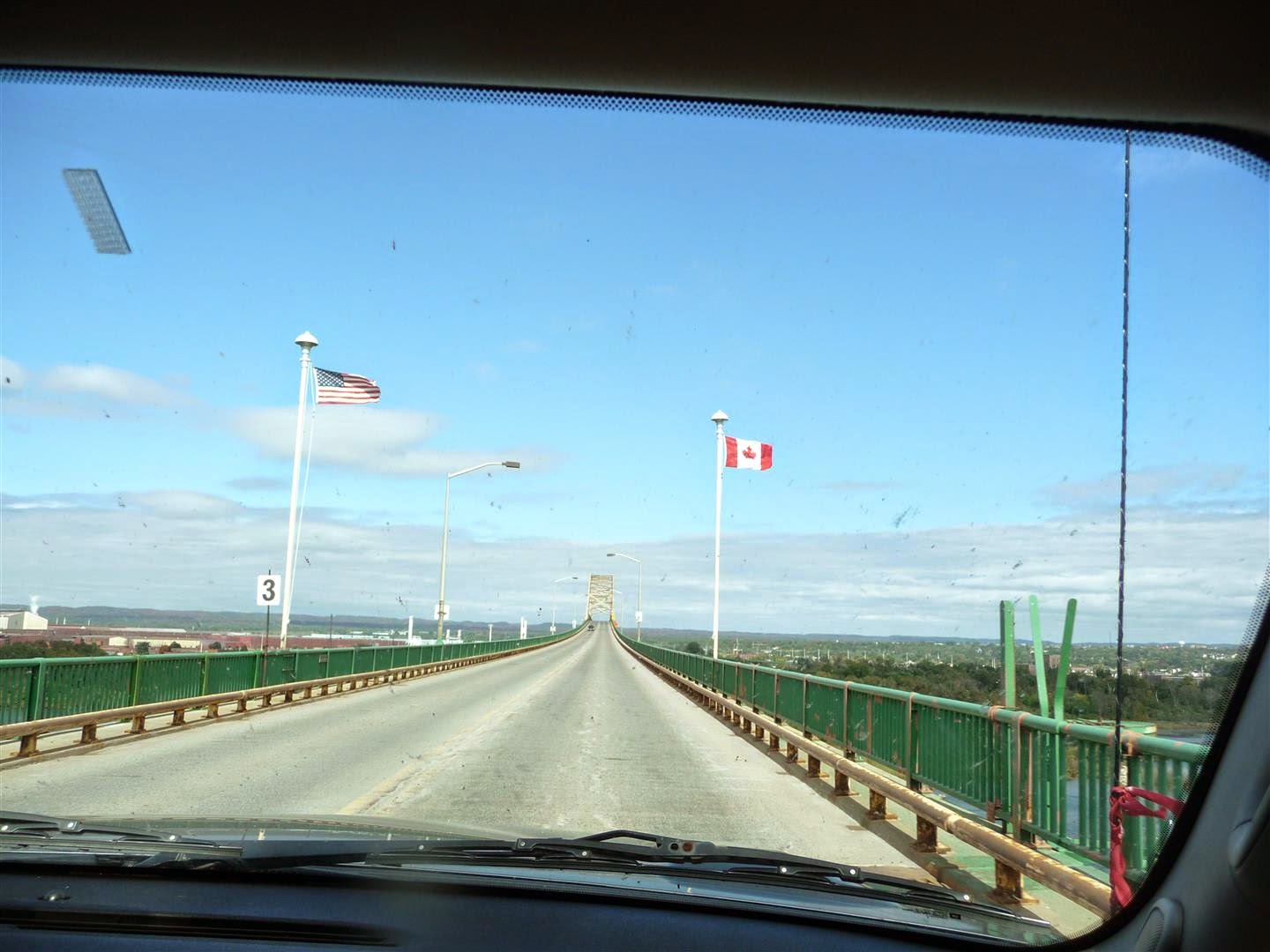 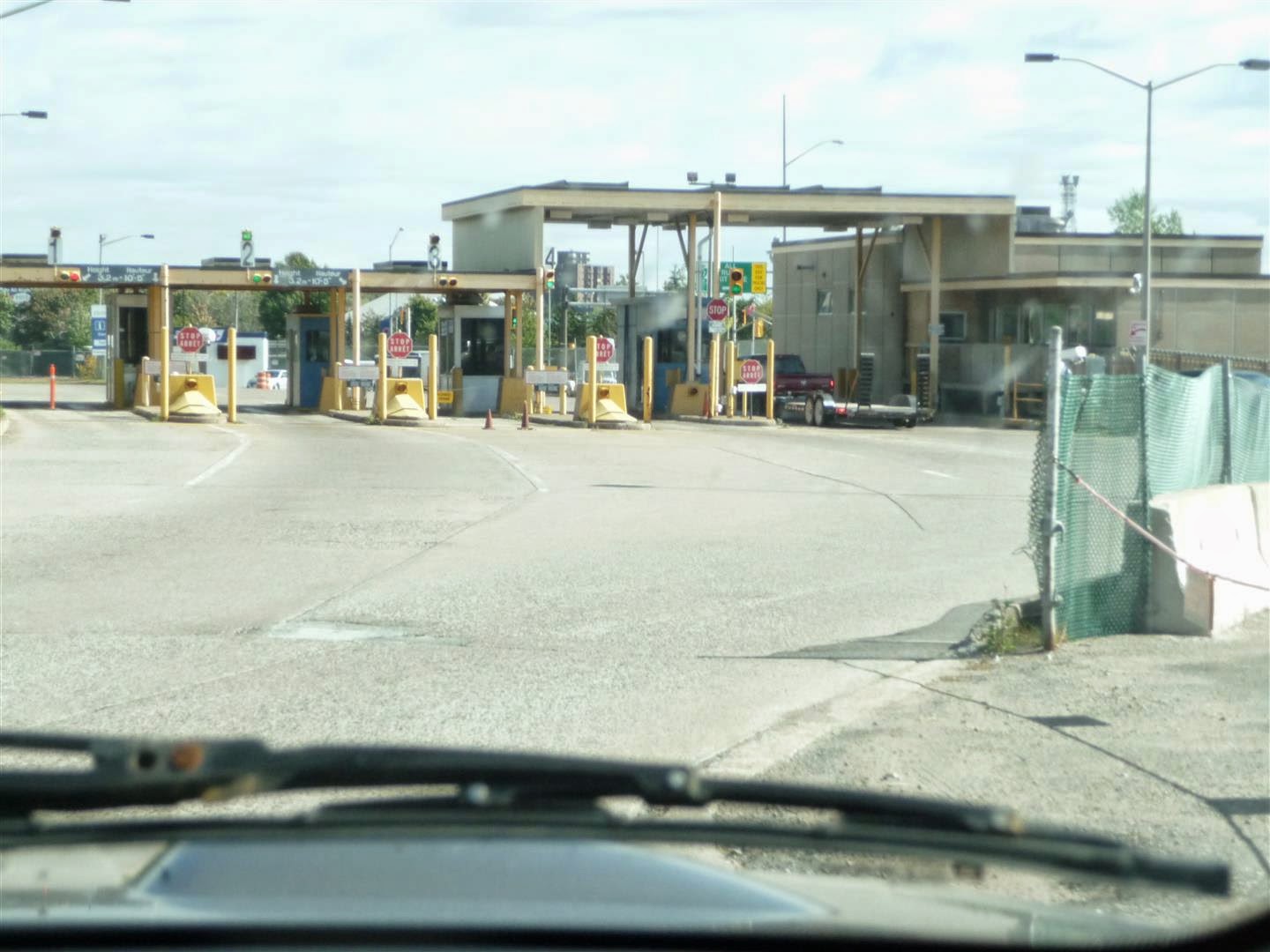 Pick a lane, any lane

The rest of the way home along Highway 17 was uneventful. Traffic was moderate and, for once, we had a tail wind. We pulled into the driveway at 6:04 PM and had the bike unloaded, the trailer parked and all the luggage in the house by 6:30. 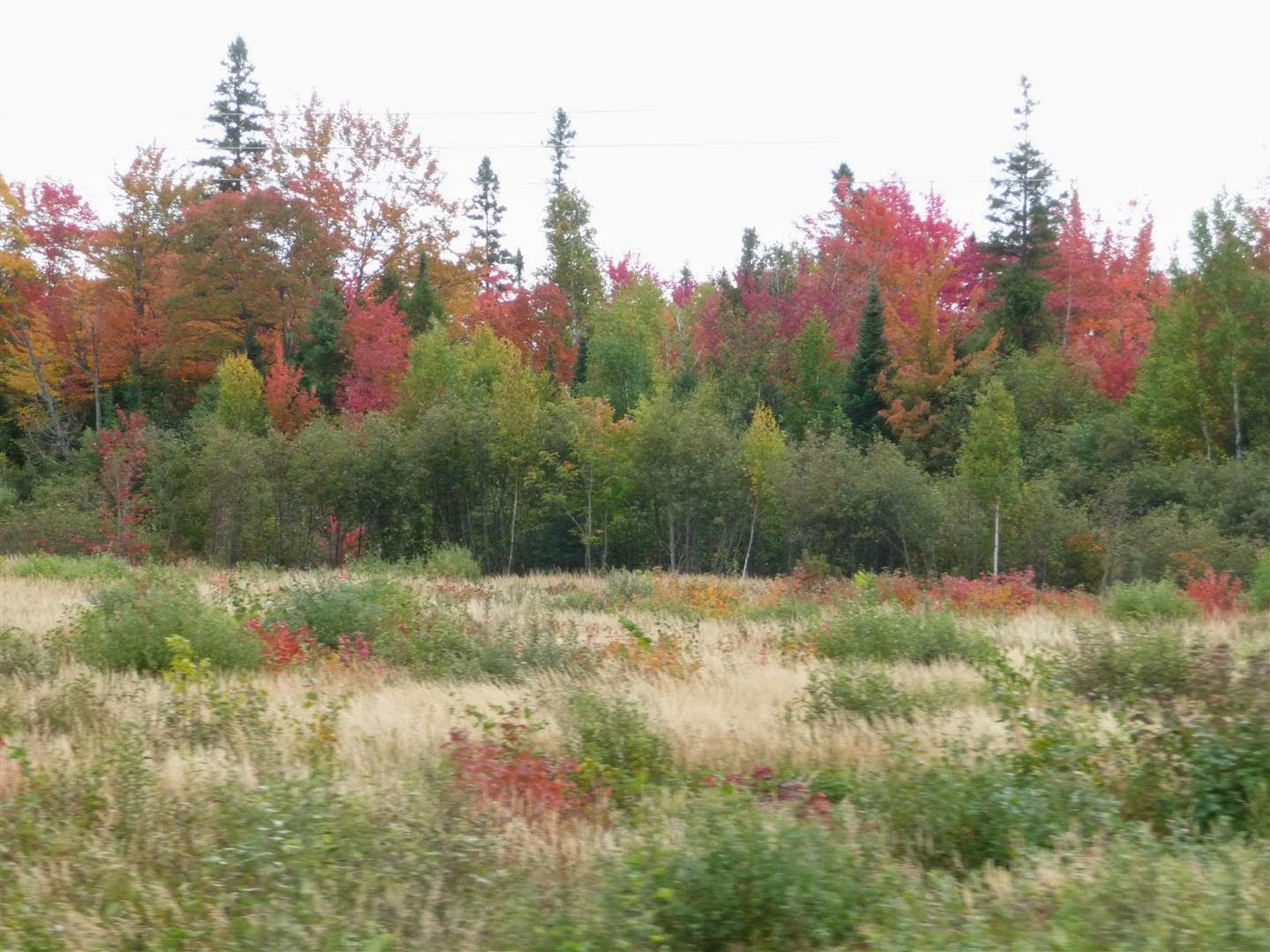 Nice, but give it a week and it will be spectacular

It was another great Fall wind-up trip. If I remember correctly, this would have been the 14th gathering in Eureka Springs and we have only missed a couple. It was worth the trip alone to see the great folks that have made up our family of choice since retirement. The roads and rides were window dressing.

Now we look forward to winter and planning for next year's travels. 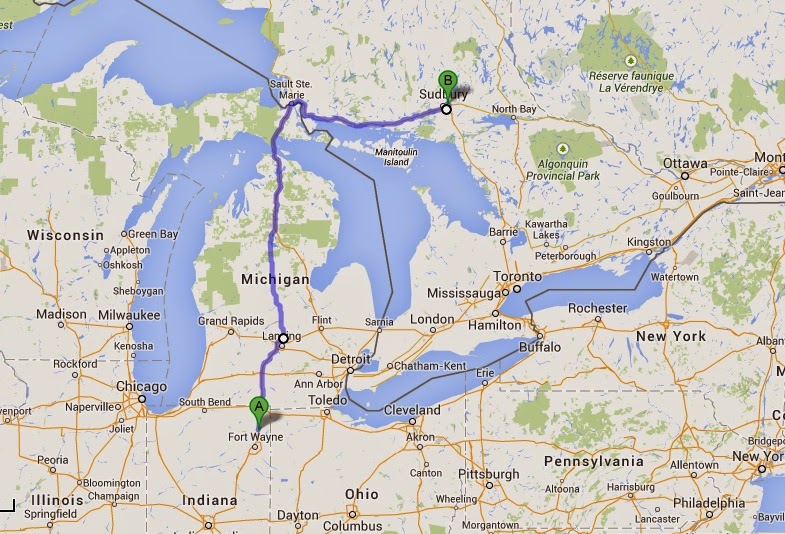 Another good and informative blog! Thanks for the time you take to do it.