I was awake at 4:30 and thought about getting up and finishing yesterday's blog. Instead, I went back to sleep until 6:30. Then I got up and sorted out yesterday's maps and photos, writing an IOU for the story part. 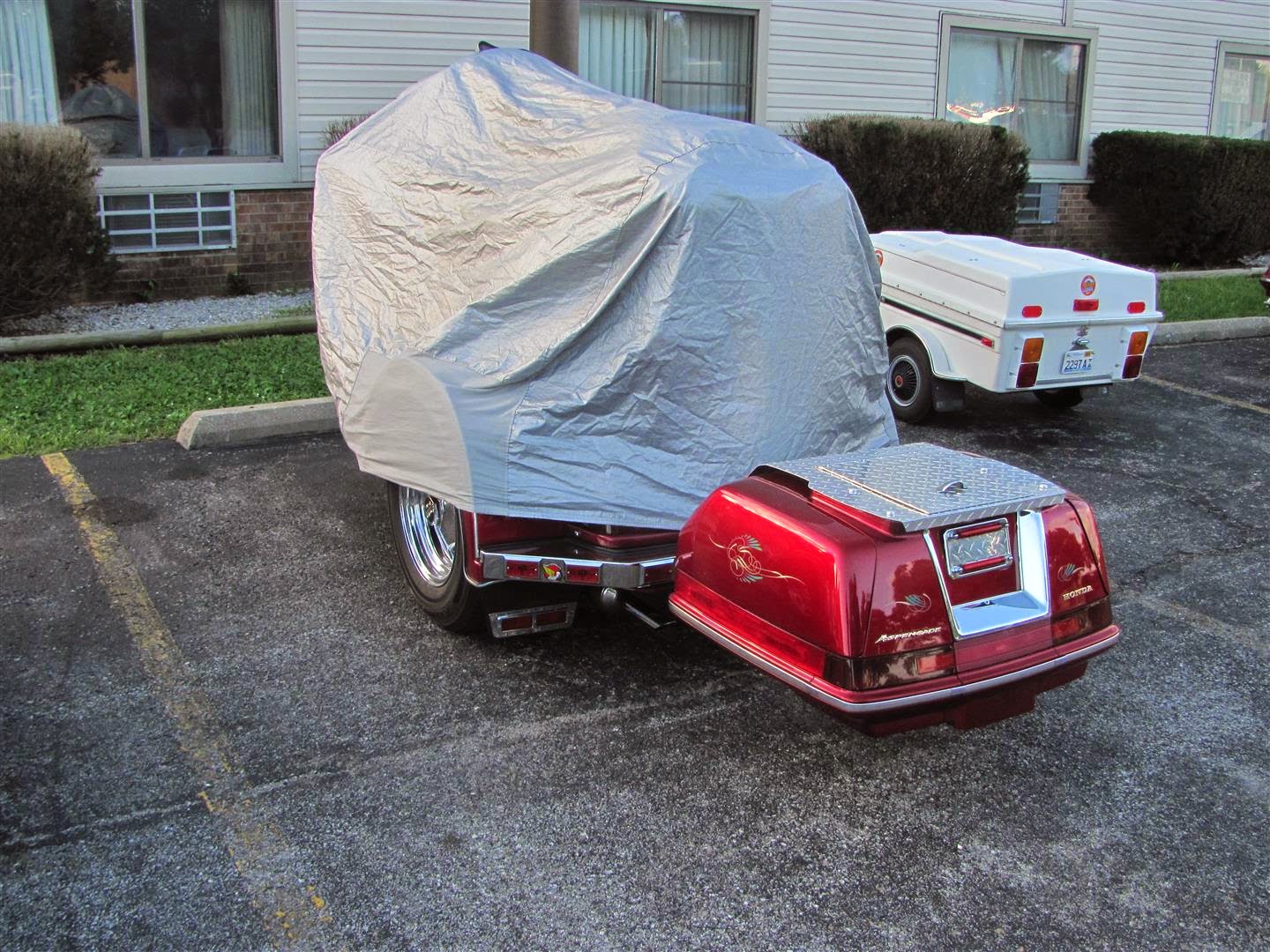 It was 44F out when we headed over to the fairgrounds at 7:40. On the bike. Yes, we still do ride from time to time. The breakfast, included in the registration, consisted of eggs (scrambled by Willie or cooked to order), biscuits, gravy and sausage patties. It hit the spot on this chilly morning. 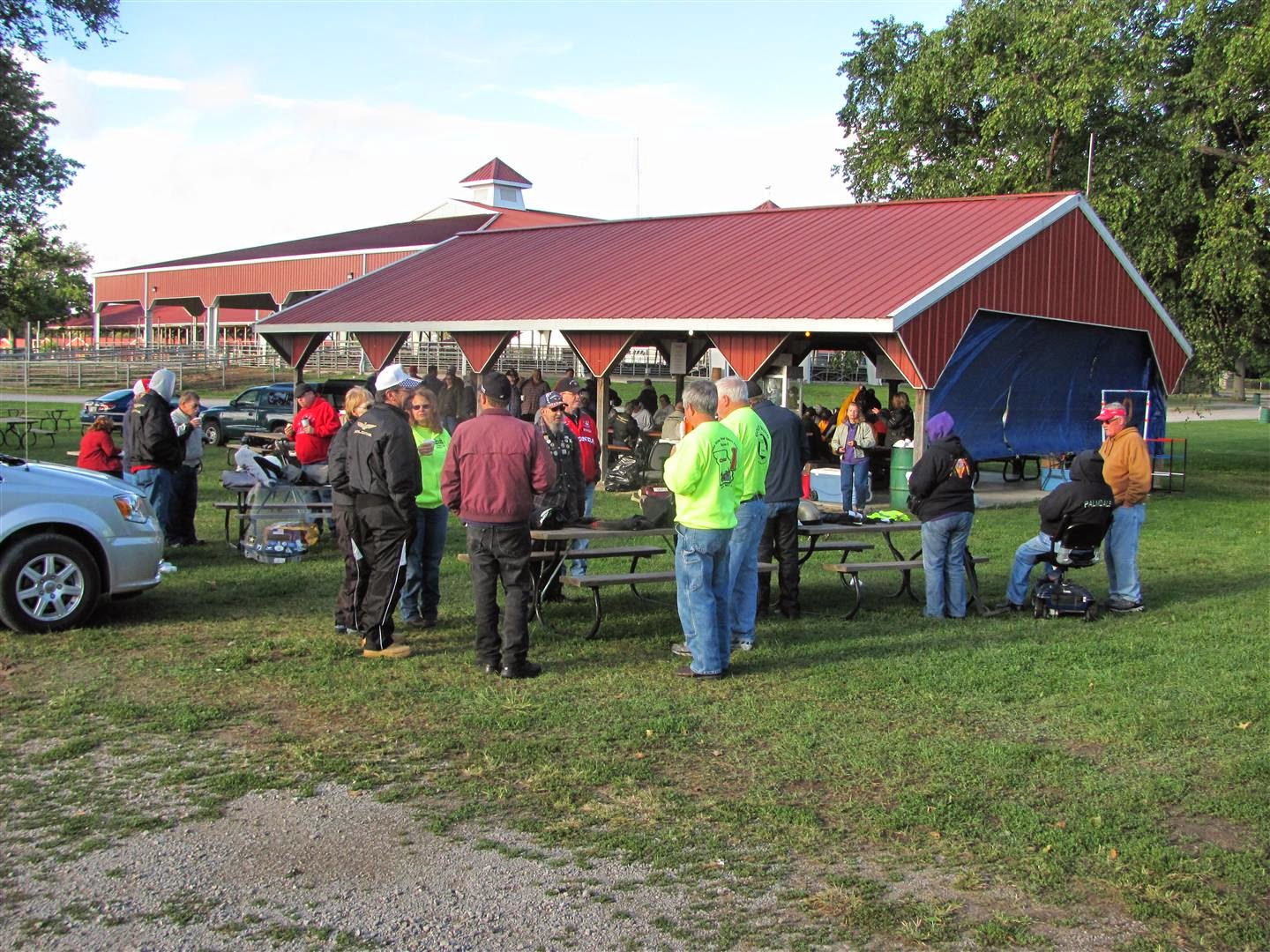 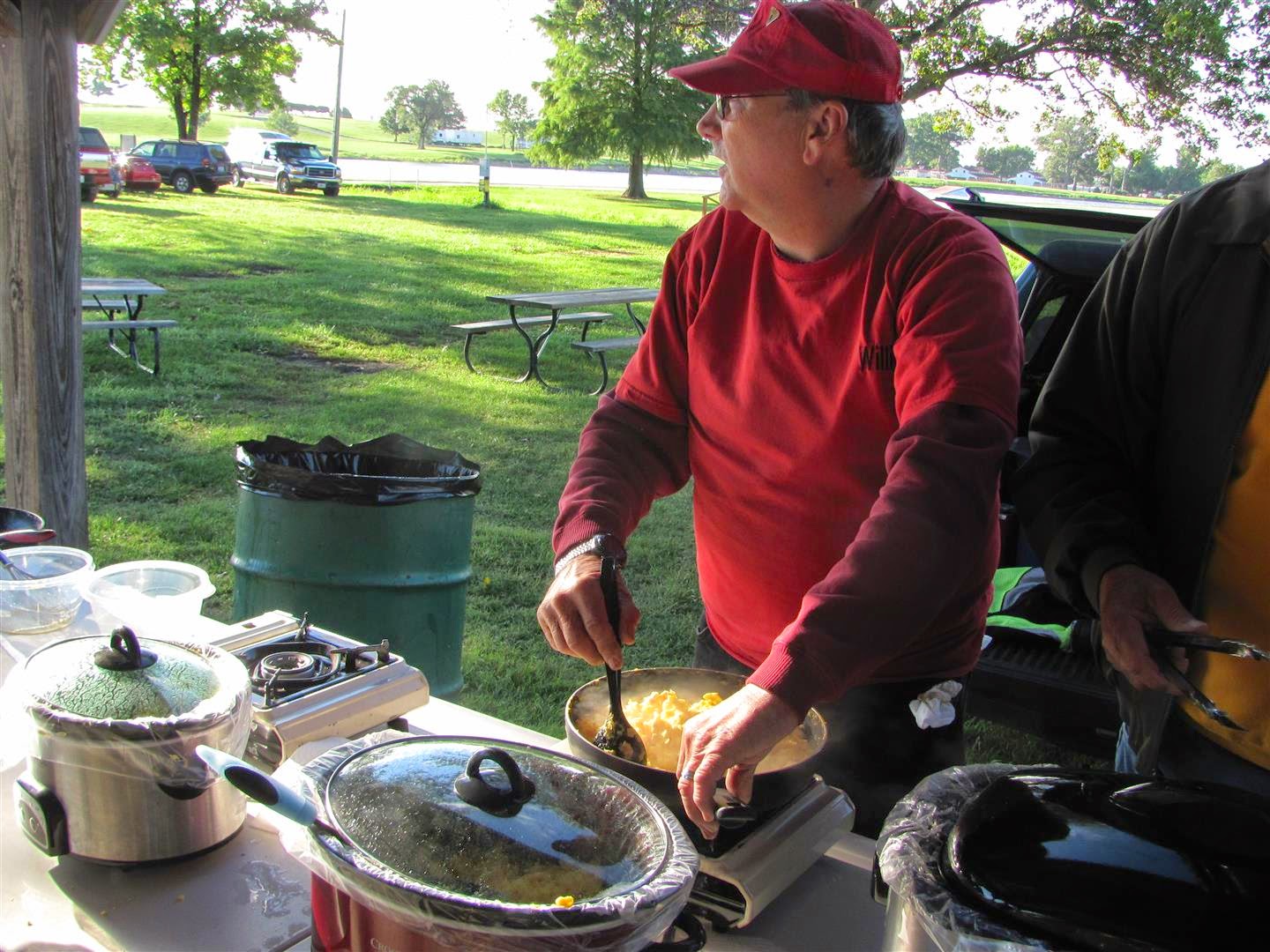 There were three rides scheduled to go out today. The first was a scenic ride for two wheels only leaving at 9:00 AM. The second was the same but was open to three wheelers, leaving at 9:15. Last of all was a ride to Flamm Orchards and then on  to the Moving Wall at Southern Illinois University in Carbondale. We opted for the third ride because Willie was leading it.

The first ride only had a few bikes. The second had a lot more and showed just how many trike riders were in the group. When it came our turn, we had three bikes (Willie, Sandy & I and Charlie) and one car (Jim & his wife). The car would become important later on. 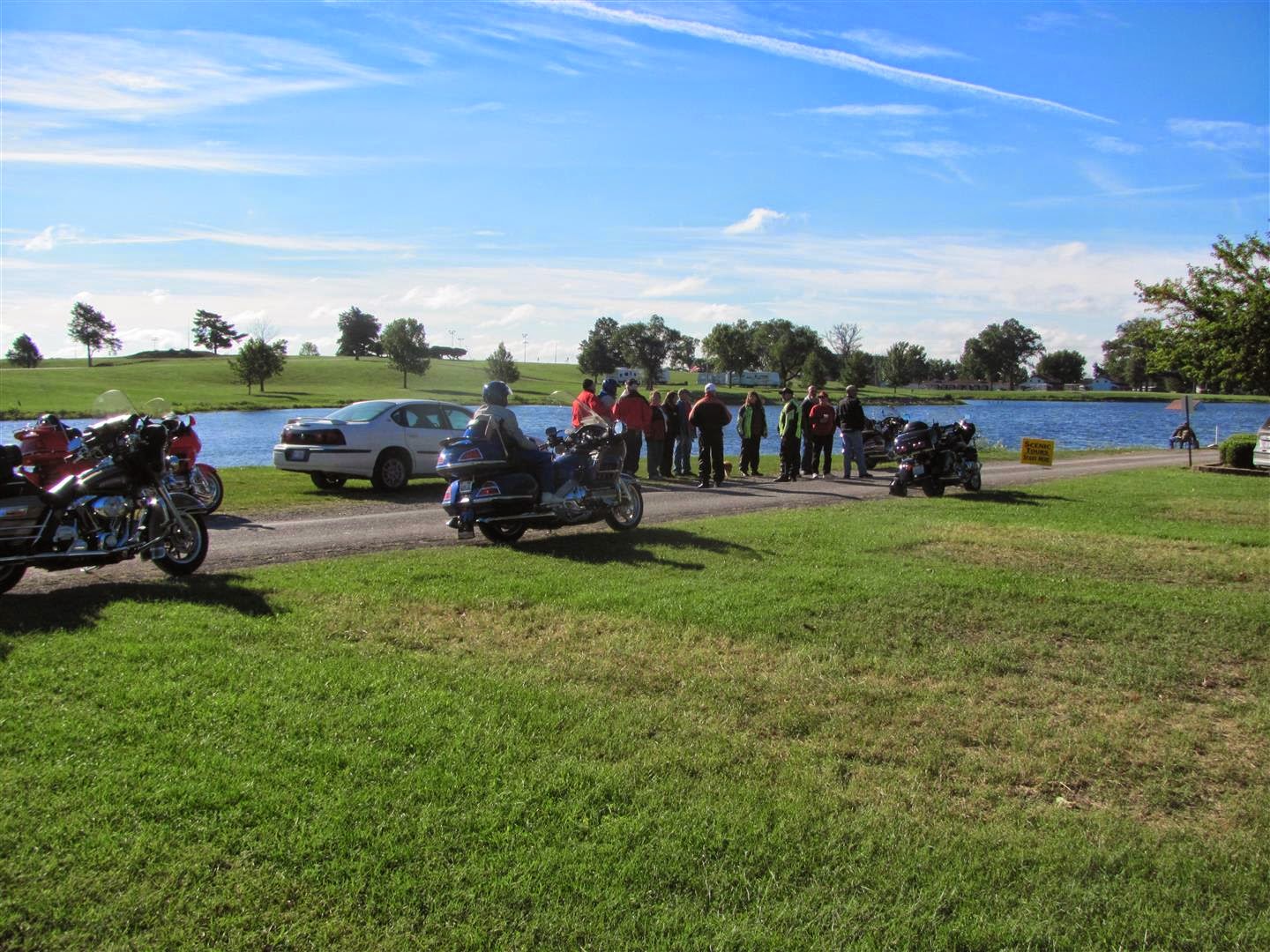 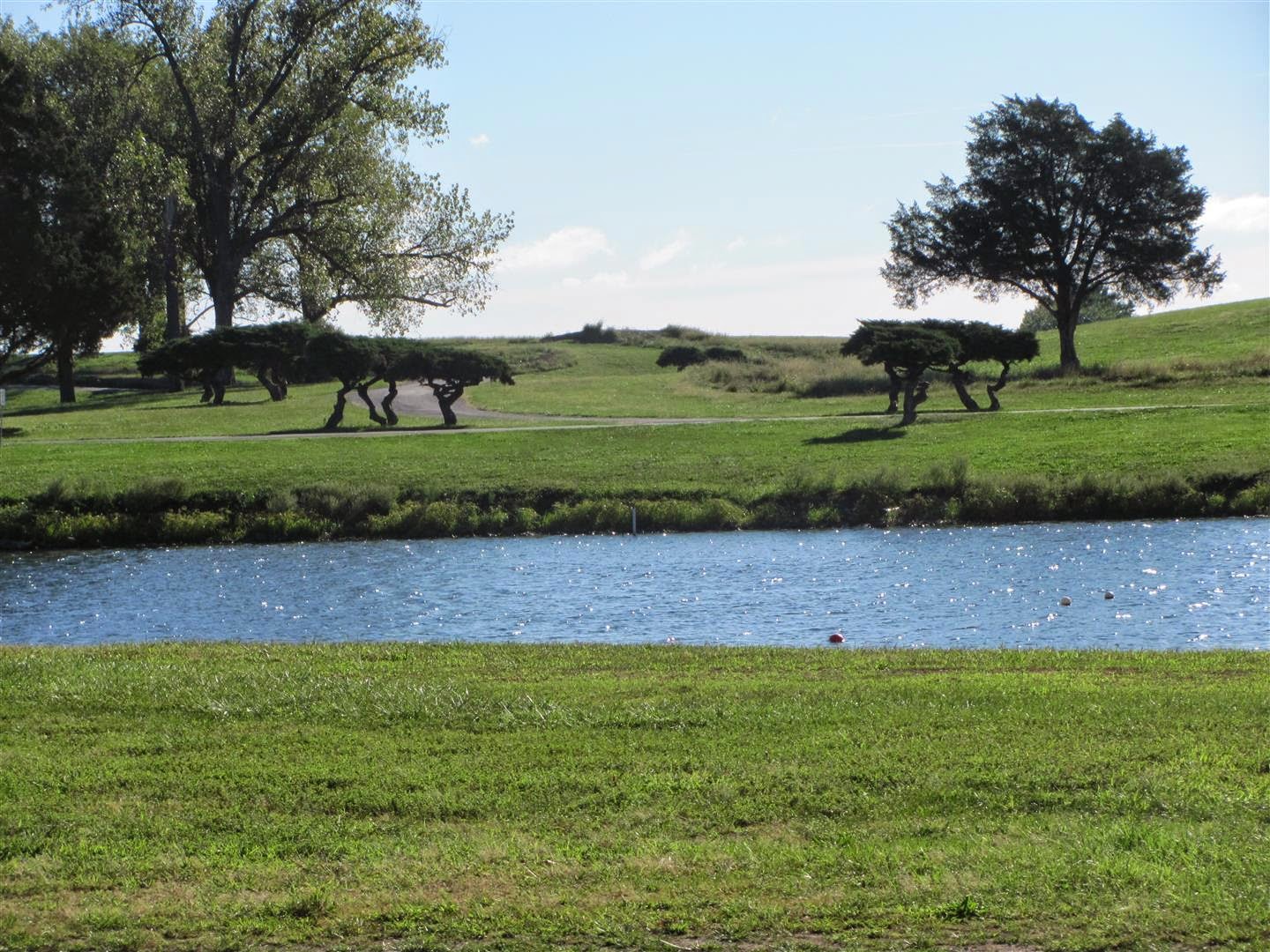 Interesting trees at the fairground 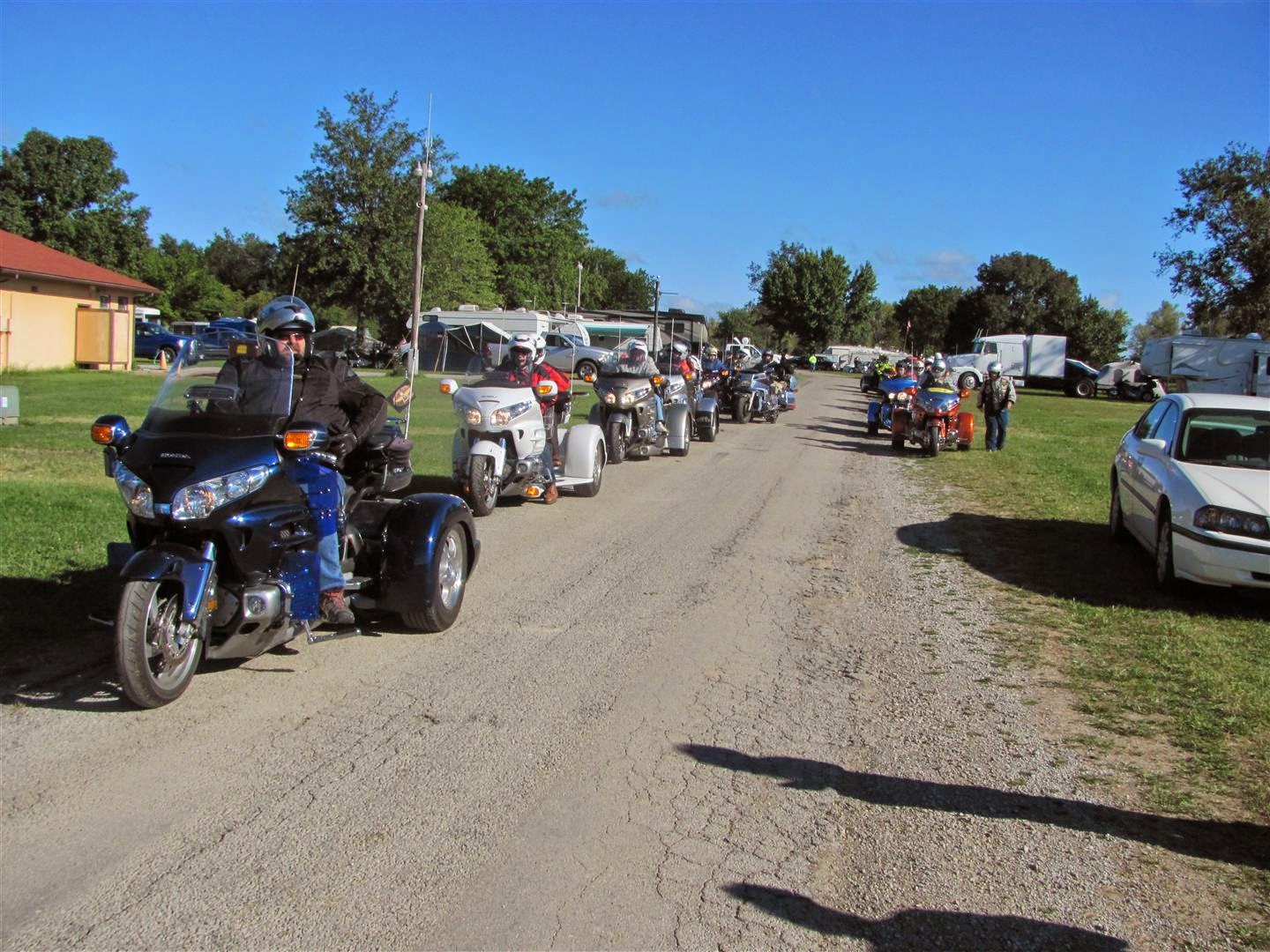 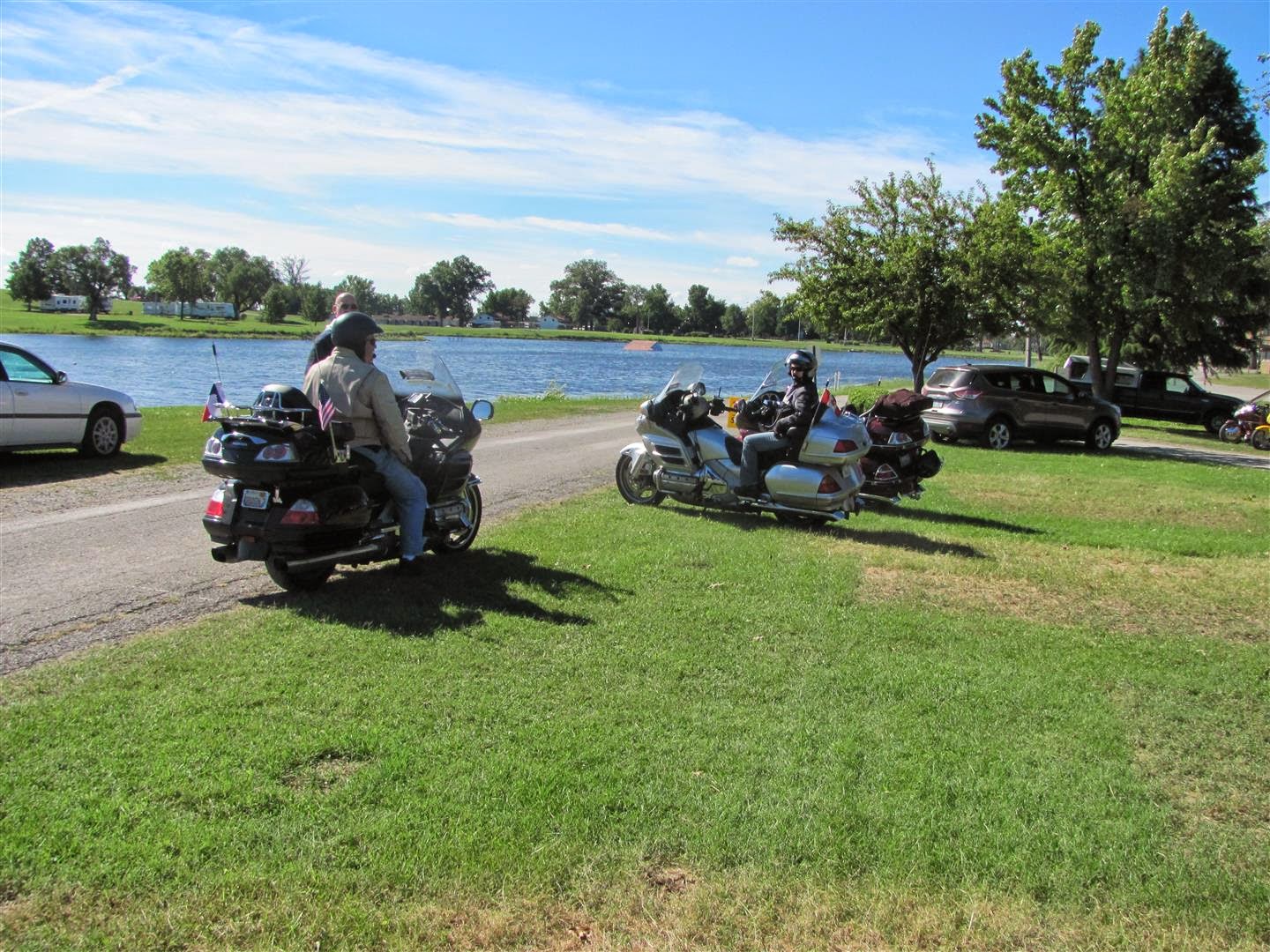 The third ride pulled out just after 10:00. Willie led us across some straight back roads through fields of corn. Periodically, there would be a 40 mph corner and I found Illinois judges the warning speeds better than a lot of other states. We rode down to his town of Murphysboro where the Apple Festival Parade was just getting underway. We skirted the town and started down a series of roads that went through the trees and didn't have centre lines because they weren't wide enough. Finally, when my back tire broke free in one curve, I realized that they had put down a fine layer of stone on top of the blacktop in some places. When my tires were crunching, I took it easy. The route was such that I needed to recover the track from my GPS later on to figure out where we had gone. 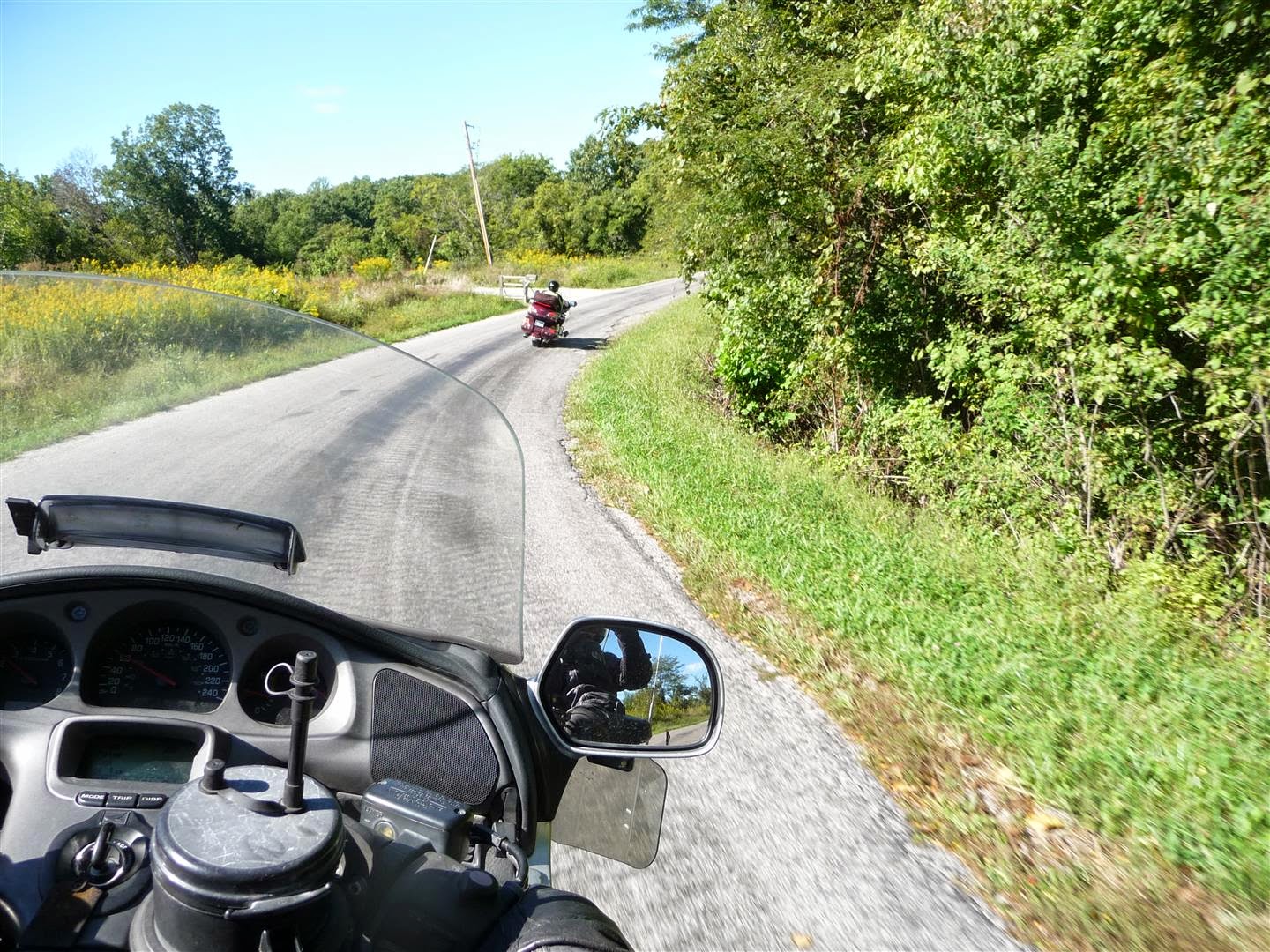 Eventually, we came to Flamm Orchards and lined up at the food window. Willie ordered two apple dumplings and found out that they were the last ones, although more would be along in a few minutes. He insisted that Sandy and I take these two and he would wait, so we had them with ice cream. They were awesome, but one between the two of us would have been enough.

Sandy's Gerbing electric jacket liner wasn't giving off any heat. We've had problems with this before but this was the first time this year that she used it. Because it was still relatively chilly, Jim and his wife offered to let her ride in their car. With blankets. I switched to my light gloves. 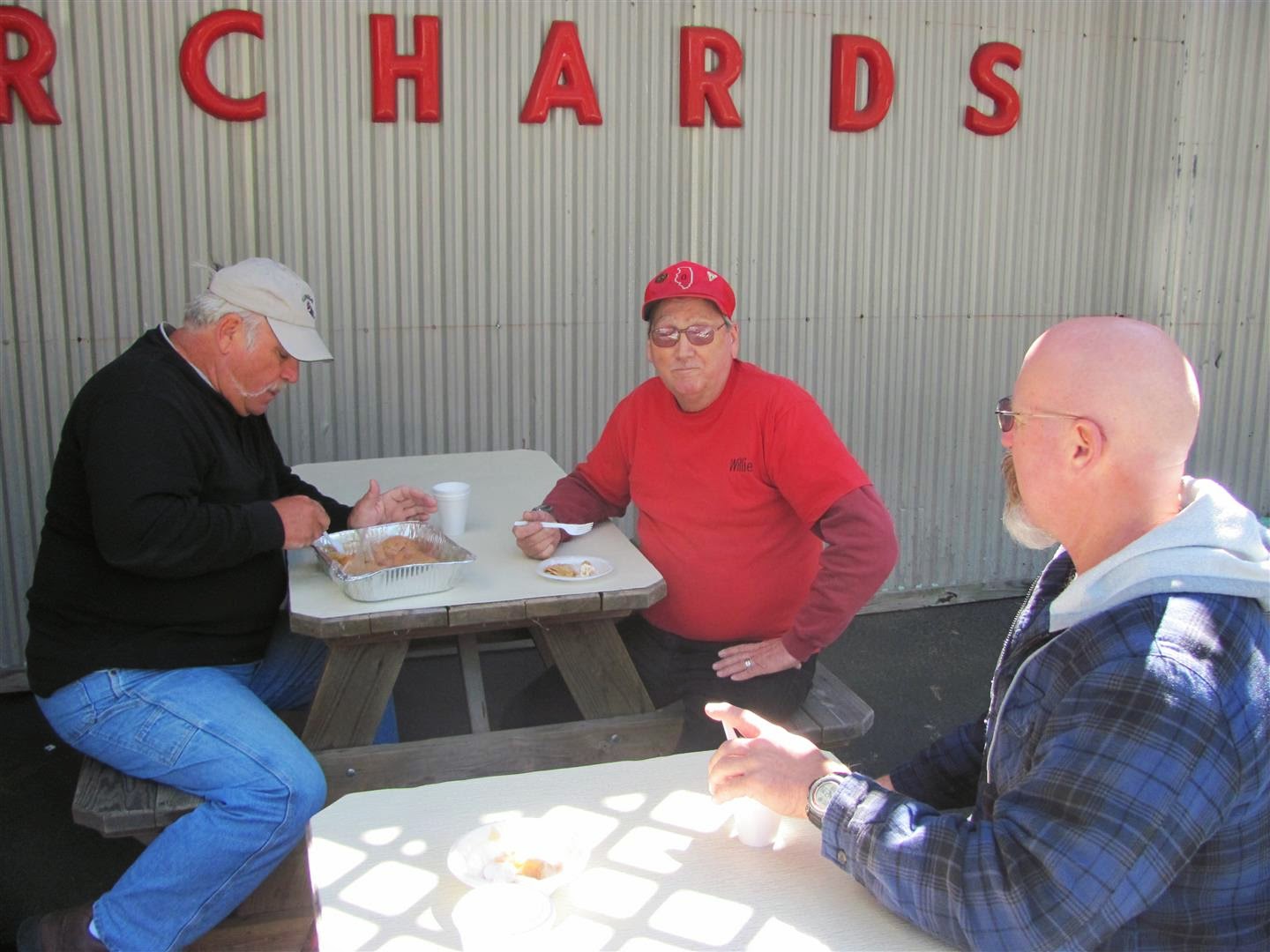 The roads on the next stretch actually had centre lines. We rode across to Carbondale and SIU. After being told we couldn't park in the lot next to the Wall, we moved over to another lot and then walked back. There were a lot of veterans present, as might be expected. The wall is a sobering tribute to those who paid the ultimate sacrifice serving their nation, something that needs to be honored no matter what one thinks about the merits of that particular war. There were maps where people stuck coloured pins to note where they served during the conflict. 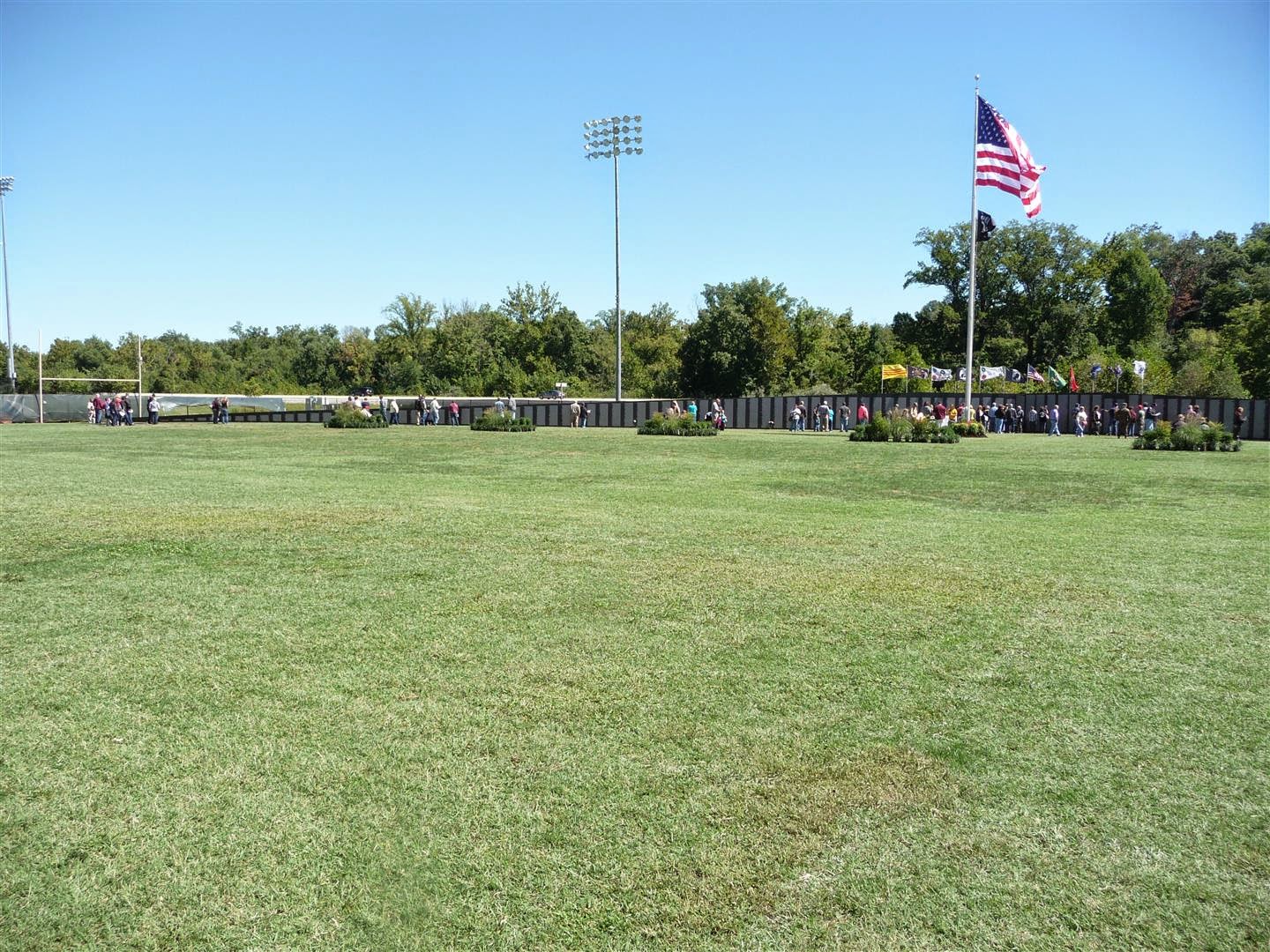 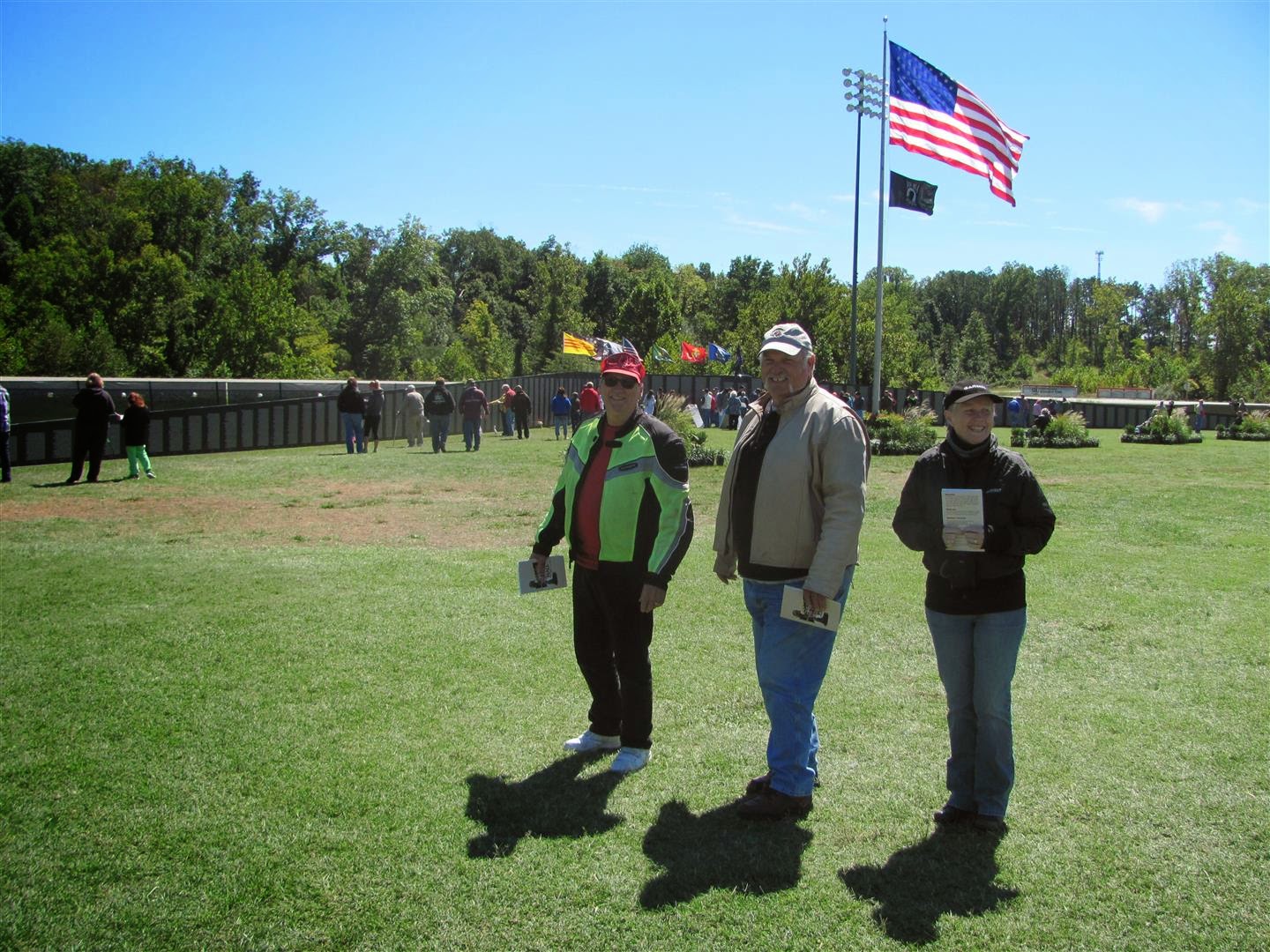 Willie, Charlie and Sandy at The Wall 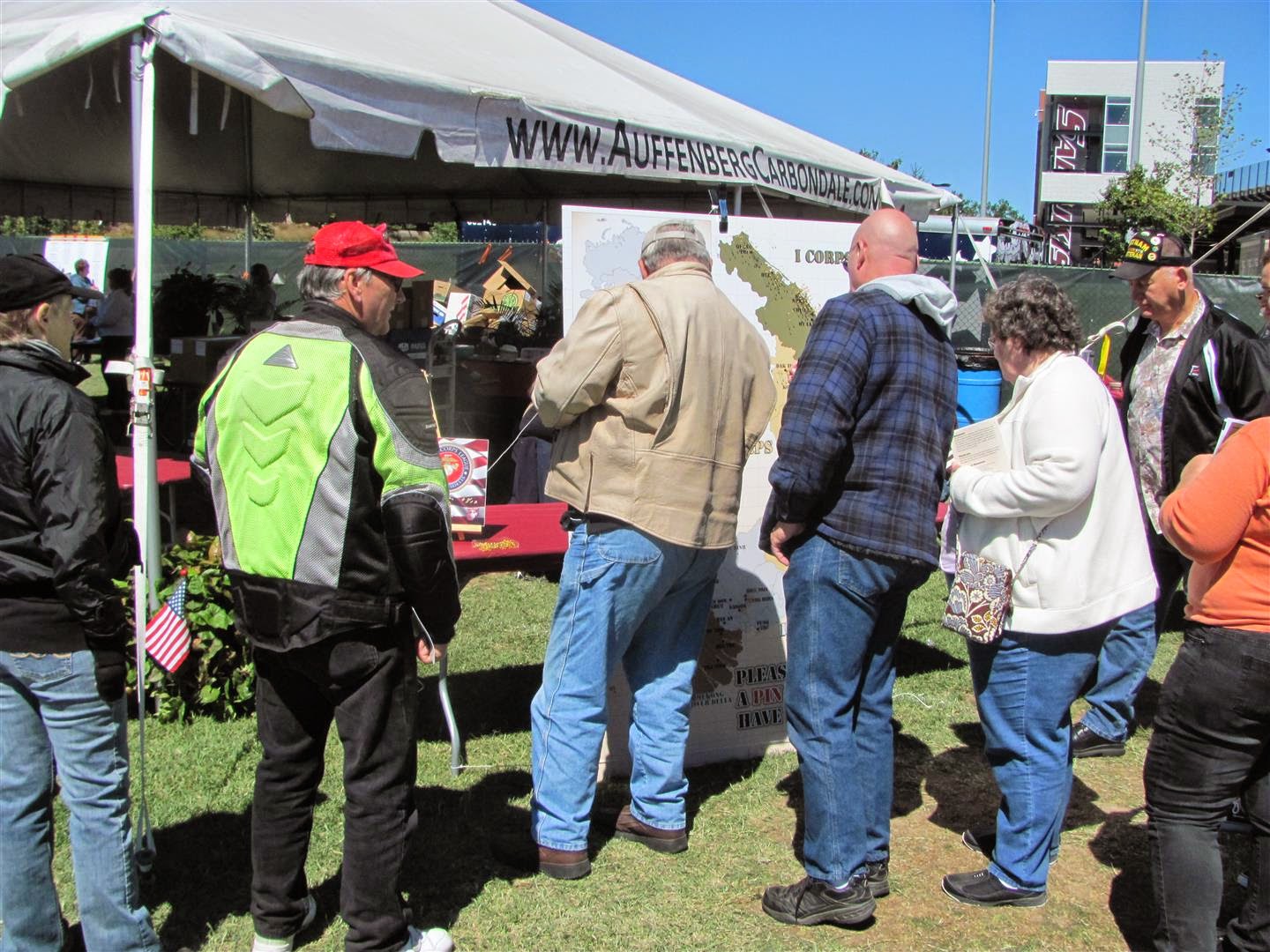 Sticking pins in the map of Southeast Asia

While we were at The Wall, Willie got a call from Carlene. Butch and Theresa from Kentucky had seen that we were in the area and had driven up to say hello. We skipped the rest of the scenic ride and headed straight back up 51 to the fairgrounds. Butch and Teresa had brought their truck and dog and were patiently waiting for us to return. It was really good to see them. We will be neighbors in Maggie Valley next May, but that is a long way off. 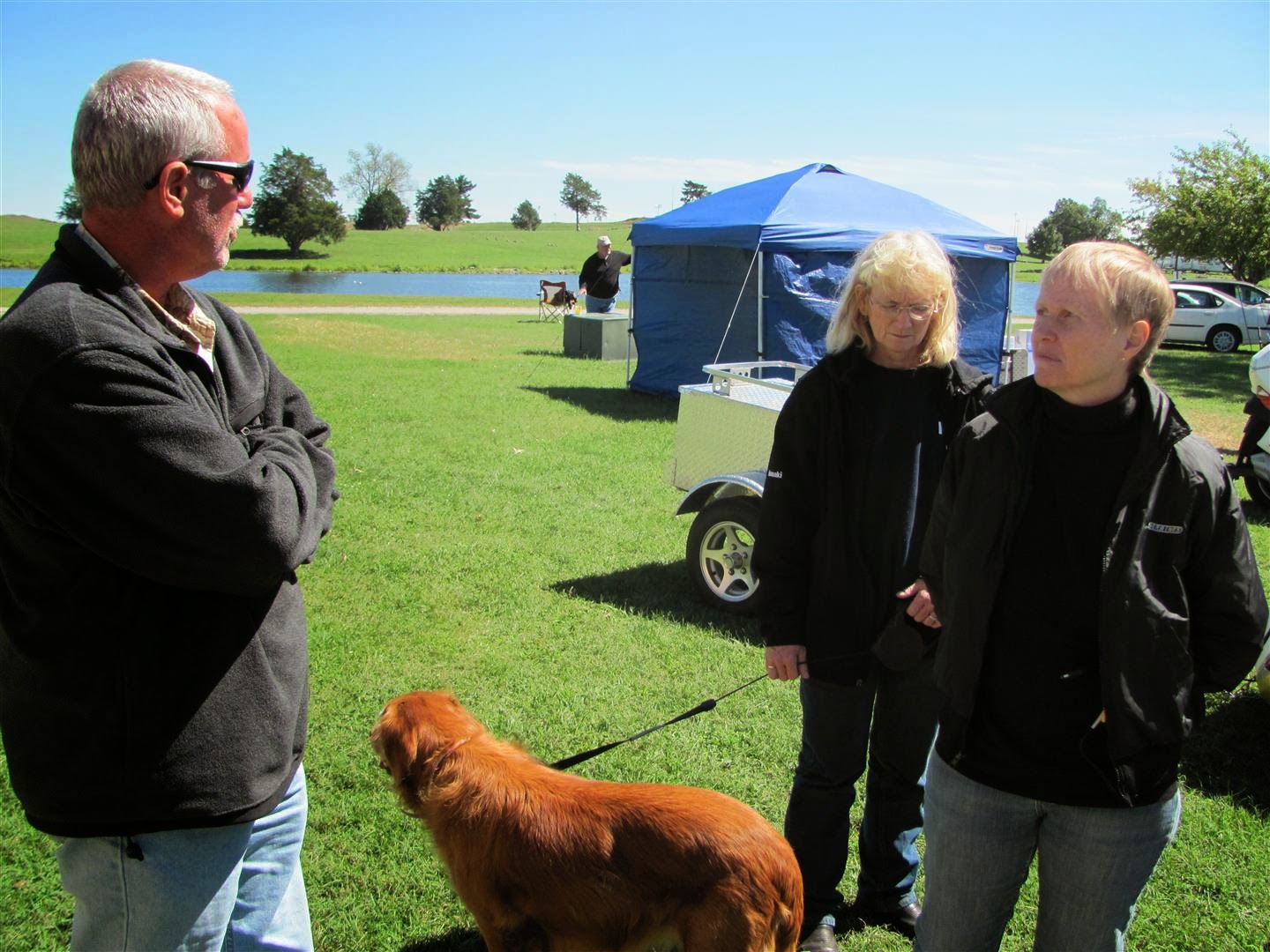 There were motorcycle games after all the rides got back but we didn't partake. Later in the afternoon, I saw something I had never seen at a motorcycle rally. They had a dog show. They were all smaller dogs and they were judged on a variety of criteria, but I have no idea what those criteria were. 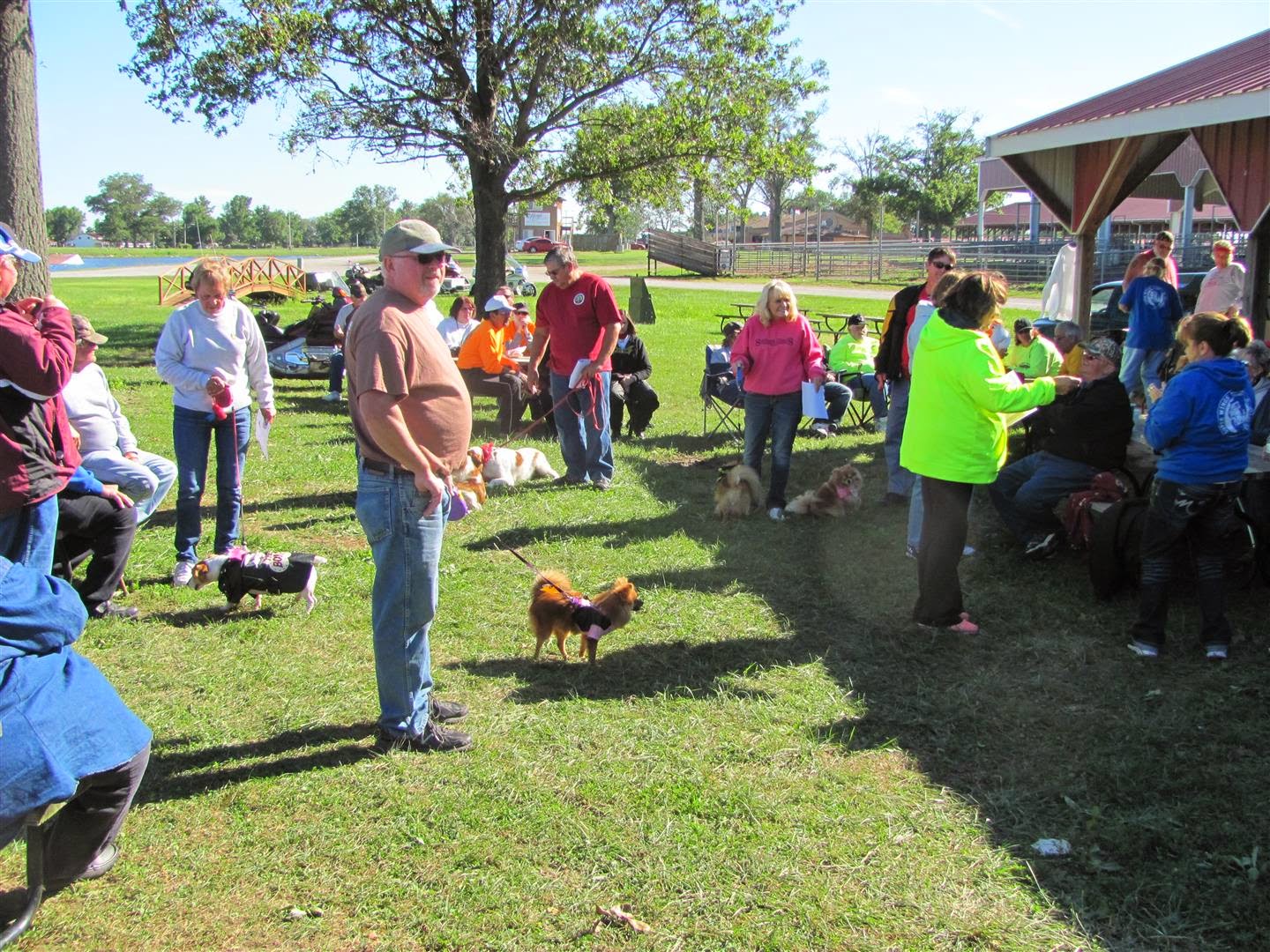 I spent some time talking to a man who had switched from a Class A gas RV to a 5th wheel hauled by a Ford 3/4 ton diesel. We talked about the power of the diesel handling the 13,000 pound load and he showed me the hitch system. I asked a lot of questions because I hope that a 5th wheel toy hauler is somewhere in our future. 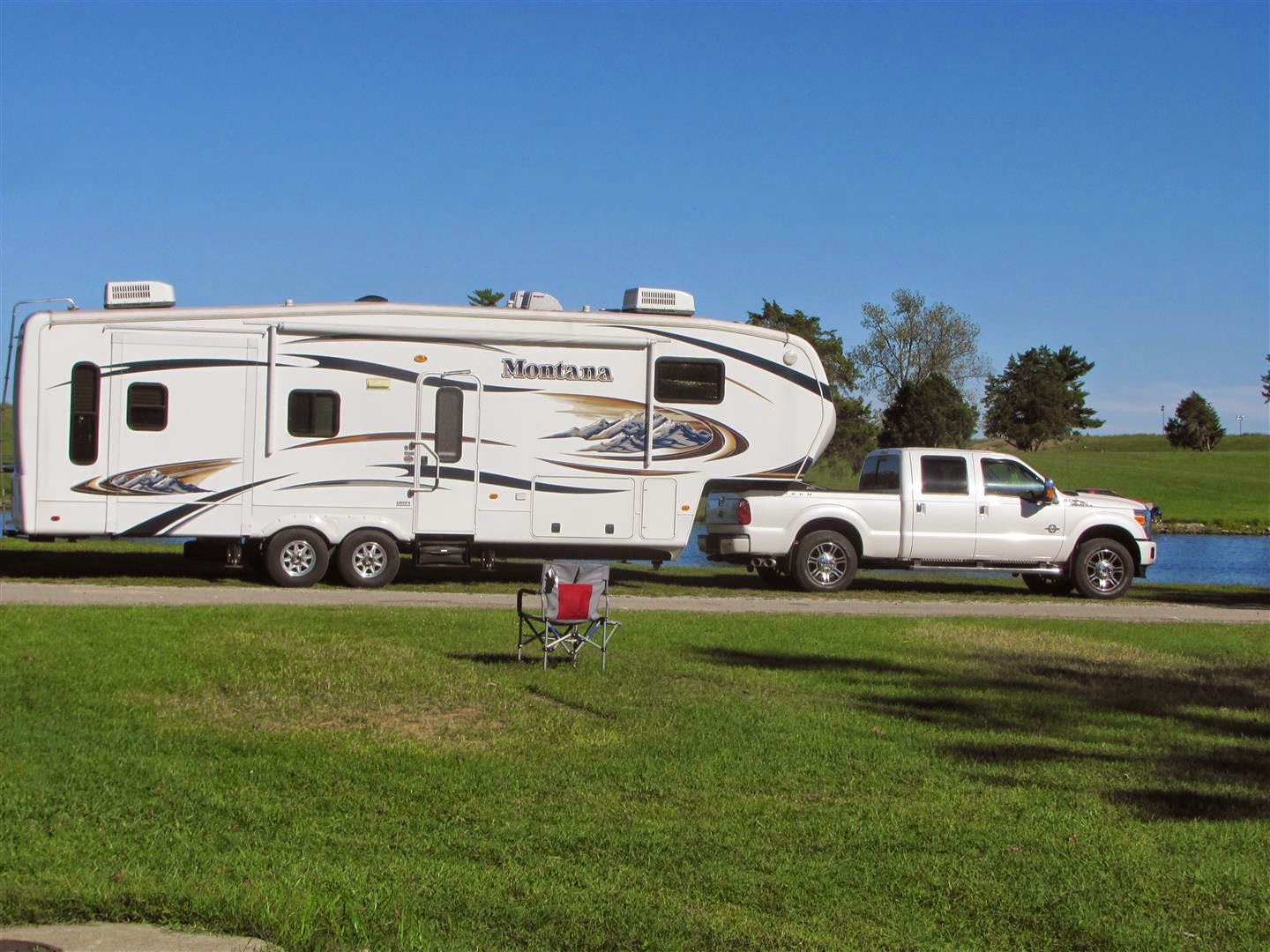 After the dog show, they presented awards. Our new friend Bill was the second furthest ridden and the second oldest. There were no awards for second, but James rode the furthest to get to the event and received a certificate. Then they drew for door prizes and the official schedule for the Ride In came to a close. 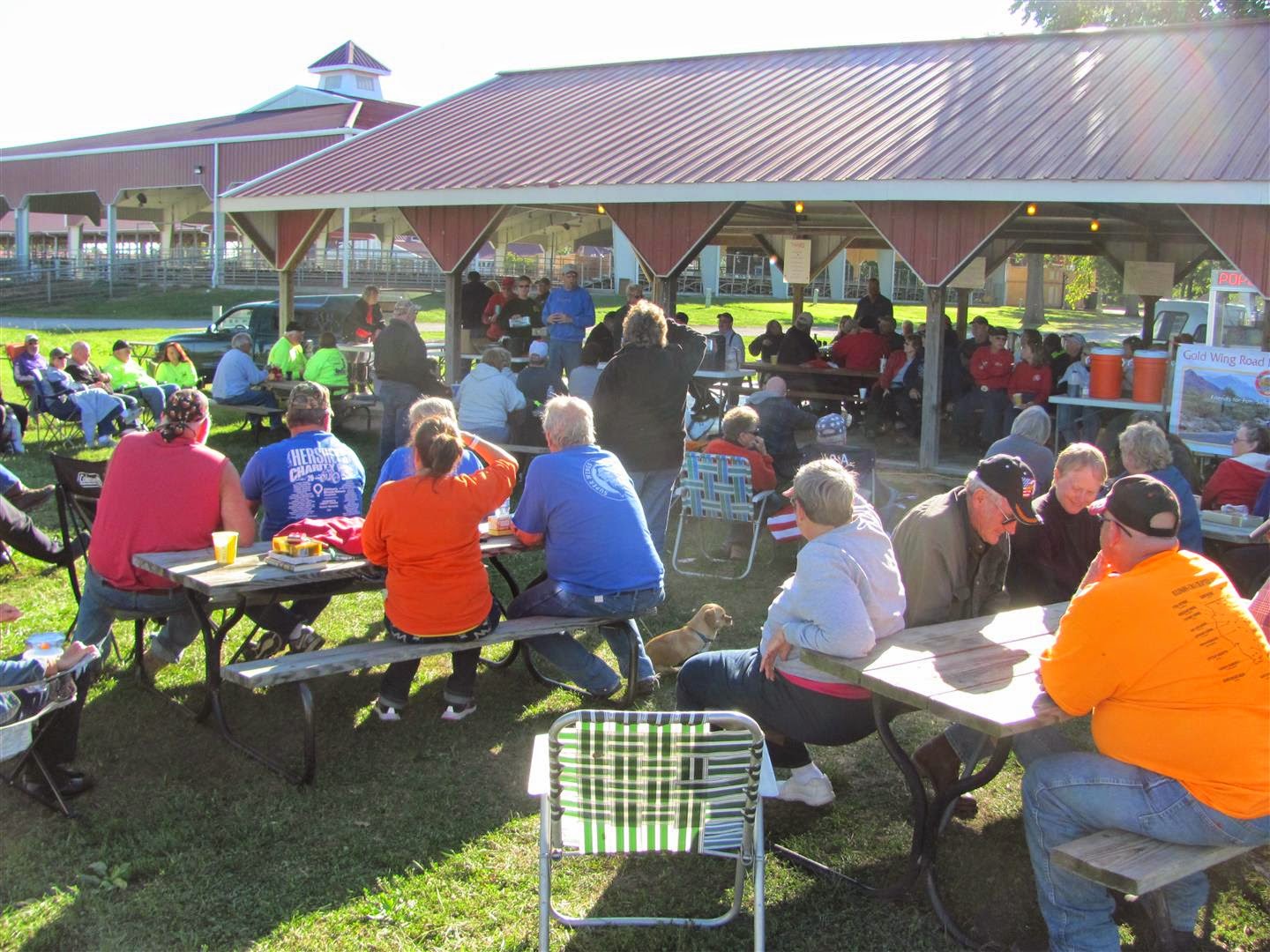 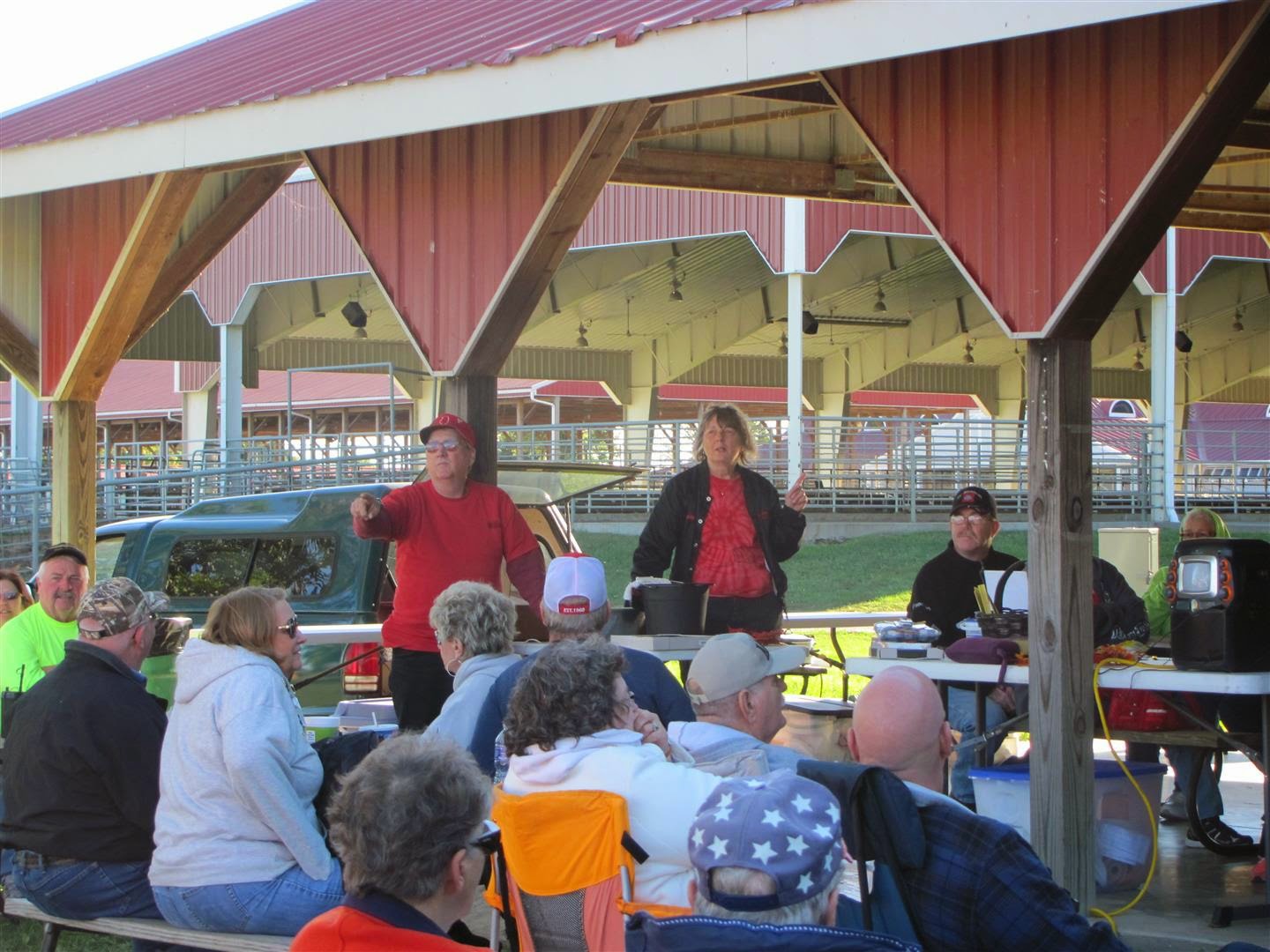 Willie and Carlene and the closing comments

As the others were pulling out, Willie invited Sandy and I back for a pot luck held by their local chapter. We took the bike back to the hotel and then went back to the fairgrounds in the truck, where we enjoyed a meal with Willie and Carlene and their fellow club members. These are great folks and, if the schedules align again next year, we will be by again. Thanks to Willie and The Lovely Carlene for inviting us. 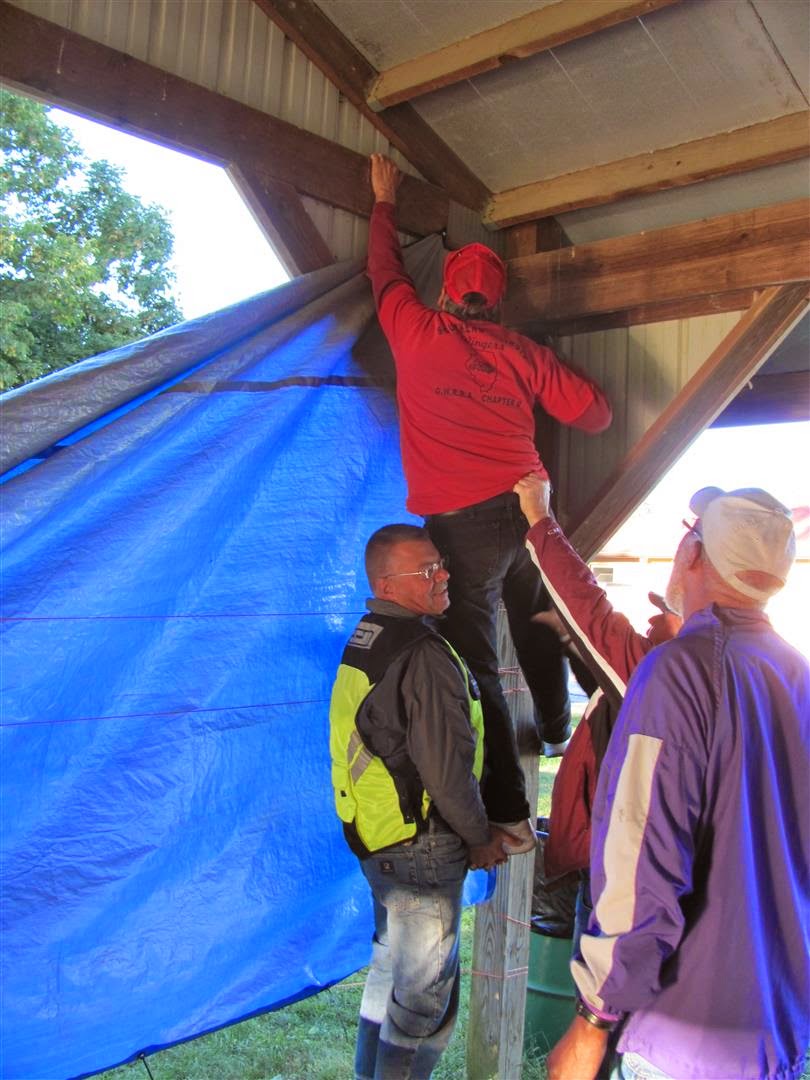 Willie taking down the last screw holding the tarp

After supper, we headed back to the hotel, hooked up the trailer and loaded the bike.Then we talked to Patty the desk clerk, who was supposed to be off tonight but stopped by to say hello. Finally, we headed off to the room to pack the gear and get some sleep for the drive tomorrow. 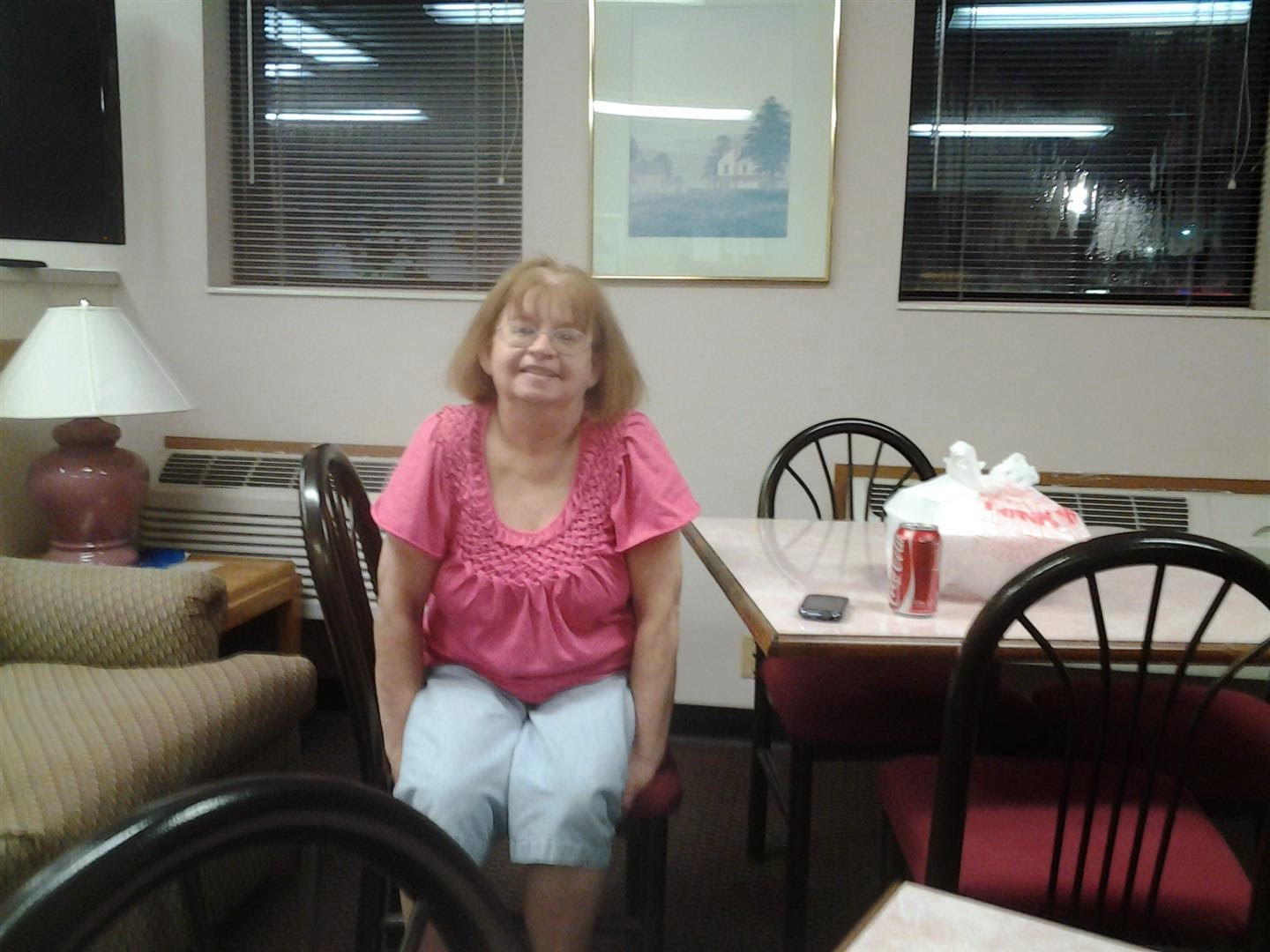 Patty at the Super 8 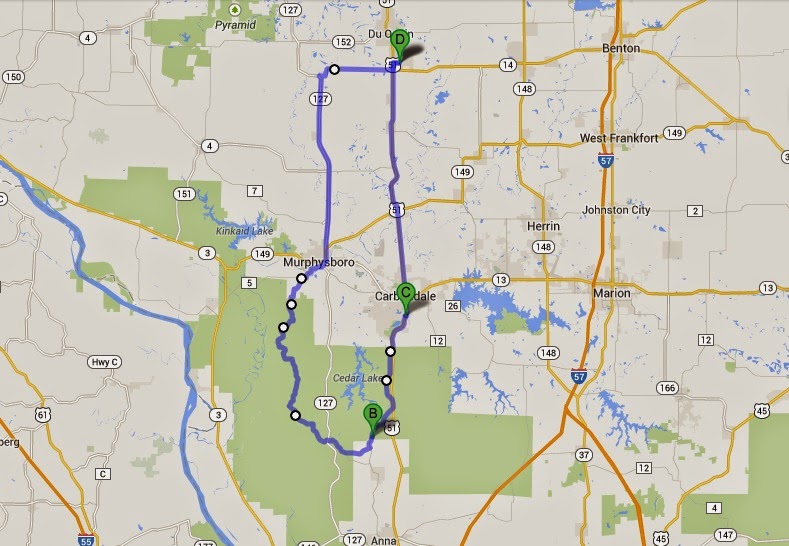