Sandy and I hit the deck at 6:00 AM only to find that Sherm and Pat were already up and moving. Sherm, Sandy and I rode the motorcycles up to Hualapai Mountain Lodge for breakfast. Unfortunately, we got there at 7:30 and the lodge did not open until 8:00. Not wanting to wait around, we rode back down the mountain to pursue other options.
On the steep climb, the Wing temperature gauge rose to near the top end of the scale despite the fact that I was running averaging over 40 MPH. On the way back down, it stabilized but I resolved to check this out further. 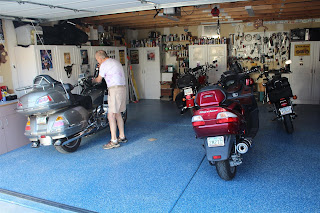 One of the nicest bike garages anywhere 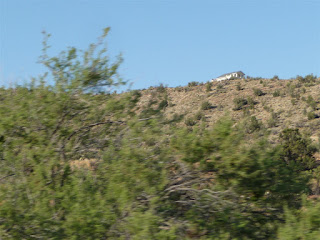 Some people like to be masters of all they survey 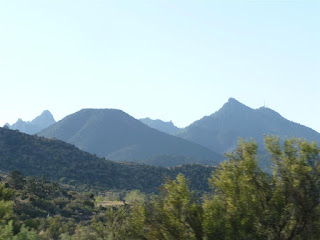 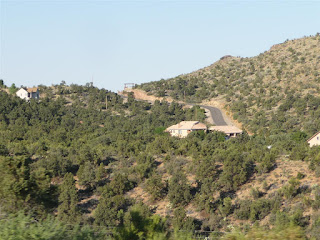 These people don't want to be found 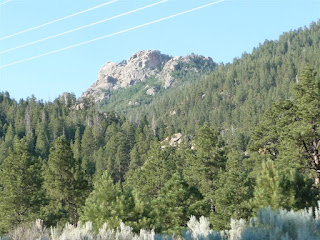 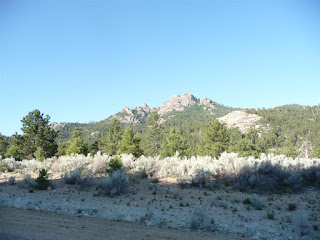 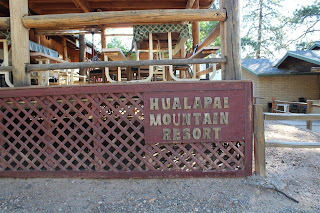 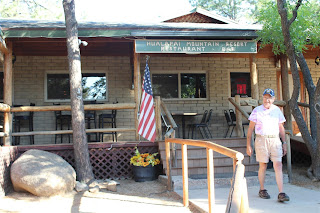 Rats. Not open yet 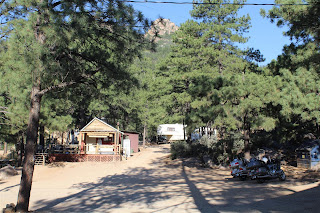 Pine trees on the mountain 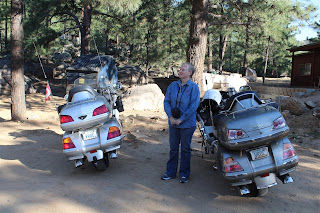 We rode back down the mountain and Sherm took us to his second favourite breakfast spot in town, Rutherford's Family Diner, where Sandy and I had their breakfast special. Eggs, biscuits, gravy and home fries hit the spot. 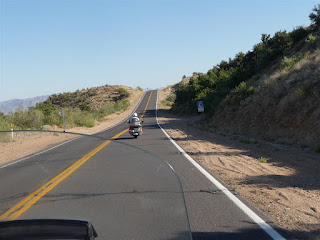 Coming down off the mountain 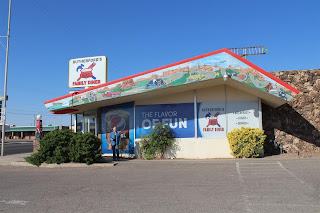 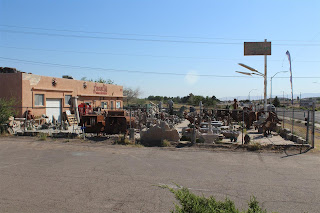 It was 90F when we got back to the house. I checked the coolant overflow tank and found it was low, so we topped it up with the last 500 ml of coolant I had in my parts box. We decided to ride out on Old Route 66 to the Hackberry store while Sandy elected to stay behind in the air conditioning.

Hackberry was a very warm 24 miles out of town. We arrived shortly before a guided group of westbound Harley's pulled in followed by their support vehicle. They were German and Swiss (with one Hungarian) traveling Route 66 from Chicago to Los Angeles. The one fellow I talked to was Swiss but was currently working in Cartagena, Colombia. We also talked to a couple from Lapeer, Michigan who were moving an ageing relative back closer to home. Finally, Sherm's singer friend Bridget arrived just as we were getting ready to leave. 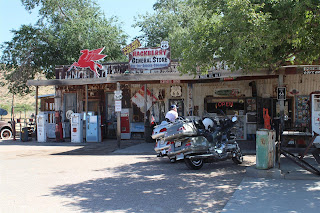 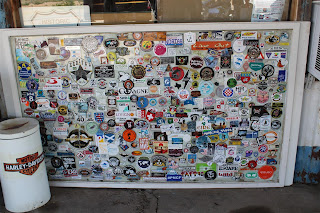 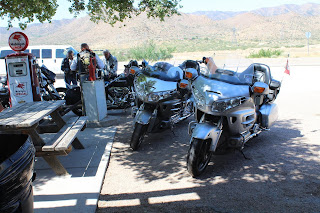 Harley riders in the obligatory uniforms 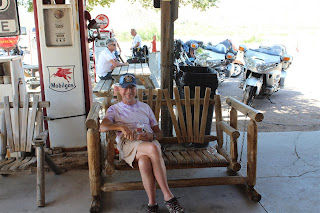 Sherm in his Arizona riding gear

It was pushing 100F as we rode back to town into a strong headwind. The Wing temperature stayed where it belonged until we slowed down for the local streets. It did not go to the upper limit but it was higher than it should have been. Since this was much hotter than the bike was used to, it was probably fine but I was overdue for a coolant flush and change. I'll look after this as soon as I get home.

We got word that Jack and Barb from Holbrook will be joining us in Solvang. That was excellent news.

After we parked the bikes, Sandy joined us for a run to WalMart in the car. In addition to snacks and some Tylenol, I got a belt and Sandy picked up a floppy hat. 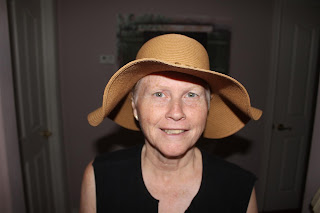 This should keep her ears from getting sunburned

Sherm hooked his trailer to the Toyota pickup and loaded the bike. We discussed various tie down options and then took a test drive out to Crazy Horse Store, about ten miles up Stockton Hill Road. Everything stayed where it was supposed to. 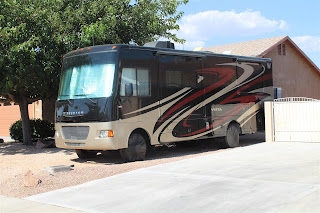 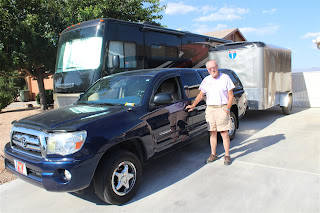 Ready for the test run 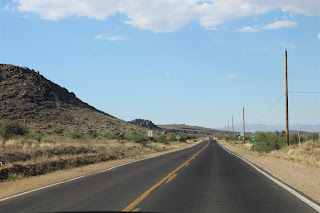 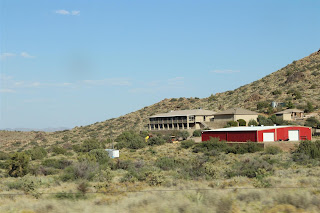 Nice mansion in the boonies 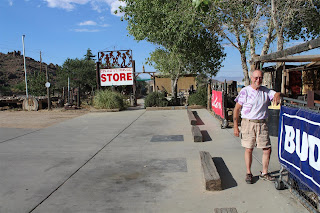 Made it to Crazy Horse OK 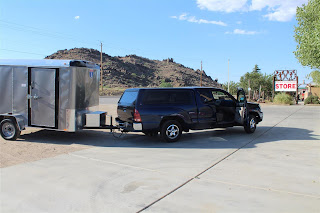 Returning to town, we went on to WalMart where we bought the last large roasted chicken.When we got back to the house, Pat was ready with red potatoes and jello salad. It was a fine meal. The temperature was holding at 109 F, so we stayed in and watched Jeopardy again. 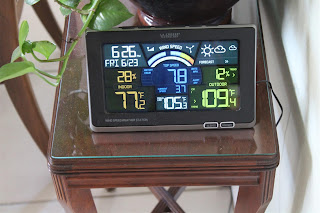 Sherm went out and retied the bike using six straps. I think the trailer could roll over now and the bike would not move. I managed to get some more of the blog caught up but was still behind and it was bothering me. Still, I left some days unfinished when I headed off to bed. 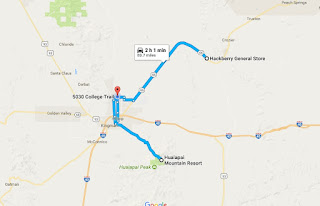