By the time we were up this morning, everyone had left except Jack and Barb. They were planning to head out later in the day and get to Barstow by evening. Sherm, Sandy and I went over to Olsen's for our complimentary Danish breakfast. They were firing on all cylinders this morning. A hot whole wheat bun with slices Havarti cheese, a lemon Danish and strong coffee started the morning just right. 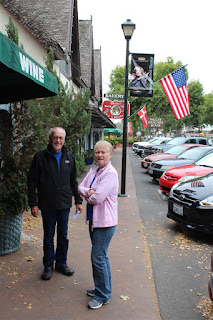 So many places to choose from 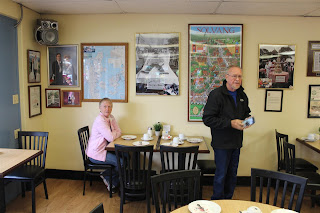 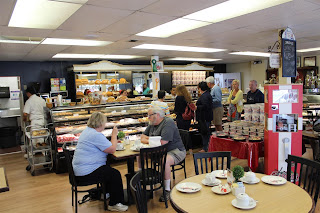 Back at the room, we worked on blogs until Jack and Barb knocked on the door. We decided that we should take them on a tour of some of the local spots before they headed for home. First, we rode to Buellton to get fuel at Tom's Market. On the way back, we stopped by the side of the road to get a look at Ostrichland USA. 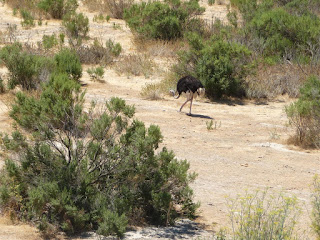 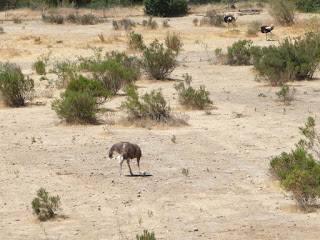 Then we rode back though Solvang using the back streets to catch a little more local flavour before turning north on Alamo Pintado Drive. 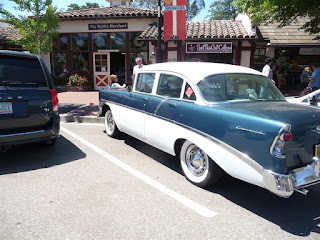 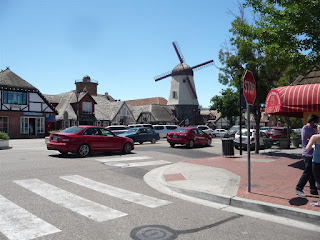 The next stop was at Quicksilver Ranch to show Jack and Barb the miniature horses. The tiny equines were a little more sociable today. I realized that I had left my camera in the hotel room, so all the photos on this ride were taken with Sandy's. 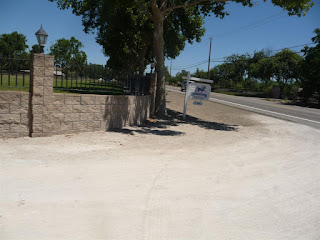 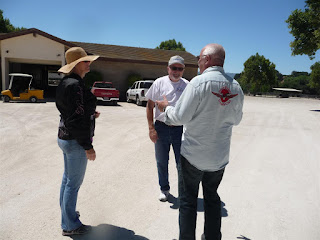 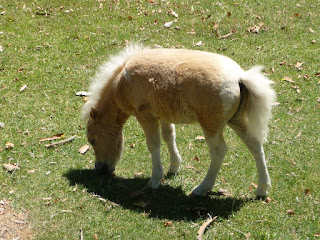 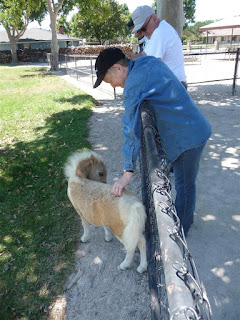 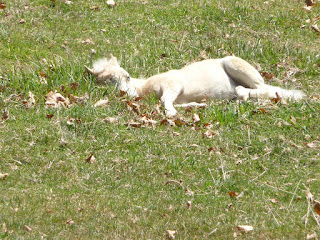 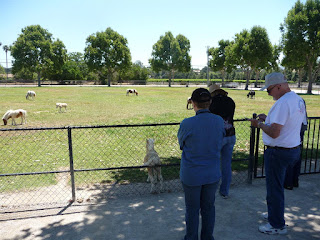 From Quicksilver, we continued north through Los Olivos and crossed 154 onto Foxen Canyon Road. When we arrived at the T intersection with Zaca Station Road, we stopped to ham it up in front of the sign with the many arrows pointing to different wineries. Then we followed Zaca back to 154. 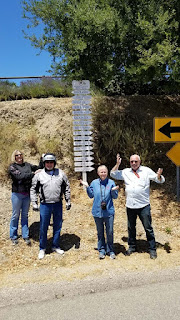 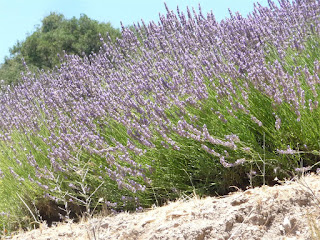 Next on the agenda was the Clairmont Lavender Farm, which had been closed when we stopped by on Tuesday. They had very fine loose gravel in the drive which. was a bit tricky to negotiate on a motorcycle. They even had warnings for the bicycles.

The young man working the place said the field looked thin because he had just planted a new crop. Lavender plants are productive for as long as ten years but then it need to be replaced. They had new Adirondack chairs in lavender with a curved back that were very comfortable, so we sat in the chairs and talked of many things. Sherm bought lavender lip balm (without sun block) so that we wouldn't feel guilty for sitting in the chairs.

The old live oak was still propped up by the telephone pole. 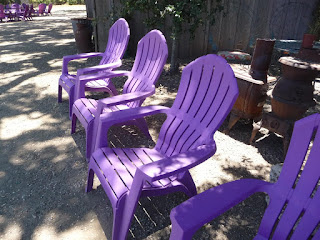 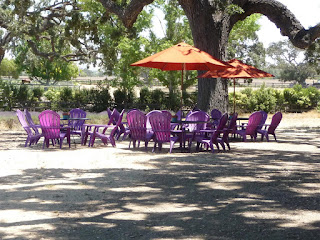 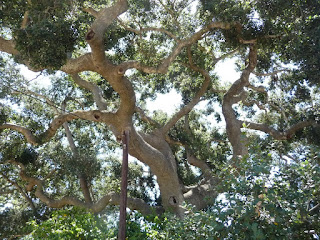 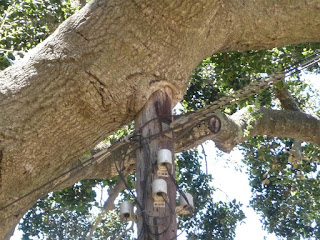 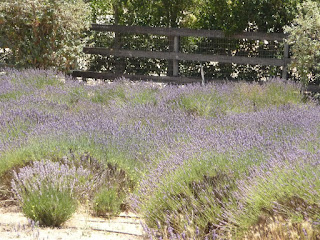 On the way out, Sherm, Jack and Barb were all out on the road by the time I negotiated the gravel to the pavement, which was narrow and off camber. As I made my move to pull out and turn right, I zigged when I should have zagged. The bike started to lean so, having been here before, I let it go rather than damage myself trying to hold 900 pound plus passengers up. Besides, the Wing has very effective crash bars to guard against a simple fall over. I told Sandy to step away and she captured the moment as Jack helped me pick it up. No damage to people or bike, so we were soon on our way. 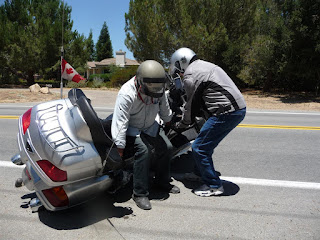 We followed the road out to 154 and then took that south to Paradise Road followed by Stagecoach Road, passing under 154. This was the only road before the viaduct was built. We crossed under 154 and rode uphill until we stopped at Cold Spring Tavern for lunch. 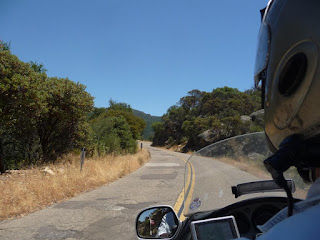 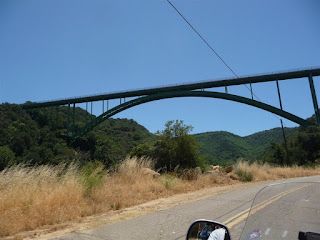 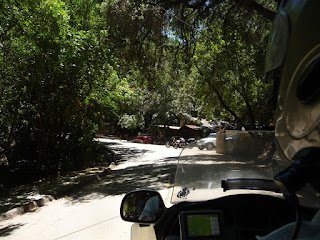 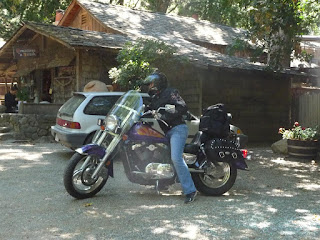 Cold Spring Tavern was built in 1865 to serve the stage traffic traversing the San Marcos Pass. There are 52 springs on the property and the buildings and much of the furniture are original. The men had burgers (excellent) while the ladies had quiche. Real men do eat quiche if they want to, but today they chose meat instead.

After lunch, we continued on up Stagecoach Road where Jack and Barb turned right and headed towards Santa Barbara. Sandy, Sherm and I turned left and proceeded back to Solvang.

At the hotel, we loaded the bikes in the trailers and tied them down. We also packed the suitcases and got them stowed in the vehicles in anticipation of an early morning departure. We skipped supper and had snacks, turning in early for our last night together. 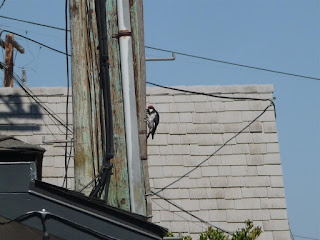 This was a small but good gathering here in Solvang. It was relatively low key but I still maintain that all a good VROC event needs is a date and a place. I told VSP at supper the other night that I would like to go back to Topaz Lake and he replied "I can do that". Here's hoping. 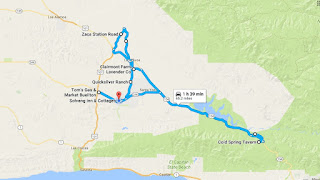