Today, we decided that we would stop by Dodge City, Kansas because it was on our way and Sandy and I had never been there. We left the Wanamaker Super 8 at 7:15 Central Time and stopped by a nearby McDonald's for coffee and a couple of breakfast items to go. This was a retro Mickey D's with a mixed clientele. A Hispanic work crew was eating breakfast there while shirt and tie office workers were getting things to go and a couple of older ladies were looking for senior coffees.

On I-70, I cut the speed to 60 MPH resulting in much better fuel mileage into the stiff headwind. We stopped for fuel at a Pilot truck stop in Salina, Kansas. A little later, we exited the interstate and headed southwest on Kansas 156 to Great Bend where we made a pit stop at one of the original little Love's gas stations. 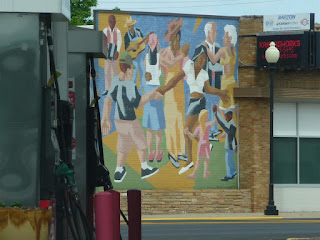 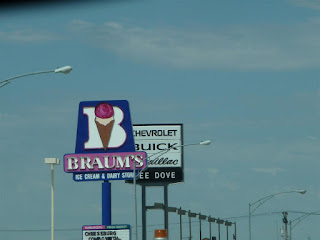 We continued towards Dodge City on US 50, the same highway that becomes The Loneliest Road out in Nevada. We had seen a large wind farm beside 156 and now we saw another in Spearville. Kansas was #3 in wind generated electricity in 2013 and it was easy to see why. I still am waiting to see an economic analysis of the true generating costs per kilowatt/hour compared to other energy sources. 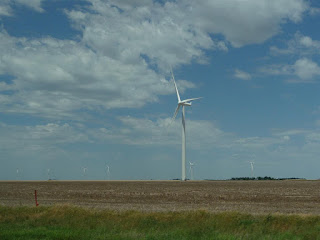 One of hundreds of wind turbines we saw today 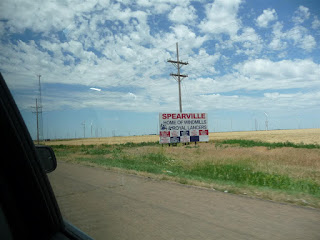 The wheat harvest was underway. We saw a number of combines working as we drove by. When we reached Dodge City, the number of large grain elevators indicated that, instead of the rail head for cattle, this was now a rail head for grain. 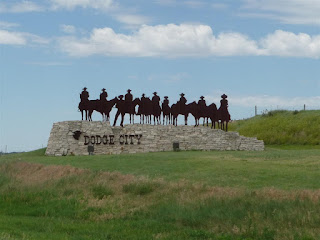 There was no marked area for trailers or RV's at the Boot Hill Museum, so we parked next door at Montana Mike's Steakhouse and walked over. We looked in the Boot Hill Gift Shop but decided not to pay the $11.00 each to visit the store fronts. Instead, we took pictures from outside and then went to check out the steam locomotive at the Visitor Center. 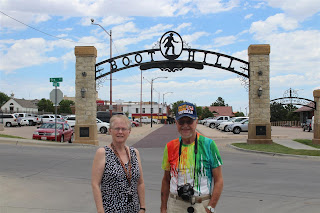 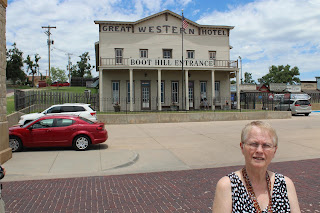 It was a nice looking building 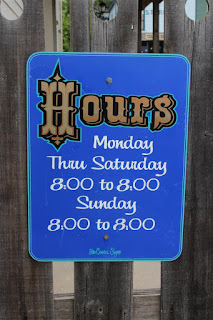 This struck me as odd 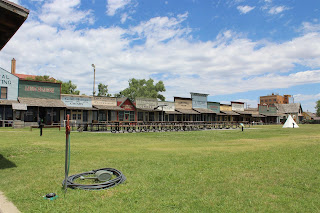 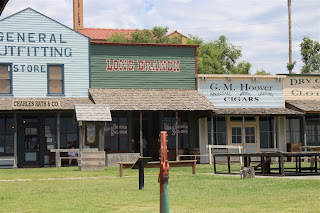 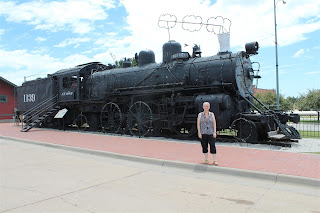 Nice engine wired up with lights 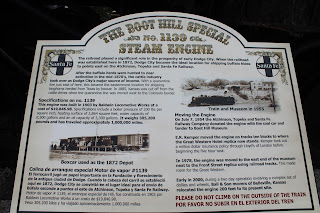 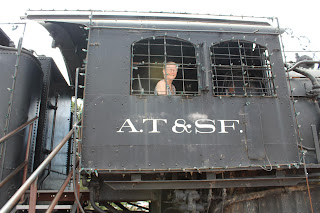 In the fireman's seat 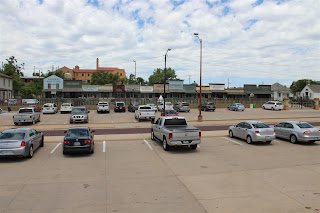 View from the cab 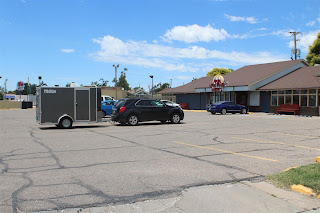 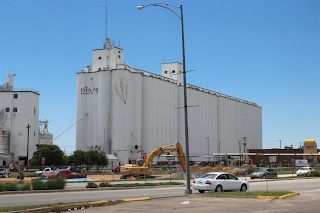 It was 86F under sunny skies as we left Dodge City. As we drove along US 56, the terrain became more arid with dry creek beds common and irrigators walking across the fields. Desert plants like yuccas dotted the land that was not under irrigation. We left Kansas for Oklahoma where the pavement immediately became rougher. We also climbed until we crossed into New Mexico and Mountain Time just before the little town of Clayton (which was just shy of one mile above sea level). 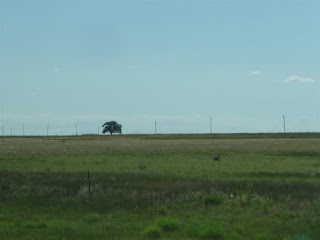 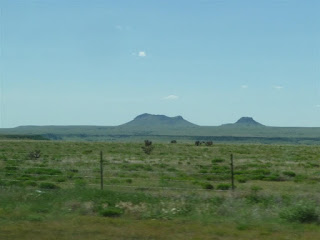 The winds, speed, temperature and altitude conspired to yield 20.4 miles per US gallon for the last 25 miles into Clayton. This was far and away the best mileage I have ever had towing this trailer with this vehicle. It was about 5:00 PM when we pulled into town.

There was a Super 8 and a Days Inn in Clayton. The Super 8 was far better priced and, even though it was a very small building, it was comfortable. We walked across the street to the Subway where I introduced Sherm to the chopped salad. More of these would be better for me. 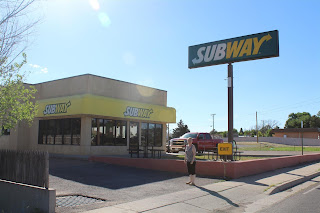 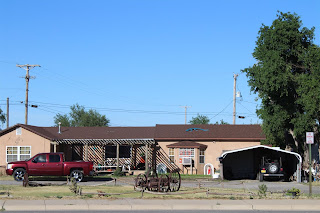 I looked twice - the lizard on the roof is not real 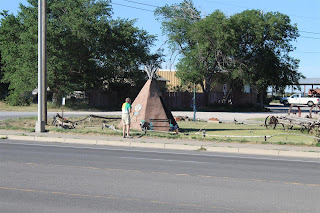 Sherm checking out a teepee 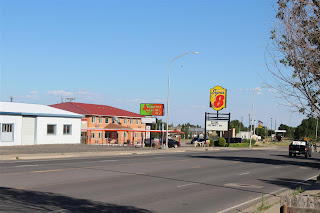 The WiFi, which had been slow but adequate before we left for supper, crashed when we got back. I wasn't sure if the recent arrivals had decided to stream movies or what. I was about to give up when it went off-line. I think they rebooted because it came back up quick enough for me to get my photos for the day uploaded. Then I transcribed my notes, but I was tired again and didn't get any stories told. The finished blog entries were now three days behind which bothered me because the further the posts get behind, the harder it is to catch up. I'll try to get back on track soon. 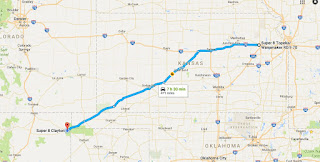 Just a comment about the pic titled "Oklahoma Forest"... not a fair representation of our great state. We actually have natural forests in some parts of the state. Just defending our Oklahoma Honor :-)