June 21st, the day I think of as the first day of summer. It turned out that the solstice was actually 9:24 PM Mountain Time last night. Regardless, summer was officially here.

The hotel had biscuits and gravy on the breakfast menu. Not bad for a Super 8. I had some and was pretty sure it would stick to my ribs. We loaded the car and noted that the Quebecois were still working on the Vulcan clutch. We silently wished them luck as we pulled out onto the street and headed for I-25.

It was 8:40 as we threaded our way through Albuquerque rush hour traffic. Bugs Bunny, a left turn and Pismo Beach came to mind, especially since we expected to be in the Pismo Beach area next week. After taking the exit to I-40, we headed west (into the ubiquitous headwind). 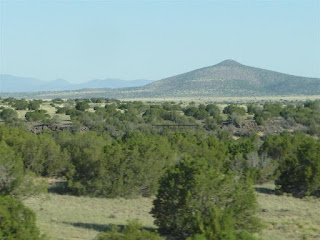 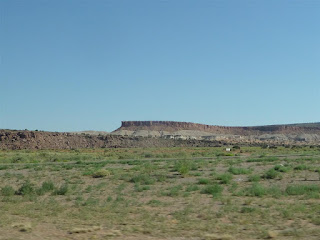 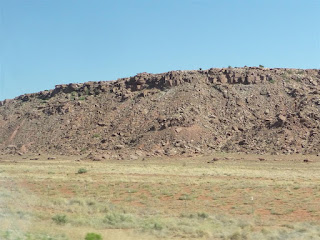 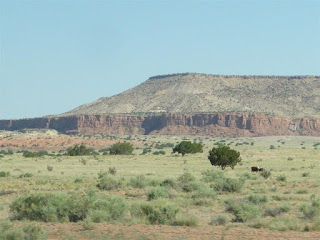 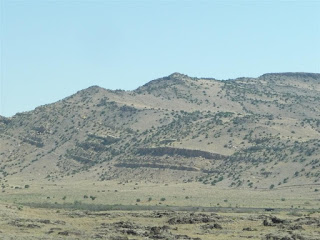 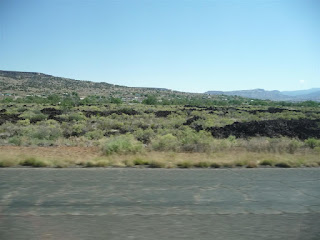 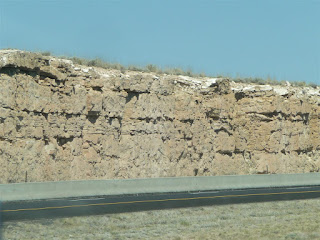 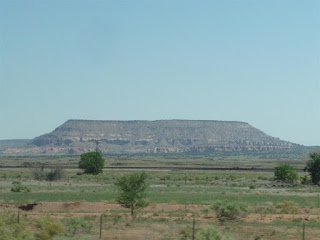 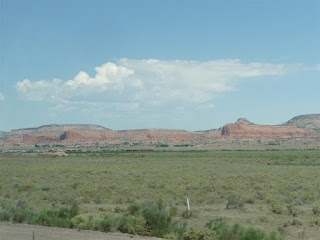 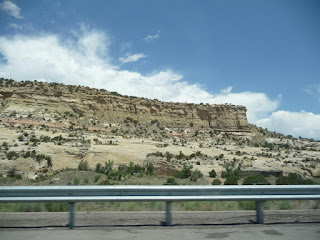 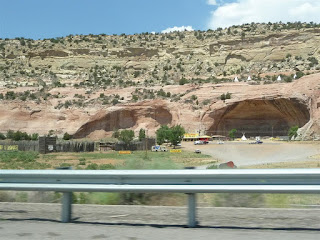 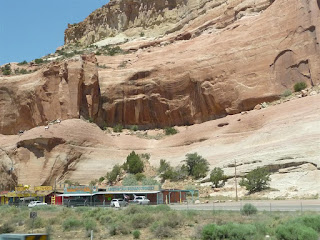 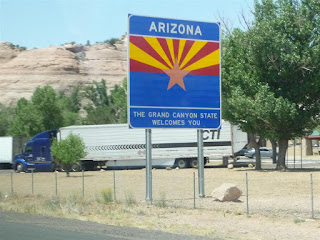 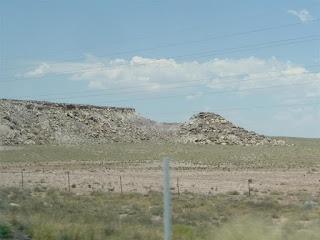 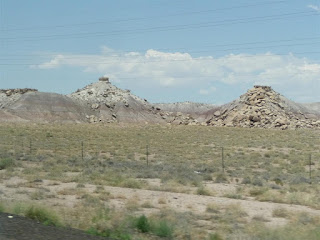 It was 100F as we pulled into the little Route 66 town of Holbrook, Arizona. Our friends Jack and Barb lived here and just returned from a trip to Europe. Barb, a retired school teacher, had been converting Jack into a world traveler. They sold their house and were now living in a very nice place they had remodeled at the Jack's Body Shop location. Long time readers may remember Jack was the kind soul who buffed the scratches out of my 7 1/2 x 14 trailer a few years back. 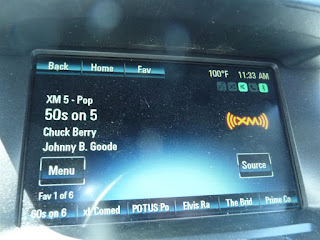 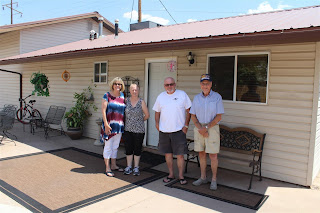 I booked a room for the night at the Day's Inn in town because the Super 8 reviews were critical of the WiFi. It was an expensive place so I used my last Wyndham Rewards Go Fast to get a significant discount.

Jack and Barb suggested lunch at Romo's Restaurant, owned by Phyllis. She has ridden with us a few Arizona places in past years. We had a nice meal and caught up on things since Sandy and I had not seen Jack and Barb in a few years. A bonus was a message I got from Duck, an Illinois VROCer I first met many tears ago at Boscobel. He, his wife and grandson were returning to Illinois from their winter home in Arizona and stopped in the say hello. Their grandson Jake was slated to enter the US Army on July 24th. 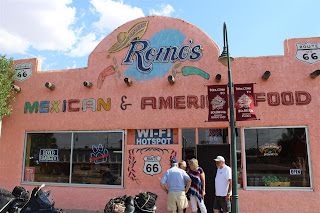 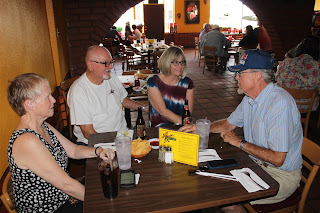 Almost too involved to order 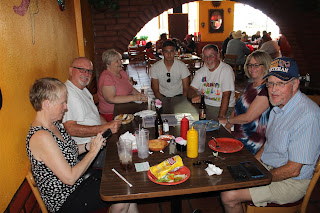 The Duck clan joined us 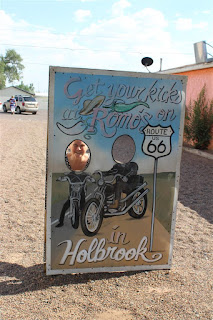 Thanks to Jack and Barb for treating us to lunch. They are two of the finest folks it has been our pleasure to have met through our VROC travels.

The Days Inn was a very nice place. Sherm and Lanny also stayed here on their way to Taos last year, so I felt like we were duplicating their trip in reverse. It was probably the best room we have had on this trip and the WiFi was blazingly fast. Unfortunately, the A/C did not work quite as well as it might have.

Tonight, I didn't get any more blogging done except for today's notes and photos. I will have to buckle down soon and get caught up. 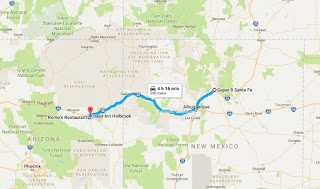