The alarm went off at 6:00 AM on this, the last day on the road of inaugural 2019 trip. Sandy was already up and packing things as I rolled out of bed.

Hampton Inns are nice. They cost about half again the price of a Super 8 in a given location, but they are VERY nice. After loading the car, we had the hotel breakfast. I had scrambled eggs and ham while Sandy had a smoothie. We were on the road by 7:00 AM with 600 miles head of us. It was 67 F under grey overcast with occasional light mist.

It probably wasn't the smartest thing having to face Monday morning traffic around Pittsburgh, but traffic flowed smoothly everywhere except for the exits. They were gridlocked.

North of Pittsburgh, we stopped at another Pilot. Once again, it did not have parking spots out front for trailers or RV's. Then we proceeded to Erie and headed east on I-90. The E-ZPass is a great thing on the toll roads, but the toll part of the NY Thruway was the roughest stretch of the whole trip.

We stopped at the Angola Service Center for a last fill up of relatively cheaper fuel ($0.58 per gallon more than Wytheville, Va, but a lot less than Ontario). We also got lunch at McDonald's before pushing on for the border. I-90 after the toll gates was a mess of construction but I am sure it will all be very nice some day. As it was, we had a lot of vehicles jammed into a few lanes hemmed in by concrete barriers. 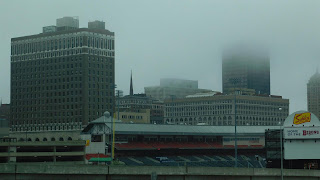 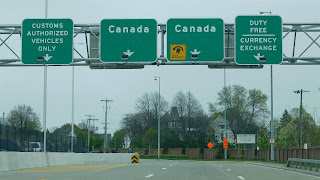 The pylons on the Peace Bridge were gone but it needed another layer or two of road surface. The nice new lane signs were operating, too. There was a line up for the NEXUS lane but some of the regular lanes had almost no one in them so, just like last time, we went there instead. A few perfunctory questions and we were welcomed home at 12:30 PM. 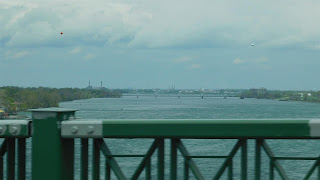 The river that divides Canada from the USA 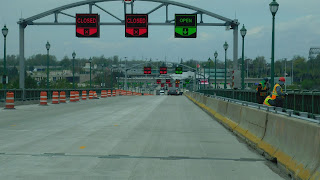 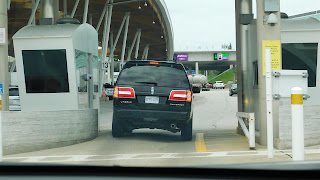 This was the total line up at customs

Once on the QEW, traffic was steady but less than I expected for Victoria Day around Niagara Falls. After getting to St. Catherines and turning west, the winds were against us big time. We observed a lot of new construction going on around Fifty Road. 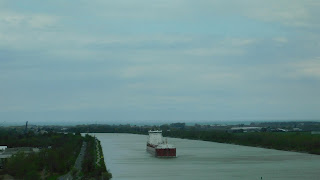 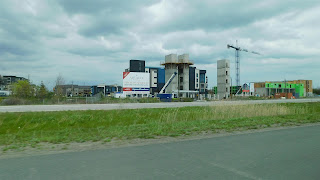 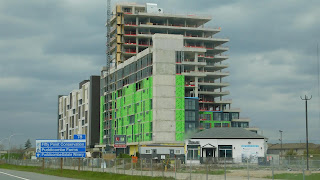 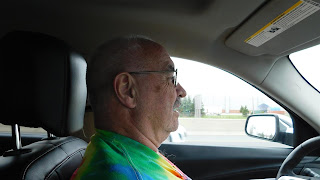 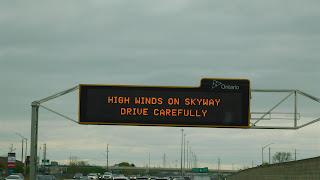 Not unusual on the Burlington Skyway 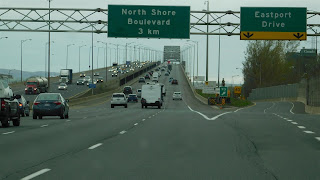 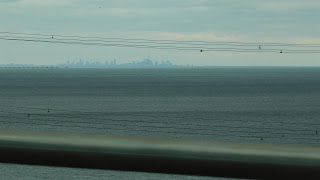 Toronto skyline from the Burlington Skyway

Over the Skyway, I considered the potential traffic around Toronto on this statutory holiday and opted to pay the big bucks to take the ETR 407. It zipped us right around to Highway 400 north of the city, where we stopped at the King On Route service centre for a bathroom break and more coffee. I even, in total disregard of my dietary limitations, had some oatmeal raisin cookies.

The 400 was good until King Road. Then the southbound traffic started to back up as all the folks who went to Cottage Country for the long weekend tried to beat the rush back to the City. It was a sad tale that gets repeated every weekend and double on holidays. The southbound jam didn't end until north of Barrie and, even then, cars were charging headlong into the mess. On days like this, it was great to be a northerner!! 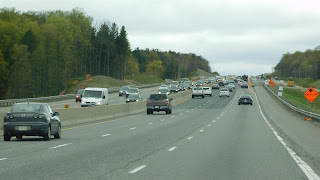 Highway 400 before the jam 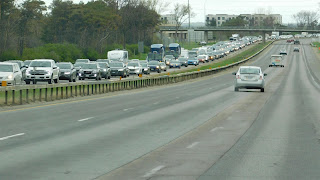 All the way to Barrie 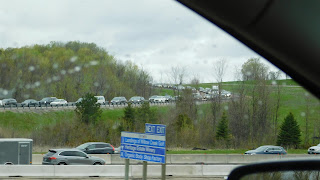 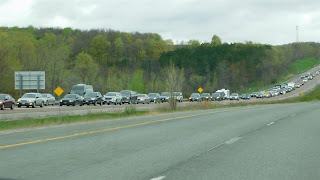 Highway 400 north of the Highway 11 split

Our northbound side had little traffic. It was 47 F and Mount St. Louis still had a few patches of snow on it. The Bonaire Golf and Country Club at Coldwater, a favourite for Sudburians early in the season, looked neglected and overgrown but all the web sources I could find indicated that it was business as usual. It was chilly when we stopped for fuel at the PetroCan (I had a gift card) at Horseshoe Lake Road. 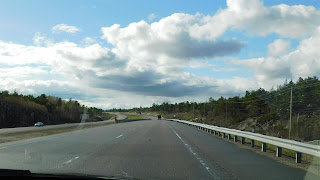 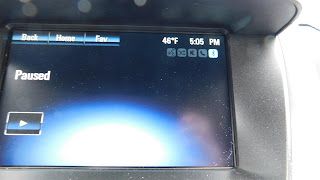 Cool for this time of year

The skies got bluer and the temperature got all the way up to 52 F as we approached Sudbury. We pulled into the driveway at 6:50 PM, having been on the road ten minutes short of twelve hours. The bike was unloaded, trailer parked and all the bags brought in within a half hour. The way I was feeling, it was a good thing that we came straight home.

My Jeff Shaara audiobook about the Battle of Shiloh was in the epilogue when we got home. The succession of errors on both sides was news to me. The next book in this series was about Vicksburg.

Thus endeth the first trip of the 2019 season. 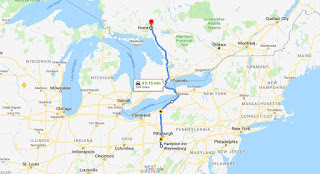 I enjoyed your write up about your first trip of 2019. I am looking forward to more tales.