Early in the week, it felt like time was passing so slowly. Now, at departure time, the week seemed to have flown. This was typical, something we were familiar with considering this was our 130th VROC gathering since 1999. It was a sad day but we were booked again for next year and winter couldn't last more than seven months.

We said final goodbyes to the other folks as they headed out. As this was happening, I loaded the luggage in the Equinox, hooked up the trailer and loaded the bike. We headed out on US 62 East with only a vague idea where we were going. The only thing we knew was that we would be in Bethel, Maine on Friday.

There was no traffic at all on 62 to Berryville, where we stopped at McDonald's and noticed that inconsiderate car and pickup drivers seemed to like parking in the spot designated for buses. 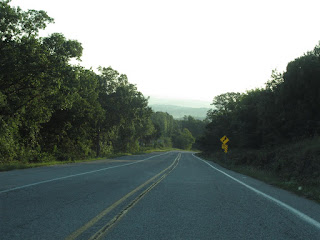 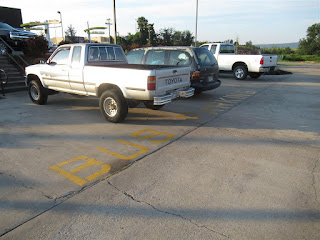 We followed US 62 to Harrison where we turned south on US 65. This took us to I-40 East in Conway, Arkansas, which took us towards Memphis as the temperatures hovered in the high 90's. 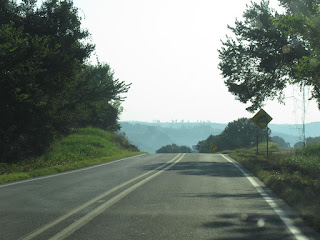 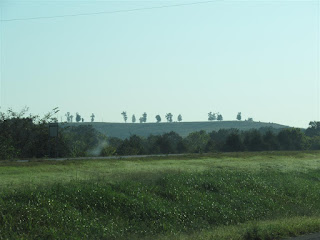 Interesting trees on the ridge 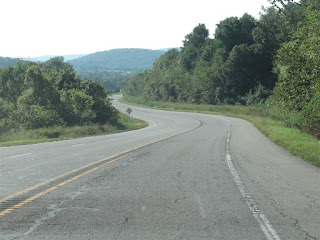 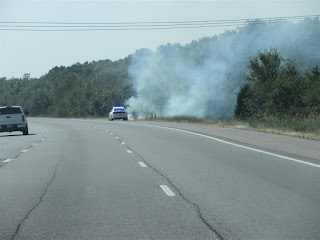 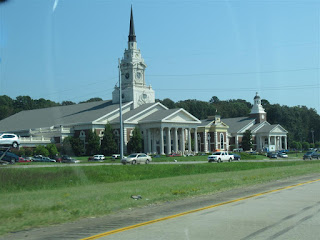 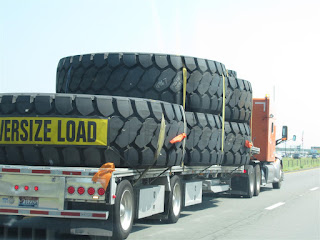 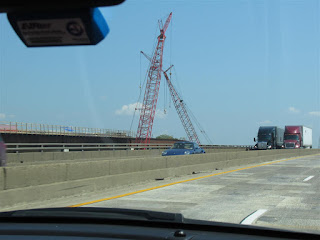 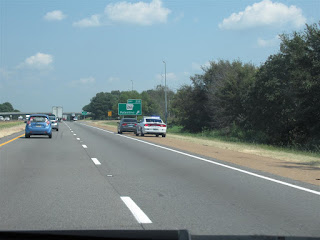 The Highway Patrol was busy 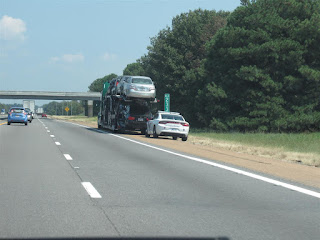 As we approached the bridge over the Mississippi River across the state line and into Memphis, Tennessee, the traffic funneled from three lanes to one. I positioned us in the left lane since the big rig ahead of us was blocking two lanes in a rolling road block. Just as we did that, an Indian/sidecar outfit with a familiar paint job roared by us on the right. Nash lived in Memphis and was almost home. He told me later that he couldn't let the air cooled engine sit stopped in traffic in that heat. 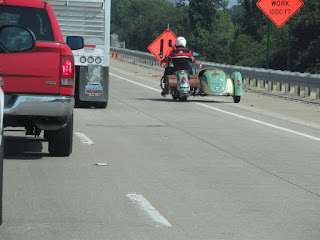 We know that guy 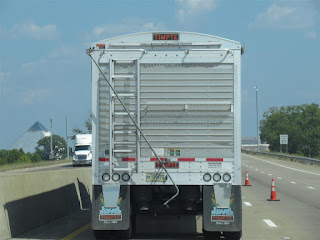 No trucks but free trailer parking 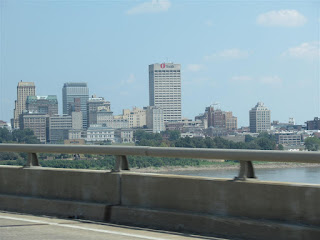 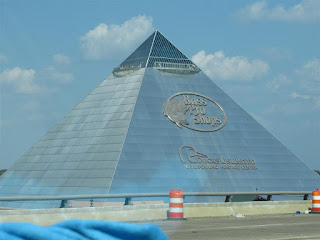 We've been up inside that

We stopped in Memphis last year, so we continued on I-40 this time around. I almost caught Nash before he turned off. I had looked at a fuel stop in West Memphis and decided we could make it to Jackson, Tennessee tonight and booked a room at the La Quinta Inn there. 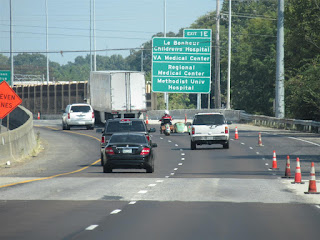 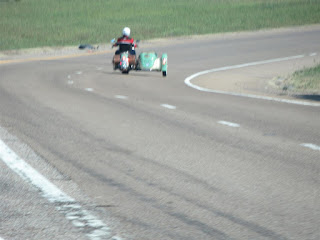 Damn, there he goes 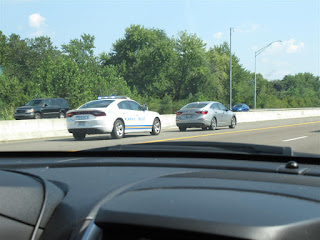 Tennessee State Police were busy, too 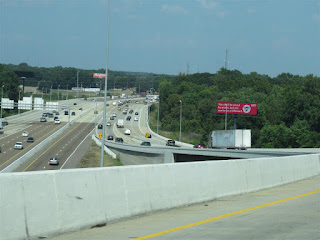 Still on I-40 leaving Memphis 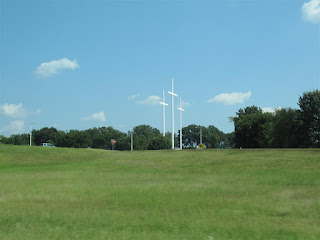 Sections of I-40 were pretty rough but they were also doing a lot of work in many spots. This included most of the Interstate through Jackson, Tennessee. It was 98 F when we arrived at the hotel at 4:00 PM. The Cracker Barrel was just a short drive, so we went there for supper. I hadn't been following my low carb diet which was obvious from my blood sugar readings, so I had a chef salad while Sandy had shrimp and hushpuppies with three sides. 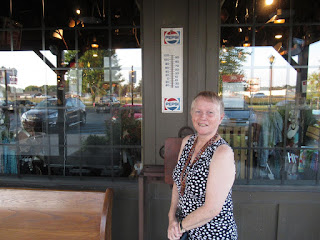 Back at the hotel, we considered our options on the route to Maine. Two years ago, we stopped in York, Pennsylvania on the way back from the Outer Banks to visit some of my cousins for the first time in many years. That was on our way to New England, so we decided York would be our intermediate destination and I sent some messages. 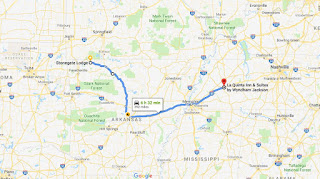