We left the room at 6:45 AM. They had a bit of hot breakfast (scrambled eggs, bacon, biscuits and gravy), so we ate before leaving. I forced myself to skip the biscuits and gravy in an attempt to pay attention to my dietary limitations.

By 7:15, we were on the road. The gas station next to the hotel was too busy, so we moved on a ways before stopping at a Speedway. This stretch is both I-81 North and I-77 South, a slightly confusing situation. 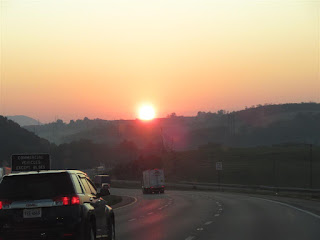 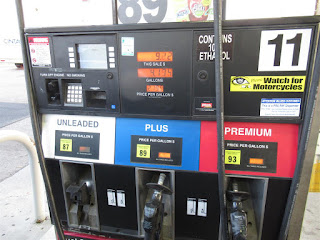 Note the yellow sticker on the pump 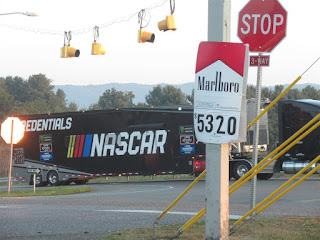 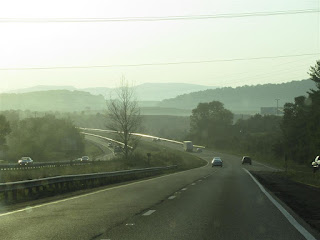 We stopped at a rest area that had so many big trucks in it that we almost could not get parked. 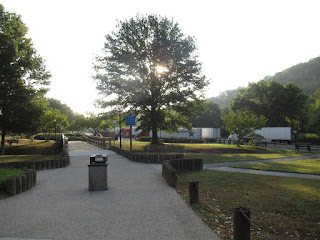 Too many big rigs 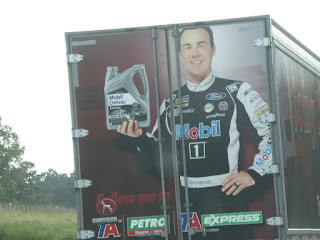 We both cheer for Happy 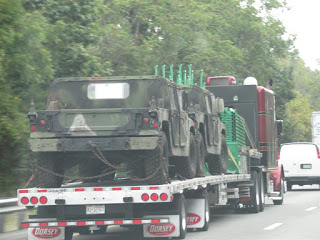 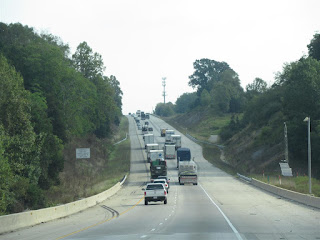 Heavy truck traffic on I-81

An electronic sign said there was a crash at mile marker 144. As soon as I saw traffic stopped before Roanoke, I exited. We followed US 11 through traffic lights and intersections to an exit north of the supposed wreck and got back on a moving I-81. 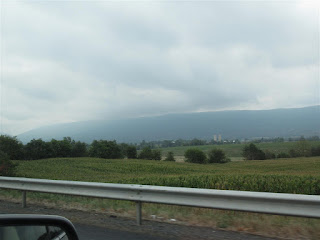 Rain on the Blue Ridge 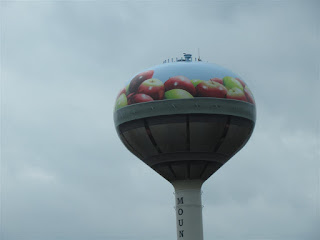 In Woodstock, Virginia we had lunch at a McDonald's. We actually went inside and sat down. I didn't fuel because prices here were $2.45 a gallon, while I was able to fill up at a Pilot down the road for $2.19. 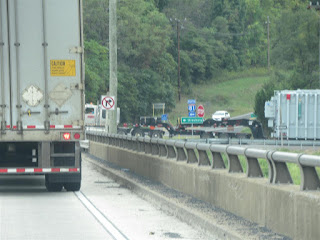 Long long trailer making a left to go to the Pilot 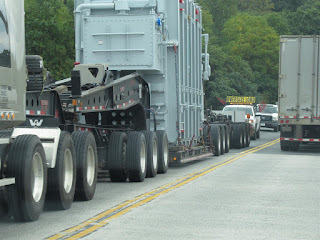 I think the rear wheels were steerable 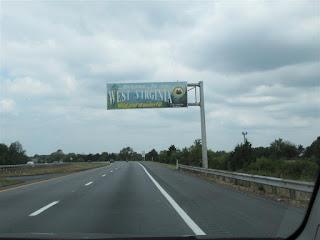 
The Maryland sign got missed in a construction zone 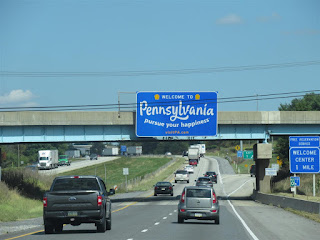 And, finally, the Keystone State

I had a choice of running I-81 up to Harrisburg and taking I-83 back down to York or going across US 30 (shorter but supposedly the same elapsed time). I took 30 and, once again, had it driven home that Garmin knows nothing about traffic. But we did get to see some things including a bit of the Civil War battlefield. We need to come back and visit that in detail some day soon. 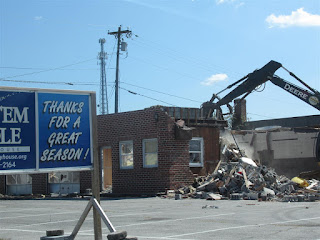 How great a season could it have been? 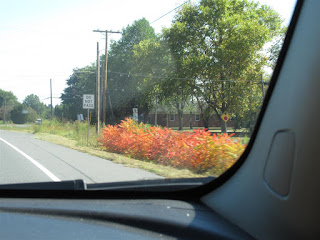 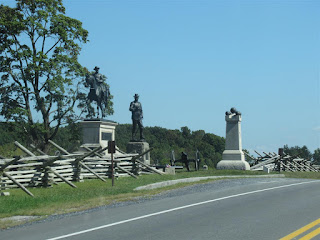 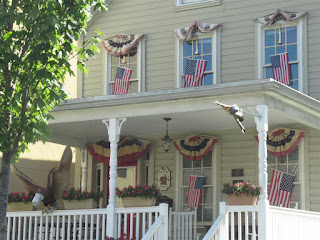 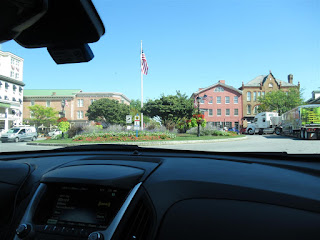 The old buildings have stood up well 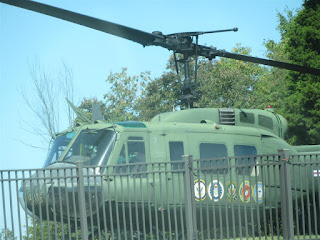 Not sure if the chopper was Union or Confederate... 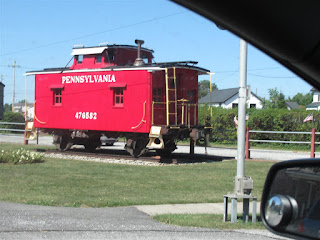 Railway stuff to check out on our next trip 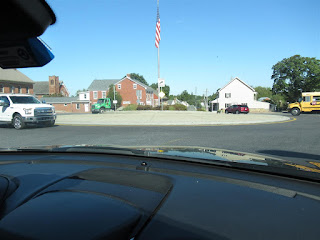 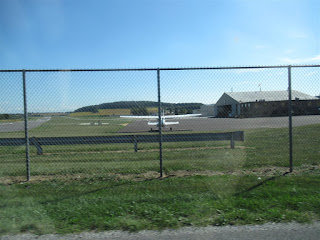 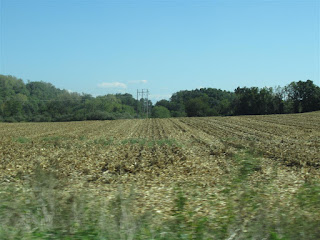 The end of the growing season

We got to the hotel and brought the overnight luggage in to the room. Then I unhooked the trailer and we went just down the road to Olive Garden and met Cousins Nancy and Stef. Cousin Cathy was working late. Cousin Tracey and husband John were working afternoon shift so we would see the two of them for breakfast tomorrow morning. 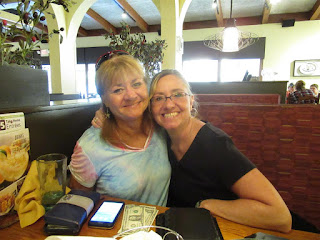 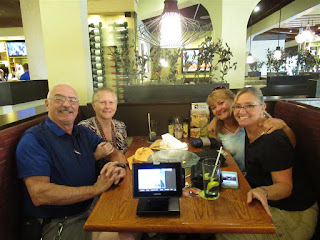 We saw most of the cousins two years ago on our way back from OBX. It was good to see these two again, keeping my promise to myself to visit more often. Maybe we can give them more warning next year on our next visit to the Outer Banks.

After supper, Sandy and I returned to our room, where I knocked off a few more days of overdue blog posts. 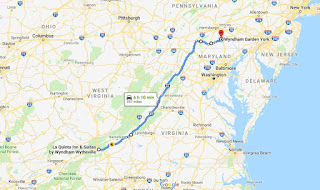 Gettysburg...I was talking with Bob yesterday about going there again but seeing the battlefield via bicycle.