It was a good day to got to Lambert's Cafe (home of the throwed rolls) up in Ozark, Missouri. I planned a winding route that included three special sections of twisty road. This route would take 152 miles to get there and leave at 7:00 AM. The direct route, for those in cars or on bikes but unable to get up that early, was 65 miles and would leave at 9:00. The rendezvous time was 11:00.

Lanny was ready to go at 7:00 AM. Wonder of wonders, so were Mal and Yvette (not normally known as early risers). 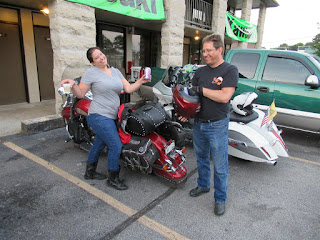 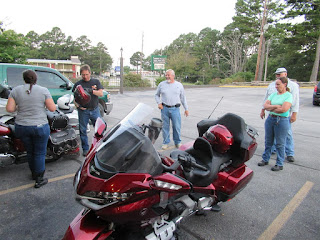 Liz and Jim would ride up later

I led on Arkansas 23 out of Eureka Springs into Missouri. Lanny and Mal legged it out on the first fun stretch, Missouri 86 from County F to US 76, while I kept Yvette in my rear view mirrors. Then we rode east on 76. The second sporty stretch was US 76 from Missouri 39 to Cape Fair. Same deal.

No one should get the idea that the sections between these key stretches were straight, dull or boring. It was all excellent motorcycle road. We skirted north of Branson on US 160 reversing yesterday's route and stopped for fuel and a short break in Forsyth. 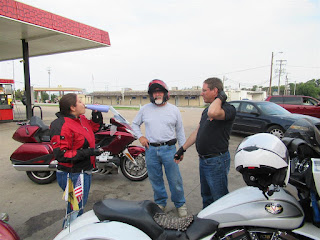 Then it was on to Lanny's Road from yesterday, Missouri 125 from Rueter to Bradleyville, with Joe and Lanny out ahead. At the end, we diverged from yesterday's track and continued north on 125 and a few other roads to Lambert's Cafe. 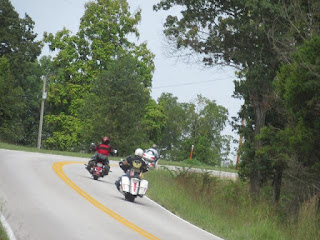 We arrived at Lambert's Cafe at 10:57, just ahead of the 11:00 AM rendezvous time. Sherm and Sandy arrived by car a few minutes ahead of us. Magellan and Duck were also there on motorcycles. Unlike when we were here last year, the place was not packed with Red Hat Ladies and their consorts. We were seated right away and the rolls were flying a few minutes later.

I had a country ham steak with coleslaw, mashed potatoes and gravy. Country ham is not something I ever find in Canada. It has been salted and hung and is a tasty but tough and salty meal. It was very good. Sandy once again opted for just a blackberry cobbler with ice cream. 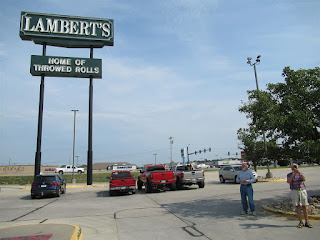 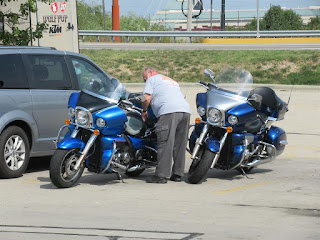 Magellan and the Voyagers 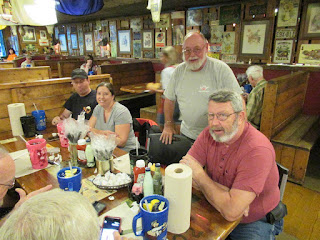 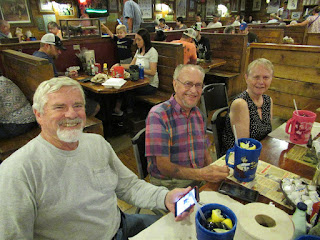 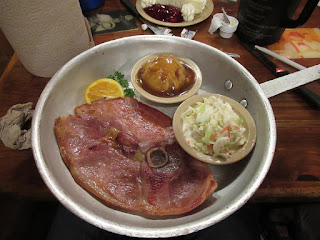 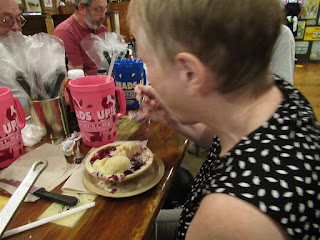 After lunch, we rode straight down US 65 in 90+ degree heat. On Missouri 86 near Blue Eye we checked out the Jim Bakker facility, where he broadcasts from an hour every day. After the criminal and fraud charges and prison time related to his PTL Ministry decades ago, I didn't know he was still alive much less still broadcasting an evangelical program. As the Pat Green song says "If I was the devil. I'd hang out in blue eye, Missouri". 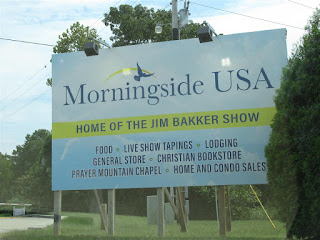 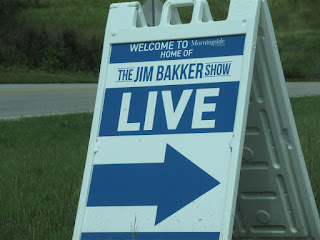 We stopped in Blue Eye at the state line for photos and to wait for Lanny, who was exploring the Bakker compound in more depth. Then it was back to Stonegate by 2:55, where even more people had arrived. 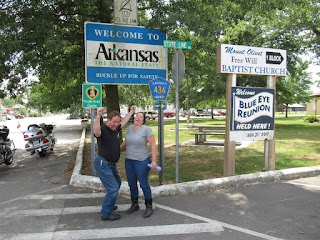 We didn't bother with supper. Instead, we just visited with folks and I took a few moments to hook the new Chromecast unit up to the motel TV set. 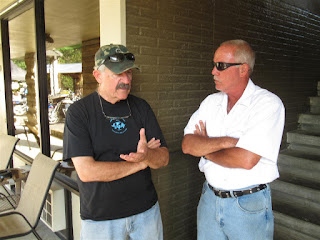 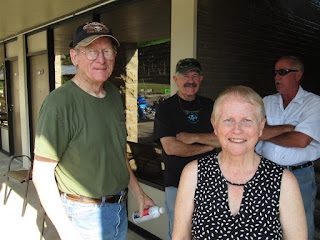 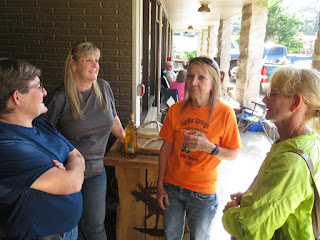 The Texas girls and Teresa 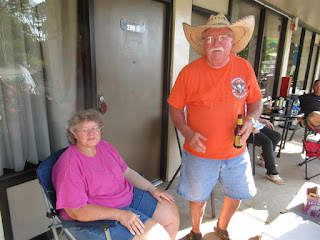 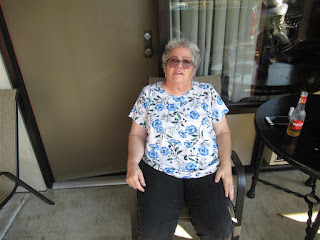 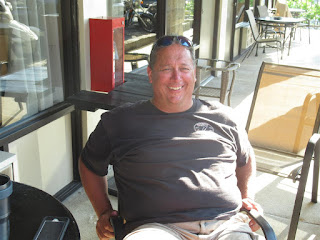 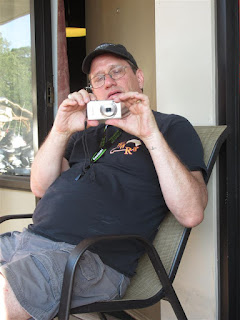 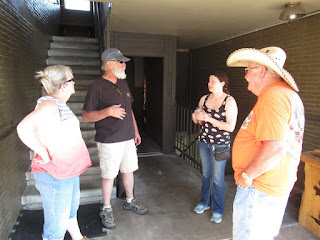 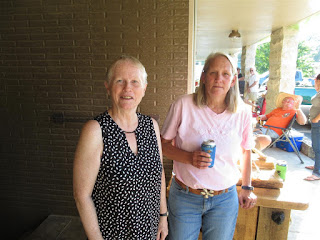 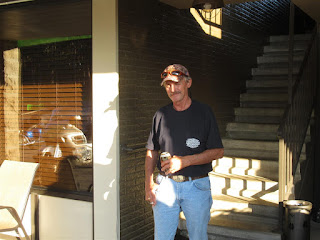 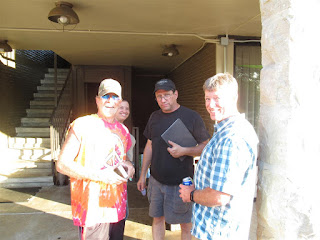 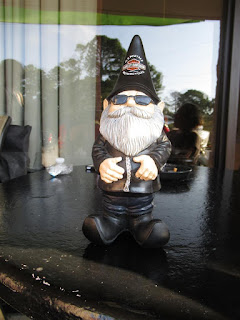 This reminded us of Normie 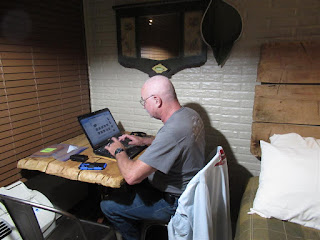 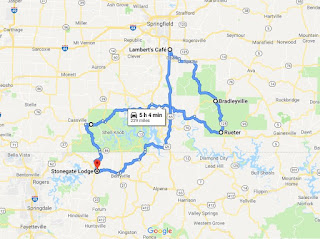