The VROC Eureka Springs Reunion started in 2001 after the successful VROC 2000 Rally in Durango. We have attended most years. The venue has moved around but we have been at the Stonegate Lodge for the last few years. The festivities actually begin on Tuesday so this was Rally Day Minus 1. Tomorrow would be Rally Day Zero. 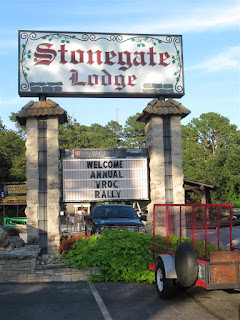 Organizers Laura and Bill were already here. They had waited on us for supper so, after we unloaded and unpacked, we drove up to The Horseshoe Grill (which used to be a catfish place). The service was good, as was the food. 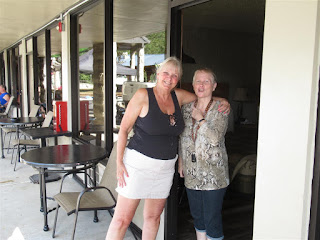 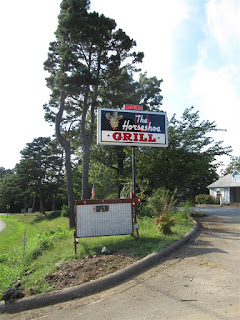 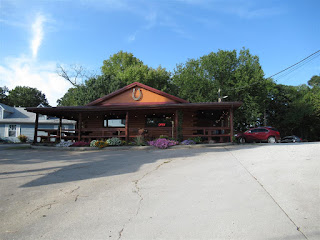 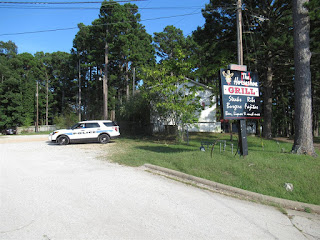 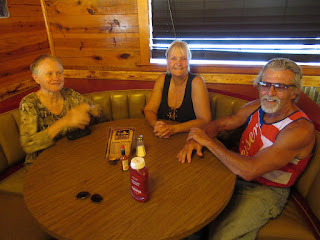 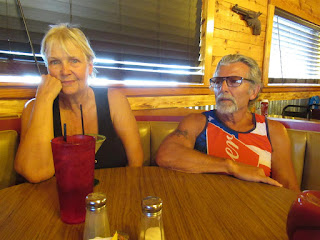 The calm before the storm

Back at the lodge, Lanny popped up. He was on a continent wide trek exploring roads, places and people on his 1833 GoldWing before heading home to Arizona. Hancock's journey had led him here from Nebraska by way of Colorado. A bit later, Brandon, Sheila and Shawna arrived from Kansas along with Cleve and Bridget from Missouri. Bubbles also came in from Mountain View, Arkansas on her trike. Today was very hot and humid day for riding so everyone was looking a bit bedraggled. 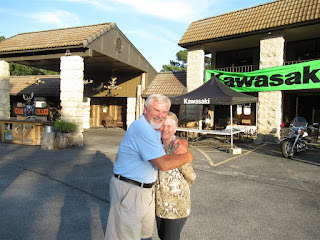 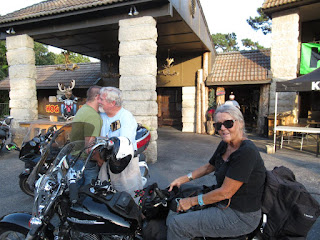 We were supposed to have a screening of the movie RED this evening but they could not get the projector sound to the speaker system. 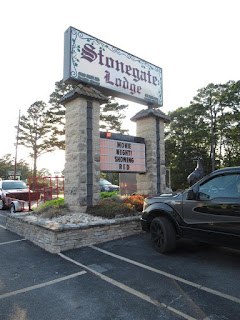 No movie for us tonight

Instead, we sat around in the parking lot catching up. Sherm texted to say he was in Laramie, Wyoming and expected to arrive tomorrow evening. Lanny and I talked about an early ride in the morning to beat the heat. He had found 16 miles of twists in Missouri that he said was about the best road he had ever ridden. We agreed to leave at 7:00 AM.
Posted by Jim "Skid" Robinson on 9/08/2019