I didn't get up until 7:45 this morning and had coffee as I checked out who was up in the campground. Then some of us headed back over to Tootie's Diner for breakfast. I had biscuits and sausage gravy with a ham steak. Again, very tasty. 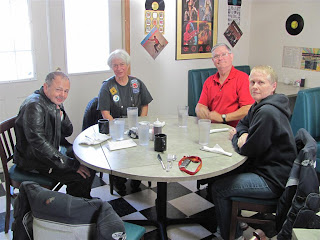 Back at camp, we hung out for a while before getting some people motivated to go for the traditional ride around the Leelanau Peninsula. I drew the short straw and was designated leader, so I started plotting the route. 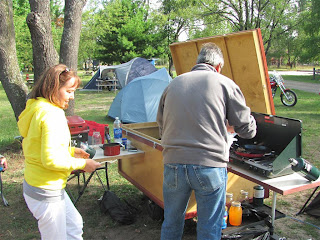 John cooks for Jamie on his new home built trailer

We set out at 11:00 AM. Marlene climbed on behind Leo since her 500 Vulcan was also leaking fork oil. I led down  Long Lake Road to Silver Lake Road and into the city. As we got to M72, John and Chuckster caught up to us but they turned east while we went the other way. The ride up M22 along the west side of the peninsula was pleasant. 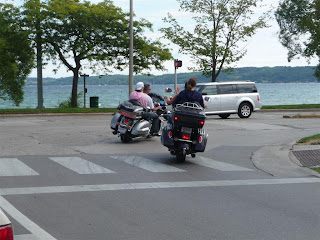 Chuckster and John turn the other way 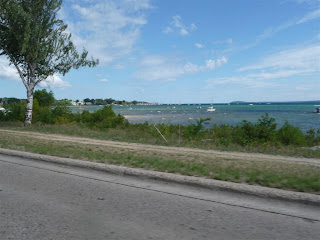 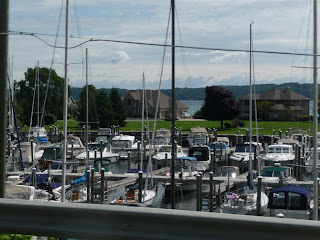 In Northport, I led the group to the park on the waterfront. It had shade and restrooms. We noted a few local dogs who had just been on the local dog parade. I also spoke to a rider on a 1979 GL1000, the last year for the original GoldWing. 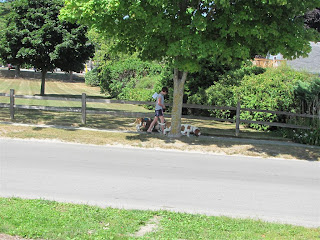 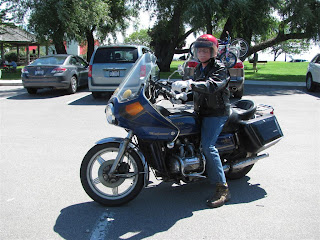 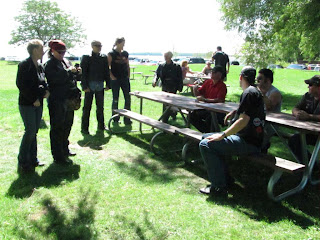 Our group at Northport Michigan 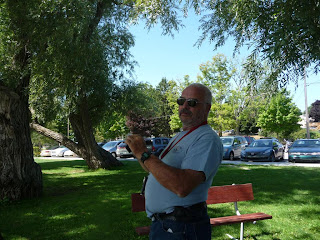 Forgoing the visit to the lighthouse at the tip of the peninsula, I led the group back to M22 and we rode through the long series of 30 MPH curves with no one ahead of us most of the way. We passed some fair at a couple of adjacent farms and went through Leland where banners advertised some sort of arts festival this weekend. With the beaches, wineries and general ambiance, this is certainly a popular place with the tourists. 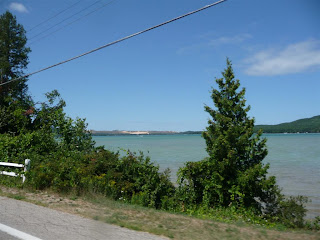 Sleeping Bear Dunes from a distance 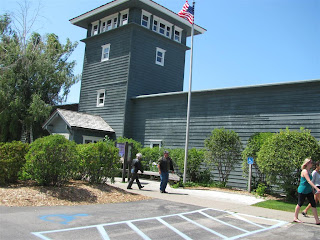 From Empire, we continued south on M22 to Platte Road. Scotty had noted on the relief map at the Visitor Center that there was a road we hadn't taken before. Warren Road went over a ridge between Platte Road and Crystal Lake Road. It was patchy but passable and now we have done it.

Crystal Lake Road brought us out on US 31 in Beulah, right in front of the Cherry Hut. There were two empty parking spaces out front, just enough to get our six motorcycles in. They seated us and took our orders for all things cherry. I had a cherry burger while most had cherry pie a la mode or a cherry brownie.

Cherry worship complete, we rode back to Cycle-Moore on US 31 where we hung out and passed the time visiting. Later in the afternoon, I put the question out as to whether we were going out for supper or were going to load the bikes in the trailer. Going out first was the favoured choice.

Along with Scotty and Marlene, we returned to Hofbrau. Although I was set for more of the excellent clam chowder, it was not to be. That was the Friday soup. Today was something that ended in "jalapeno" so I decided to pass. Sandy and I split a personal Hawaiian pizza which, in addition to ham and pineapple, had  pepperoni and bacon on it. It was also large for a personal pizza and we packed half of it for later. Another strawberry shortcake was ordered and shared, as was a six layer cappuccino cake.

The only drawback tonight was the server. She was pleasant and friendly but was slow. As she socialized at another table, someone else had to bring our orders out. It took an inordinately long time to bring the desserts and even longer to get and settle the bills. Her tip was substantially below what I would usually leave. 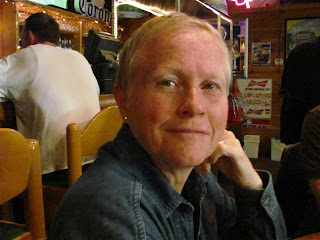 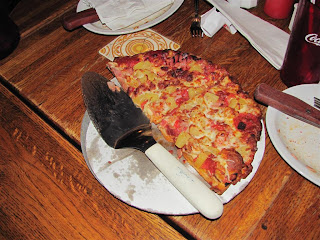 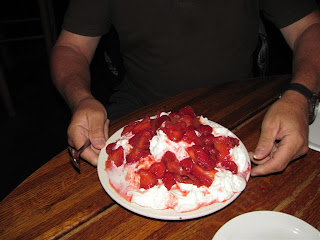 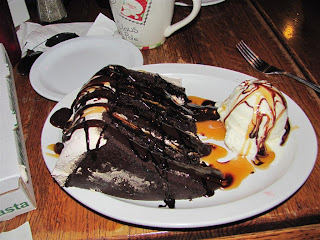 Returning to camp, Leo and I loaded the bikes in the trailer. I don't have a system yet so it wasn't as smooth as it will be some day, and the peanut gallery had many comments to throw in. I tied mine down  looser than before due to the fork seal. Then we stowed the gear and joined the crowd at the campfire. 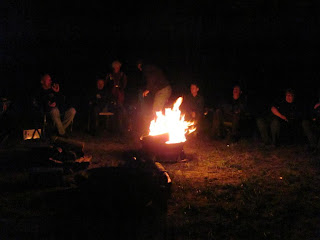 Relaxing around the fire

With tomorrow being a travel day, we all turned in relatively early.