Departure day had arrived and I still had a lot to do. I was up at 6:00 AM, working on closing off the regular and rally books for the Freedom Riders. I normally have the preliminary rally statements done the day after it is over but I was a tad burned out and the Interlochen trip got in the way. Almost everything got done this morning except for one complicated series of transactions that I packed up in my luggage. I will be able to finish them in some motel room and have all the statements done and sent out before the meeting on September 9th (from which I will be absent).

I had the truck over to Kal Tire at 8:00 AM to have the wheel nuts torqued. I put almost 100 miles on it after the tire change and they said 100 to 150 kms was ideal. They were quick and friendly. Then I fueled the truck at $1.365 per liter. Can't wait to get stateside where even horrendous gas prices look good compared to home.

Sandy had most of her stuff packed but I pretty well started from scratch when I got home. Luckily, packing is pretty much routine although there is a bit more volume due to the anticipated one month duration of the trip. After I got packed, there were still a couple of details that needed tending to.

I will be turning 60 on September 10th and will be eligible for early Canada Pension benefits. I had registered at the beginning of May but had not yet seen any confirmation that the application was accepted. I phoned the Services Canada number yesterday after not seeing anything in my account on their website. The recorded message said they were experiencing high call volumes and to call back later. Wow, never had that happen before. So I called again today and got through. The lady told me everything was complete and I could expect my first payment in October. The reason it hadn't been on the website was because they only completed it two days ago.  Wow again.

The last task before shutting the computer down was to go online and book the motel room for tonight in Grayling, Michigan. This is the qualifying stay that will enable me to get quadruple Wyndham points for the next four stays, provided they are before September 20th. That should be no problem.

The final task was to hook the trailer up and load the bike. I remembered to lower the antennas before riding the bike into the trailer so it all went without any problems. We pulled out of the driveway at 11:30 AM. I decided we should get Subway-to-go for lunch because the store in the Lowes had easy parking. While in the lot, a lady stopped to ask us about the trailer. She and her husband are looking for one to haul their BMW 1200 RT. I gave her my thoughts and suggested a smaller one than the monster we are hauling. As we were getting ready to leave, I realized our US cash was on the bookshelf at home so we had to stop back at the house on the way out. We  finally hit the bypass at 12:15 PM.

The west winds were very strong and the mileage was the worst I have seen so far on a highway trip. We got held up east of Nairn where they were beginning yet one more highway project and stopped at the Spanish River to check the bike. All was well.

The Avalanche is supposed to be a four speed transmission but their seems to be a gear between 3 and D. At 90 KPH, it turns about 1,600 RPM in Drive and 2,300 in 3rd. When in Drive and meeting some resistance, the RPM's will move up to 2,000 but will not give the kick that an automatic or manual downshift to 3rd shows. I'm not sure what is going on and have to ask some questions. In the heavy winds, I selected 3rd and kept the speed down to save fuel and keep the transmission cooler. When we turned north near the Bar River Flats, the tailwind (winds had changed and were now from the south) substantially improved the mileage for a little while. Unfortunately, most of the rest of the trip would be south.

We arrived in the Soo without incident and stopped at McDonald's for a pit stop. I got a coffee and Sandy ordered a peach smoothie. Then we headed for the International Bridge which was only backed up half way across. We worked our way through the truck lane and finally reached the booth where, after some questions about where we were going, we were allowed into the USA without even a look in the trailer. Once again I really like my new relationship with Homeland Security.

The Citgo in Soo, Michigan, which doesn't require prepayment, was next. Fuel price was a hefty $4.189. Then we got hamburgers to go at the adjacent Mickey D's where they screwed up the order. Sandy wanted a hamburger with no pickle while I ordered a double hamburger. She got a burger WITH pickle and I got a double cheeseburger without one. And it seemed like such a simple order.

The drive down I-75 was slow and steady with the wind tugging at us but, considering the strong gusting, the trailer towed quite well. We reached the Mackinac Bridge and found there were high wind warnings up. This is common but they were escorting larger vehicles (the trailer put us in this category), a sign that the winds really were a problem. We lined up and followed the escort at a slow pace. Perhaps because the gusts were predominantly from the south, we didn't have any problem. 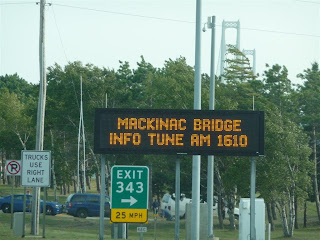 The info said there were high winds 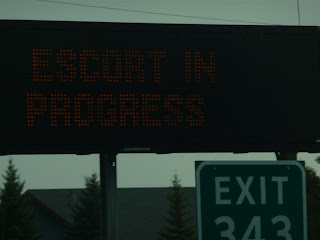 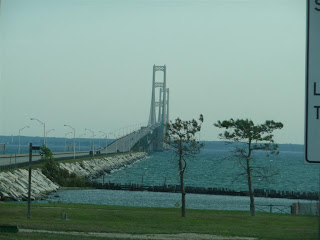 Nice view of the Big Mac 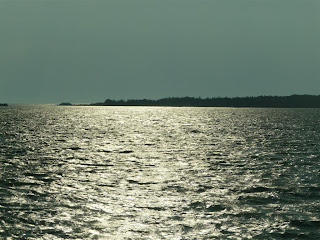 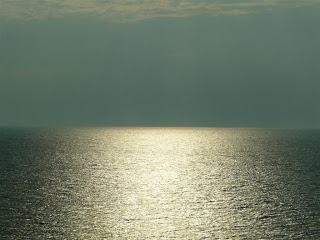 The Great Lakes are big 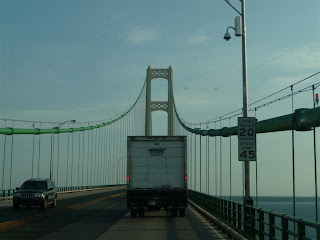 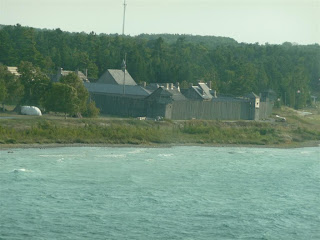 Fort Michilimackinac which we have never visited


Continuing down I-75, we were listening to one of the XM comedy channels when Jeanne Roberts started telling a tale about having some time to kill in Nanaimo, BC. The young lady at the tourism booth suggested that she and her spouse (both in their 60's) might like driving a little way south and going bungie jumping over the Nanaimo River. Roberts wasn't thrilled but thought they would go and look anyway. The story was hilarious and even mentioned Nude Bungie Jumping Day. The reason this hit close to home is that the one time I jumped was at this very facility.

We arrived in Grayling and drove straight to our usual Days Inn. The on line reservation was there and we got checked in straight away. Deciding that we didn't need more food, I started work on the blog while Sandy watched TV. We only have 120 miles to go tomorrow to Frankenmuth so I expect it will be a leisurely day. BTW, gas in Grayling was $4.09 this evening, better than in the Upper Peninsula.