Cruise complete, we drove on down the 1000 Islands Parkway to the thriving community of Gananoque (pronounced GannonOCKway). I had reserved a room at the Howard Johnson Inn, the most reasonable rate I could find in town. It wasn't a luxury place but was adequate. The only problem was that the GPS said it was on the left side of the road so I almost missed the driveway on the right. Not unusual.

After getting settled in the room, we headed downtown to the Iron Pig BBQ, advertised as featuring Memphis style BBQ. I have not had the opportunity to try Memphis style, having mostly experienced Carolina or Texas styles in our travels. The place looked pretty beat up just like many of the great places we have tried down in the US. They were out of back ribs so we ordered side ribs and a pound of brisket. The rib sauce on the side had a peculiar flavour that neither of us liked so we ate them dry (the way I usually prefer). The brisket came with a nice, tangy horseradish sauce on the side. It was good but there was way too much and we had the leftovers (sans rib sauce) packaged up to go. 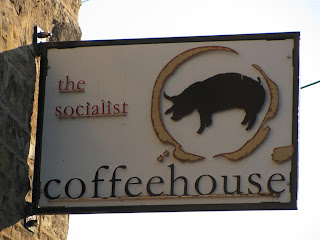 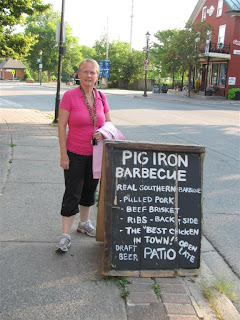 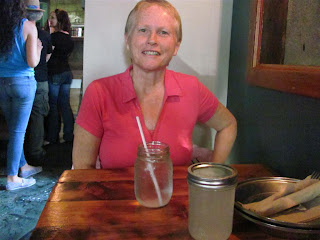 Lemonade in a mason jar 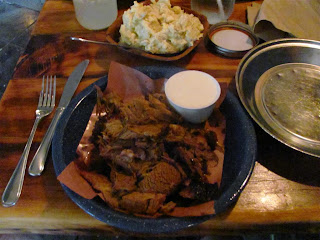 A very generous pound of brisket 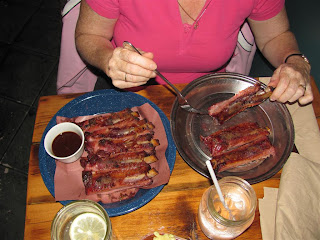 And a pound of side ribs 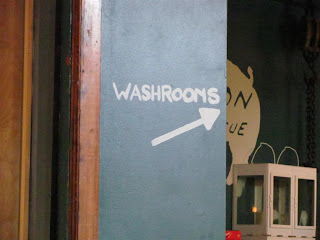 But it is obviously still in Canadia 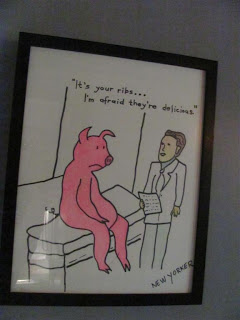 That sums it up

Leaving the BBQ spot, we walked across the street and checked out Centennial Park and the flea market in front of the town hall. This is a friendly little place and seems to have a lot going on. I wish Sudbury  downtown could figure out how to have a similar ambiance. 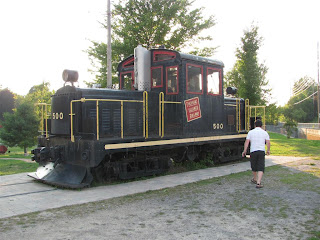 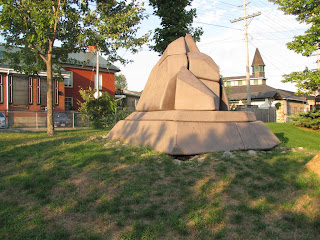 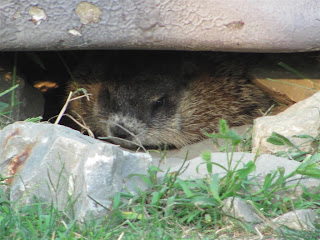 Hiding under the corner of the sculpture 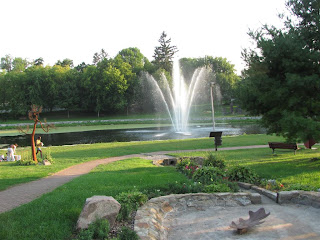 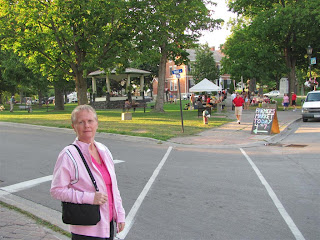 Park in front of town hall 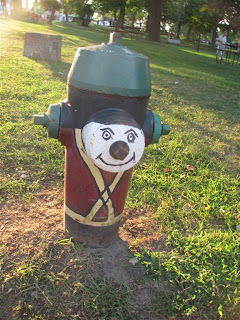 Even the fire hydrants have personality 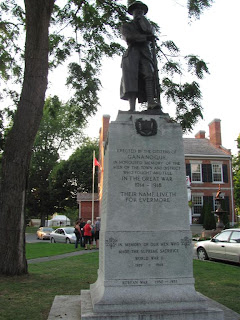 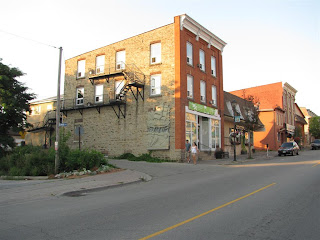 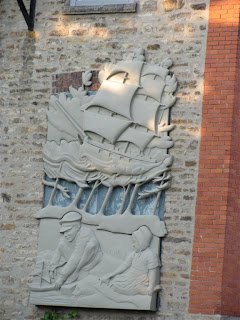 Our short walking tour done, we drove back to the motel and settled in. Sandy watched the large flat screen TV for a while as I sorted through the many pictures of the day and tried to get some blog work done before turning in for the night.