We left Butch and Teresa's about 9:00 AM. Many thanks for the hospitality and the pizza. I'm sure we'll be seeing you next May in Maggie Valley. 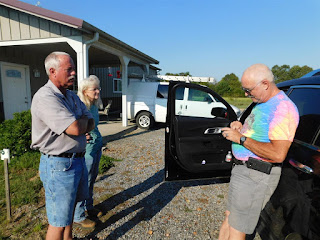 Butch, Teresa and yours truly 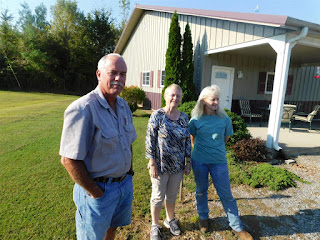 The first target today was to get to Cape Girardeau and pick up the GoldWing final drive. The GL1800 riders site has reported many failures of the final drive ring gear bearing at around 100,000 miles. My first one went at about 84,000 miles and was rebuilt under warranty. I now have over 163,000 miles on the clock so replacement is just good preventative maintenance, especially since people who convert the bike to a trike have no use for them. Used final drives go for about $125.00 US on EBay.

The McDonald's in Draffenville was probably the best decorated one we have seen. I would have taken a picture but my camera and phone were both in the car. We got on I-24, drove past Paducah and, around 10:00, we crossed the Ohio River into Illinois. About 10:45, we got hit by some severe rain which ended before we crossed into Missouri over the Mississippi River. 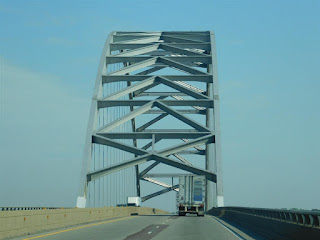 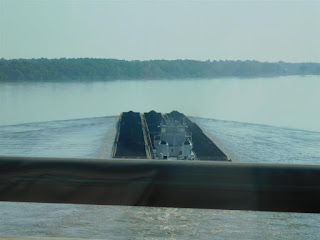 Coal barges on the Ohio 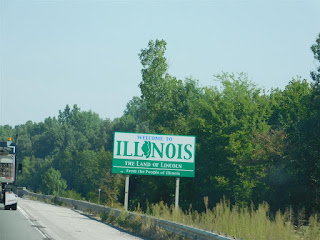 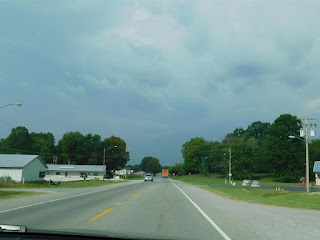 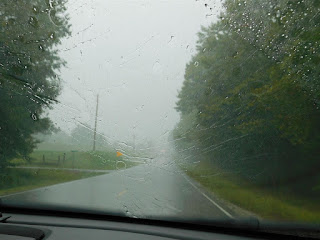 Our first rain in over a week 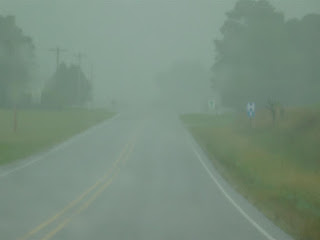 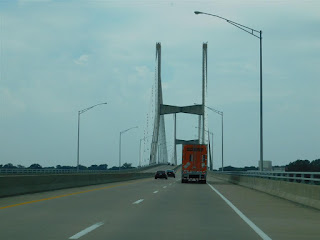 Crossing the Mississippi River into Missouri 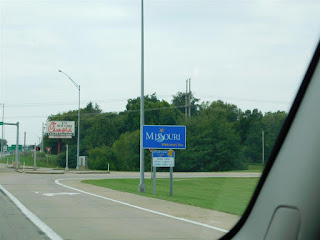 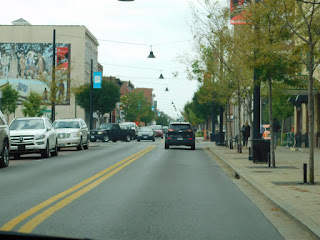 The GPS guided us to Dick McClard's house on a county road just north of Cape Girardeau. He had a shop where he creates works of art in stained glass under the Glass Art by MSM banner. He was also a member of GWRRA Missouri Chapter I and happened to have this new GL1800 final drive for sale. In fact, it was more than just a final drive. It included a swing arm and a rear brake rotor. This larger size required a rethink of where we would carry it but we made room in the back of the Equinox.

We headed back across Ole Miss into Illinois. Just south of here, the Ohio River flowed into the Mississippi adding a lot of volume as it meanders to the Gulf of Mexico. We retraced our steps part way and then turned north on US 51 towards DuQuoin. The GPS and many Internet sources spell the name Du Quoin but the signs at the outskirts of town omit the space and I always defer to local custom. 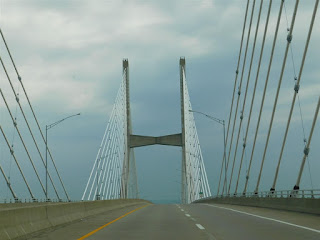 Back over the Mississippi 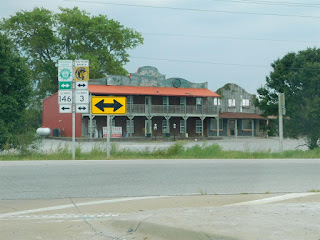 This place has seen better days 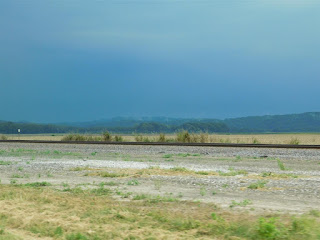 More storm in the offing 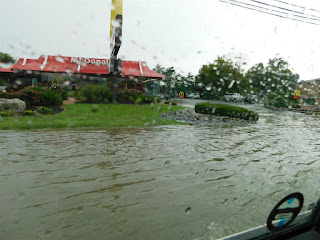 Could not stop at McDonald's in Anna Illinois 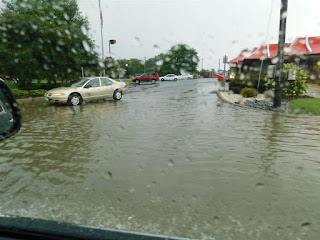 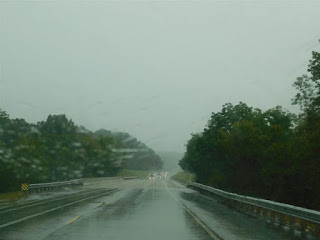 Glad we aren't on the bike 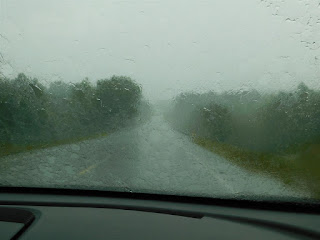 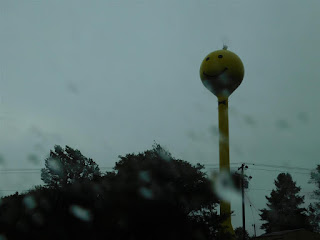 After passing through another heavy band of rain, we ended up eating at a Wendy's in Carbondale. The Anna McDonald's was flooded and the Carbondale McD on US 51 was being renovated. By the time we left the restaurant, the rain was gone and blue skies prevailed.

Arriving in DuQuoin about 2:15, we drove first to the fairgrounds and found Willie and Carlene. We also met some of the Ride In folks and watched one set up a 43 foot three axle fifth wheel toy hauler rig. This interested me because I can see us doing this in the future. Then we then hopped over to the Super 8 and checked in. I unloaded the bike, parked the trailer and got all the gear out of the car and into the room, since we would be here for four nights. It almost killed me because the temperature was 86 F but the humidity made it feel like 106.

Sweating profusely, Sandy and I had a shower and got cleaned up while the AC ran full bore. Then Willie called to tell us that the group was going to supper at a Chinese buffet across the street from the hotel. We met about thirty of them and had a good meal with great company. 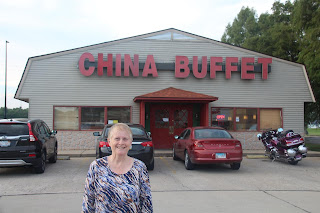 Back at the room, we watched the final results show for America's Got Talent. My two favourite acts finished one-two, so I was happy. Tomorrow, I will get all the blog entries caught up before we wander out to see what will be going on. 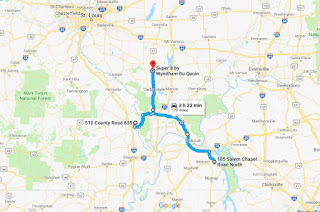