The alarm went off at 5:00 AM and we were on the road by 5:27 Central Time. We were going to lose one hour of travel time today due to the time zones. It was dark as we drove east on Illinois 14 towards Benton and I-57, so I did not need to worry about sunrise blinding me.

We stopped at the Mickey D's in Benton for coffee and breakfast sandwiches to go before turning north on I-57. Strong headwinds ate into the fuel mileage. 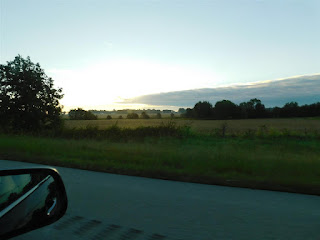 This was the day that yesterday should have been 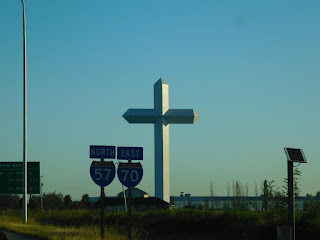 The Effingham cross from a different angle 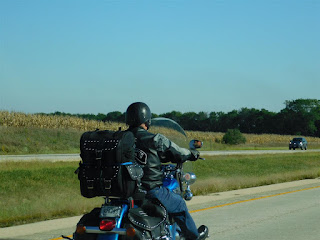 We stopped for fuel in Paxton, Illinois. This was the most expensive gas that we had seen on the whole trip. $2.999 per US gallon.

All morning, we were being passed by Corvettes with racy licence plates and grey haired folks in the seats. They were almost all doing the speed limit. No further comment.

South of Kankakee, Illinois we saw a sign that said "French Canadian Heritage Corridor". This was the first I had ever heard of this, although we were all aware of the French explorers in this region. I wondered if they would do anything about learning to pronounce French Canadian names?

As we got to northern Illinois and turned east on I-80, I realized that (like Toronto) the speed limit signs were merely a suggestion. Traffic was heavier than I expected for a Sunday as we crossed into Indiana at about 11:00 AM Central Time. 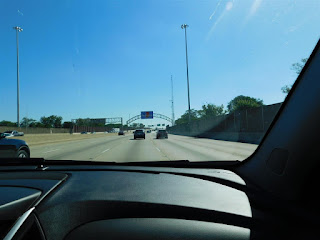 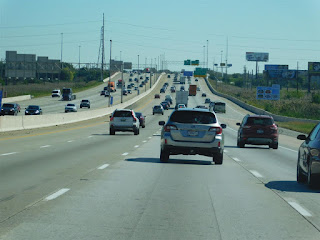 We stopped at a McDonald's in a Pilot truck stop to get some lunch. This location had thoughtfully laid out a few long parking spots for trailers and RV's. As usual, several clueless morons in cars chose to park in them. I parked in front of the Tahoe because, when we arrived, it was the only spot available. 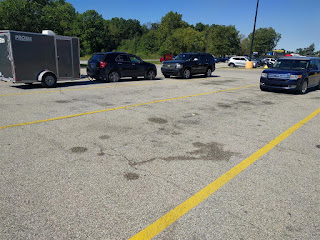 The world abounds with twits

The first couple of miles after we crossed the Michigan border on I-94, I thought the trailer would bounce right off the hitch. I would have imagined that a state would want its first impression to be better than this. We also lost an hour in the blink of an eye. 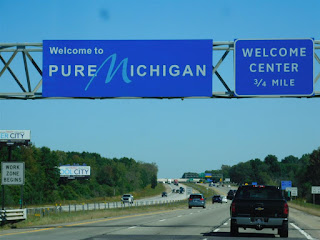 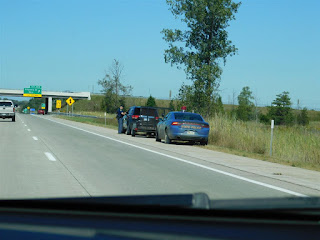 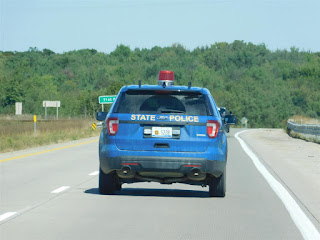 I was again appalled at the merging drivers who will come up the on ramp, crawl along the merge lane at less than the speed of traffic, force drivers to move left and then, once they have caused a disruption in the Force, speed away. I had a new strategy. If I thought they could have matched speeds in the merge lane and found a gap, I would not pull over. So there! 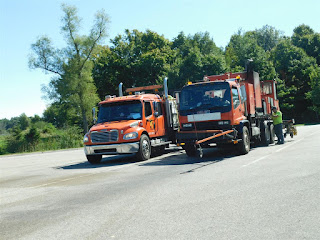 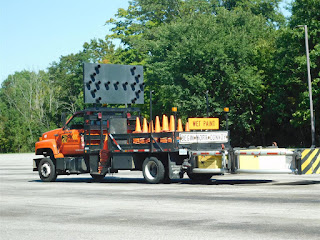 Lucky we didn't get behind this crew 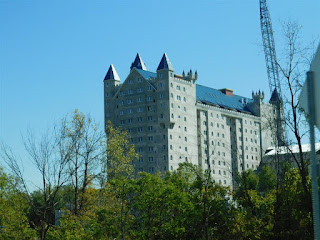 It would probably be fun to live here

North of Grand Rapids, traffic came to a sudden stop. It was almost a disaster because a white SUV was stopped with no brake lights on. The sign said the left lane was closed one mile ahead, yet the lane was already clear. I went into rolling road block mode and kept anyone from jumping ahead in the line. I prefer the zipper merge but that only works if enough drivers take advantage. Otherwise, you just become a lane jumper. 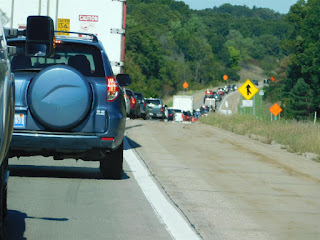 Traffic backed up waiting to merge 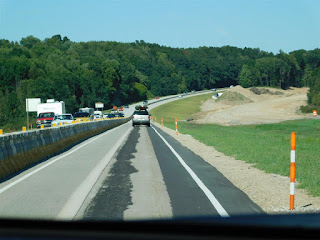 One lane traffic as the other side is rebuilt 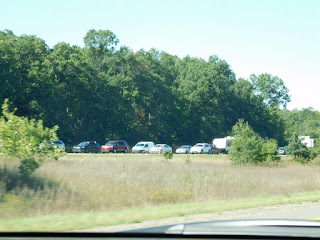 Southbound traffic was stopped for many miles 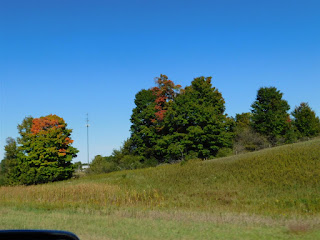 We stopped at a Rest Area south of Cadillac and I booked a room at the Ramada in Grayling. We checked in just before 6:00 PM Eastern. The bar/restaurant was closed on Sunday and we didn't have the energy to go out for supper, so I sorted photos and blog notes and transcribed the purchase list for Customs that I had made up in DuQuoin. Sometimes I thing a portable printer would be nice. Then, as usual, we were in bed early. 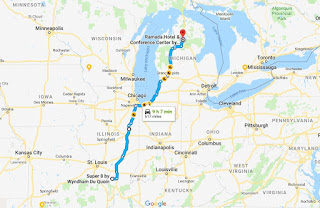