We were both up by 5:00 AM and I spent some time checking the news on line. We skipped the breakfast nook and were on the road soon after 6:00. In my haste to get over the border, I forgot to fill the truck with (relatively) cheaper Michigan gas. The border crossing was quick and easy, one booth and no cars waiting. As we were welcomed back home by the CBSA agent, it occurred to me that no one all year has asked to look in the trailer either way across the border.

Once across the border, in Sarnia, we went looking for McDonald's for breakfast. The flavour of a Canadian Mickey D's in the morning was vastly different from the USA. It was hard to put a finger on the differences but the customers seemed quirkier and the staff was more casual.

There was another layer of fog this morning as we headed east on Highway 402. We stopped in London for fuel and then pushed on the Cambridge where we stopped at son-in-law Mike's work to drop off two boxes of cereal that Stewey had gotten for him. Booberry and Frankenberry had been discontinued but were being revived and sold in Walgreen's in the USA for the Halloween season. 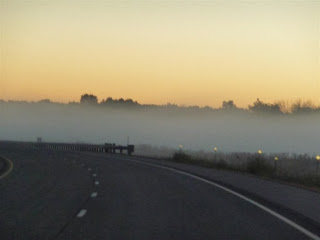 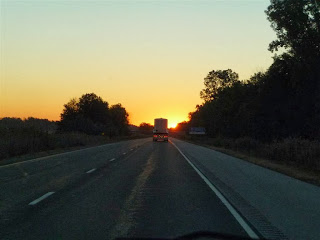 Into the sunrise again 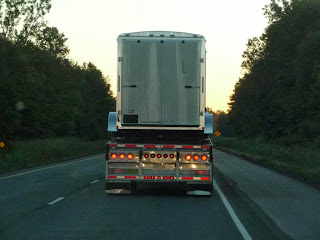 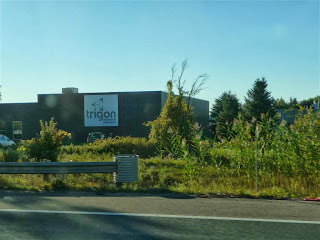 I opted to stick to Highway 401 rather than take the expensive 407 Express Toll Route around Toronto. Traffic was slow moving on the 401 and the construction at the 401/400 interchange continued to be disruptive. Signs said this project would be complete by 2017. Going north, we stopped at the newly rebuilt service centre in King where Sandy got a bagel and I picked up a sandwich and coffee to fight the fatigue I was feeling. 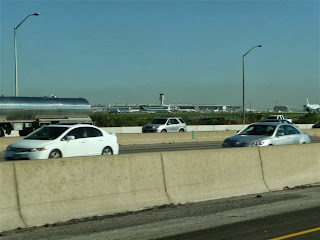 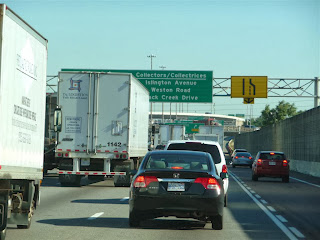 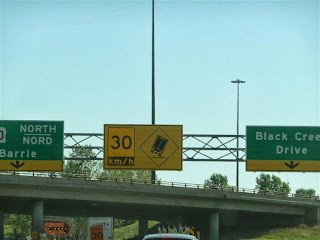 Slow down for the ramp 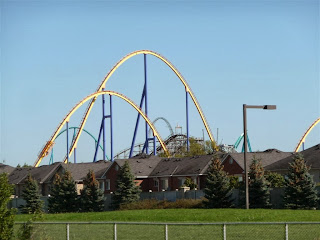 Near Highway 88, I had to avoid an erratic lady driver who was too busy texting to pay attention to how she was driving. With all the safety messaging and laws, I have to wonder what it will take to get people to keep their minds on the road. Maybe the police should be able to seize the hands free devices if they are being operated in contravention of the law, just like they would if I was using a radar detector.

The Highway 400/11 interchange in Barrie was also under construction but, once we got past that, there was almost no traffic. I started to perk up and we enjoyed the beautiful colours of the trees that had started to change. We got home just after 3:00 and were unloaded and unpacked in short order. 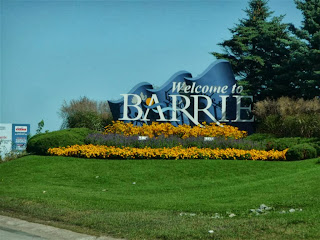 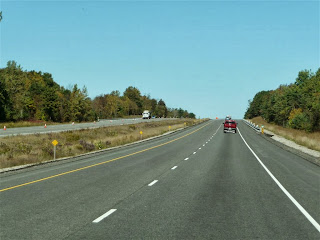 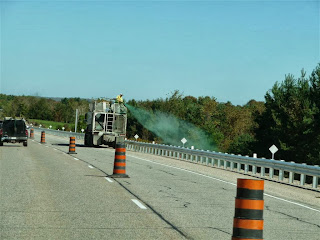 Hydro-seeding to stabilize the bank near Moonstone 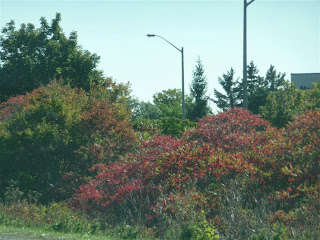 The trees they are a changin' 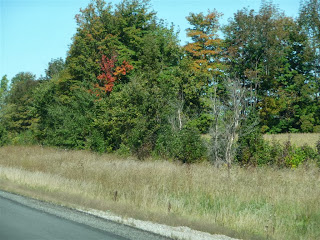 Just specks  of colour on some 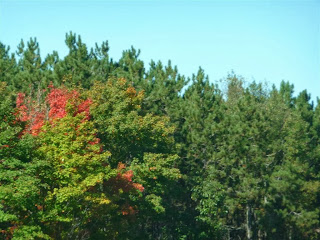 A bit more on others 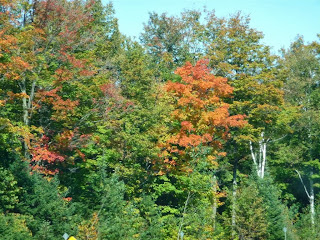 Give it a couple of weeks 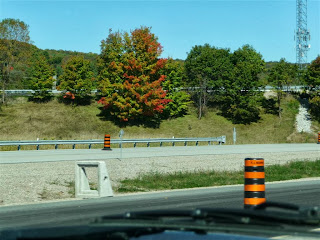 This tree can't make up its mind 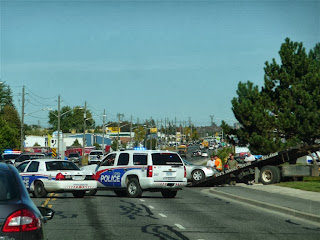 Someone had a mishap a quarter mile from home 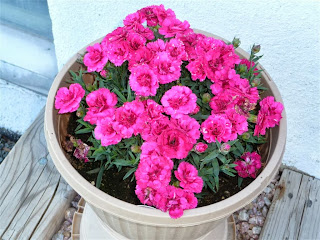 Sandy's MS carnations did well in our absence

It was a great trip. I expect that we will take more time to see even more things in our future travels. 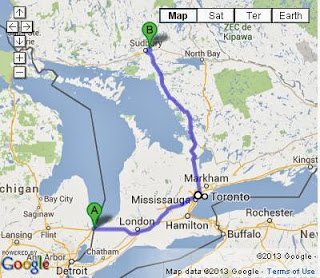