Today we headed out to New Hampshire to pick up our new trailer. I told Sandy I wanted to leave at 5:00 AM since we had 650 miles to cover. She was ready on time but I was a bit behind the curve and we left at 5:23.

There was a lot of traffic heading towards Sudbury in the dark, probably going to work, but we didn't encounter another vehicle heading east until we had covered forty miles. As daylight broke, I was grateful the sky was overcast, keeping the rising sun out of my eyes.

Our first stop was 120 miles out at the new Tim Horton's in Mattawa. It was 7:30 AM and we were almost the only people in the place. This would not have been possible in Sudbury where Timmy's attracts morning people like honey attracts flies. We were only in the place five minutes but stepped back out into a full-fledged rain.

After passing three slow moving wide loads, Sandy needed to stop in Cobden so I watched them go back by us. The Shell station there, which I have passed many times, has a nice looking little motel and a restaurant attached. It occurred to me that this would be a good spot for an overnight stop sometime.

We drove through Ottawa without incident and emerged on the other side, still heading east on Highway 417. There was quite a stretch where they are setting up to do some construction work and it was all posted 80 KPH. I don't mind because the worn out asphalt here was badly in need of resurfacing.

After seeing a surgeon at the hospital yesterday, he told me to call his office today to book an appointment for a small procedure I need done. In Casselman, we stopped at a McDonald's, bought lunch  and I tried to hook up to their WiFi to have my calendar available when I phoned to book a date. Their WiFi wasn't working. II navigated across to a Timmy's where I did connect and then made the call. The doctor's office computer system was down and the young lady had not gotten the form from the doctor. Call tomorrow.

OK by me, so we headed south on Highway 138 towards Cornwall where I switched to our US cell phone and crossed the two bridges to the USA. There was no line at the Customs booth and, after a few cursory questions, we were admitted once again to the Land Of The Free. 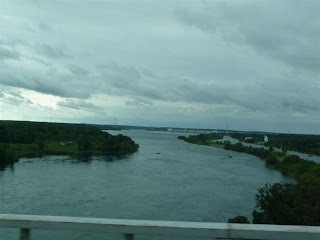 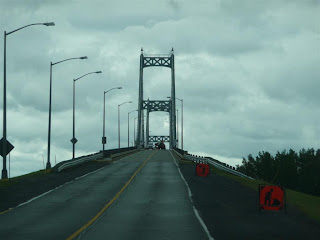 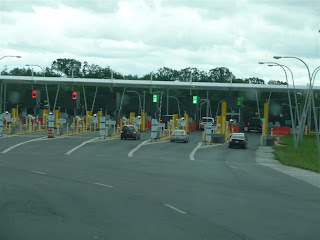 We headed east again, taking the shortcut through the town of Constable. I have to report to Sherm that the little general store where he met the elderly proprietor was now closed. Then we headed on through Chateauguay with its large wind farm and past the place where they refurbish and sell used Volkswagen Beetles. Real Beetles, not those newfangled things. I had two in my time, a 1964 and a 1969, and have often wondered what kind of price tag he has on these. 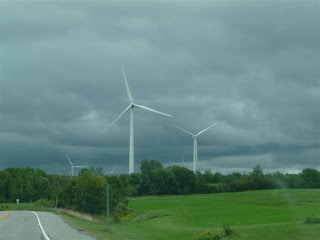 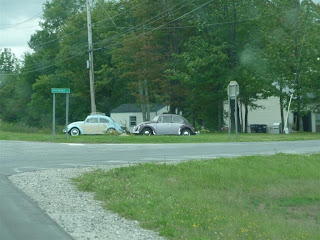 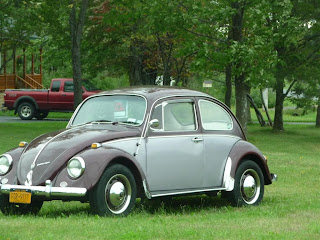 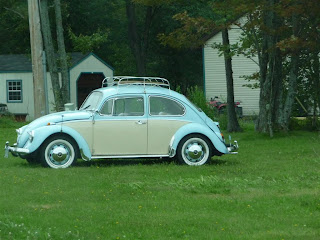 Gas was way too expensive here at $3.93 per gallon, so I decided we would plug on to Vermont before refueling. We made it to Swanton at the I-89 interchange where I spent less than $100 to fill up. Not bad for almost 500 miles. Then we got second lunch at Mickey D's but Sandy was disappointed they were out of blueberry pomegranate smoothies. 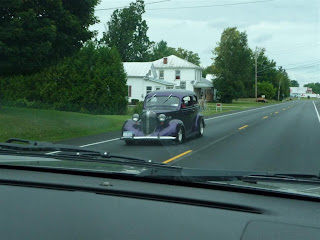 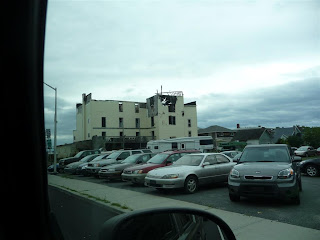 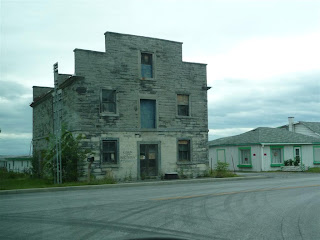 This has seen better days 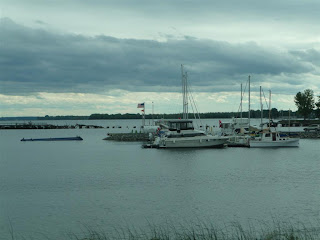 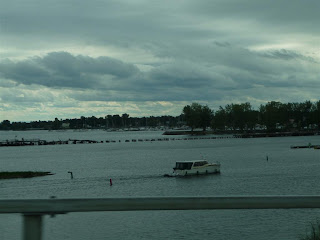 A classic motoring in

The drive down I-89 was pleasant. There was little traffic and I set the cruise control at the posted 65 MPH. We stopped at the Randolph Rest Area where I used their free WiFi to set up a supper for tomorrow night with Brother Bear. The upcoming weekend should have been our Maine gathering and, even though it isn't happening, a few of us will get together anyway. 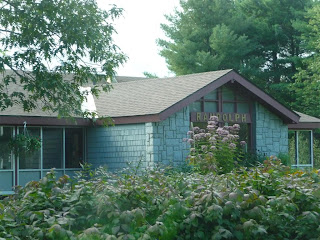 Randolph Rest Area on I-89 in Vermont

After crossing the New Hampshire (Live Free Or Die) state line, we approached Concord and the end of I-89. The truck computer told me that, despite the rolling hills, we had gotten an impressive 21.1 miles per USG. I took 3A off 89 to a very poorly located McDonald's for a light supper.

We had been invited to stay with Ol' Phart Joe and his lovely wife Karen while we were here. The GPS took us down a couple of streets and along the winding Buck's Road to their house, a red structure that is around 200 years ago. Regular readers will remember we stayed here during the Laconia Run back in 2012. 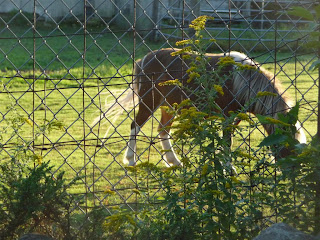 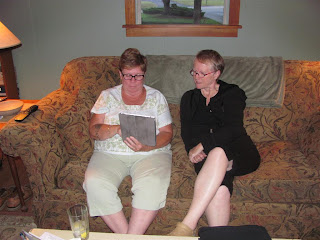 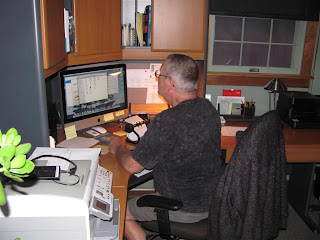 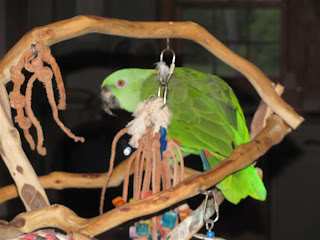 We spent the evening catching up. Joe had just sold his GoldWing due to medical concerns and we talked about that and many other things. Their parrot, Bonnie, doesn't like men so I avoided her as well as her dangerous looking beak. But she sure can talk.

The ladies went to bed first while Joe and I spent some more time talking about the old days before turning in about 10:00 PM. 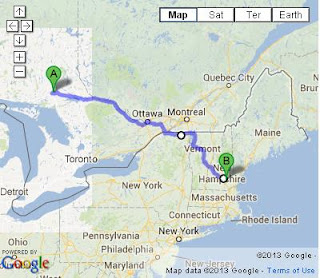 Long but good day. Too bad about the interesting old fella in Constable!