We were up shortly after 6:00 AM. The Lovely Carlene prepared a breakfast of pancakes, bacon and coffee that couldn't be beat and we talked about many things. Finally, we thanked them for their great hospitality and hit the road for Eureka Springs just before 9:00.

There are no big highways going the way we wanted to go. The shortest route is two lane all the way while the fastest involves following two lane northwest to the Missouri border and then taking Interstate 44 southwest to Springfield. From there, US 65 South past Branson is also four lane, with the last 35 miles on 62 back to two lane.

Thw first obstacle was an Amish two horsepower buggy. I had to follow it for a ways because of a hill and blind corner. It was a good time to be patient because I would have met a semi moving the other way if I had pulled out blind. Sandy rolled the window down to listen to the sound of hooves on the pavement, which reminded me of something my grandfather once said:

I have no idea why I remember that. 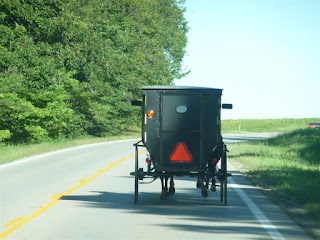 It was 14C and there was not a cloud in the sky as we trucked northwest through a series of small communities. We crossed the bridge over the Mississippi River into Missouri at 10:25. 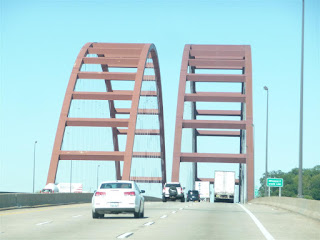 Entering the Show Me State 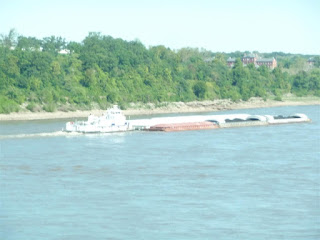 We followed the I-255/I-270 a short way to I-44. There was some construction on 44 but it didn't last long. There was a backup for a ways from the exit to Six Flags. Maybe something special was going on or maybe it was just a nice Sunday. 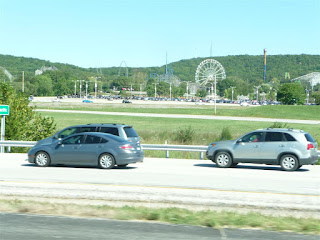 We stopped at a Pilot in Pacific and fueled up. Then we continued, pushing against Missouri hills and a firm headwind. Sherm called and I noted there had been several missed calls. After we were done discussing travel plans, I found that the phone had been set on silent. I fixed that.

Near Fort Leonard Wood, we were passed by a large Phaeton diesel pusher RV towing a Sierra pickup with a full size box. In the box were two Harley Davidson's and, behind that, there was a full bicycle rack. This family wanted to take everything with them. 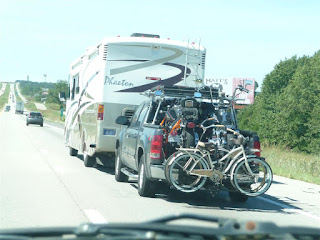 Loaded for just about anything

When we reached Springfield, the big flag was now extended towards the north, meaning that our run down US 65 would be into another headwind. Couple that with the very long, steep hills and the truck had to work very hard for the next stretch. 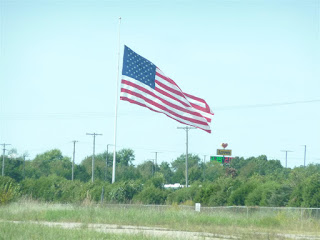 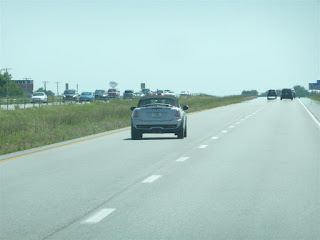 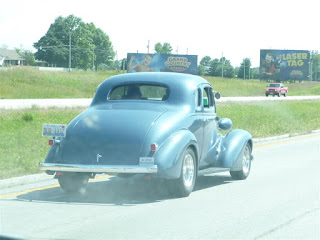 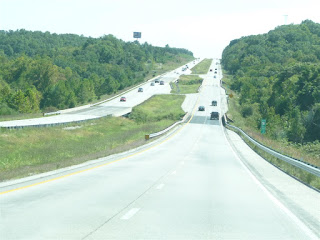 South of Branson, we crossed the Arkansas state line. Near Harrison, we turned west again on US 62. We made a brief bathroom stop in Alpena and then motored on through to Motel 62, arriving just after 4:00 PM. 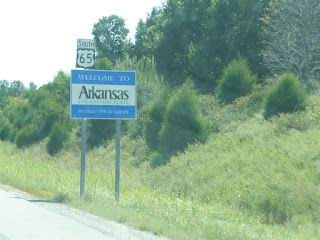 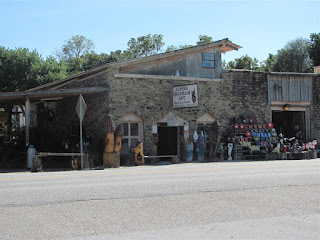 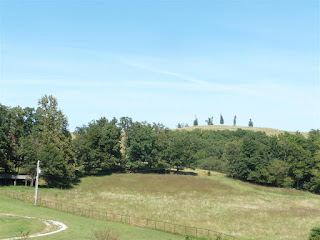 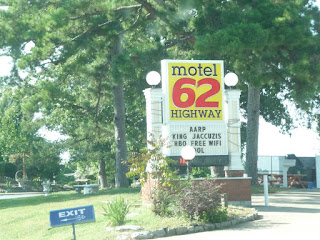 Sherm and a few others were already in. I unloaded, unhooked and unpacked. Then the three of us jumped in the truck and drove through town checking what was open. We stopped at Forest Hill for a buffet supper before returning to the motel. 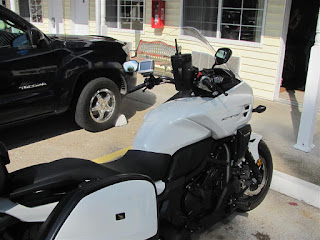 Big mug on a little bike 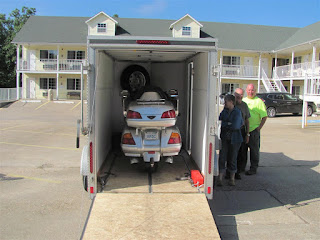 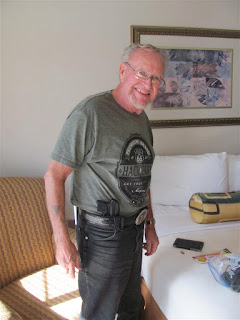 Our roommate for this week 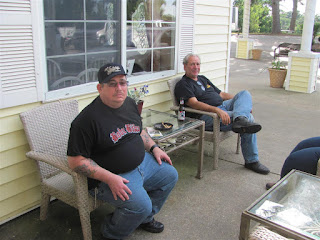 On the way out of the Forest Hill lot, I waited for two motorcycles to go by. It turned out that it was the ladies from Texas; Debbie, Vickie and Kay. They pulled into Motel 62 just ahead of us. 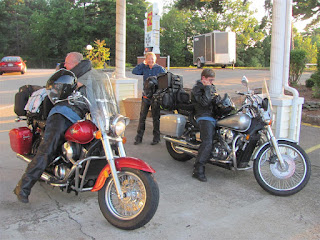 The Texans have arrived 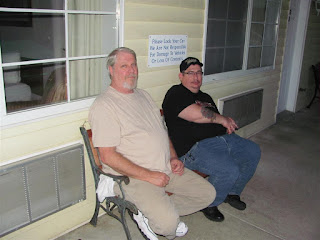 The WiFi was flaky but they tinkered with it and we did finally get access. I managed to set up three days of blog posts, do the maps and upload the photos before I was too tired to go on. We were in bed early and asleep soon after. 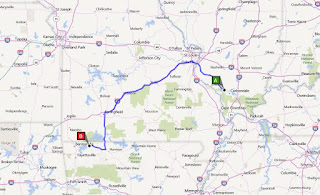