The Great Lakes Police Motorcycle Training Seminar is an annual Ontario training session and competition for police motorcycle officers from all across North America. This was their 21st year and it brought two major changes. This was the first year the organizers would bring the GLPMTS to Northern Ontario and also the first year that they would allow civilians to participate. The Walmart parking lot on Long Lake Road in Sudbury was where this all took place from Wednesday, August 14 to Saturday, August 17.

GLPMTS co-chair Andrew Hinds of the Greater Sudbury Police Service was once a special constable with the Sudbury Area of the Snowmobile Trail Officer Patrol under the leadership of Area Coordinator and program co-founder Normie Hein. Normie passed away in 2016 just after the program had been cancelled, but Andrew knew that the Freedom Riders Motorcycle Association had been Normie's club. Last fall, he approached the Freedom Riders about providing volunteer judges for this year's competition.

I coordinated the effort for the club and we provided 45 volunteers who worked a total of 117 shifts over the four days of the seminar. Thirty-six of the volunteers were club members while the remaining nine were friends drafted into service.

The judging was required on Friday afternoon for the expert patterns and Saturday for the group competitions. However, our crews were also out for the patterns practices, involving riding tight courses of orange traffic cones, on Wednesday afternoon and all day Thursday. They assisted riders by resetting cones that were knocked over and indicating faults the competitor might not have seen. This, apparently, was above and beyond what most volunteer teams have done in the past. 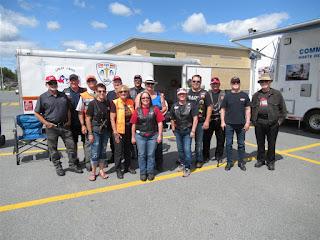 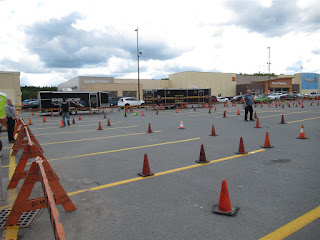 This took up a lot of the Walmart lot 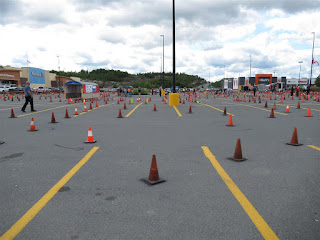 Seven expert and five novice courses plus the slow race 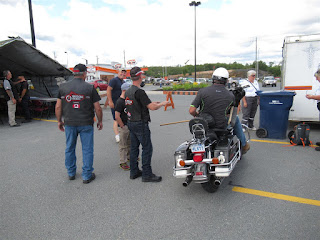 Scoping out the work to be done 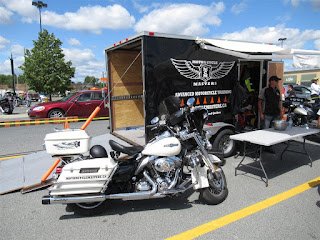 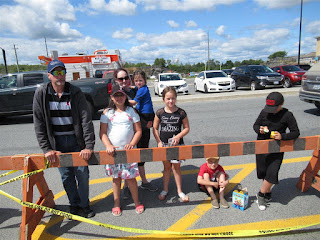 Even members who could not volunteer brought family to watch 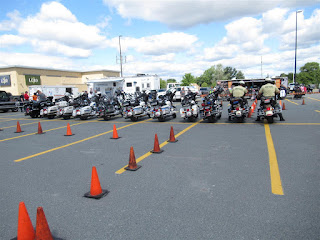 The two troopers on the right were from Nashville Tennessee 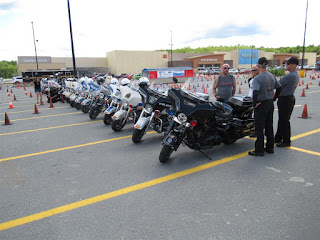 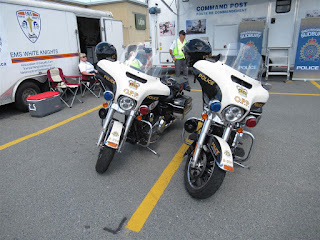 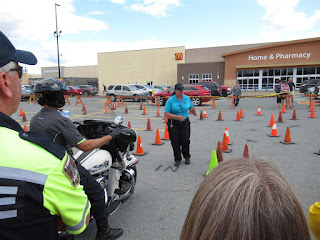 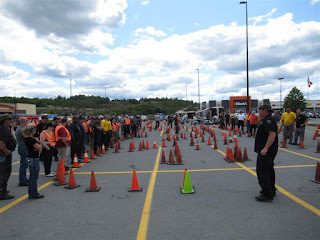 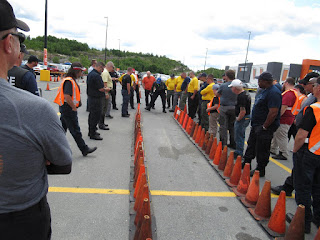 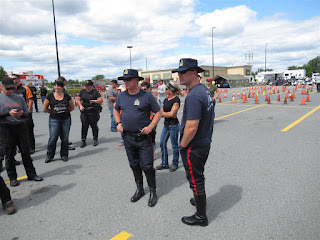 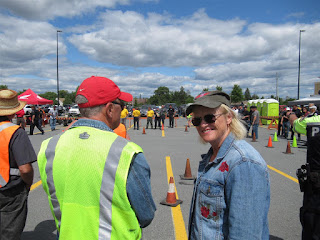 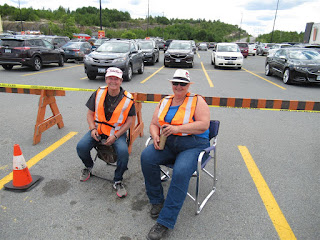 Jackie and Nicky on the job 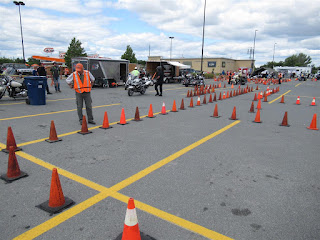 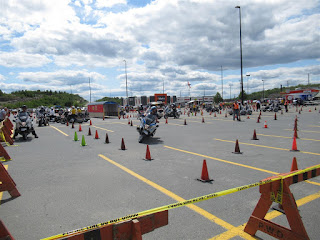 Most were Harley but Montreal officers brought BMW's 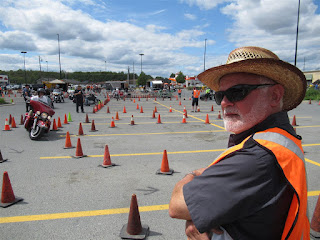 All the above photos were taken on Wednesday. After that, it got a little busy and I put my camera away. All went well through the practices. On Friday, the experts judged the novice competition in the morning and then the Freedom Riders judged the expert competitions in the afternoon. It took every one of our 39 volunteers on site that day to get the job done.

That evening, organizers, competitors and volunteers were treated to a dinner and comedy routine in The Cavern at Science North. The food was good and the entertainers were unusual.

Saturday morning began with all the motorcycles (police, civilian and volunteer) marshaling at the Big Nickel for a parade to the track at Walmart. Leo and I were going until I looked at the sky and the weather radar. We switched to the Equinox and went directly to Wally World. Lucky we did because two Montreal and two Ontario police bikes went to the track by mistake and we had to lead them up to the Big Nickel. Visualize a black Equinox hightailing it through town with four police motorcycles in pursuit. 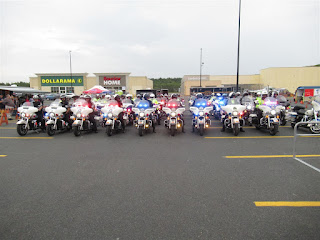 The parade arrives at the track

After the parade arrived at the track there were some speeches by local dignitaries, including Police Chief Pederson, local councillor and Chair of the Police Services Board Vagnini and local undertaker and personality Jerry Lougheed Jr. Consensus was that they were all funnier than last night's entertainment.

The competitions today were different and involved team events. Again the club participated in the judging. The day was marred by an incident near the end when one of the Tennessee State Troopers went down and broke his leg.

That night, a number of club members attended the Wards Banquet at the newly re-renamed Northbury Hotel. The meal was most excellent.


Freedom Riders at the Awards Banquet 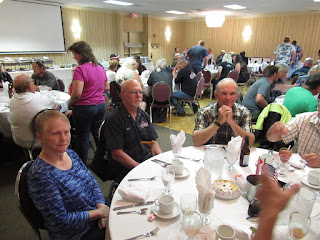 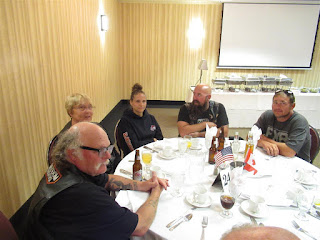 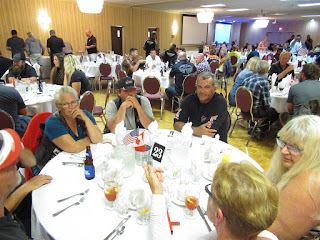 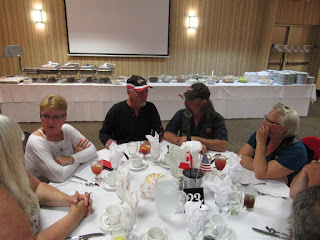 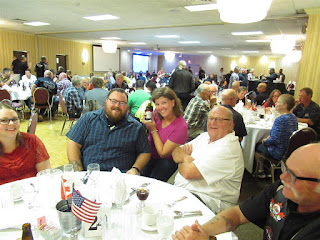 The young lady, civilian Erica from Massachusetts, was an amazing rider

It was a pleasure to get to know all the riders, police and civilian, from across the continent. Next year will be in Guelph and some members are planning on attending.
Posted by Jim "Skid" Robinson on 8/17/2019