The weather was a lot better this morning. 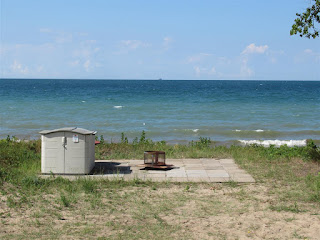 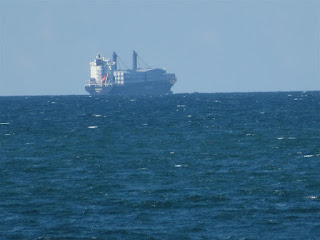 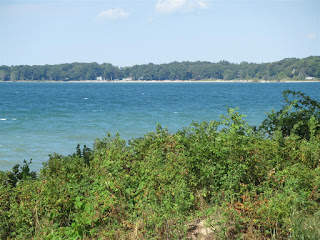 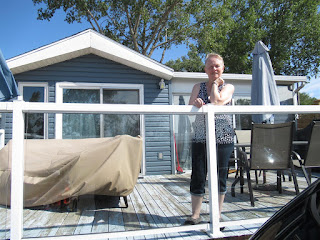 Heather decided that it would be another good day to visit the Family Funplex with the kids. Sandy, who has an affinity for neither the water nor the sun, decided to stay at the cottage while the rest of us piled onto the golf cart. After a stop at the Welcome Centre for armbands of the day, we made our way to the Funplex. 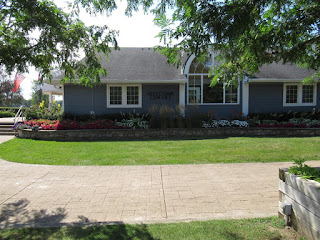 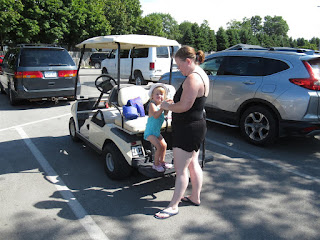 It was busier than the other day. All the lounge chairs were taken but we managed to get three regular chairs. I watched Heather's backpack and the towels while they hit the pool. Then Heather and Jasper headed for the water slides where he was much happier riding them than he was the other day. Tom took Fiona to the wading pool and splash pad. 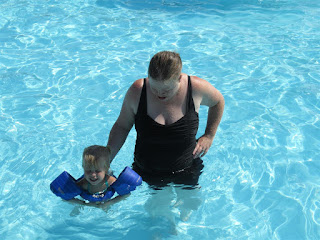 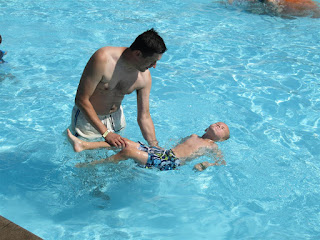 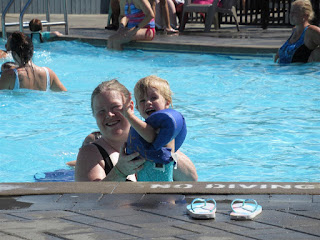 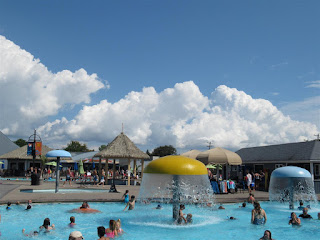 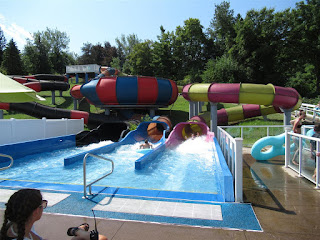 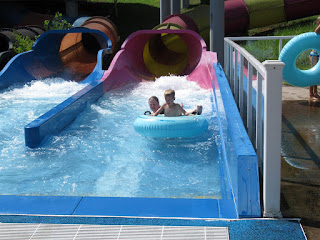 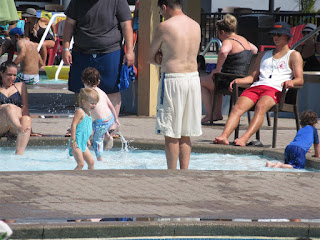 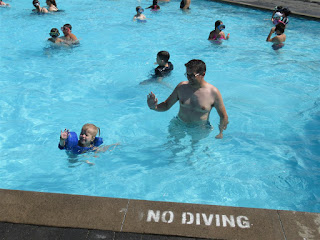 If you should happen to get sun block in your eyes, it really burns. If, after that, you rub your eyes with hands that still have a trace of sun block on them, the burning doesn't stop. You think anyone past the age of five would know this. Sometimes I amaze myself.

We returned to the cottage for lunch and then various people took various naps. Later on, we all (Sandy included) returned to the Funplex to explore the arcade that Jasper and Tom had tried out the evening before. The kids had fun, as did the adults. One particular device was a virtual reality roller coaster simulator that would look good in my basement. 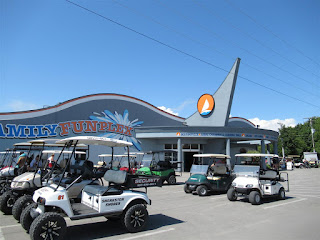 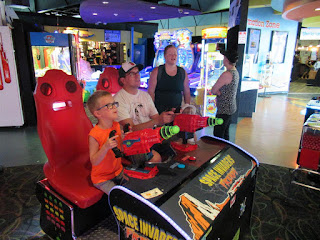 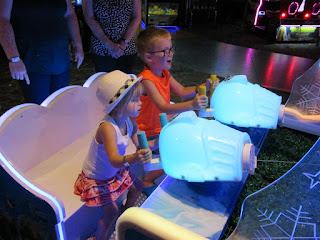 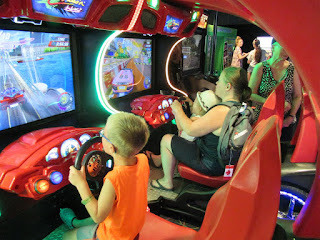 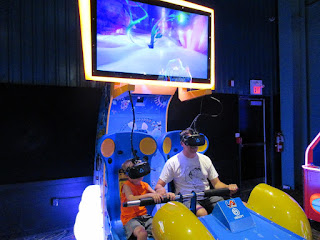 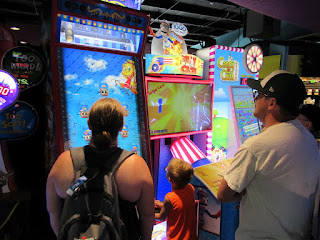 When the credits ran out, we stopped in at the adjoining Boston Pizza for supper. I usually don't like Boston Pizza but this was OK. I will have to try their personal pizzas on cauliflower crust to see if it would be a suitable low carb option, but I broke my diet and had a club sandwich. Balancing that, my side was a salad. 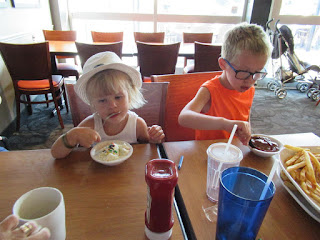 After eating, we returned to the cottage in what proved to be a substantial wind. Tom decided it was too windy for a bonfire and S'Mores tonight, so the kids played inside while some of us caught up on our reading. Eventually, everyone wandered off to bed.
Posted by Jim "Skid" Robinson on 8/28/2019