A brief note on August 25th. When we were in Yellowstone National Park many years ago, one of the employees told me that few of the staff were there on Christmas Day so they held a celebration together on August 25th. Ever after, I have thought of this date (one day after my mother's birthday and the anniversary of my first ill-fated wedding) as Christmas In Yellowstone Day and a reminder that winter is coming. Fall has depressed me more and more each year.

But I put the moping aside for now as we got ready to depart for a week at a lakeside rental with 1/2 of our offspring and grandkids.

Heather said they planned to be at the resort at about 3:00 PM, so we left Sudbury at just after 7:00 in the morning. It was 48 F and the cold tire pressures were showing 32 PSI, indicating that it was about time to add some air in preparation for winter. Northerners know that the colder the air, the lower the tire pressures.

Traffic was light this Sunday morning. We did see that they had started a second span at the new four lane highway at the French River. Since they won't be using the old bridge, I wondered what they had in store for it? 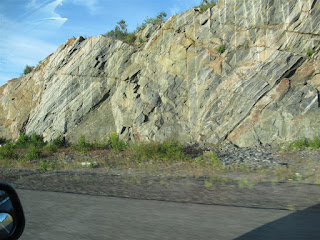 Rock cuts in the Pre-Cambrian Shield for Zeke 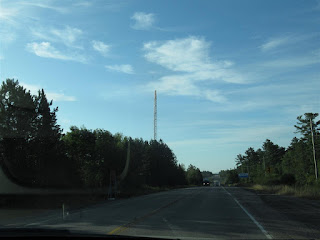 There were few cars in the lot when we stopped at the Tim's at Horseshoe Lake Road south of Parry Sound. They still had the slowest counter service ever despite many staff bustling abound in the background. We noticed some leaves were already changing colour but I refused to let that mar my day. 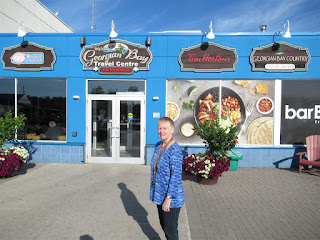 We followed Highway 400 south until we left it at Horseshoe Valley Road north of Barrie. We took some back roads to Airport Road and then followed it to Highway 24. That took us all the way to Guelph. 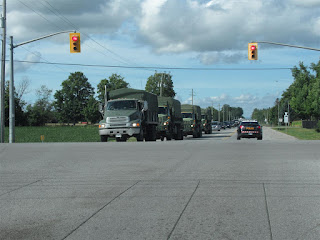 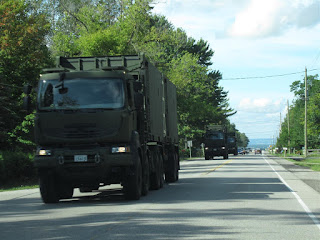 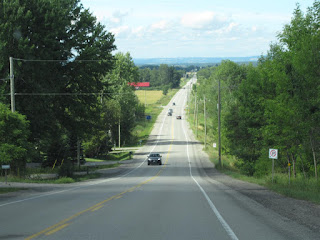 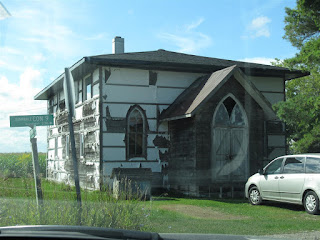 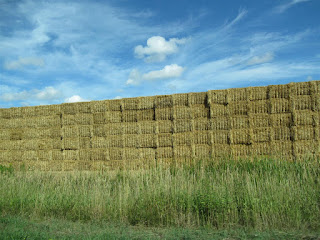 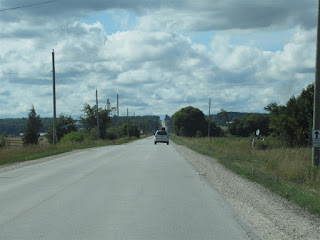 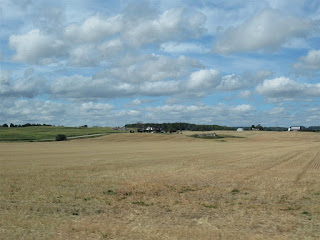 The heart of agricultural Ontario 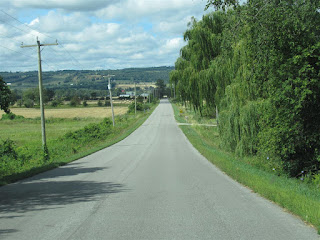 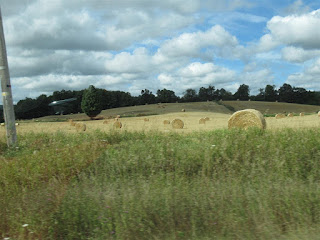 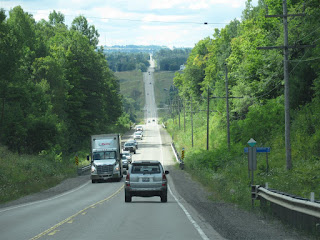 From the flats to the hills of Airport Road 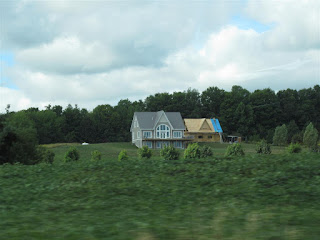 The garage should match the house 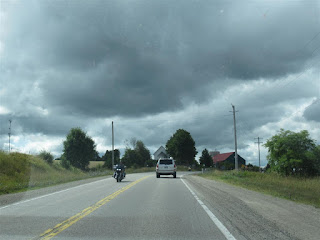 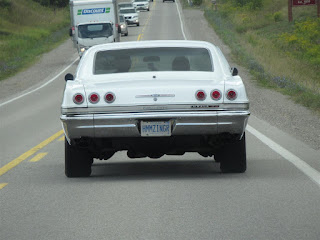 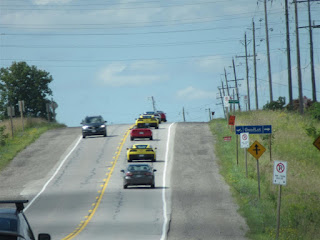 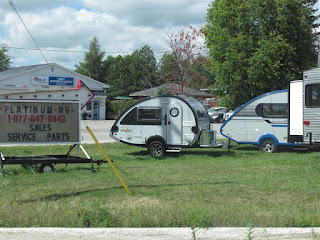 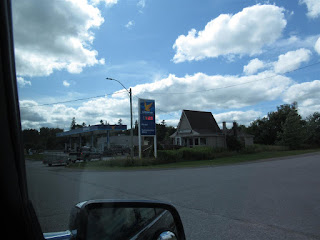 Gas in Erin is ten cents cheaper than home

From Guelph, we followed Highway 6 south to Hamilton and then braved a brief traffic jam on Highway 403 as we made our way to The Linc (Lincoln M Alexander Parkway). Traffic on The Linc itself was good. We exited before it reached the six lane QEW and took old Highway 20 (now Regional Road 20) into the Niagara Peninsula. It moved along surprisingly well. 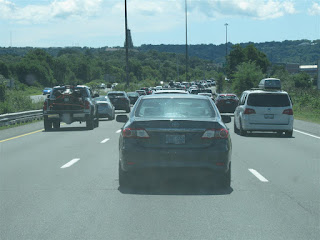 Highway 403 back up in Hamilton 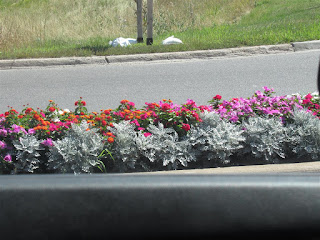 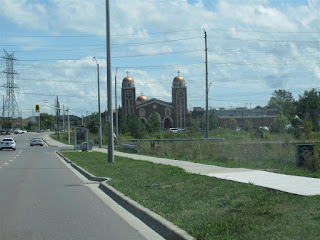 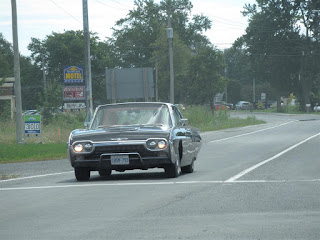 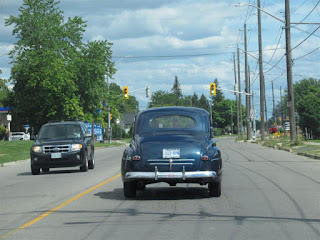 We arrived at the main gate of the resort just before 3:00 PM and were directed to the Welcome Centre. Heather, Tom and the kids pulled in about ten minutes later. We took care of the check-in and got the vehicle passes before proceeding to our rental unit Surf Loop #8. 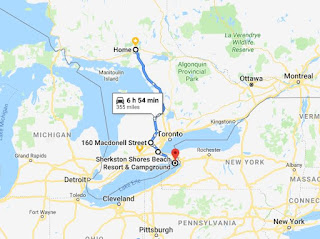