This was our last day in North Carolina. Time sure flies when you're having fun. We left at 9:00 AM for Maggie Valley, riding US 19 up over Soco Gap. 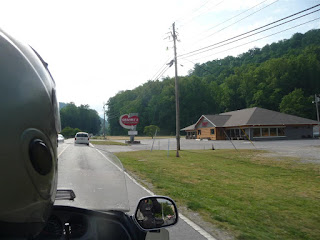 Granny's was quiet this morning 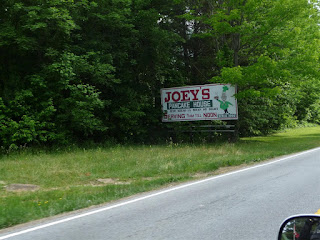 And Joey's will be closed too 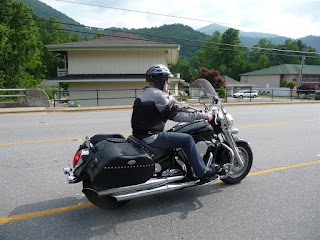 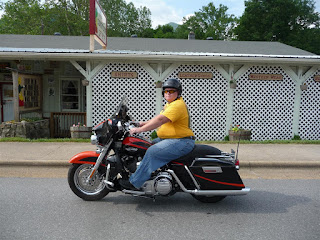 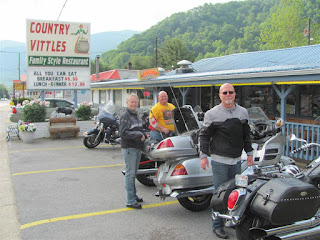 Don, Biker and I had the famous All You Can Eat Family Style Breakfast at Country Vittles in Maggie Valley. Sandy had a pancake. It was all good. Thank you, Biker, for breakfast.

I had planned a route through the Nantahala Gorge, down Wayah Road to Franklin and back up 28 to Two Rivers, which would have gotten us back in the early afternoon. After looking at the sky and feeling the air, I decided that we would just ride back to Two Rivers because I was certain rain was coming and we didn't want to end the week on a wet note.

We loaded the Harley into the truck using Blain's driveway as a ramp. It went very easily. Then we loaded the Vulcan onto the trailer. The ramp is short so the angle at the top is too severe for the frame to clear. We tried using a slope but it still scraped. Still, they were loaded. And then the rain came. 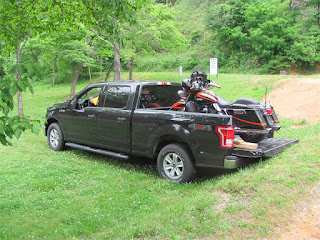 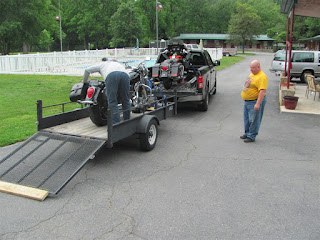 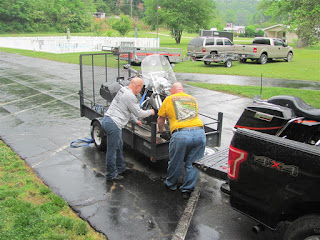 And the rain arrived as predicted

Don was looking for a very specific mesh riding jacket, so we piled into the Equinox and drove to MR Motorcycles in Asheville. MR is the huge shop that put on the BBQ for VROC last May. Don didn't find what he wanted but Sandy and I got new Olympia Horizon rain suits. 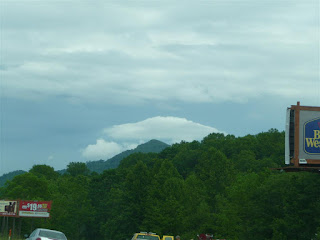 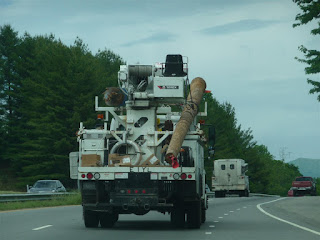 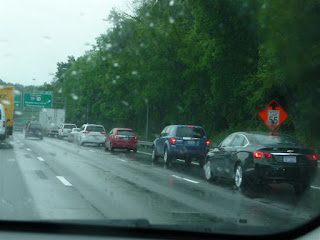 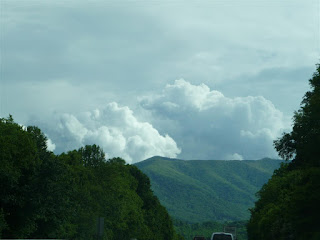 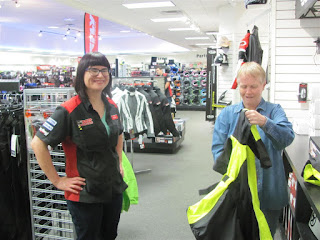 We ate supper at the Iron Skillet in Bryson City. Food was good again. Thanks for supper, Don. 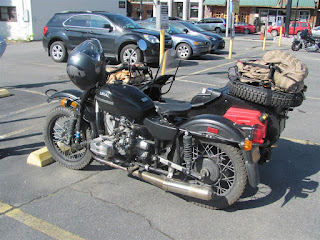 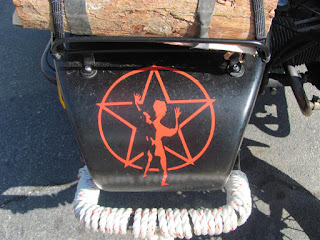 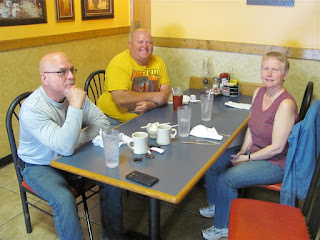 Back at Two Rivers, I hooked up the trailer and loaded the GoldWing. We stowed our suitcases and most of the gear, ready for an early departure. Blain and Kathy hung out with us for the evening, even bringing the Grape Ape out later on. Don really appreciated the finer details, which went right over my head. 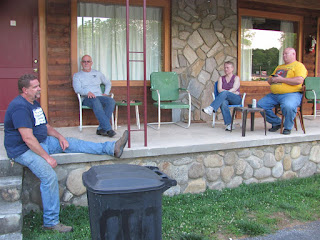 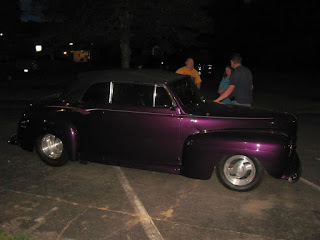 As it got later, we said our goodbyes and shared hugs because we expected to leave before anyone else got up. It has been a great time down here, over all too soon. But there will always be next time. 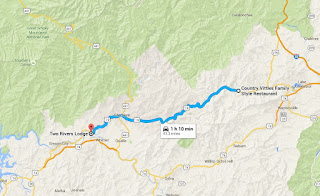 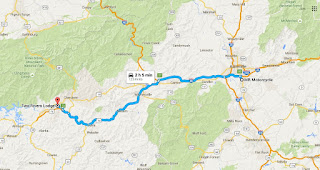