Today is a big day. Our fourth grandchild and 3rd granddaughter, Fiona Claire Gronek, was born at the  Stratford General Hospital just after noon to daughter Heather and son-in-law Tom. She is baby sister to Jasper and cousin to Jolene and Robyn.

Fiona wasn't supposed to be along until the end of the month, but she arrived 13 days early. Tom said that was OK because Jasper was 13 days late so it all averaged out.

We had planned to stop in on our way back from North Carolina, but Heather called yesterday to say that it looked like her water had broken, although she wasn't experiencing any labour pains. They said that she should get a good night's sleep and, if nothing started today, they would do a C-section. And that's the way it went. While we were driving down, we got a text from Kim, who was watching Jasper, to say they were taking her to the OR just before lunch and another to say that Fiona had arrived and all was well. 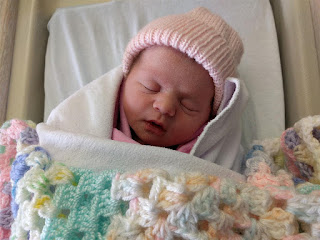 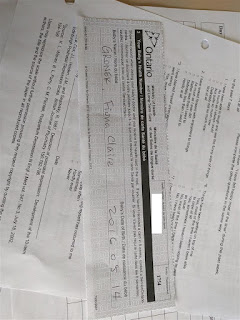 It ain't real without the paperwork 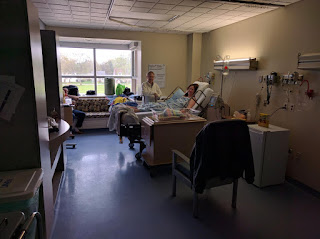 Again, congratulations to all!