We were moving a bit earlier than planned, hitting the road at 6:20 AM. We had reservations tonight at the Hampton Inn in Waynesburg, Pennsylvania (about 500 miles away). Traffic was picking up as we got to Asheville, where we made the turns to put us on I-26 West (north, really). 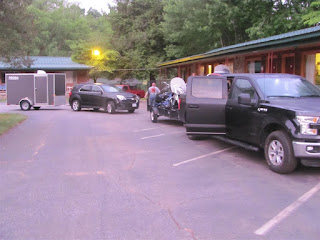 Ready to roll bright and early 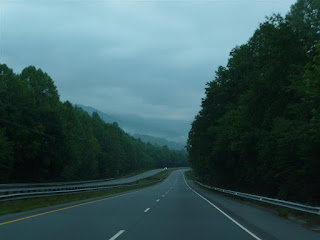 Some clouds to start 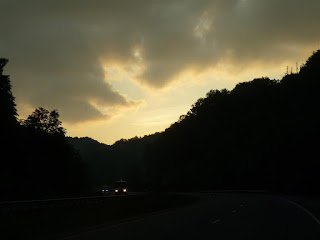 But they soon broke 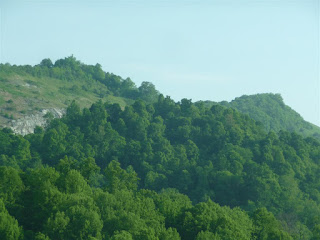 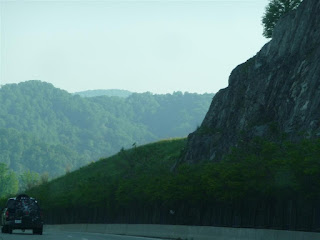 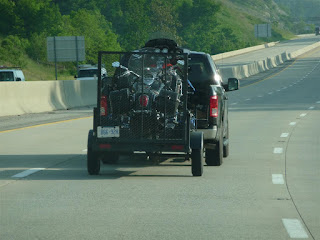 Rolling downgrade on I-26

I took the lead coming into Johnson City and guided our two-vehicle caravan onto my favourite route to bypass Bristol. We connected with I-81 North in Abingdon, Virginia. 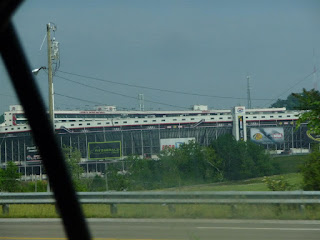 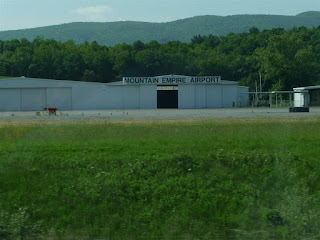 The Equinox was ready for fuel when we got to the I-77 interchange in Wytheville, Virginia, so I stopped at the Travel Centers of America and filled the tank for $2.09 per gallon. We had time so we sat down in the restaurant and gave in to the temptation of the breakfast buffet. Some Virginia state troopers took a break from their speed enforcement (we saw them all over I-81) and came in for the buffet as well. 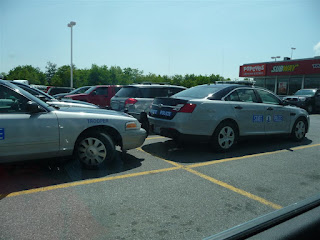 Troopers at Travel Centers of America 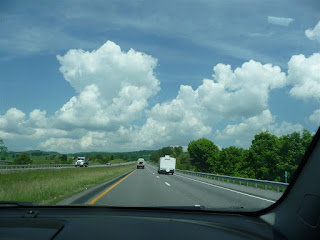 I noticed that my GPS still worked in the tunnels but my XM radio did not. Go figure! 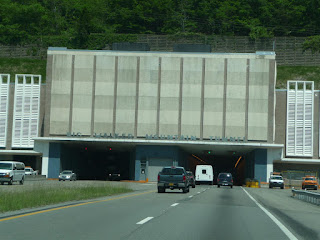 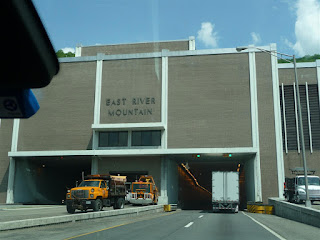 The drive through West (By God) Virginia was uneventful. Summersville police were out in force as usual, catching cars coming over the first hill in the 50 MPH (strictly enforced) zone. There was heavy traffic on US 19 but it was 1:30 PM on the Friday of Memorial Day Weekend, so this wasn't surprising. 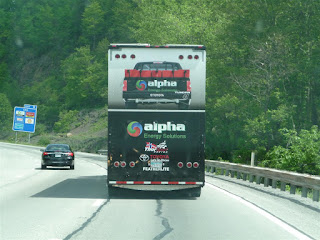 This race hauler blew by us 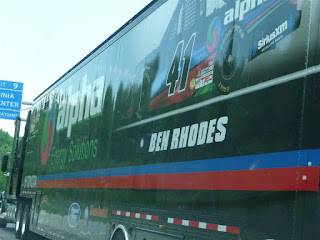 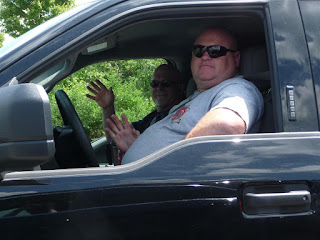 It was 89F as we pulled into the Hampton Inn. Don and Biker were here a bit before us because they hiked up to the 70 MPH speed limit while I held to my usual 65 after the last Rest Area stop. We had the same suite as last time while theirs was directly above us. 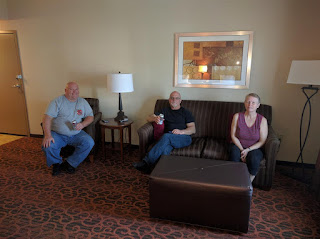 We walked to the Golden Wok Chinese Buffet for supper. I hope this is the last buffet for a while or I might explode. After supper, I settled into the room to call Tracfone and sort out my data issue. It took 1 1/2 ours and an escalation to a supervisor, but I got my data and it looked like I kept my minutes. I say looked like because I still can't check that, but I can see my days go until April 2017. He also helped me set up my on line account on the laptop. Qualified success, but I'll take it however I can get it.

Sandy and I turned in fairly early. Tomorrow, Biker and Don head for Sudbury while we are off to Woodstock for a day to see family. 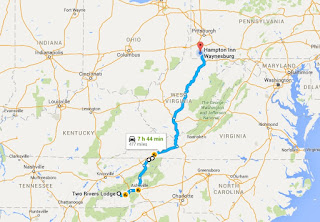