The Holiday Inn Express had a full breakfast buffet in a large, well-appointed room. They started at 7:00 AM on weekends, and we were down there shortly after it opened.

I maneuvered us out of the tight parking space (some backing up was involved) and we were on our way by 8:15 under blue 81F skies. The hitch was quieter today because I had unhooked last night and applied Teflon grease to the ball.

After a fuel stop at the Ayr Flying J, we noted the light traffic and followed the 401 right through Toronto to 400 North. The first set of 401 collector lanes turned out to be an obstacle course of road work, so we stuck to the express lanes after that. 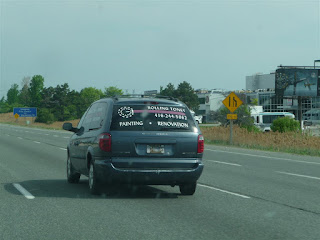 Someone has a gift for business names 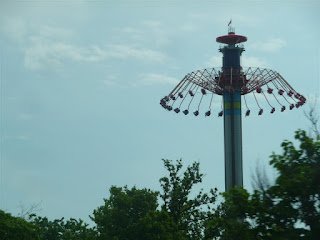 We stopped at the On Route at King to get coffee and cookies. Some ad on XM radio was saying "don't let the credit card companies fool you into thinking you have to pay them off", causing me to reflect on some of the things wrong with society today. 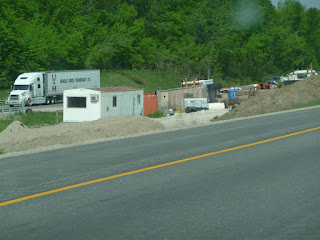 Construction at Highways 400 and 11 will never end

Traffic was very light the rest of the way home. We made a gas/lunch stop in Parry Sound. I am getting pretty good with the McDonald's kiosk but the food still doesn't come any faster. On an unrelated note, it is funny how my fuel mileage deteriorates once we get into Northern Ontario .

There was almost no line at the one lane French River Bridge but some bozo in a southbound Dodge Ram with a trailer obviously didn't stop for the red light on his end. I know this because he was only part way over the bridge when our side got the green light. I had to flash my headlights at him several times to be sure he was looking when I gave him the finger. 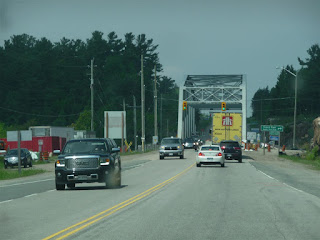 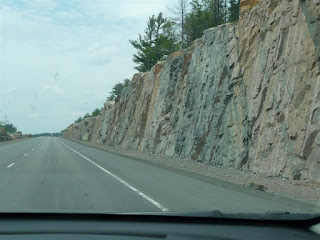 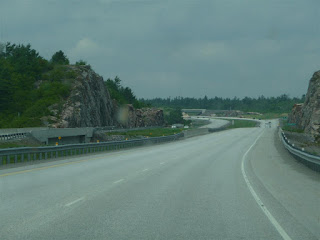 We got home at 2:20 and were unloaded, unhooked and unpacked by 3:00 PM. Another good trip in the record book.

This was the first trip with the Equinox towing the loaded motorcycle trailer. It yielded about 30% better mileage than the Avalanche and handled the road and hills much better with the six speed transmission. I even enjoyed driving it better. 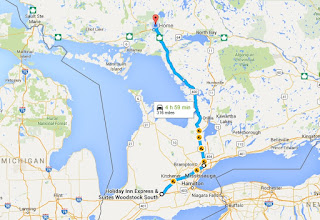