I finished up yesterday's blog this morning while having coffee and cereal in our room. When I'm at a rally, I try to get a preliminary post up with the pictures each day for the folks who can't be there.

The weather radar showed a strong system coming in from the southeast that should have arrived after lunch, but the drizzle started almost immediately. We wandered around visiting under the overhang in front of the rooms. 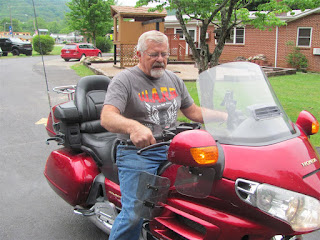 Lanny got the bike back together 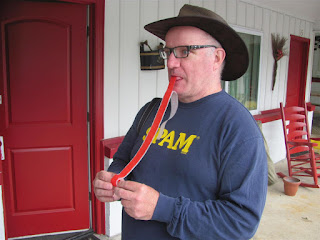 Kudzu acting as normal as usual 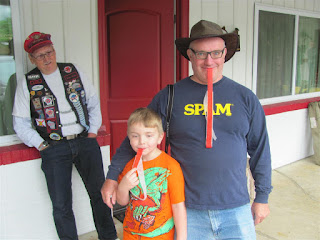 About noon, we headed for Walmart in the Equinox with Willie and Carlene where we stocked up on some groceries for the room. Sandy's Samsung tablet is old now, still running Android 2 and not able to be upgraded. Now it had started to act up unpredictably. I was looking at a new entry level Samsung Tab E 9.6" that they had for $219. The salesgirl very authoritatively told me that the picture on the ones they sold would not be as good as the one on display because it was a demo and had been running for a long time. Really? I asked if she could take it out of the security mount so we could hold is and see how it felt. She said no. I said I'd go and shop where someone knew what they were talking about. Got the same thing next door at Best Buy next door for $199 and the screen is just fine.

Back at the room, I borrowed Willie's cell phone so I could call Tracfone and get this data issue sorted out. I could not access the data network and when I called the number to check the remaining time, it gave me an error. After talking to several people and removing and reinstalling the SIM card, I reached a young lady who got my LTE working and I could check my time. Unfortunately, the time said 0, 0 and 0. She said she saw the minutes and was starting to address that when we got disconnected. I had gone from having no data to not being able to make calls at all. Another hour and a lady reinstated my minutes and days but the data network was gone again. Four hours on the phone, I was back where I started and it was time to go for supper. I will take another run at it later sometime.

The Meet And Greet Dinner was down at the Maggie Valley Inn again. This was also the headquarters for the Chev SSR gathering. It was still raining so Willie and Carlene rode down with us in the car. There were 54 people seated and the food just kept coming. Fried chicken, catfish and ham with many sides. It was good and there was a lot of it. 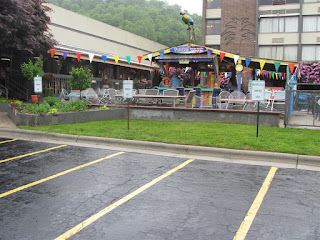 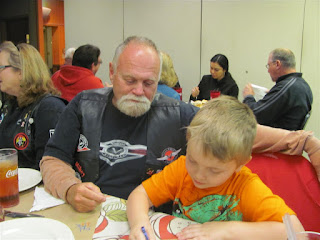 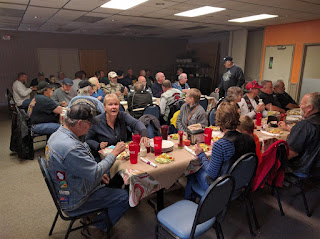 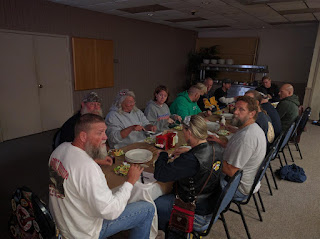 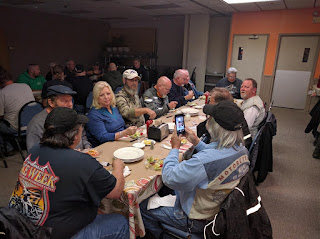 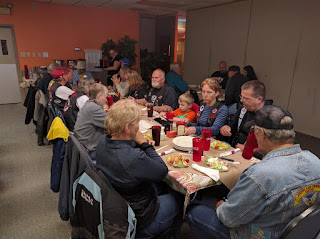 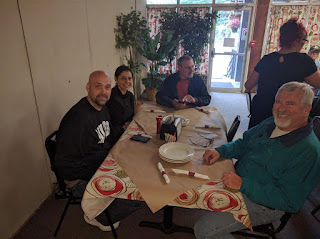 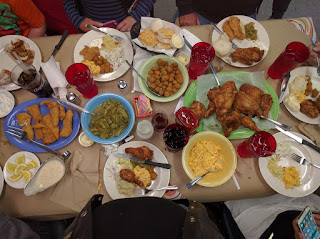 A case of too much food and too little table 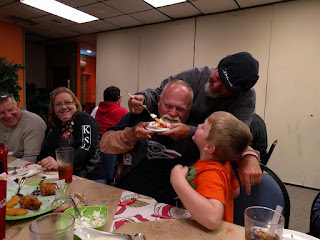 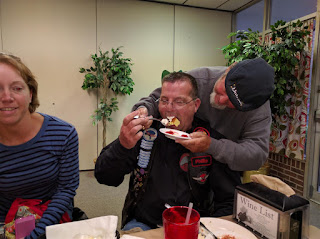 After supper, we went back to the motel and sat outside talking until almost midnight. 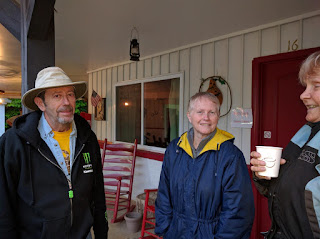 Back at the ranch - Jax, Sandy and Laura 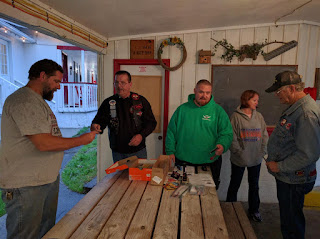 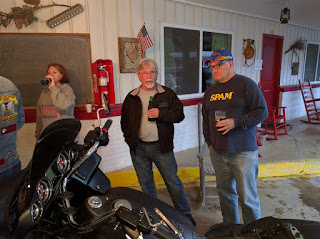 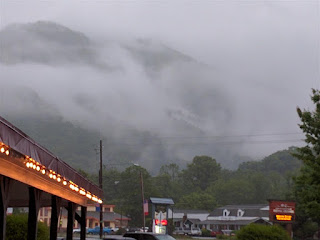 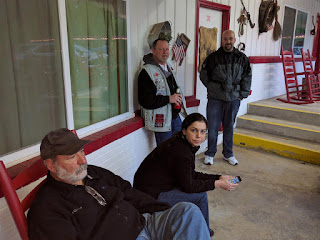 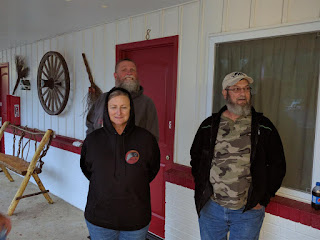 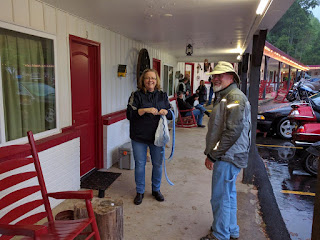 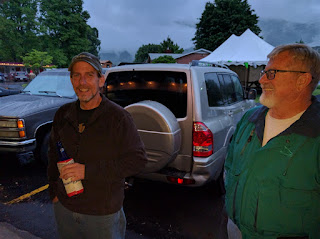