Today was my brother Dave's 62nd birthday. Who would have thought either of us would have lasted this long. Happy Birthday, Rabbi!!

We weren't in as big a hurry this morning since we had 90 miles less to go than yesterday and a time zone change wasn't going to swallow an hour of our available time. Rain was falling as we skipped the full hotel breakfast and hit the road about 7:10 AM. The weather app said it was 64F but felt like 77. That was unusual. I could not remember having left Auburn in the rain ever before.

About a half hour after we started out, the Michigan State Line slipped below us. The V6 engine was working fairly hard against a strong headwind and the transmission decided that sixth gear wasn't a good idea at 65 MPH.

Around 8:15, the rain had let up enough that we could stop at another McDonald's without getting wet. Before we knew it, we were going around Lansing on one of the roughest stretches of highway on the whole trip. We stopped for a bathroom break and fuel stop at the Speedway on Old US 27 in DeWitt before taking US 127 straight north. 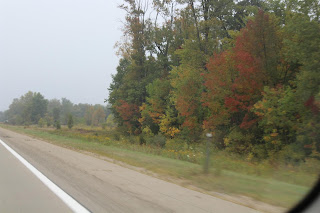 Near Alma, we saw several signs advertising "cider slushies". This must have been a local thing because I had never seen anything like this before. If life hands you lemons, make lemonade but if you have cider, slushies sound like a fine idea. 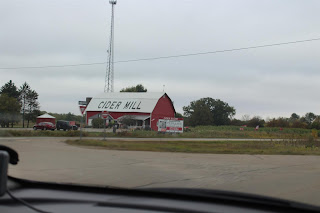 The trip north on US 127 and I-75 was uneventful. The trees were starting to change, which was both pretty and depressing at the same time. Snowmobile billboards told us that we were entering our natural habitat. The wind died down a bit as we crossed the Big Mac (on the steel grating because the paved lane was closed for maintenance as usual). 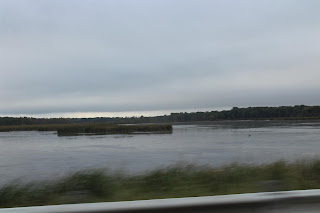 Michigan has some pretty countryside 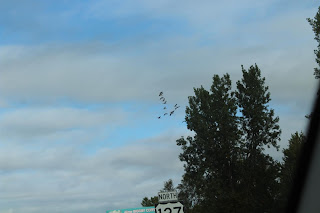 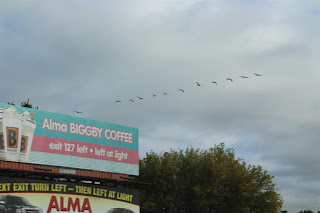 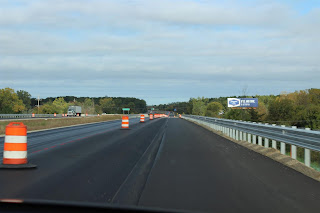 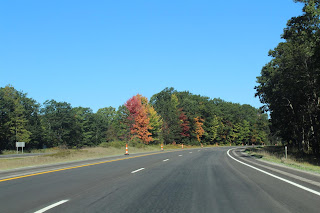 These few trees were particularly striking 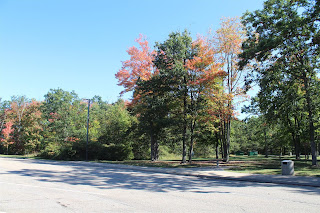 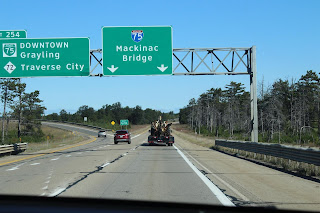 Traffic is light as we continue to the UP 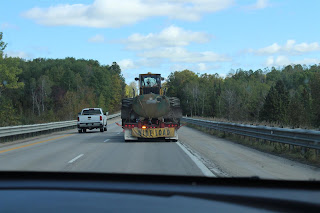 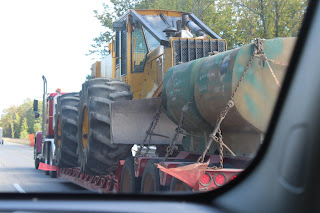 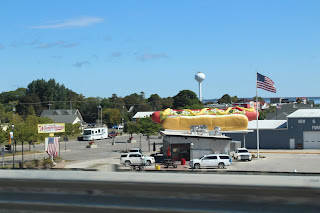 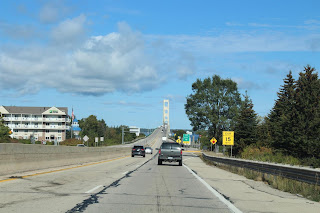 About to leave the Lower Peninsula 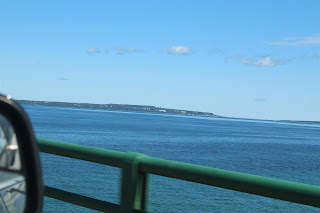 We need to have a night at the Grand Hotel

The BP station at Indian River was now a Marathon but the door still had Blarney Castle etched into the glass. We got one more Mickey D's lunch to go. After reaching Soo, Michigan at 2:30 PM, we took on the last tank of relatively cheaper US gasoline at the Crist station before the International Bridge to Canada. Amid construction work, we crossed the border line at the middle of the bridge at 2:35 and made our way down to the temporary customs booths. There was no line, and, after only a couple of questions, we were free and clear on Canadian soil by 2:40. 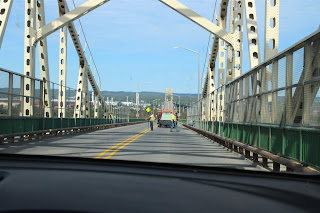 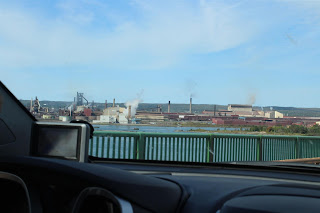 This was the once great Algoma Steel 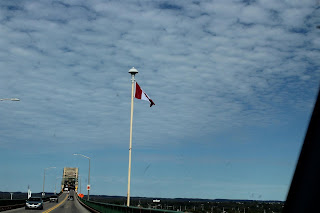 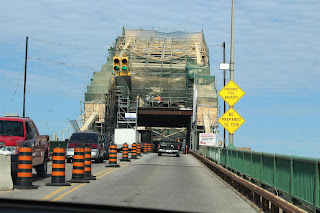 The much bigger construction project 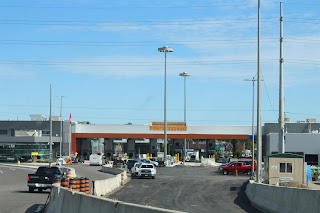 The new booths will be nice (when they are finished) 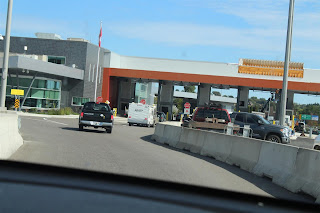 The GPS said we should get home by 7:20 but it still didn't seem to understand 90 KPH zones. I guessed 6:10. We switched our cell phones off and then turned them on again so they could acquire our Canadian provider and then we headed east on Highway 17.

The only thing of real note other than several holdups for construction was a westbound convoy of 1950's vintage cars, most of them towing RV trailers. They were traveling in two's and three's spread out along the north shore. Later Googling revealed precisely nothing about them or their journey. 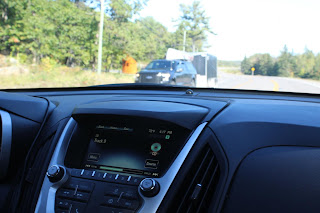 I always wanted a picture of my entertainment centre 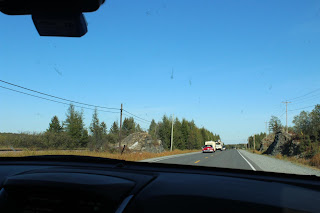 An old Buick towing a trailer

We arrived home at 6:30 PM. I was more accurate than the GPS once again. The bike was unloaded and parked, the trailer was disconnected and all the luggage was brought in before that electronic guide even said we would be home. Sandy commenced doing laundry right away.

We would be back on the road Friday heading for the Outer Banks (OBX) of North Carolina for a week with our friends Linda and Billy Bob and a whole assortment of people they know. Before then, I had bills to pay and Sandy had a house sale to finalize. But it was sort of good to be home for a short while. 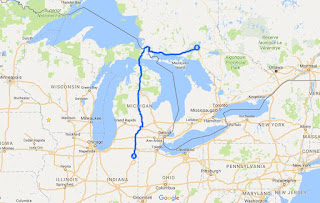 We won’t know most of the people on vacation with us either. We will know you and Sandy, denise and Nic and Denise’s son...that’s it. I am so looking forward to the coming week!