We were up watching the Hurricane Irma news on TV. Our thoughts are with our friends in Florida who were taking steps to deal with the oncoming storm. We were also watching to see if it was going to affect northwestern Arkansas while we are at Eureka Springs.

Rather than go out for breakfast, we went down to the breakfast room where most of the options, as usual, were loaded with carbs. I looked at the biscuits and gravy, bread, bagels and cereal and settled for instant oatmeal, hard boiled eggs and a container of Philadelphia cream cheese. 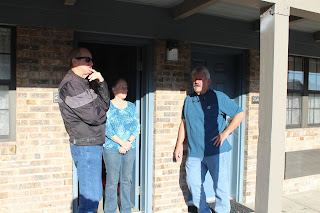 El Nomad and Solo discuss the days plans with Sandy 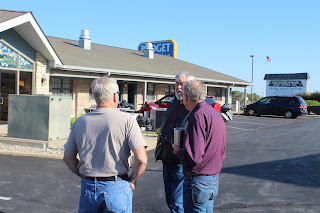 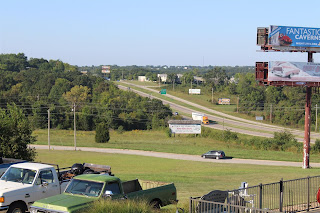 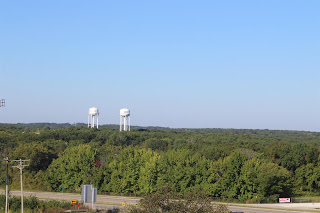 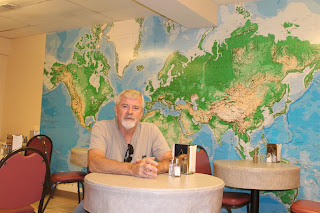 Lanny in the breakfast room at Budget Lodging

Today was a free day with no group rides planned. Lanny headed to St. Louis for a massage to be sure his neck problems did not return. We didn't do much until we decided lunch on at Denny's in Sullivan. I plotted a route there and back that followed the county roads and made a 32 mile round trip into 66 miles.

On the way out, we followed County Road K to Missouri 185 and followed that into town. 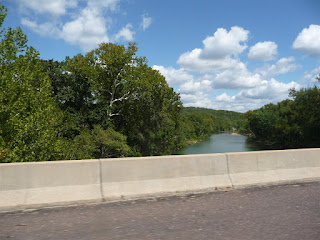 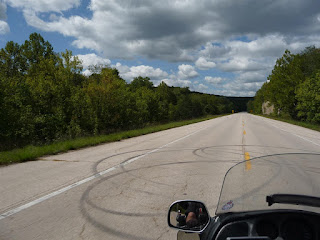 Somebody was having fun here 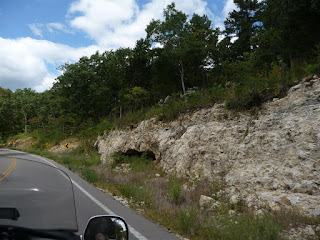 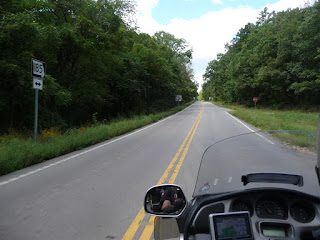 Unlike most places we have been, the service at this Denny's left a lot to be desired. We stood at the door looking at the Please Wait To Be Seated sign as a server walked past us several times without acknowledging our existence. Then someone else arrived and showed us to a table in the largely empty dining room. The girl who ignored us was our server. Sandy ordered a chicken kale salad while Sherm and I ordered prime rib Cobb salads with extra meat. Apparently the extra meat costs a buck in Yuma but they charged over $4.00 here. Still, we enjoyed the food. 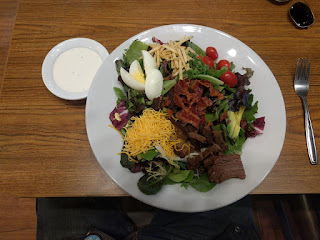 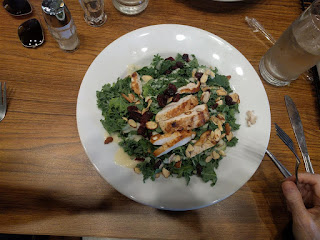 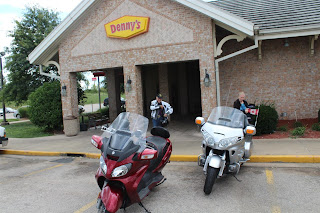 On the way back, we headed back out 185 and, a mile past County Road K, we turned on County Road A. This was another nice windy road that took us to the odd little community of Richwoods and then back to St Clair on Missouri 30. 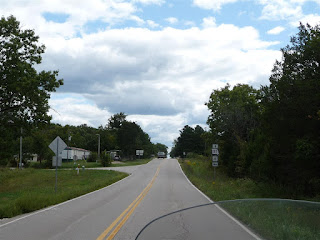 Turning onto County Road A 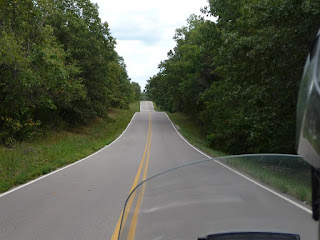 It wasn't as straight as this looks 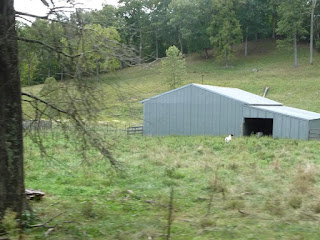 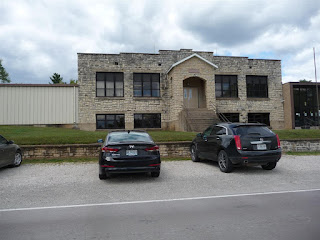 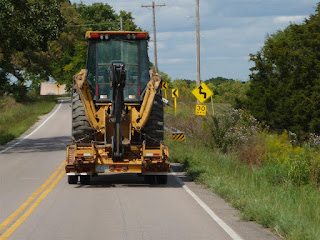 We followed this the rest of the way into St Clair 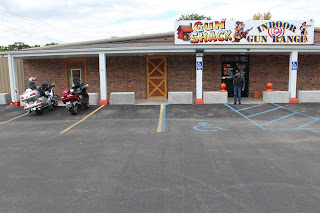 When we got back to the hotel, a few new people had arrived. Solo from Colorado, Wolf from Seattle Washington, plus Ice Cream & Sharon and Rick & Teresa from closer by.

There were a lot of people here with black and white border collies as well because there were competitions nearby. 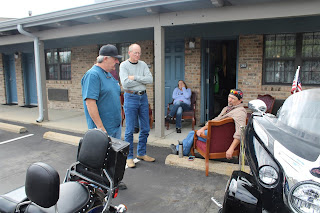 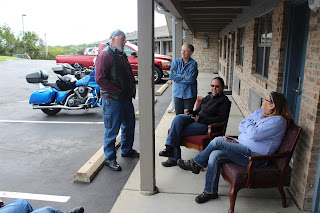 Some of our folks headed to Lewis's for supper but we skipped in favour of our snacks. Wrong Turn and KT, camping in Stanton, showed up at the Lodging just after dark. Then I had some bourbon and went to the meeting room where a tequila tasting session was under way. Good tequila. I managed to get back to the room before I got overly involved. 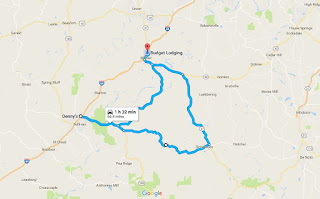