Today was September 25th. Only three months until Christmas. And snow, ice, freezing temperatures and all the other wonderful things that come with winter. It's amazing how my taste for this season has waned with the sale of my last snowmobile. Now I just wish we could go south.

The tropical storm watch was still in effect for us but, from Duck south, it was a storm warning. The latest word was "Hyde County issued a mandatory visitor evacuation order for Ocracoke Island beginning at 5 a.m. Monday." Soon after, Hatteras Island was ordered evacuated as well. Hurricane Maria had slowed and would not be brushing the OBX until late Tuesday. So THEY said, but THEY have been notoriously unreliable lately. And before that, too. In any case, our expedition to Ocracoke tomorrow was definitely on hold. The surf looked about like last evening and the rocking chairs on the decks were still rocking on their own. 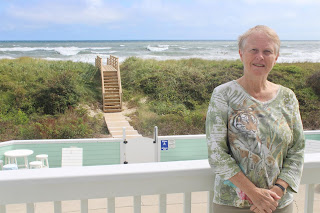 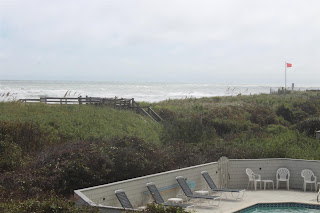 Red flag means stay out of the water

Linda and I both had blogs to catch up. While we were working, we enjoyed sandwiches made with the wide selection of breads and deli meats that Denise had stocked the fridge with. Linda got done blogging before I did and went to the beach with Sandy. I finally finished two days of travels by 2:00 PM. Then the four of us decided to take a walk back over the dunes to the beach. 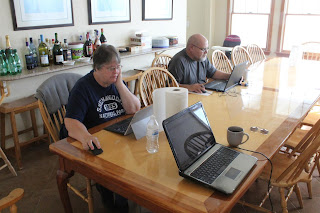 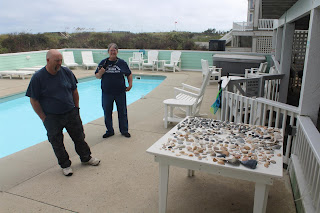 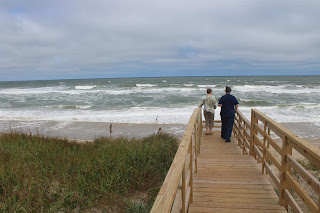 Surf is picking up a bit 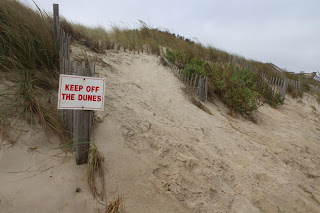 This is an ecologically sensitive area 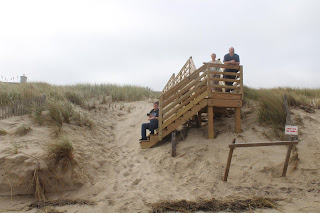 So they have boardwalks built over them 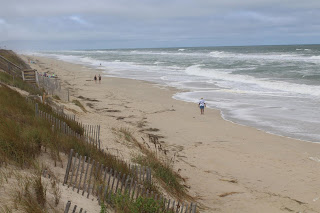 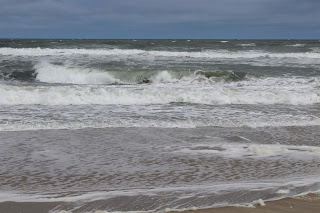 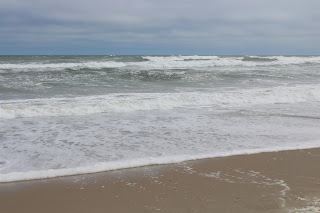 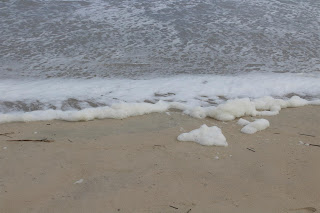 Real sea foam, not the stuff that comes in bottles 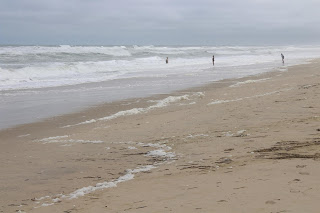 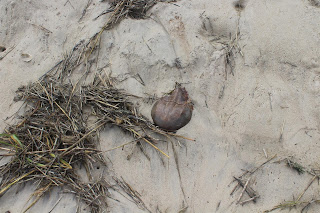 Back at the house, they decided to play Heads Up!. One player selected a category and held the tablet/phone up against their forehead so that they could not see it but everyone else could. A word or phrase would come up on the screen and the person holding the device would try to guess what it was from clues given by the others. It was fun. 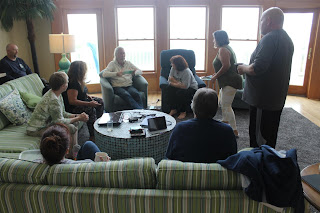 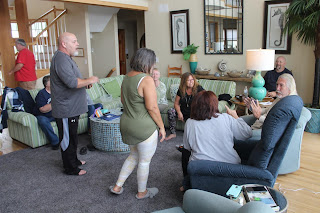 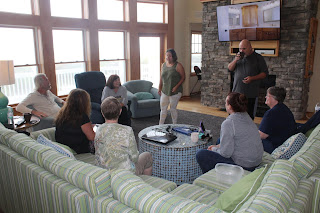 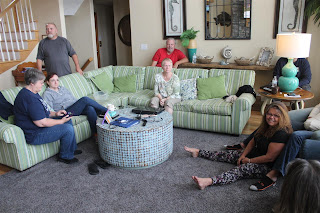 A couple of US Osprey aircraft flew by heading north. We had no warning so there were no pictures. Eric and Alexis arrived with Wrigley, and English bulldog. He was not the most handsome dog but he was friendly. 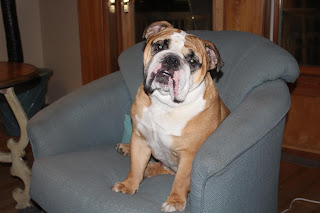 Supper was do it yourself salad (the best kind) and spaghetti with a very good meat sauce and excellent meatballs. After the meal, some settled in to watch Monday Night Football while others settled into the dining room for a round of Cards Against Humanity, "a party game for horrible people". That's what it said on the box. I didn't play but I watched a few rounds which consisted of embarrassed protests and gales of laughter. If it comes up again, I will join in.

As the football game went on and the sounds of merriment came from the dining room, Sandy and I turned in for the night.
Posted by Jim "Skid" Robinson on 9/25/2017