There was a light rain falling when we got up. We slipped down to the Colonial Dining Room for breakfast and saw the two Appalachian hikers again. Heather had huge fluffy pancakes while the rest of us had more normal fare.

We got word yesterday that Ol' Phart Joe had a wreck on US 219 in West Virginia. He and Lost Bob were riding long at 30 MPH when Joe was hit in the head by a large flying wild turkey. Luckily, Joe only received some road rash but the bike went off a steep embankment. They were put up by some kind local folks for the night. I feel a little badly because I suggested 219 to Joe and Bob before they left Maggie Valley. On the bright side,, it could have been much worse. Get well soon, Joe.

Before pulling out, we toured the Natural Bride Toy Museum and the Wax Museum. The Toy Museum just had a collection of toys, although many were in their orgiginal packaging. One of note was a Dale Earnhardt HO electric train set. 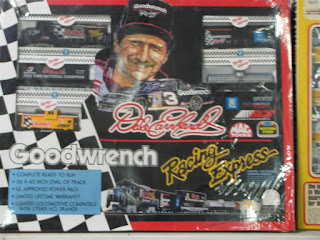 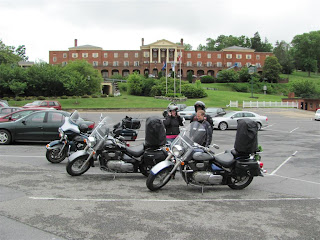 The Natural Bridge Hotel in the background
It wasn't raining when we took the Lee Highway to I-81N, but it was 13C as usual. We rode to Staunton where we stopped for fuel and a Subway lunch. Heather's gloves were soaked and the nice young lady making the sandwiches gave here a bunch of the plastic gloves they wear handling food to put inside her road gloves. this would keep her hands dry while wearing the soaked riding gloves.

A black cruiser with Indian on the tank and a huge Indian fender pulled in. I told Tom it looked like a Vulcan motor and, sure enough, the bike was a Drifter. Moon, the rider, was traveling from New Orleans to D.C. although the bike was registered in Maryland. He had a VROC number but couldn't remember it and hasn't been on the site for a long time. He said most people didn't recognize the Drifter and I said the huge Indian logos might be a reason why.

I phoned R&L and talked to Jim about the cruise control. He said it was probably the clutch or brake interlock switch. Rather than order parts, when it is in next week they will check it out and steal whatever they need from the Wing on the floor. That kind of service is hard to find.

We continued on and eventually got off I-81 to go to Luray. The 116th Infantry Regiment Memorial Highway must be a handful to put on an address label. 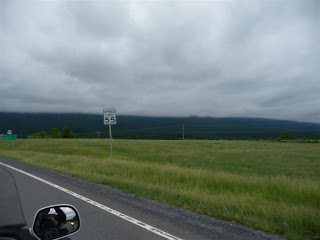 The Skyline is wreathed in clouds
We arrived at Luray Caverns at 2:50, in time for the 3:00 PM tour. In addition to the tour guide, they also provide headsets for detailed descriptions of the different parts of the cavern. With the group assembled, we descended 68 steps. At the lowest part of the caves, you are 160 feet below ground. 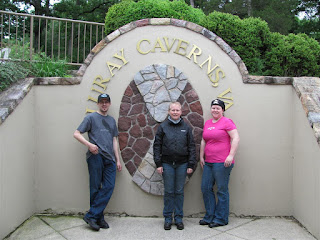 Outside the main building 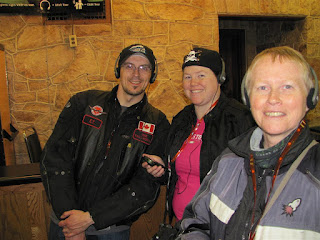 Everybody geared up with headsets 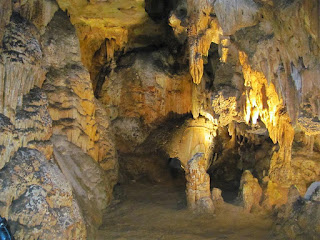 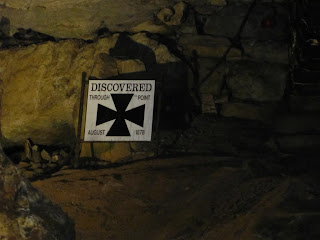 The place the original discoverers entered 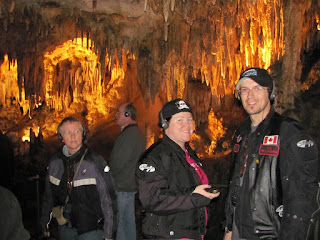 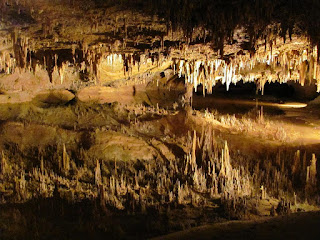 Dream Lake (the apparent valley is a reflection of the roof) 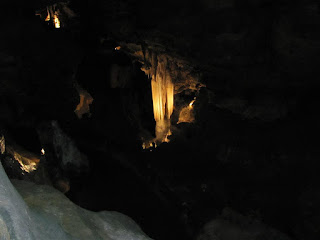 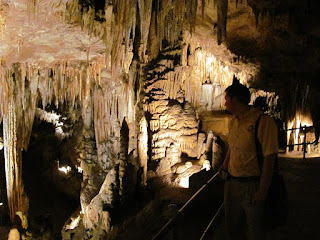 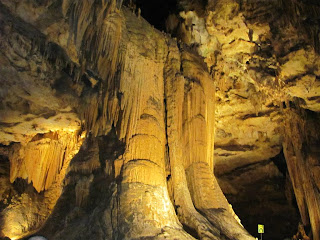 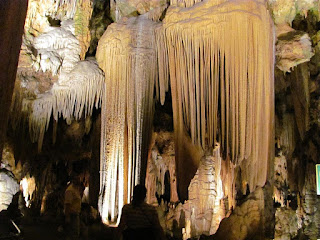 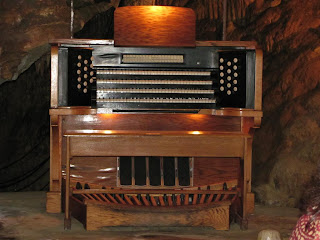 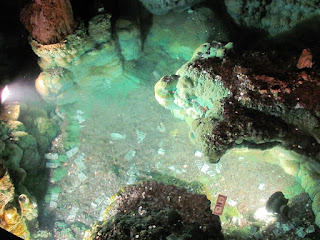 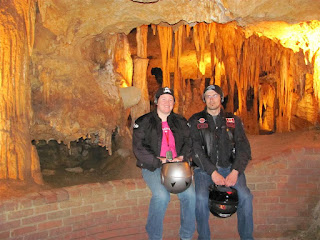 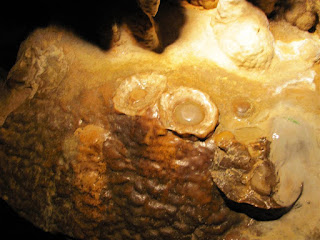 Fried Eggs
After the cavern tour, Heather and Sandy checked out the shops while Tom and I wandered thorough the Car and Carriage Caravan Museum. They have an awesome collection of almost anything on wheels here. 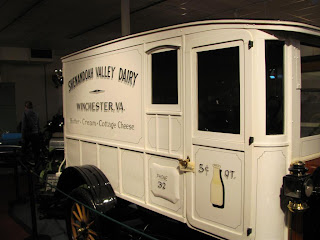 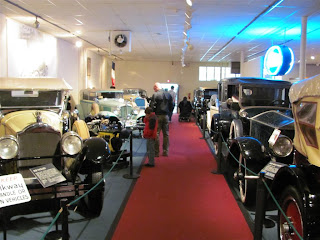 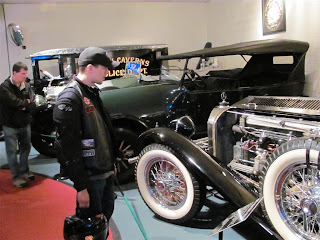 Photos from the Car and Carriage Caravan Museum
From the caverns parking lot, I phoned the Days Inn and talked to Cathy. They had a room and we headed over, with Tom & Heather taking a side trip to get a water tower photo.

We phoned Dominos and ordered two XL thin crust pizzas. Due to a mistake, we didn't realize that they don't make thin crust XL and received regular crust. They offered to send large thin crusts but we said we'd keep what we had. Eating pizza, we watched American Idol where Lee was the best of the show. At least we managed to stay awake until the end of the show this time.