The Days Inn breakfast this morning included some egg & sausage concoctions that were round and could be put on an English muffin. On top of all the usual stuff, this was a nice surprise being able to make my own sausage McMuffin. I guess my tastes are pretty simple and it doesn't take a lot to please me. We were loaded and ready to go at 8:15 but needed to brave downtown Sault Michigan so that Ron could mail a document. 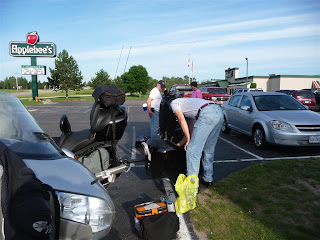 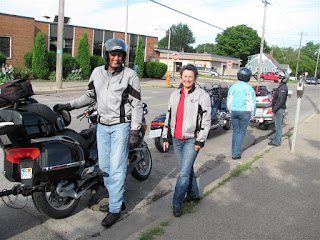 At the Post Office - Sault Ste. Marie Michigan
When I tried to lead the way out of town, every street I tried was closed for construction. I ended up coming right up to the International Bridge and getting back on I-75 for a couple of miles to get clear. We got off and passed our hotel before cutting south to 6 Mile Road and then heading north to the Lake Superior shoreline. Despite every effort of the GPS to route us back to the very boring Michigan 28, we tenaciously clung to the edge of the lake through Bay Mills and into territory that was even new to me. We stopped at an isolated Wayside and checked out the beautiful beach totally devoid of other people. 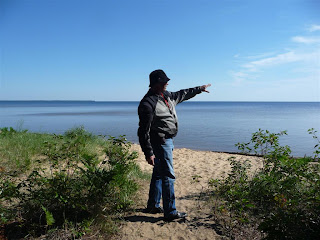 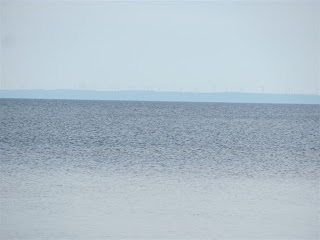 You can just make out the turbines on the skyline 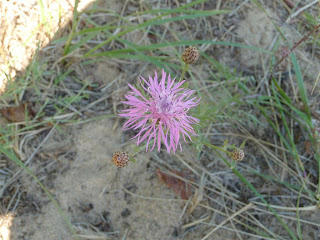 A flower on the beach 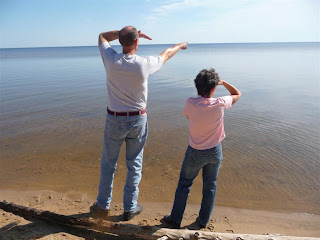 Brad and Judy looking for the other shore
Continuing on, we rode along the shore past Paradise and on to Whitefish Point where we stopped (actually, so did the road) at the Great Lakes Shipwreck Museum. This site pays homage to the vast number of vessels lost on the vast expanse of Lake Superior over the years. They are the custodians of many relics and exhibits including the bell of the Edmund Fitzgerald, which went down in a storm in 1975 with all hands and was immortalized in the great Gordon Lightfoot song. They also described the life of the lighthouse keepers in this lonely spot and the work of the rescue boat crews. We did watch a brief documentary on the loss of Big Fitz in the theatre. Luckily, no large boats have been lost since then. I was surprised to find many of the wrecks over the years resulted from collisions between boats. 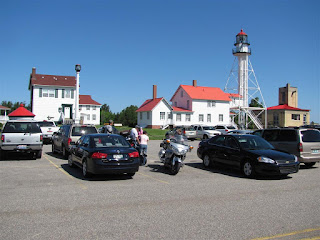 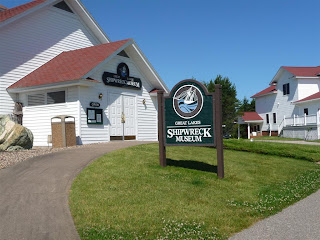 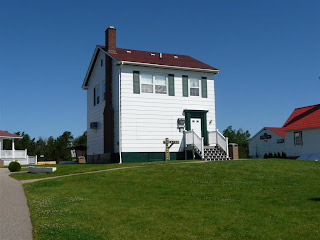 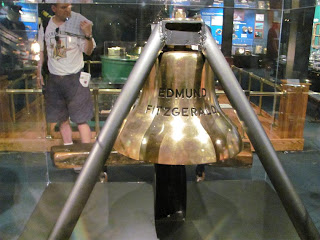 The bell recovered from the Edmund Fitzgerald in 1995 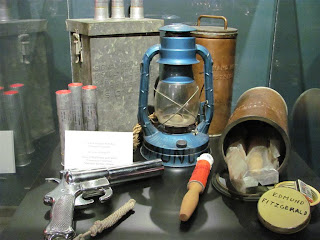 Lifeboat artifacts from the Edmund Fitzgerald 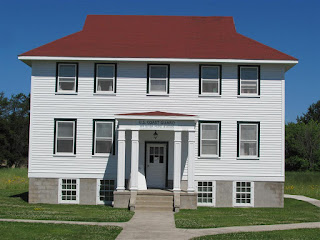 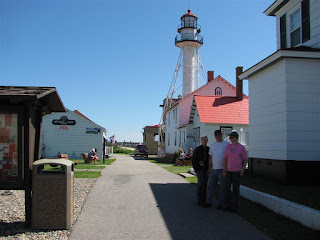 Sandy, Brad and Judy on the way to check out the fudge shop 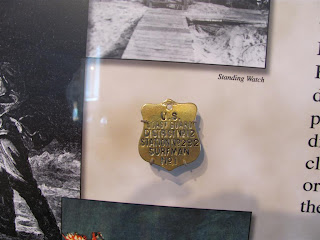 Coast Guard badge (for Sherm) in the lifeboat exhibit 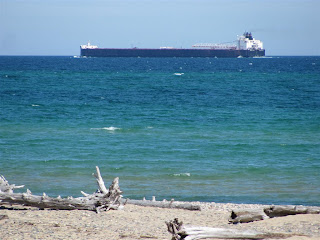 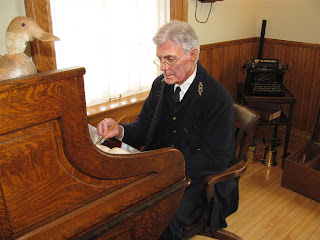 The lighthouse keeper (most lifelike wax figure I have ever seen)
After we left the museum, we rode back down to the town of Paradise where we stopped for a bite at the Little Falls Inn. I had a lumberjack vegetable soup and 1/2 a grilled chicken sandwich, which hit the spot nicely. The drinks were served in mason jars. From there, I called ahead and reserved a room at the Days Inn in Marquette since it was Friday and accommodations could be iffy in a tourist area at this time of year. On the way out, we saw a great T-shirt but it wasn't for sale. We know because Ron tried to buy it. 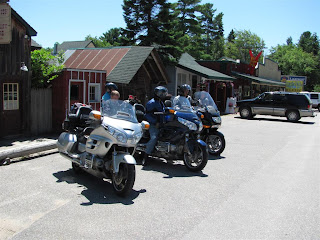 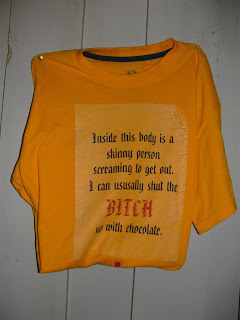 The shirt Ron wanted for Laurie
We rode Michigan 123 to Newberry, skipping a planned visit to Tahquamenon falls. We had a shopping list of things we would like to see but decisions had to be made when faced with the reality of the limited time budget. In Newberry, we turned west on the dreaded M 28, stopping for gas at the Seney Party Store. They had quite the collection of pelts for sale, including bear, coyote, fox, otter, ermine and skunk. Some were completely hollowed out leaving the skin intact all around, a practice I have never seen before. With a fresh load of fuel, we continued on to Munising where the heat require that we stop at the local Dairy Queen for a break. 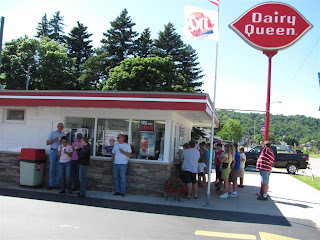 Dairy Queen - Munising Michigan
On the way into Marquette, we stopped at one of the pullouts by the spectacular beaches. The water was warmer than I ever remember Lake Michigan. We also talked to some Minnesota folk who were trying to replace a power steering pump on their RV. Not having anything we could help them with, we wished them luck and continued on our way. 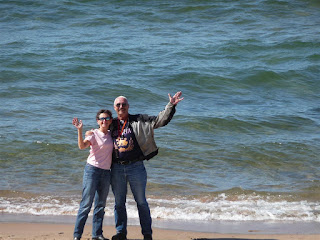 Judy and I on the beach near Marquette Michigan
Arriving at the Days Inn in Marquette, the same place we spent the first night on our trip to Cortez, we were checked in by the same Jaime that looked after us last time. We were also given the same HOG discount because we were on motorcycles. 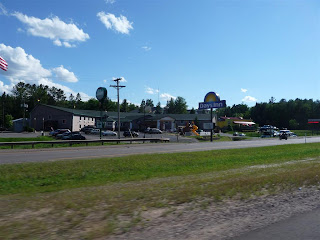 Days Inn - Marquette Michigan
After getting cleaned up, we walked next door to Perkins for supper. While they had beer, the selection wasn't the greatest according to my New England connoisseurs. Still, we survived the meal and then went back to the hotel where we spent some time in the pool and the adults only spa.

I called ahead to the days Inn in Madison to make reservations for tomorrow because it was Saturday night. I spoke to Jackie who remembered me from the last reservation there. It was a funny short circuit because we were in the first hotel from the Colorado/Topaz trip tonight and would be in the last one tomorrow. Jackie said they were all out of regular rooms and upgraded us to king rooms for both nights. Looks like reserving was the right thing to do.

We were off to bed fairly early in anticipation of our ride south tomorrow.