Another beautiful day dawned in the Black Hills. It was 68 F when we got up and they were forecasting 92 in Deadwood with no rain. Today was group ride day and the scheduled leaving time wasn't too early so we went to breakfast in the cafe. I changed up and had a pancake with sides of bacon and sausage. This combination is not in any diet known to man but it was good.

The group gathered and waited for the 10:00 AM departure time. Originally, there were going to be two groups, one fast and one slow, and they were going to each do the route in opposite directions, meeting in the middle for lunch. Instead, Jamey and Trouble decided to have one group with the faster riders in the front. 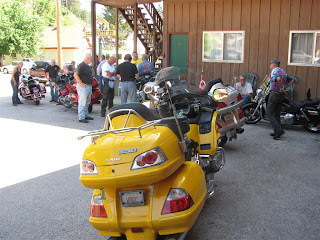 Waiting for the ride to begin 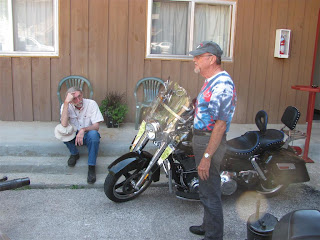 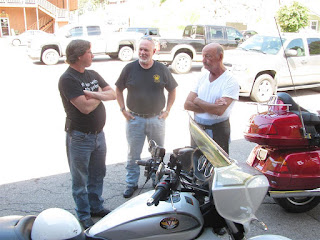 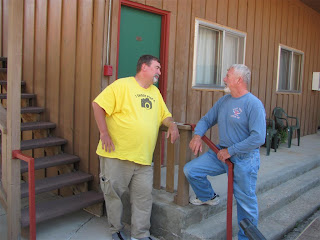 Stewey and Lanny on a lighter note

At 10:00, Jamey led the group up 14a to Lead and on to Spearfish Canyon Road. Shades of yesterday but this time we were travelling at a slower pace. We soon got between a line of cars but all of them pulled off at Spearfish Canyon Lodge. We had no one ahead of us until the group stopped at Bridal Veil Falls, where I saw Mac Guy yesterday. 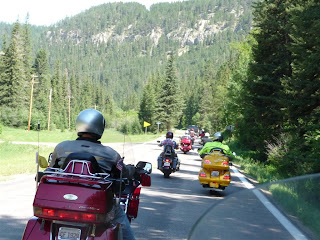 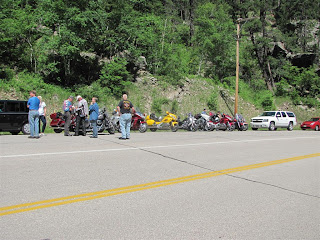 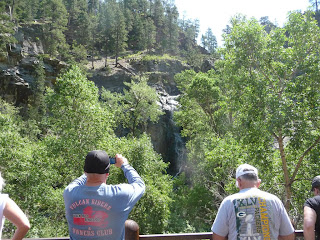 We continued on down to Spearfish where we stopped for fuel and some fluids. The temperature was pushing 100 by this time. 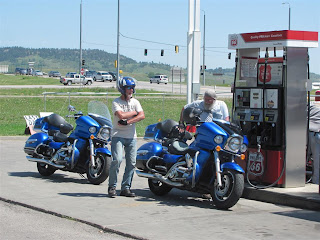 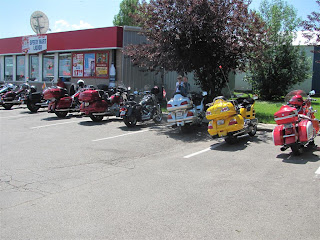 Parked at the convenience store 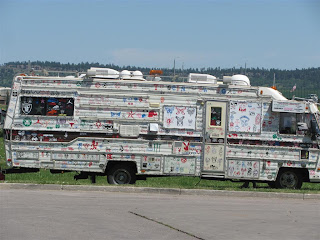 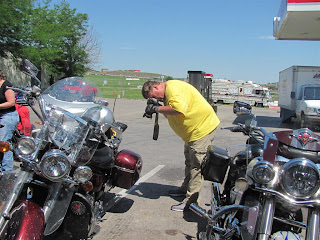 The group then rode out and took US 85 south to the outskirts of Deadwood. Then we rode east on 14A through Boulder Canyon to Sturgis. Both these roads had long high speed sweepers, not my favourite type of curve. Perhaps I mentioned this yesterday. We arrived in Sturgis to find the temperature hovering at 102 F as we rode around looking for parking in front of the Loud American Roadhouse. 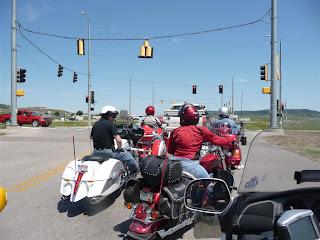 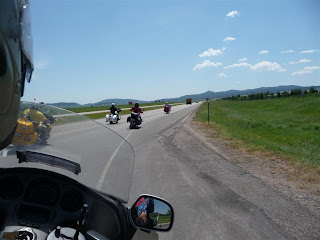 US 85 south to Deadwood 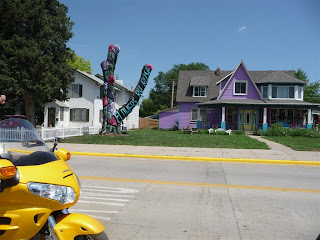 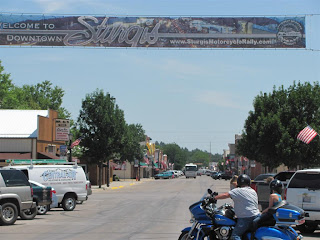 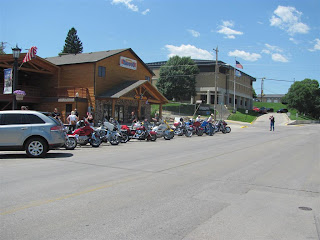 At least we have a few bikes on Main Street 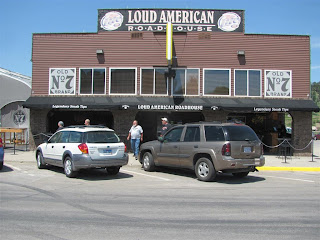 The young lady who served us at the Roadhouse was cheerful and very competent. Sandy ordered chicken strips that were not only tasty, but so huge that she brought two-thirds of lunch back with her. I had a 3 pig sandwich. Picture, if you will, a ciabatta bun with pulled pork (no sauce), bacon, ham and provolone cheese topped with onion. It was one of the best sandwiches I have ever had. The server said they had just added it to the menu. 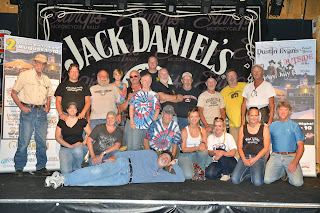 After lunch, some people decided to spend some time shopping in Sturgis while a few decided to ride back to Deadwood. The rest of us headed out for Vanocker Canyon Road south of town to complete the planned route. This a nice road with flowing curves and Jamey led us at a steady pace south to Nemo Road. From there, we retraced our path of two days ago back to 385. The best part was that the paving crews had worked their way further south and we had no delays moving north, back into Deadwood. We avoided downtown by going through Lead on the recently repaved stretch that stopped us two days ago. 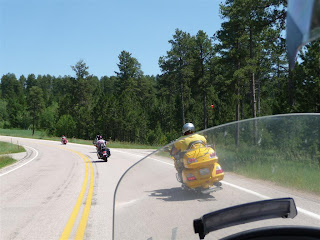 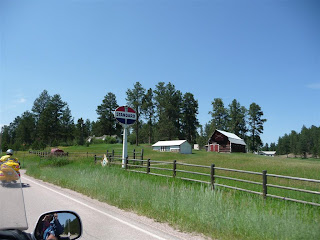 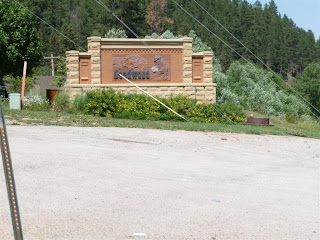 Back in Deadwood again

It was still close to 100 when we got back to the hotel. There was a rush to get into the air conditioning and change from sweat soaked clothes to shorts and other comfortable garb. Tom Miller got back from a blitz run to North Dakota to check riding in that state off his bucket list.

The rest of the crew decided to go downtown to eat but we had enough food left over from lunch so we put the luggage in the truck, hooked up the trailer and loaded the bikes. This was a little more complicated because we had to reconfigure the trailer for two bikes, Then we sat around until the gang came back and we enjoyed the company until we called it a night before 10:00. 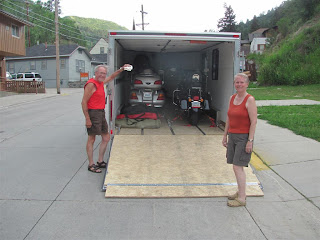 The trailer is loaded

Thanks to Trouble and Jamey for putting this together. It was everything a great VROC rally should be and we'll be back again next year. 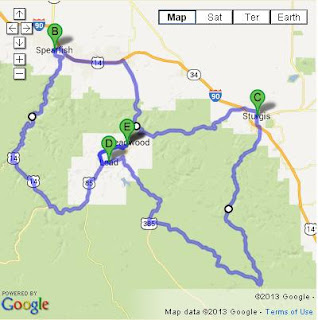