It was time to leave Solvang and we were up early getting the last items packed in the truck. We said goodbye to everyone last night but a few were up and out as early as we were this morning. 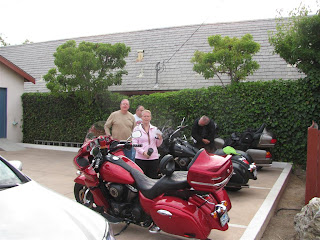 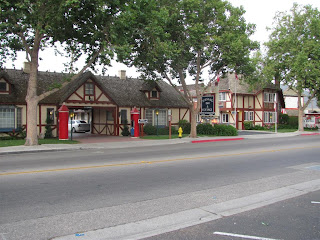 I was told that the bakery opened at 7:00 AM so we were waiting outside at 7:05 AM when it really did let the public in. Several had opted for the full breakfast and given us their coupons so we left with quite a haul. 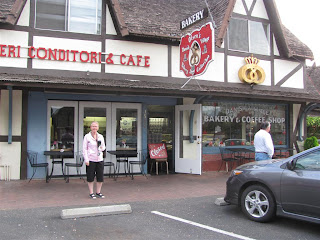 waiting for the bakery to open

Final goodbyes said again, the three of us got into the truck and headed for Buellton where I topped the truck up at Tom's Market. Sherm figured he got beat because Tom's pricing of refills is significantly less generous than Circle K.

We were southbound on Highway 101 by 7:25. It was very quiet this early on a Sunday morning. I am not a big fan of  the split speed limit here. Cars can go 70 MPH while trucks and vehicles pulling trailers are limited to 55. We reached the coast and followed it south to Ventura, where we headed east on SR 126 through Fillmore to Santa Clarita. Along the way, Wes caught up to us on his Vaquero and gave us a hearty wave before he peeled off. 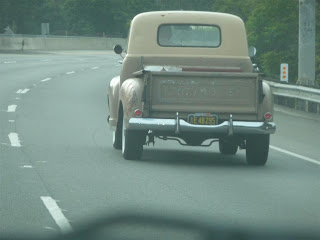 This was everyday transportation 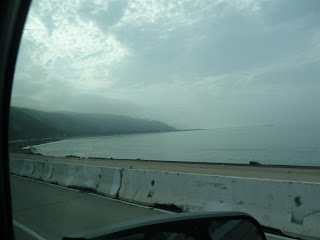 Highway 101 along the coast 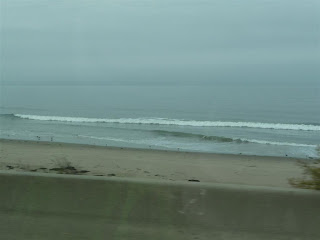 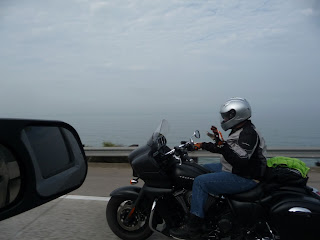 Wes passed us along the way 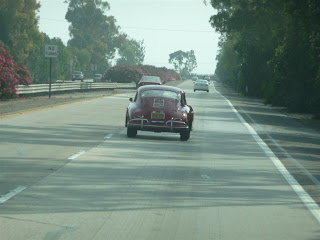 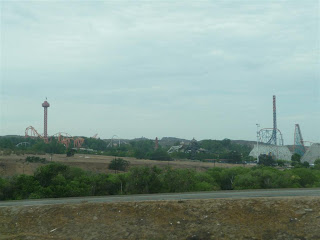 From Santa Clarita, we followed I-5 south and then caught SR 14 northwest to Palmdale, where we again headed due east on the Pearblossom Highway to Victorville and I-15 northeast to Barstow.

On the way out, we had bucked headwinds out of the west. This is the prevailing wind direction and so I look forward to an assist on the way back. Funny how the rare east winds always seem to happen when I am going that direction. And it wasn't a little breeze, it was a stiff wind that kept the truck in 3rd even on level ground. 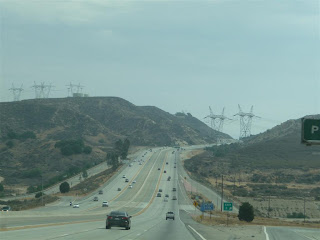 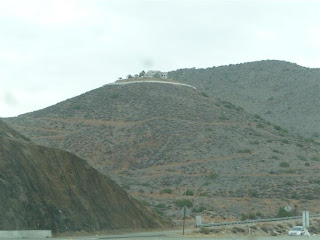 That house on the hill on SR 14 again 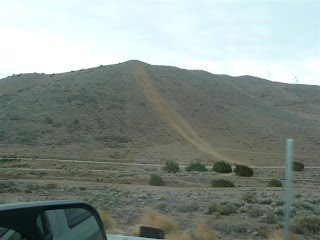 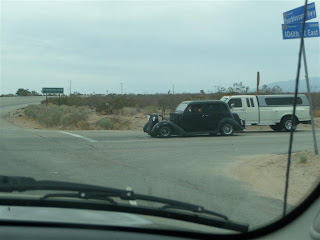 Seen on the Pearblossom Highway 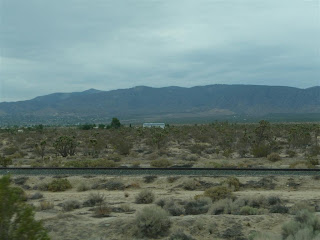 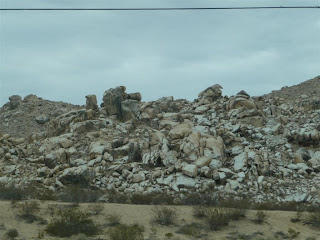 I-15 - the natural rock formations can be very odd

The McDonald's at the station in Barstow didn't appeal to us but the one on I-15 with the truck parking was just the ticket. Sandy and I had our usual while Sherm got a side salad and a chicken sandwich. After throwing the bread away, cutting the chicken up and putting it in the salad, he had a nice low carrb lunch for $3.00. 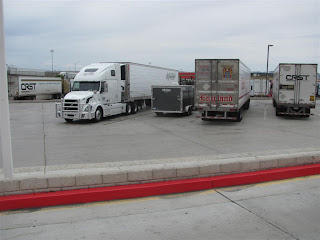 The other McDonald's at Barstow

It was only 89 F in Barstow and, as we pointed ourselves east on I-40, it didn't get much warmer. The wind did not abate most of the way and felt like a raging gale when we took a bathroom break at the Ludlow exit. The first Rest Area, which was open earlier in the week, was closed and the one near Needles was in a sad state of disrepair. It did spit a bit of rain on us as we approached the Arizona border, another sign that this is the monsoon season. 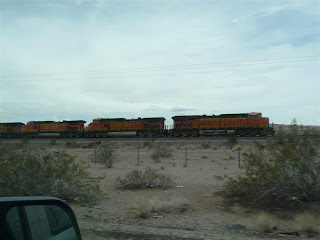 A train photo for our late friend Bob 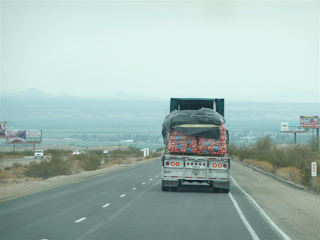 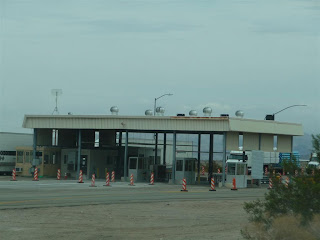 We don't need to be agriculturally inspected leaving the state 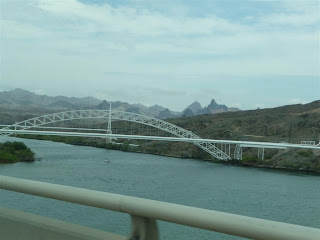 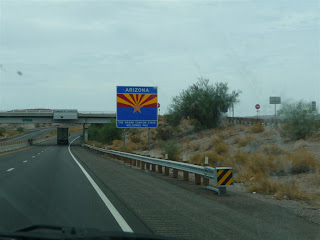 Welcome back to Arizona 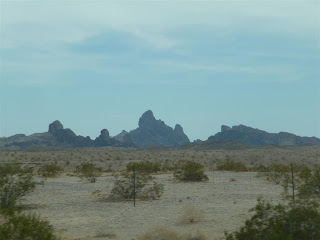 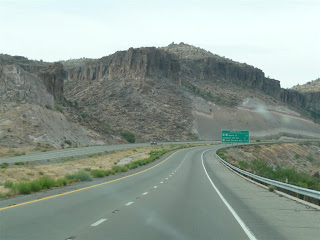 As we approached Stockton Hill Road in Kingman about 4:25 PM, we saw a wrecked semi on the westbound side and a long line of vehicles waiting to get through. 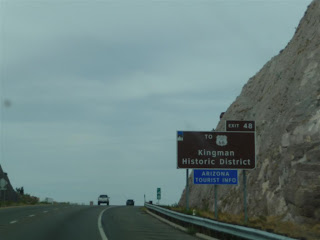 And we are here

At the house, we unloaded both bikes and then reloaded the Wing in the centre position. This is a lot easier since I got extra threaded aluminum blocks for the Condor chocks so that they don't have to be moved from channel to channel. Then Sherm checked the malfunctioning plug on Sandy's Gerbing electric vest and determined the problem was a broken ground wire in the plug. That will be easy to fix.

Pat made a supper of chicken, yellow squash casserole and cottage cheese. It was excellent and then Kenny and Thelma came over for pie. I finished posting the receipts and was able to figure out who owed who what after two weeks of sharing travel expenses.

I went to bed about 9:00 PM, remembering that this was midnight back home and I would be there soon. 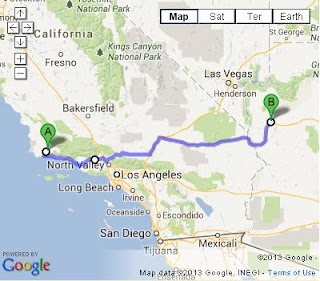