The day started with overcast skies and 64F temperature. The radar showed light rain to the south but it was breaking up as we watched. There appeared to be a more serious system southeast of Asheville but we weren't going there today. 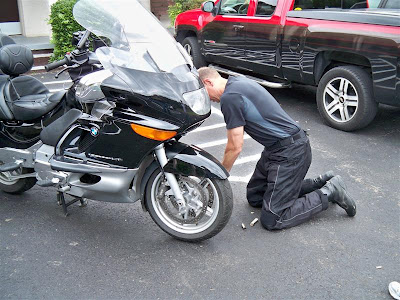 Brad says a prayer to the BMW gods
We fueled and were rolling by 8:30, taking the wild climb up to the Parkway on the super-elevated curves of US 60. Once on top, it appeared we had the Parkway to ourselves. The first comfort stop was at the Peaks of Otter visitor center. There are a lot of things here named for otters. The first thing we saw there was yet another deer in the parking lot. 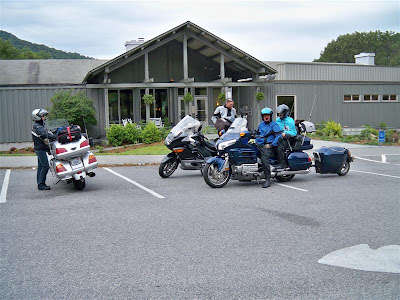 Stopped at the peaks of Otter
From there, we continued on down along the ridge. At some points, you could see down both sides into two valleys at the same time. There was road construction down near Roanoke for about fifteen miles. In one narrow stretch, two slow Harleys from Pennsylvania were reticent to pass a pair of bicycles even when they were waved around. Eventually, they pulled off and we picked up our pace again, running along at about 50 MPH. The overcast started to give way to patches if blue. 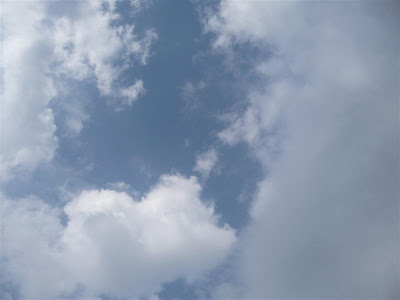 Sandy photographed the blue sky above us 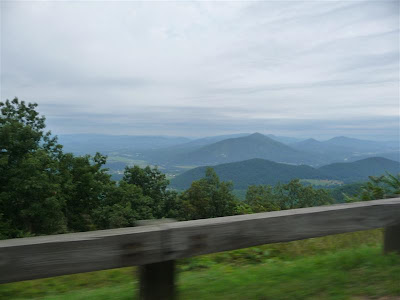 A scene from the Parkway 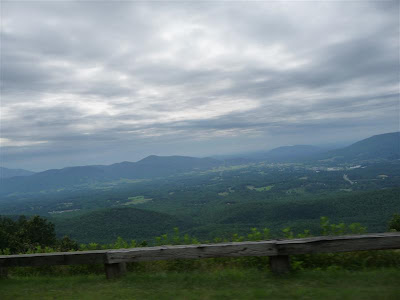 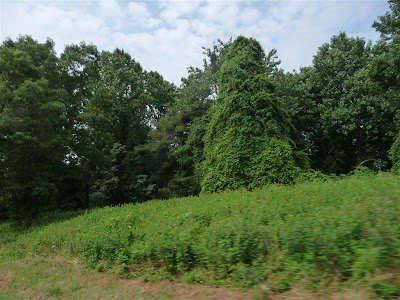 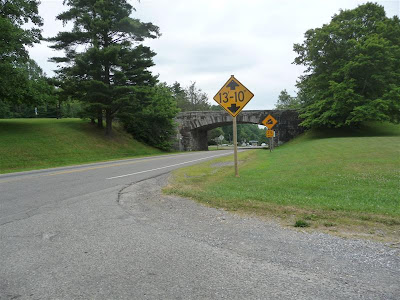 One of the stone Parkway bridges
The only wildlife we saw were a pair of wild turkeys walking across in front of us and one I saw in my rear view mirror that flew across behind Brad. I have a healthy respect for these birds ever since one flew into the side of Sandy and I in Pennsylvania.

Near Mabry Mills, we came up on four slow Harleys who didn't seem to understand the etiquette of letting faster riders past. They continued on when we stopped at the Mills for lunch and a free sample of black cherry preserves. 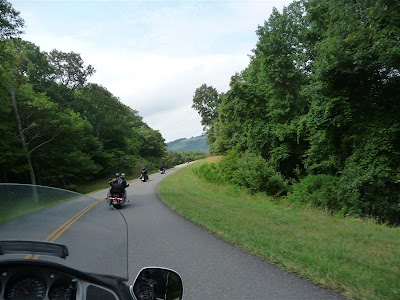 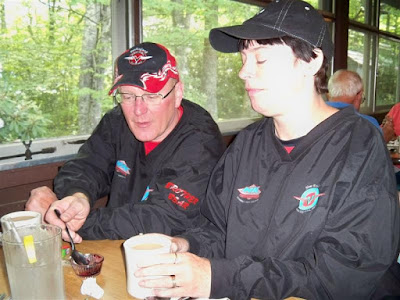 Ron and Laurie sample the black cherry preserves
From Mabry Mills, we continued south. In a tight turn, I heard Judy cheering because she had dragged her boot. That's the right attitude for a passenger to have. We fueled at Fancy Gap and Ron, despite the trailer, took 4.08 gallons compared to my 4.06. Pretty good mileage for towing.

Now in North Carolina, the overcast returned and the skies started spitting on us. We stopped at the Doughton facility and talked to a northbound BMW rider headed for the BMW rally in Johnson City. Mark and John would be there. This fellow was also at Kickstand Lodge for the last two Fred's Birthdays. We also said hello to a couple from Ottawa on a red GL1800.

It started to spit a little harder and we ran in some fog where Ron tells me all he could see were my four way flashers. I could barely make out oncoming traffic until it was beside us. There was a detour down off the Parkway on 221, a new one from the last time I was here. It took us into Boone where we decided to call it a night at a Fairfield Inn.

The Massachusetts couples, Don Kilgour, Jim Soucy and their wives, who we met at our first stop on the Skyline were there as well. Jim makes Harley accessories. They are paralleling our run to Maggie Valley but are not confining themselves to the Parkway.

We walked over to the Fort Christopher Seafood & Steak restaurant for supper. The young server tried to tell us Boone wasn't named for Dan'l. I looked it up after and he was wrong. 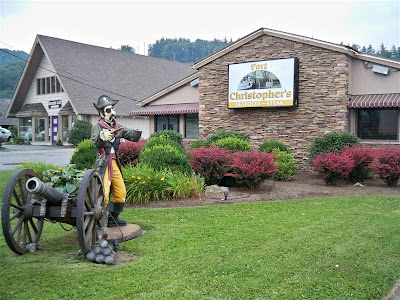 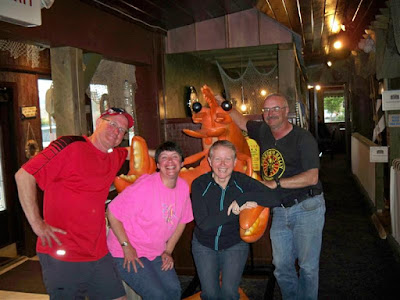 That's one big lobster
After dinner, I got some blogging done. It's a slow process and I didn't get it all caught up.