Today started out at 67F under blue skies. The tire pressures were fine. CNN told us that at 12:34:56 of 7/8/09 all the numbers would line up. Magical times. I had some leg cramps, probably from hiking the Overlook Trail yesterday. 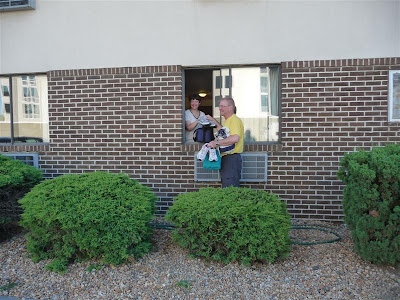 Ron gets his luggage through his room window
We took 522 to Front Royal where we fueled up. Approaching the Skyline Drive, I accidentally took another wrong turn. One bad habit using a GPS is to look at it and disregard traffic signs. Eventually, we got on the Skyline after paying for a National Park Service pass. 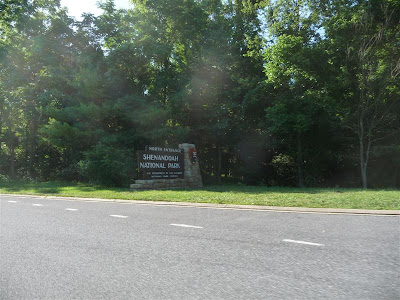 Entrance to the Skyline Drive
At the first lookout, we met two riders from Trois Rivieres Quebec, one on an ST and the other on an FJ. Then, at the Visitor Center, we met two couples from Maine headed for Maggie Valley. We also met a family in a car from St. John New Brunswick and saw a tour bus full of Amish people. Ranger Jay told us to have fun and I told him that was limited by his 35 MPH signs. He told me I could ignore the signs because they need the money:-) Ranger Jay
Further up the road, we stopped at an overlook to add some clothing. Despite our southbound direction, the GPS said we were headed north. Such is the winding nature of the Skyline. 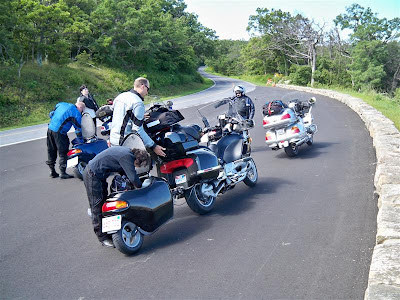 Putting on warmer gear
We continued on down the road with very light traffic at close to the posted 35 MPH. We passed some bicycles, a few of which seemed to want the whole lane. We also got some spectacular views of the valley below and went through a couple of tunnels. At one point I rounded a curve to find a deer standing in the road. A few blasts from my horn and she jumped a stone wall and vanished. 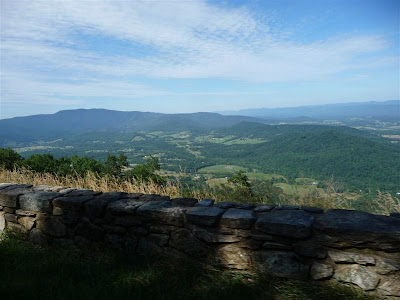 View from an overlook 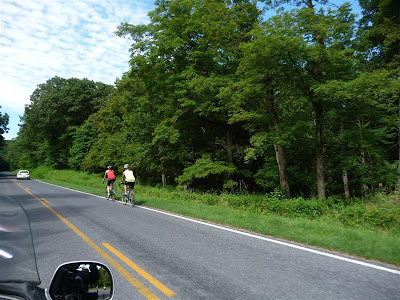 Bicycles on the Skyline 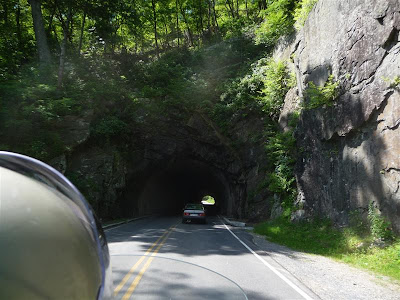 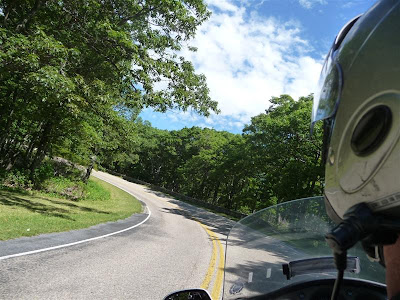 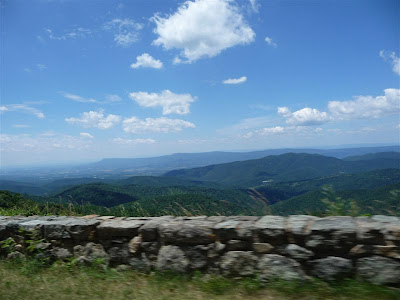 Another overlook
We stopped at Skyland Resort but they weren't serving lunch until noon. We continued on and stopped at The Meadows where we had a bite to eat. Ron took a little nap before lunch and Sandy got pictures of several deer near the parking lot. We met a couple from Louisiana who had just picked up a Wing trike in Omaha, Nebraska and were taking the long way home. After lunch, I talked to a lady ranger driving an enforcement vehicle and wearing a sidearm. She explained the difference between enforcement rangers and interpretive rangers. 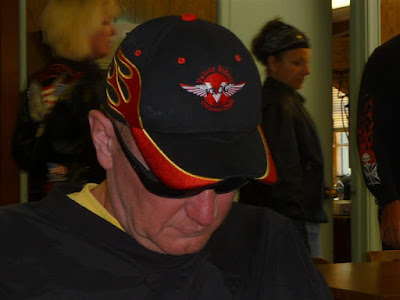 Ron catching a power nap while waiting for lunch 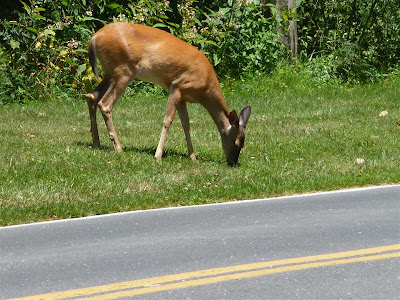 A deer at The Meadows
We kept running into the New Brunswick family all the way down the line.

At the end of the Skyline we descended to Waynesboro for fuel. The town certainly looks like it has seen better days. We got out of there as soon as we could. back up the hill, we took the Blue Ridge Parkway south. The current plan is to cover all 469 miles to Cherokee in the next few days.

On the BRP, I started to get quite tired and my eyes started to fixate on the road. This resulted in some jerky riding and, 50 miles in, we decided to stop in Buena Vista. The ride down the hill to town was wild. I have never seen that many curves that super-elevated. It was a blast.

We checked in at the Buena Vista Motel and the desk jockey told us there was a restaurant a block down within walking distance. Some block. After a mile and a half walk, we had a nice Mexican dinner at Don Tequila's right downtown. 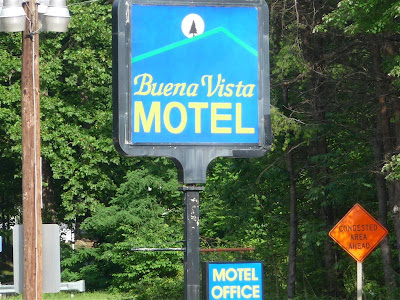 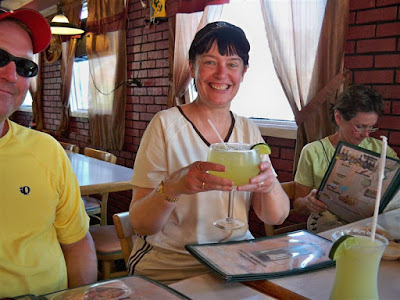 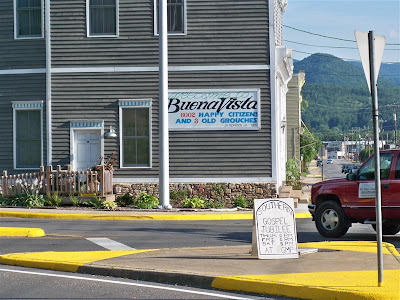 Population of Buena Vista
(after the long walk, make that 9 old grouches)
After supper, we took a shortcut on Ron's GPS. We passed Southern Virginia University, a Mormon based school, but had some trouble because two of the cross streets in the FPS didn't exist. Eventually, though, perseverence won out and we got back to the motel. 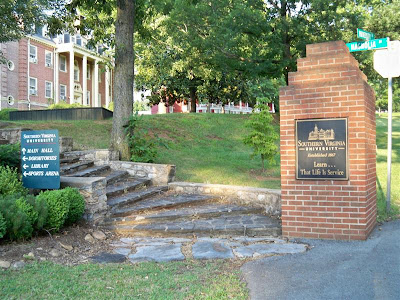 Southern Virginia University gate
Back at the motel, we met two couples from Saskatchewan, Don & Bernie and Ross & Laurie. They are X Riders, members of the VTX Internet club, heading back north to a rally in Bruce Mines, Ontario of all places. We talked quite a while before turning in. Didn't get any useful blogging done today.