We drove from Rapid City to Lead and found the Bedrock Lanes Bowling Alley where Trouble had arranged for us to leave the motorhome during the rally since we would be sharing a motel room with Sherm at ground zero (aka the Kaw Pasture).  I phoned Sherm and, as I was unloading the bike, he and Jamey T showed up in the lot.  We put our hotel gear in Sherm's truck and I followed them back to Jamey and Trouble's place, where we had spent a night last year.

Mal and Yvette also spent last night here and the ladies had a fine breakfast set.  Jamey, Trouble, Mal and Yvette headed out to pre-ride one of the scheduled routes while Sherm, Sandy and I  wandered on down to the Gold Country Inn in Deadwood where the Kaw Pasture and our rooms were located.  Our room, a large one with two queen beds, was ready early so we checked in and got things squared away.  The hotal did not have WiFi but an access point labeled Black was open some of the time and we used it.  When it wasn't available, my Rogers Rocket Stick worked great.

We rested for a while and then Grampa D, Stewey and Ronda showed up at the door. The latter two were staying over at Whistler's Gulch Campground.  Stewey found out the fire alarm outside our door was a little on the sensitive side while we all found out that it takes a lot to cancel a false alarm.

As evening came, we all moved back up the hill to Lead where Trouble cooked a fine feed of burgers and trimmings.  We also found out that potato chip bags blow up like balloons when taken up over 5,000 feet.  We had a great time thanks to the hospitality of our great hosts, Jamey and Trouble.

After supper, those of us staying at the Gold Country (that would be us and Grampa D) went back down the hill where we found Southern Draw, JR and Brandon checked in and wandering around the lot.  JR's lady Condi, a regular VROC poster, was already in bed after a day of riding.  Before too long, we all hit the sack too. 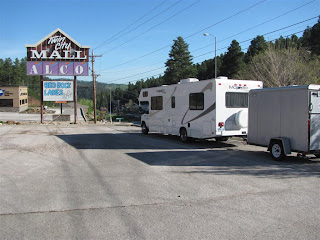 Parked at the Bedrock Lanes 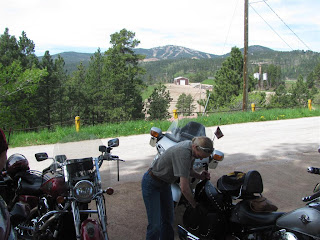 The view from Jamey and Trouble's place - note the snow 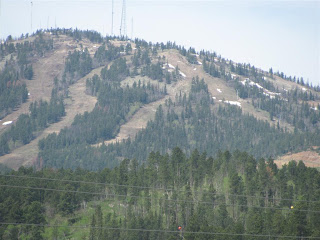 Yes, that is snow 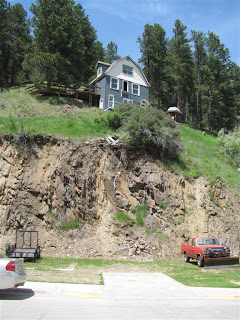 House across from the Gold Country Inn 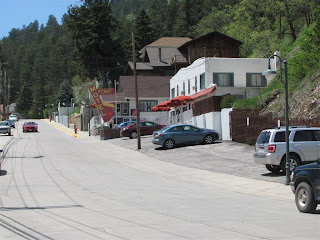 The Penny Motel up the street from Gold Country 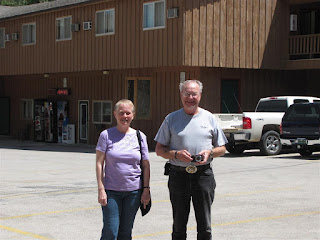 Sandy and Sherm in the Gold Country lot 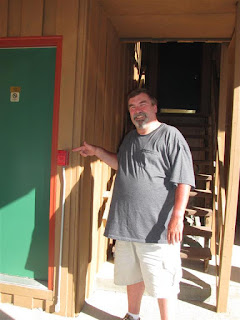 Stewey and the fire alarm 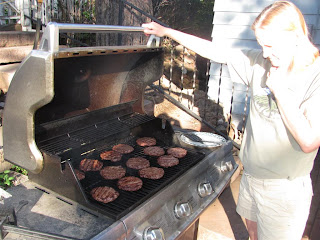 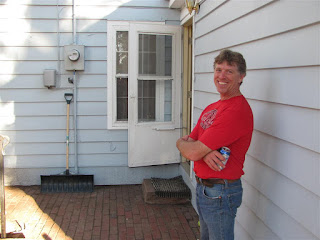 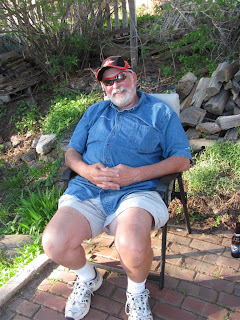 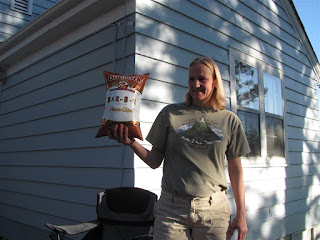 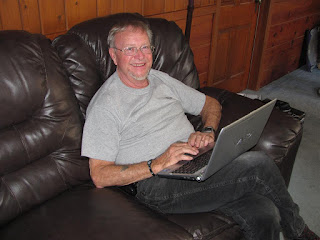 JR, Brandon, Sandy and Sherm at the Gold Country Inn 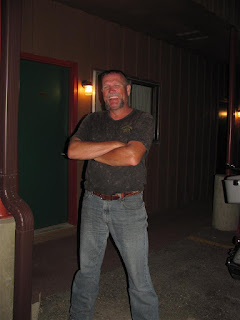 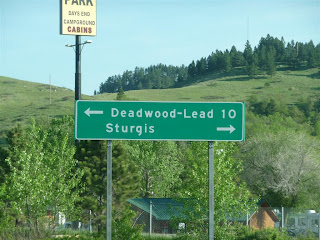 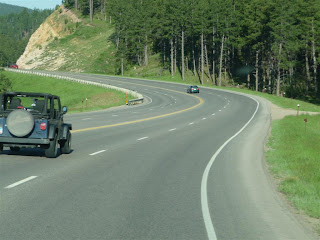 The road to Deadwood 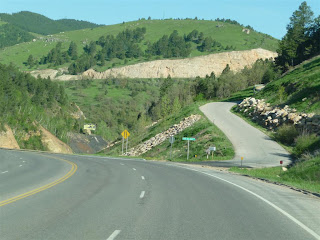 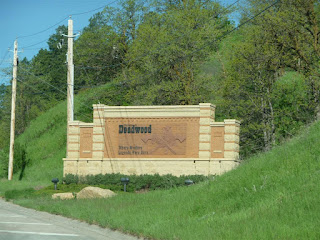 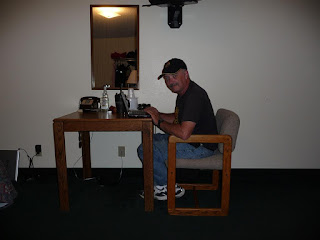 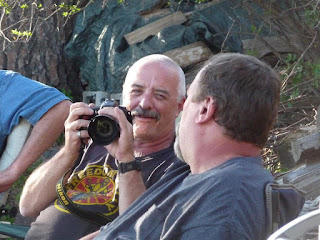 Stewey is teaching me about DSLR's