We left York about 6:40 AM to warnings on the radio that extreme heat was expected from noon until 7:00 PM. They were calling for 105 to 111 degrees and, by 8:00 AM, it was already up to 80. Passing through Omaha, we were notified by signage that the I-680, US 30 and I-29 routes were all closed near the Missouri River while flood abatement intiatives were in progress. We crossed into Iowa on I-80 without a problem.

Along the way, we saw scores of vintage cars bound for what I later found out was a major car show in Des Moines. We got pictures of a couple when we stopped for fuel at a Love's Truckstop near Newton, Iowa, where we only paid $3.32 for 89 octane. I was surprised to see that the big Ford Triton V-10 got 9.1 MPG screaming up and down the Rockies and only got 7.8 across the Nebraska/Iowa plains. Some day, I will figure this thing out.

Not long after the gas stop, the tire pressure monitor started to beep indicating the right outside dually was losing air. I did a quick check to see if it was a false alarm but it looked like the real deal. Not wishing to stop on the side of I-80, I put the four-way flashers on and slowed to 30 MPH, getting off a couple of miles down the road at Exit 197. All that was here was a closed BP station and an out of business tire place. And cornfields. I got out and could hear air rushing out of the tire. It was good the monitor worked because, otherwise, the tire would have lost all the air and, with the inner dually carrying all the weight in this heat, it would have blown and done a lot of damage. I figure this one incident has more than paid for the tire monitor system.

I called Good Sam again and they told me help would be there within an hour. I asked them to send a pair of new tires since duallys need to be matched by circumference and, because they didn't have the Michelins I used, they would be sending Goodyears. I figured to use the good inner Michelin to replace the old Firestone spare on the back. Jake from Morrison Repair in Grinnell was there in less than half an our and had the outer tire off in no time. We aired it up but couldn't find a leak until he touched the rubber valve stem. It looked like the rubber had simply deteriorated and failed. I noted in various on-line discussions that steel stems should be used and had planned to change them when I changed tires. Now I will change them sooner.

Jake found a metal valve stem that fit in his truck and, after breaking the bead on the tire using large hand tools and irons, we replaced it. Then he remounted the tire and filled it. He said, after struggling to get the tire back on the rim, that he would rather do the large semi tires rather than these 16" ones. But he got us back on the road within two hours of the alarm sounding. Thanks again to Good Sam and your network of service providers.

We stopped in Marion, Iowa at a WalMart for a trailer tire and rim. Again they had the right tire but, wonder of wonders, WalMart doesn't sell rims. Wow, what a shortcoming. Now I'll wait until I get home where I am going to scrap all the trailer tires, despite their good tread depth, because they are over five years old. And I will have steel valve stems installed.

It was too late to stop at J&P Cycles in Anamosa, Iowa. I had wanted to try on Tourmaster Solution waterproof riding boots before buying them. We'll have to keep looking. We did stop again at the BP station/Subway near Belmont, Wisconsin. This is where we ate last year on our way back from Nevada but today we got our sandwich to go. I navigated through Madison and we pushed on to Beaver Dam where I fueled and then found the local WalMart. This time, we were the only RV in the lot. It was still humid but not as warm as last night and we were able to connect to Wendy's WiFi.

Since we hit the flatlands, flies have plagued us in the RV. Not a lot, but one at a time is enough to make you nuts at times. The flyswatter is hard to use when driving and, at these temperatures, the insects move as if they are on speed. I guess I should get some flypaper for our peace of mind. We hit the sack knowing we were on track to make it home tomorrow. 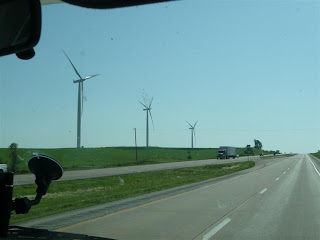 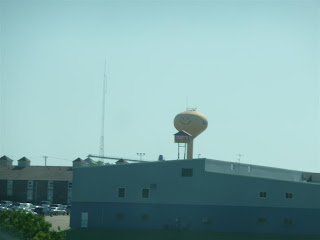 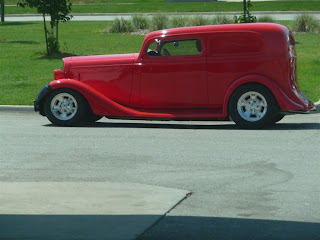 Old vehicles were all headed for Des Moines.... 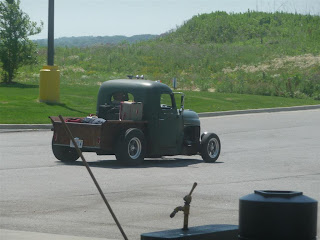 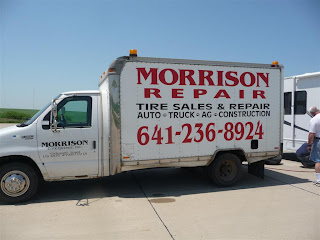 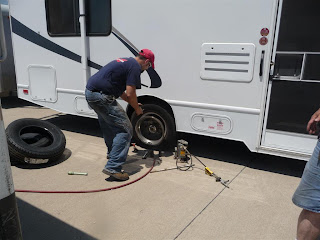 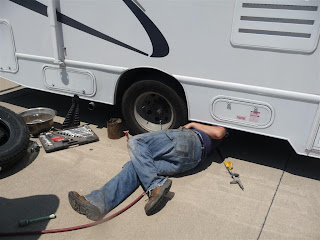 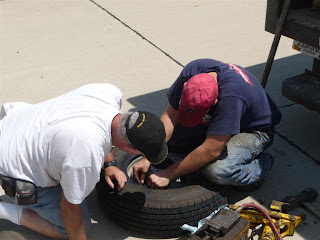 Only a bad valve stem 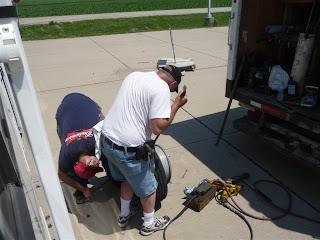 I help with the giant tire irons 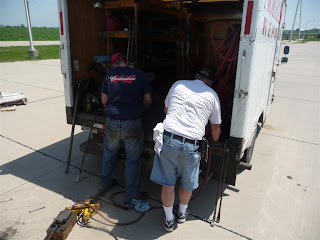 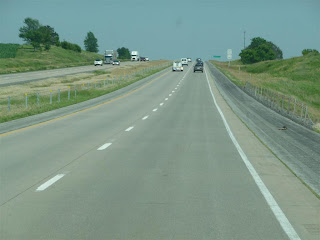 And we're back on the road again 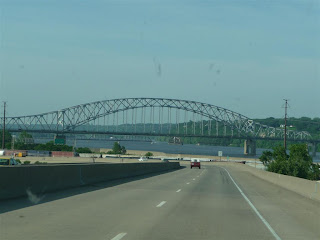 The Mississippi River at Dubuque Iowa 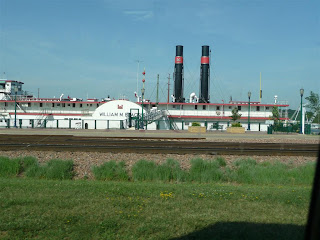 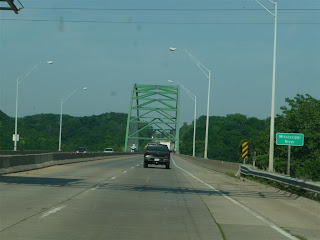 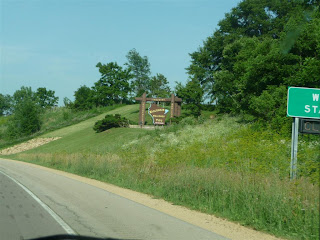 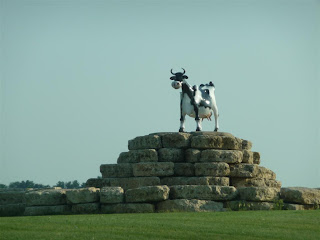 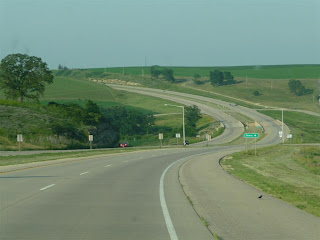 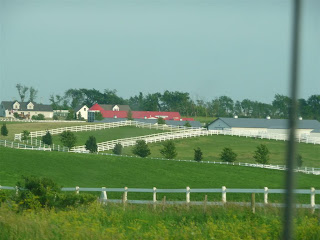 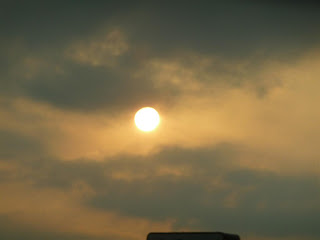