There was dew in the cool Santa Clarita morning  so I scraped a few bugs off the front of the RV.  We headed out towards Fillmore through steep rolling hills, some of which were blanketed with fog (or maybe smog).  We arrived in Fillmore and found Cat and Jim's little neighborhood.  Jacaranda trees along the street were awash with purple blossoms.  Their street, Shady Lane, is only two blocks long and was used for the exterior shots for the HBO series Big Love, so I took a couple of photos of the houses.

Cat and Jim have a very nice house that they have been remodeling.  Cat made us a fine breakfast of eggs, sausage, biscuits and gravy and she let me have a couple of Larry Niven books off the shelf.  The purpose of the visit was to pick up a motorcycle trailer Sherm had bought.  It is unique in that the trailer bed cranks down  flat on the ground to allow easier loading.  Of course, Sherm being Sherm, he couldn't tow an empty trailer so he bought Jim's old Kawasaki Mean Streak, too.  We loaded everything up and headed out for Solvang while Jim and Cat, who are organizing the rally, would be along later in the day. Sherm was in a truck with Oregon plates towing motorcycle with Alberta plates on a trailer with California plates.  Good thing we didn't get stopped.

We reached Highway 101 which ran alongside the Pacific Ocean towards Santa Barbara.  I have now officially piloted the RV from coast to coast.  There was sporadic fog although the marine layer would burn off soon.  The plan was to take the long way up Highway 101 to Buellton but, not being familiar with the area, I let the GPS take us up the hard winding climb on Highway 154.  It was shorter but I didn't save any gas.  Arriving in Solvang, I  put 49.877 gallons in.  This was the lowest I have ever let the tank get.  The price was $3.79, not too bad considering we are in California.

I called the Solvang Inn and Cottages a week ago to see about a place to park the motorhome.  They suggested a dirt area across  the street on the back side of the motel but, as I was checking it out, I saw 45' of curb on the street right behind the cottages.  Done deal.  There were already quite a few people here (relatively speaking) so we said our hellos and then I unloaded the bike and we brought our gear from the RV to the room.  The parking lot was a bit treacherous where they had patched it because the asphalt hadn't cured and was sticky in spots.

The WiFi was limited to the vicinity of the office so we checked in by Rocket Stick from the room and then went and mingled with the early birds.  Solvang is a Danish themed tourist town that is quite quaint and very crowded.  We walked a couple of doors down and had supper at The Little Mermaid with Sherm and Lanny.  Most of the others were already there.  The food was OK but they overcooked the steaks.  After supper, we walked the length of the downtown getting our bearings.  Then it was back to the motel where we socialized in the parking lot until bed time. 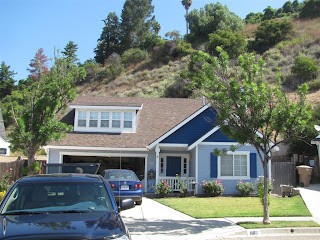 Cat and Jim's house in Fillmore 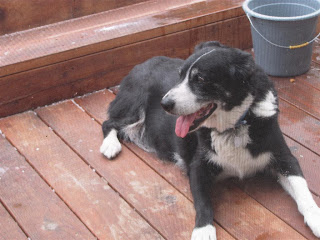 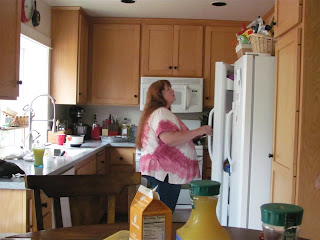 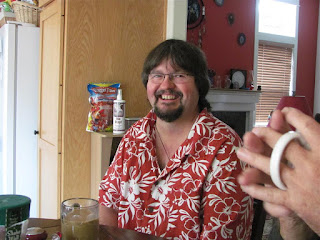 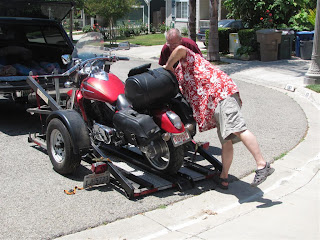 Jim and Sherm loading the bike on the trailer
(we just stopped by to pick up the trailer, but you know Sherm) 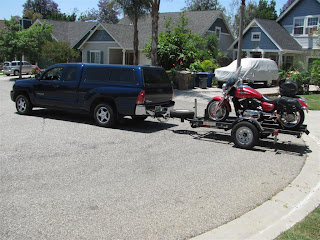 Loaded and ready to go 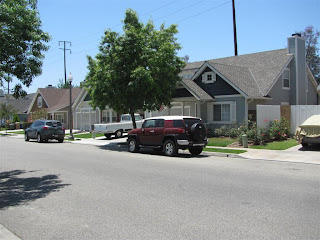 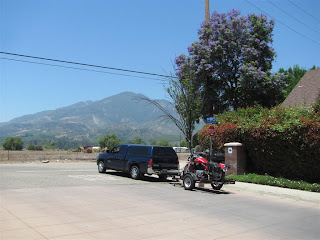 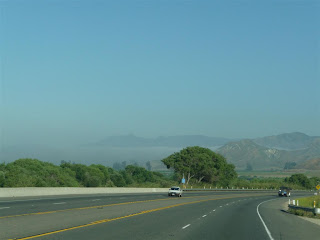 Afternoon fog near the coast 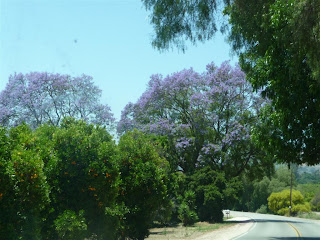 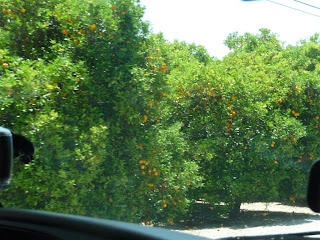 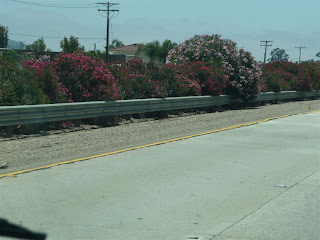 Oleanders in the median 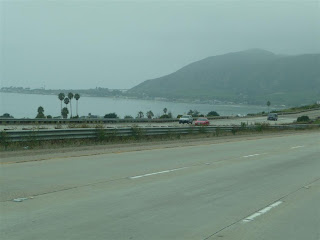 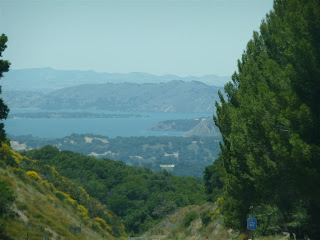 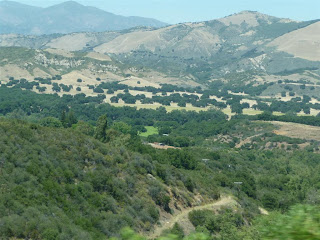 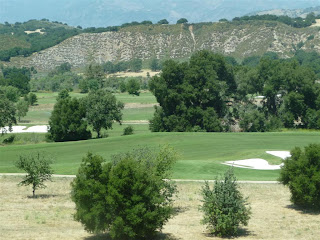 And a golf course 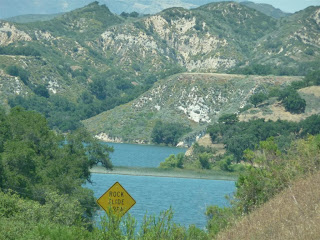 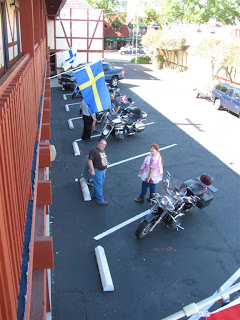 Early arrivals at the Solvang Inn and Cottages 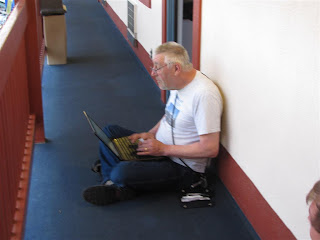 Mongrel in the WiFi zone 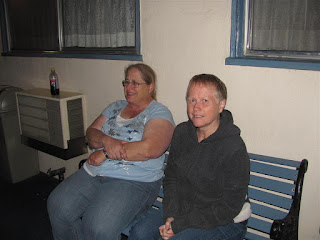 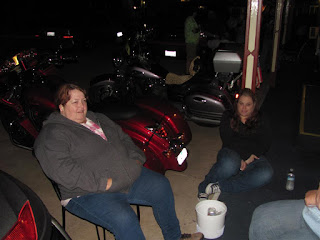 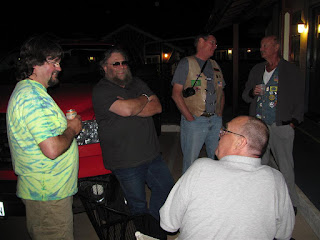 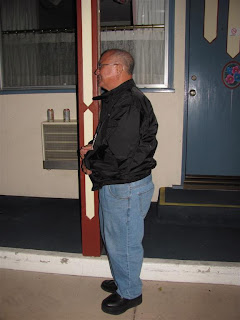