Sherm and Pat made us a fine breakfast this morning that included eggs, really thick bacon, biscuits and gravy. We pulled our gear together and climbed in the car for our visit to the Castle Dome City Ghost Town and Museum. Pat elected not to go with us because she has been there a number of times already.

Heading out of town, Sherm stopped at a gas station to pick up a can of his favourite Rock Star energy drink. He got me a can to try as well. Although I regularly use 5 Hour Energy drinks and am not a fan of the Red Bull type beverages, this wasn't bad.

We left town on US 95, paralleling I-8 for a while through green fields and then swung north towards Quartzsite. Sherm tells me that the little town of Quartzsite hosts one of the largest RV shows in the world during January. 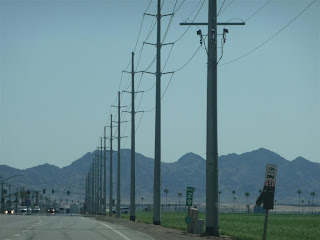 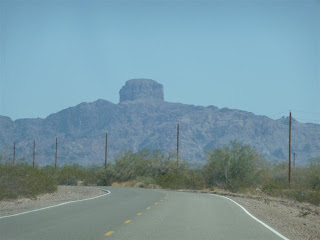 Castle Dome - our destination
We followed US 95 north to mile market 55 and turned off on a paved road. The pavement only lasted three miles and then, without warning, turned to washboard gravel. This was why we were in the car. Had we taken the bikes, the ride would have been rugged and I probably would have spent a week trying to put the pieces back on the Wing. After seven miles of gravel, we arrived at the Castle Dome Mines Museum and Ghost Town. 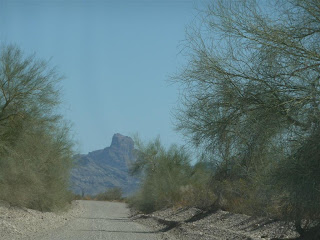 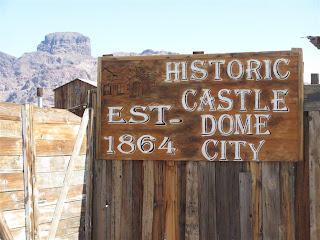 Castle Dome City and Castle Dome
This site is a labour of love for Allen and Stephanie Armstrong, who purchased the land and proceeded to start collecting historical exhibits and memorabilia from the area to preserve it for future generations. At it's peak, there were over 300 operating mines in the Castle Dome District. The Armstrongs are assisted by volunteers who camp out here. I think they are doing a remarkable job and encourage anyone in the area to pay them a visit. 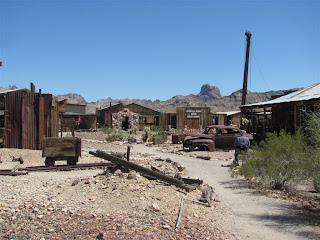 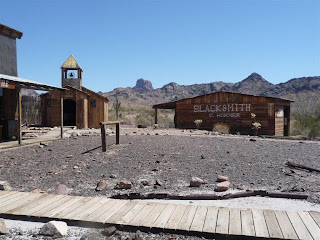 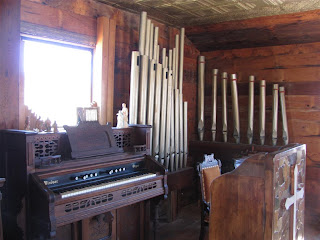 Pipe organ in the church 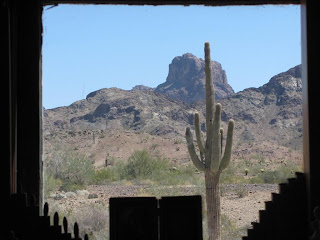 View out the window behind the altar 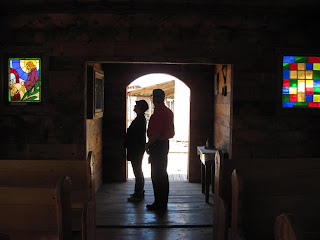 Stained glass is a nice touch 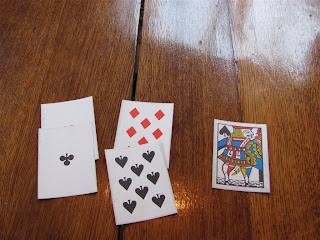 "Dead Man's Hand" in the saloon (a long way from Deadwood) 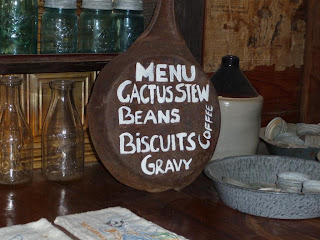 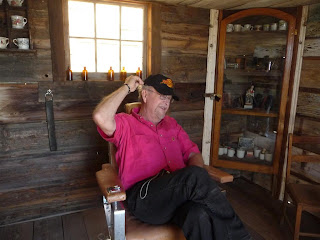 A little off the top, please 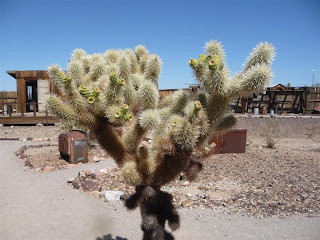 Cholla or "jumping" cactus can stick to a person very easily 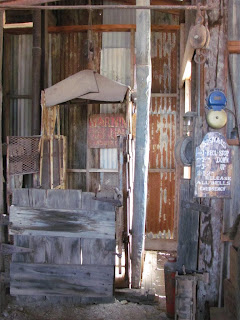 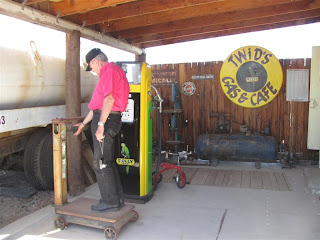 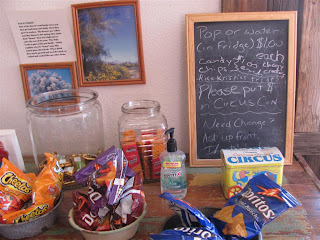 Refreshments are on the honour system 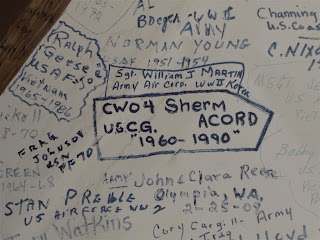 Sherm marked the Veteran's Wall on an earlier visit 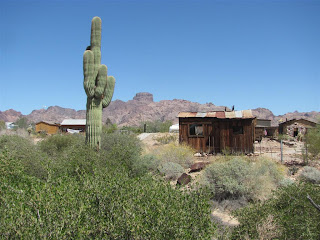 You can't get much more "Arizona" than this
On the way out, we stopped to get a picture of an Ocotillo cactus. 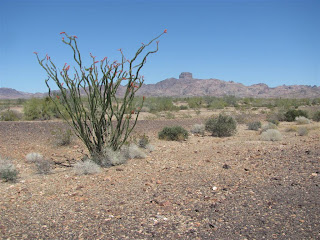 Ocotillo cactus with Castle Dome in the background 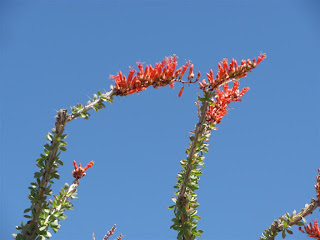 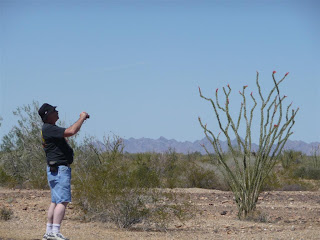 Some tourist type taking pictures of cacti
After bouncing back to US 95, we turned north and drove almost thirty miles to the site of the original Stone Cabin. Sisters Flora and Billy had lived here until their deaths at an advanced age in the 1990's. The contents of their home were on display at Castle Dome City and the stories about them suggest they were exceptional ladies. The original stone cabin, built over 250 years ago by French settlers, lies out back of the current building. We met Randy, from Washington State, who operates this place 24/7 from late October until early April every year. He cooked up some burgers and fries for us and told us some tales of the area as we ate. Thanks for lunch, Sherm. 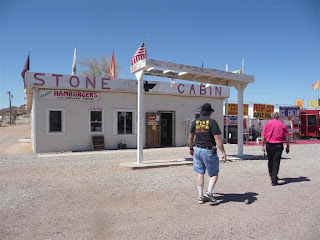 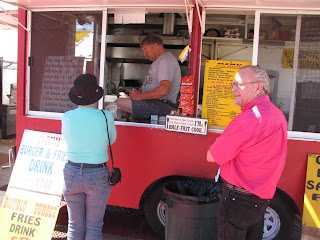 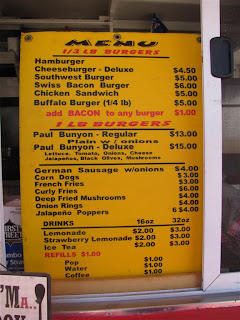 The menu
Well fed, we drove back south on US 95 and took a route back home that took us past the gate of the Yuma Proving Ground and briefly back into California past the Laguna Dam before returning to Lynda Vista.

I checked and recorded the tire tread depths on the RV and, after supper, we visited with Pat and Sherm and had ice cream while I managed to get all my North America maps installed on an external SD card in the Zumo GPS (they were too big to fit in the internal memory). The GPS told me the shortest route home was 2,642 miles but we would be taking a longer route.

Sorry that we would be leaving a nice place and great neighbors in the morning, we turned in about 10:00 PM.

Castle Dome City looks like it is an interesting place to visit. Enjoyed the pictures.