We woke up this morning to the pitter patter of light rain on the roof. It was over by the time we got up but the temperature was only 49F. Still, it was much better than home. We walked across the street to Sherm and Pat's where the old Coast Guard guy made breakfast for us. Pat left for her volunteer job at the local hospice while Teri loaded up the Nomad for her return to the left coast.

Before we left, I met Dennis from Hay River, Northwest Territories. For anyone who follows Ice Pilots, Dennis was a couple of grades behind Buffalo Joe in school.

Sherm, Sandy and I set out to escort Teri to I-8 and make sure she headed west. On the way, we stopped at the Apache Hotel where Sherm's friend Red was fixing the place up. Red wasn't home but his guard dog, a uniquely brindled chihuahua named Bull, greeted us. 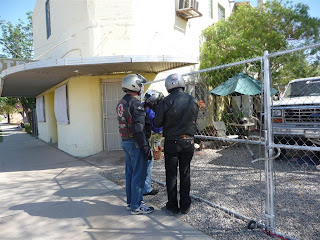 Looking for Red at the Apache Hotel 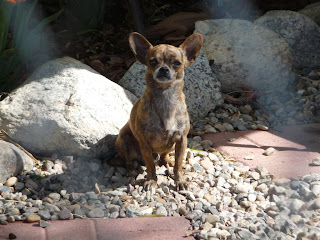 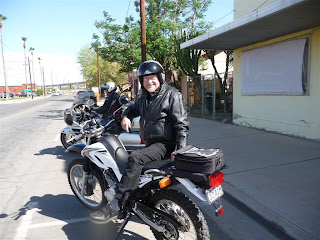 Sherm was riding his dirt bike
We rode across the Ocean to Ocean Highway Bridge across the Colorado River into California and soon encountered an I-8 Interchange, where we said goodbye to Teri. She headed west towards home. Anyone who is interested can check out Accelerate, the on-line publication for the Riders of Kawasaki that she edits.

The rest of us returned to Lynda Vista where I pulled in and found a fork fluid leak from the top of the right tube. Sherm thought it was probably a bad O-ring so I pulled it into his drive and he removed the upper trim to expose the cap. Lucky for us, the cap was loose so we just tightened it and reinstalled the trim. Sherm then got fired up and tackled the two broken bolts from the crash bar. He got one with a pair of pliers but the other was recessed so he went at it with a drill and EZ-Out. We were lucky again because it also came right out. We used the new bolts to put the bar back on and re-attach the trim. While he was doing this, I replaced the fuse in the right side power outlet that I blew back in Sudbury with the heavy duty air compressor. Lastly, I checked the coolant overflow tank, which was fine, and then the bike was good to go. It's great to have friends who know what they are doing with tools. 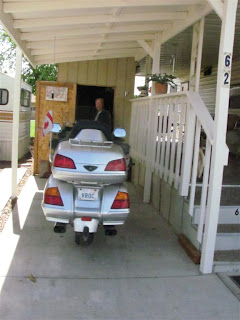 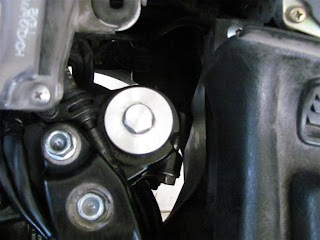 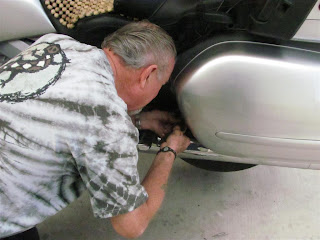 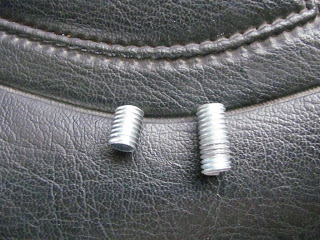 The offending bolts are out
While we were working on the bike, Sandy was doing some organizing in the motorhome. Then she went to Old Town with Wrong Turn and KT to look at rings while I caught up some blog work. The power suddenly shut off and I had to go and play with the 30A outlet to get it back on. This outlet is flaky but it isn't mine. Some guy in a big A pusher behind me plugged into mine when he had trouble with his. So I am plugged into his. There ain't no justice.

Later, we all went to Old Town, a couple of block stretch that used to be downtown Yuma before it grew to 90,000 permanent residents (200,000 including snowbirds). We went to Da Boyz Italian Restaurant. Sandy and I had a plate of sausage sliders and split an eight layer lasagna. Sherm and Pat had the same while Wrong Turn and KT had something else. I thought the lasagna was quite good. 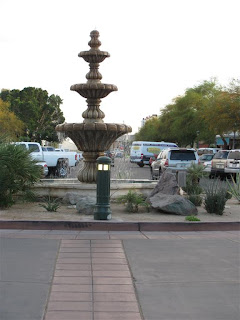 Fountain in the Circle in Yuma Old Town 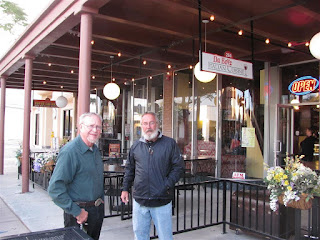 The boys at Da Boyz 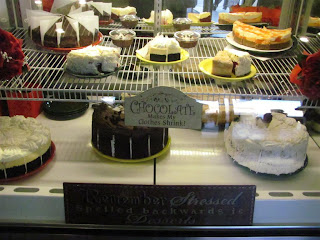 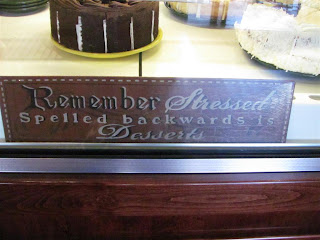 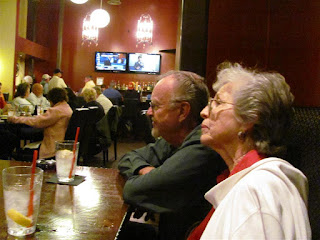 Sherm and Pat waiting for food 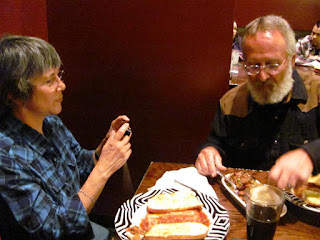 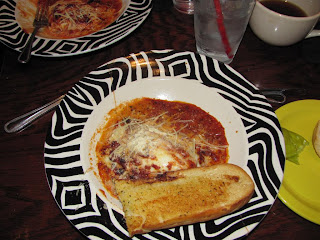 My half order of 8 layer lasagna and garlic bread 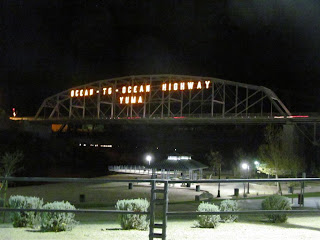 After supper, we stopped by the Ocean to Ocean Highway Bridge
It was a cool night so we headed home and turned in soon after.
Posted by Jim "Skid" Robinson on 3/21/2011