We got unexpected rain overnight. This morning, the streets were wet and a fine drizzle was falling, too light to even register on the radar. We met everyone in the dining room for breakfast. I should point out that the Sudbury Inn provides a fine full breakfast to its guests and we enjoyed it. The ride was to leave at 9:00 AM but we pushed that to 10:00 so I called local rider Kevin and told him of the change. 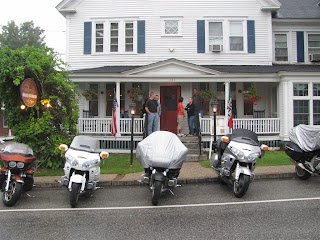 Rain delay at the Sudbury Inn

The drizzle started to ease about 10:00 but we held on because the roads were still wet. Kevin showed up with his daughter Anna on the back accompanied by his buddy Chuck along with his wife Darlene on a second Vulcan. They were surprised that most of the VROC  riders were on non-Vulcan machines. We explained it to him. The Bobcat crew showed up soon after and we finally headed out by 11:00. 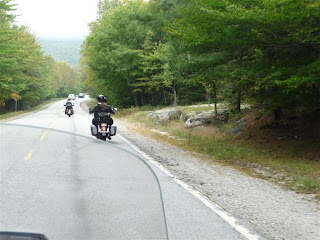 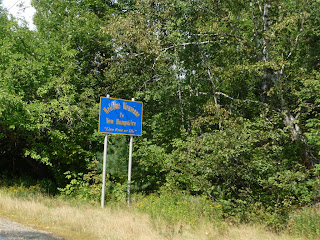 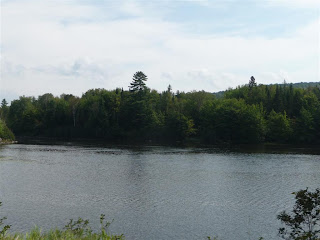 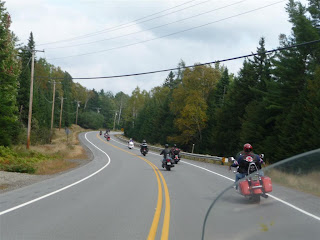 Looking good on the way to Rangeley Maine

Kevin led us up SR 26 through Grafton Notch, where the sun came out,  into New Hampshire at Errol. Then we followed 16 back into Maine and on to Rangeley where we stopped at the Parkside and Main Restaurant for lunch. The girl who served our table was a pretty blonde but we ended up getting served last, so looks aren't everything. 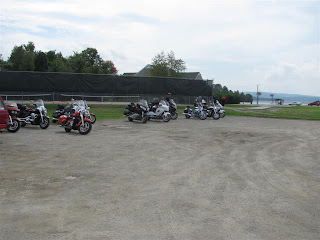 Parked in the park in Rangeley

Ol' Phart had commented that the group seemed to be going a little bit fast on the way up (50 MPH), so U-Turn took over the lead after Rangeley and picked  the pace up. We rode second and had a spirited ride back on 16 to SR 17 and south. We were having fun and enjoying how much the pavement had been improved on this stretch of road. The group stopped for a quick break at the scenic pullout overlooking Lake Mooselookmeguntic where we had spread some of Kilo's (RIP) ashes a few years ago. 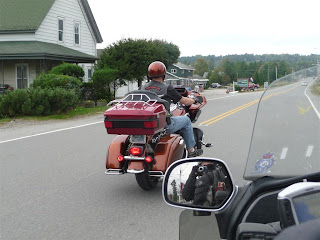 U-Turn leads us out of Rangeley 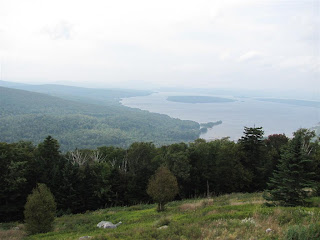 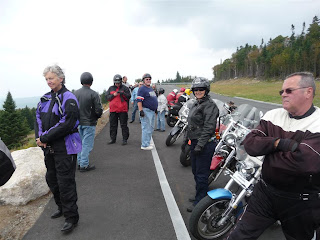 The group at the lookout 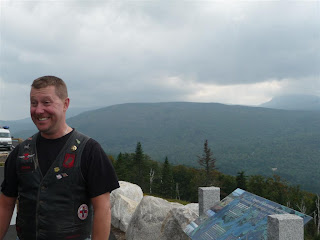 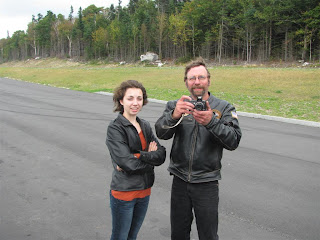 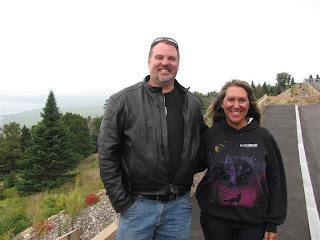 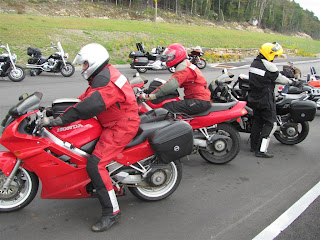 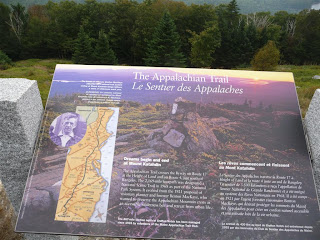 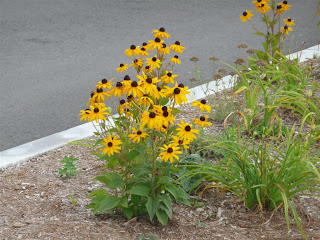 From the lookout, U-Turn led us down to Rumford where, as he rounded a corner and hit a bump, the rack supporting his new Harley trunk broke and the box shifted up on end. As the bike immediately following him, I made preparations for sudden evasive maneuvers while trying to remember if there was a hand signal for "loose bike parts in the road". He stopped before it detached itself and secured it with three bungy cords. There had been discussion earlier, prophetic as it turned out, that there might be a Wompus Rack in his future.

We followed US 2 west towards Bethel with dark clouds ahead of us. Then we came around a curve and the skies were suddenly blue. We arrived back at the Sudbury Inn dry as a bone. Sandy and I loaded the bike in the trailer right away and then went in to join the crew in the bar. The local folk joined us for a while. They seem like really fine people and we look forward to seeing them again. After polishing off an few rounds (Sandy and I both had several pineapple Malibu's), we started talking about supper.

There was a day when we used to take over the whole Inn and had to be seated for supper in shifts to avoid overwhelming the kitchen. Now we only took up two tables and they stuck us in an out-of-the-way corner to avoid scaring the normal people. Sandy had a baked haddock while I had a bacon wrapped filet stuffed with seafood. We shared a cheesecake and an ice cream puff pastry for dessert. 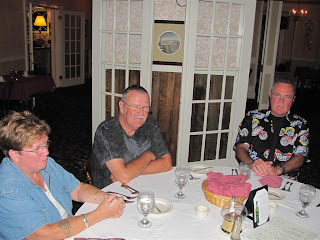 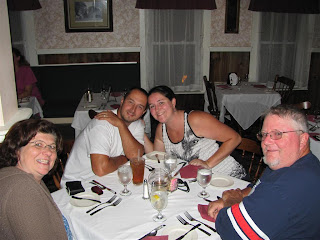 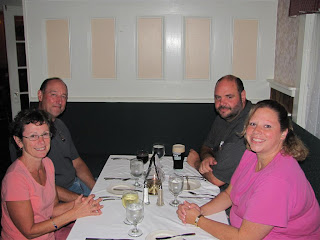 There had been severe storms forecast for this evening and the radar showed a nasty and very organized line bearing down on us. It struck as we were eating supper and, although it didn't do any damage where we were, the street was running water like a river for a while afterwards.

After supper, we adjourned to the pub for a while and then went up to the room to catch the NASCAR race from Richmond. There was a rain delay early on so I turned the TV off and went to sleep.