Sandy did not feel well overnight. We suspected it might have had something to do with the chicken teriyaki/stir fry she had for supper last night.

Today we would be visiting Jerry. He lives in Berlin, New Hampshire (pronounce BURlun) and has a camp on Cedar Pond north of there. We first met him in 1978 after we aborted a ride up Mount Washington due to rear brake failure. He was riding his own GL1000 (licence plate OBABY) when he found us and took us to a friend of his who bled the brake line. We never did get up the mountain but try to visit Jerry whenever we are in these parts. He once rode all the way to Sudbury to pay us a visit as well.

We decided that we wanted to join Ol' Phart for breakfast at the Circle Restaurant in Epsom tomorrow morning, so we booked the room here for another night and unhooked the trailer. With just the truck, we headed north on I-93 to Franconia Notch where we exited the freeway and followed US 3, also known as the Danial Webster Highway, north.

A brief note about Franconia Notch. It is an awesome place. Spectacular rock formations even though the Old Man Of The Mountain is no more. 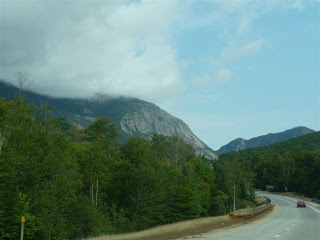 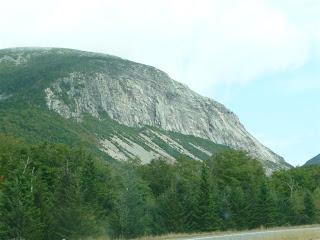 We drove through several small towns on narrow winding roads and I was glad the trailer was back in Concord. I did use the V8 power to squeak by one tanker that was holding us up. Sandy commented that everything in New Hampshire looked old while I suggested that 'rustic' might be a more appropriate word. In  Lancaster, we stopped at a Dunkin Donuts for a bathroom break and some food. 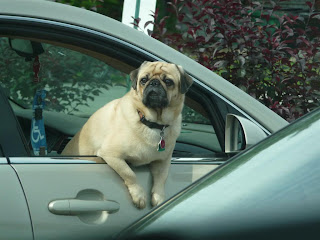 A MIB agent in Lancaster NH?

We continued on to Jerry's camp on Cedar Pond Road. It was a very nice place located on a hill. We spent a few hours catching up and Jerry made a tasty cheese pizza for lunch. It was good to see him again and I swear that he does not change from one visit to the next. 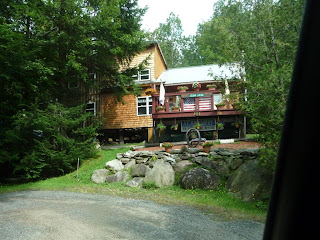 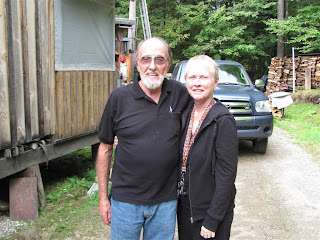 About 2:30, we said our goodbyes and headed back to Concord via the same route we followed on the way up. We stopped again in Lancaster, this time at McDonald's, where I got coffee and Sandy had a real fruit smoothie. Again. I used their WiFi to scout laundromats back in Concord since it was time to wash some clothes. 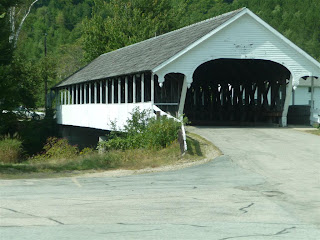 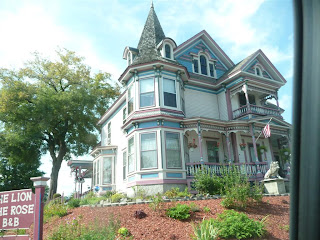 Back in Concord, the GPS led us to the Thirty Pines Laundromat where we did one load in the washer and dryer. Then we headed back to the Days Inn, stopping at the adjacent Irving station to fuel the truck and get a Subway ham and Swiss sandwich to split for supper. 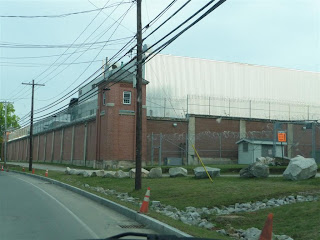 At the hotel, Sandy sorted the clean clothes between our overnight bags and the long term suitcases before hitting the sack, while I got a few blog entries done and met Roger the night clerk while checking on the trailer. Then I turned in as well.