Today I turn 60. Funny but it doesn't feel any different from 59. I am still wondering what I am going to be when I grow up.

It was a refreshing 47F this morning but I was still in my trusty shorts in anticipation of it getting much warmer during the day. We rolled out at 6:40, skipping the continental breakfast and grabbing a standard McDonald's breakfast to go before getting on I-90 West. You would think with all the mentions I give Mickey D's, they would sponsor us or something:-) 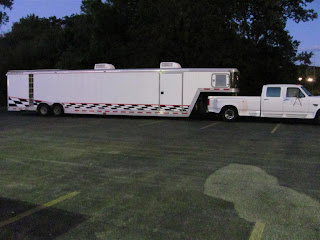 The sun was rising in my rear view mirrors as we reached the Ohio state line and the highway narrowed to one lane each way for some major road reconstruction. I did note that some people do not pull into the next lane for stopped police vehicles. Some even decide to pass on the right as they go by the cruiser. 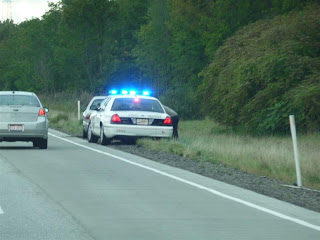 Car not moving over for police

Eleven miles before the I-271 split, the traffic ground to a halt. I wasn't sure if we were looking at construction, an accident or just typical Cleveland rush hour traffic. Regardless, we weren't going to Cleveland so I got off the freeway and headed south on a county road towards Chardon. After resisting repeated efforts by Stubborn Stella the GPS to reroute us back to I-90, we came up with a route that would take us onward to I-271. At the interchange, we made a comfort stop at a tiny Walmart and then continued. 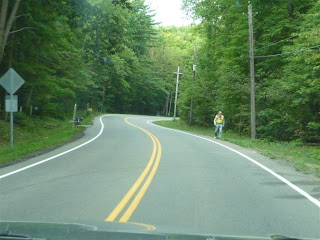 Nice back road near Chardon Ohio 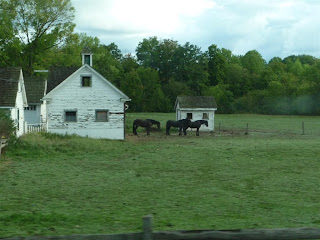 Heading southwest on I-271, we ran out from under the could cover just about Twinsburg. The Cuyahoga River was sporting a light fog as we crossed it. Much better than the days when the river was famous for having caught fire. 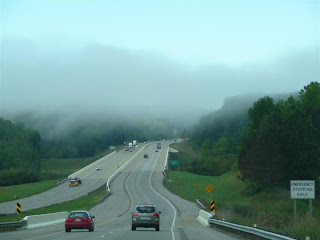 Fog over the Cuyahoga River

About 70 miles short of Columbus, the three lanes of 271 were reduced to ONE. Three lanes to two are OK, as are two to one, but this ground everything to a halt. Eventually we got through to find a couple of construction vehicles and a state trooper. Once through there, we experimented with drafting behind semi's to improve fuel mileage. Gas consumption does drop but it is pretty hard on the nerves. We caught I-70 west of Columbus and headed for Indiana. 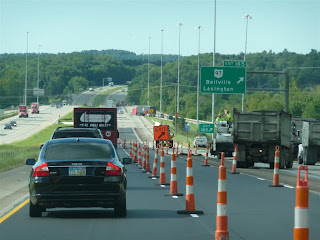 The end of the dead stopped traffic zone 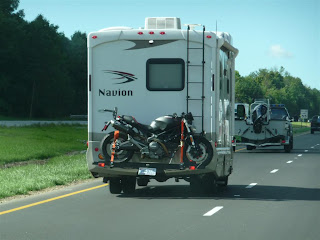 The best way to carry your ride on an RV 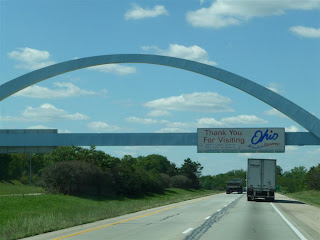 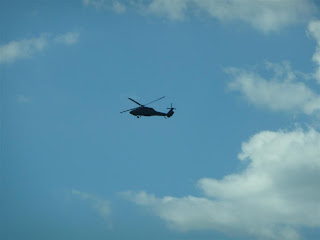 Usually, we go around Indianapolis on I-465 but today we stuck to I-70 right through the city. Most of the state was one long construction zone. I wish when they set out the orange barrels to block a lane, they would set them in a straight line instead of having every third one intrude into the traveled lane. 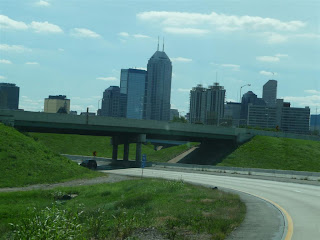 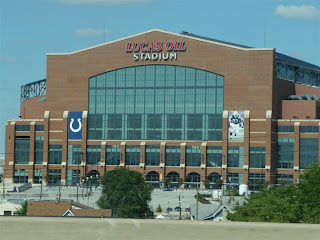 Home of the Colts 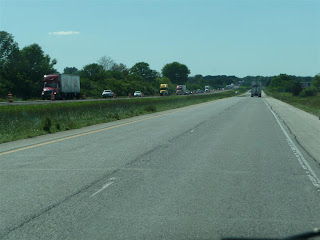 Eastbound traffic backed up due to construction

Entering Illinois, we realized that this was Monday and we needed to find a place we could watch Switched at Birth. I scanned the map and selected Greenville as a likely destination. The Super 8 there answered the phone and the young man said they did have ABC Family on their cable TV system. He asked me to wait while he confirmed it actually worked and then took our reservation. I said we would be in by 7:00 PM. 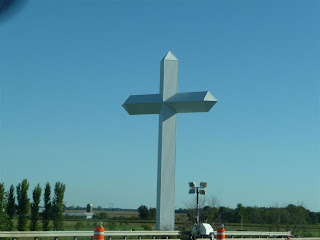 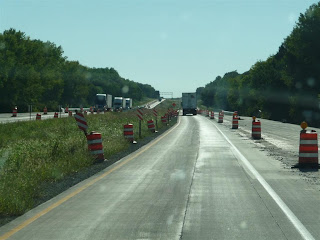 We arrived in Greenville, Illinois and found a very clean and pleasant little town. The Super 8 was nice and the manager, a young man named Om who I had spoken to on the phone, seemed quite competent. We actually arrived about 6:00 PM because I forgot the time change. I parked the rig out back and we walked next door to McDonald's for a McFlurry before settling in to watch our show at 7:00 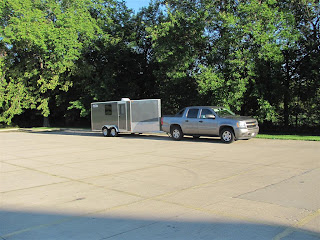 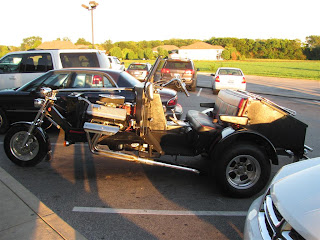 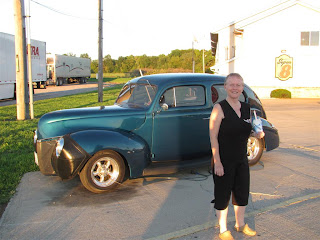 When I signed on to Facebook and the VROC newsgroup, I was overwhelmed by the number of birthday greetings from far and wide. Thank you everyone for thinking of me. I spent the day doing what I love best, on the road going from here to there.